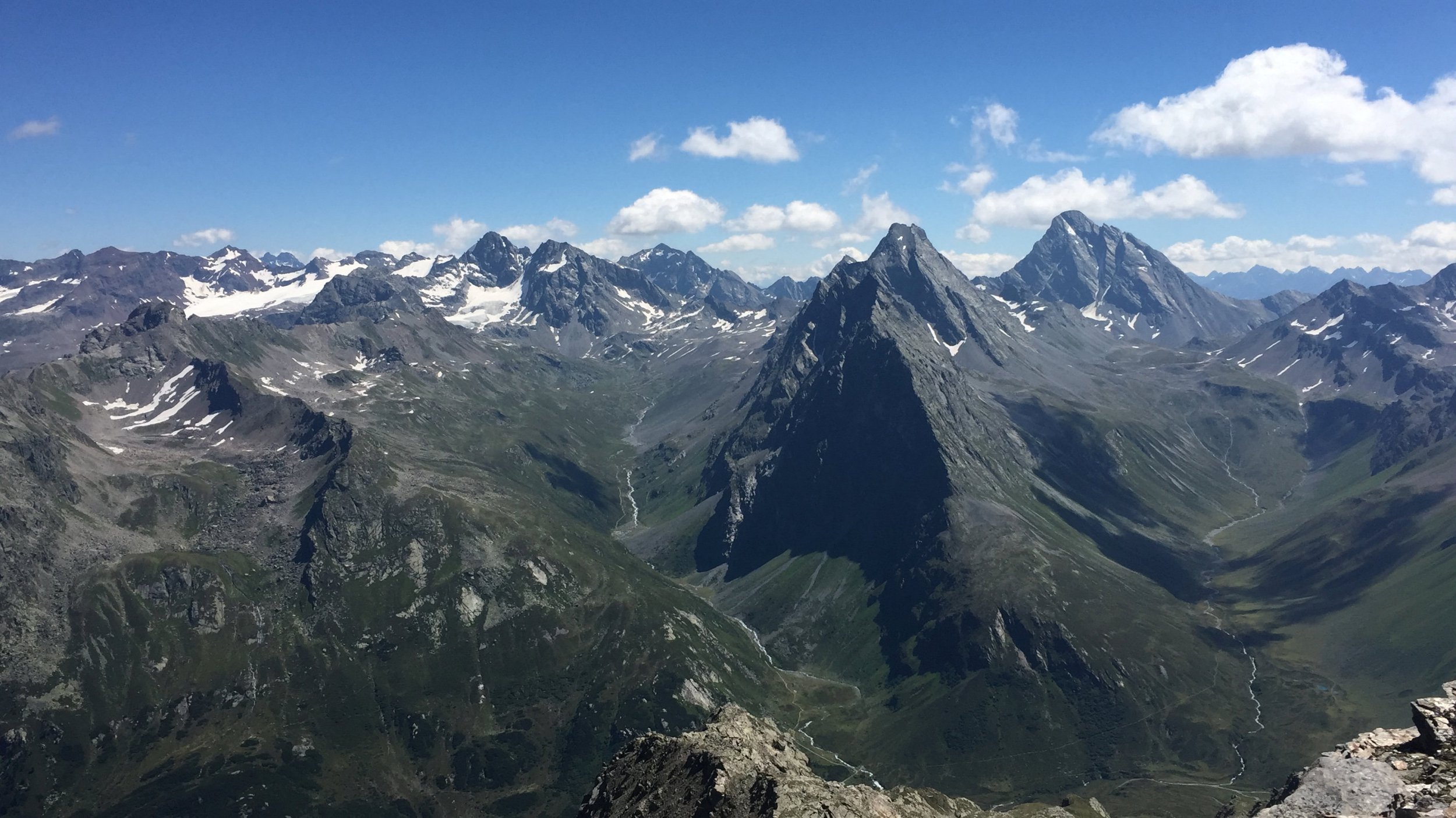 The ‘absolutely massive’ consequences of climate change in the Alps are visible from space, reveals new research.

Global warming is having a ‘particularly pronounced’ impact on the Alpine region, say Swiss scientists, as – just like the Arctic – the mountain range is turning green.

Researchers from the University of Lausanne and the University of Basel used satellite data to show that vegetation above the tree line has increased in nearly 80 per cent of the mountains famous for ski holidays.

Snow cover is also decreasing, albeit only slightly so far, say scientists.

The research team said that melting glaciers have become a symbol of climate change in the Alps.

Now, the reduction in snow cover is already visible from space – but that is by no means the biggest change.

Working with colleagues in Finland ad Holland, the Swiss researchers investigated the change in snow cover and vegetation using high-resolution satellite data from 1984 to 2021.

Plant biomass above the tree line increased in more than 77 per cent of the observed area during the study period..

The researchers say that the phenomenon – known as ‘greening’ – is already well documented in the Arctic.

Study lead author Profesor Sabine Rumpf, of the University of Basel, said: ‘The scale of the change has turned out to be absolutely massive in the Alps.

‘The Alps are becoming greener because plants are colonising new areas and the vegetation is generally becoming denser and taller.’

Previous studies have primarily focused on the influence of global warming on Alpine biodiversity and changes in the distribution of plant species.

But, until now, no one had conducted such a comprehensive analysis of the changes in vegetation productivity in the Alps.

The new study, published in the journal Science, shows that the increase of plant biomass is primarily due to changes in precipitation and longer vegetation periods as a result of rising temperatures.

‘As environmental conditions change, these specialised species lose their advantage and are outcompeted.

The unique biodiversity of the Alps is therefore under considerable pressure.’

In contrast to vegetation, Prof. Rumpf said that the extent of snow cover above the tree line has only changed slightly since 1984.

For their analysis, the researchers excluded regions below 1,700 metres (5,600 feet), glaciers and forests.

In the remaining regions, they found that snow cover had decreased significantly in almost 10 per cent of the area.

Senior co-author and Professor Antoine Guisan, of the University of Lausanne, said: ‘Previous analyses of satellite data hadn’t identified any such trend.

‘This may be because the resolution of the satellite images was insufficient or because the periods considered were too short.’

Professor Grégoire Mariéthoz, also of the University of Lausanne, said: ‘For years, local ground-based measurements have shown a decrease in snow depth at low elevations.

‘This decrease has already caused some areas to become largely snow-free.’

Thne research team warned that as global warming continues, the Alps will turn more and more from white to green, creating a vicious circle:

‘Warming also causes further melting of glaciers and the thawing of permafrost, which may lead to more landslides, rockfalls and mudflows.’

She also pointed out the important role of snow and ice from the Alps in the supply of drinking water and, not least, for recreation and tourism.