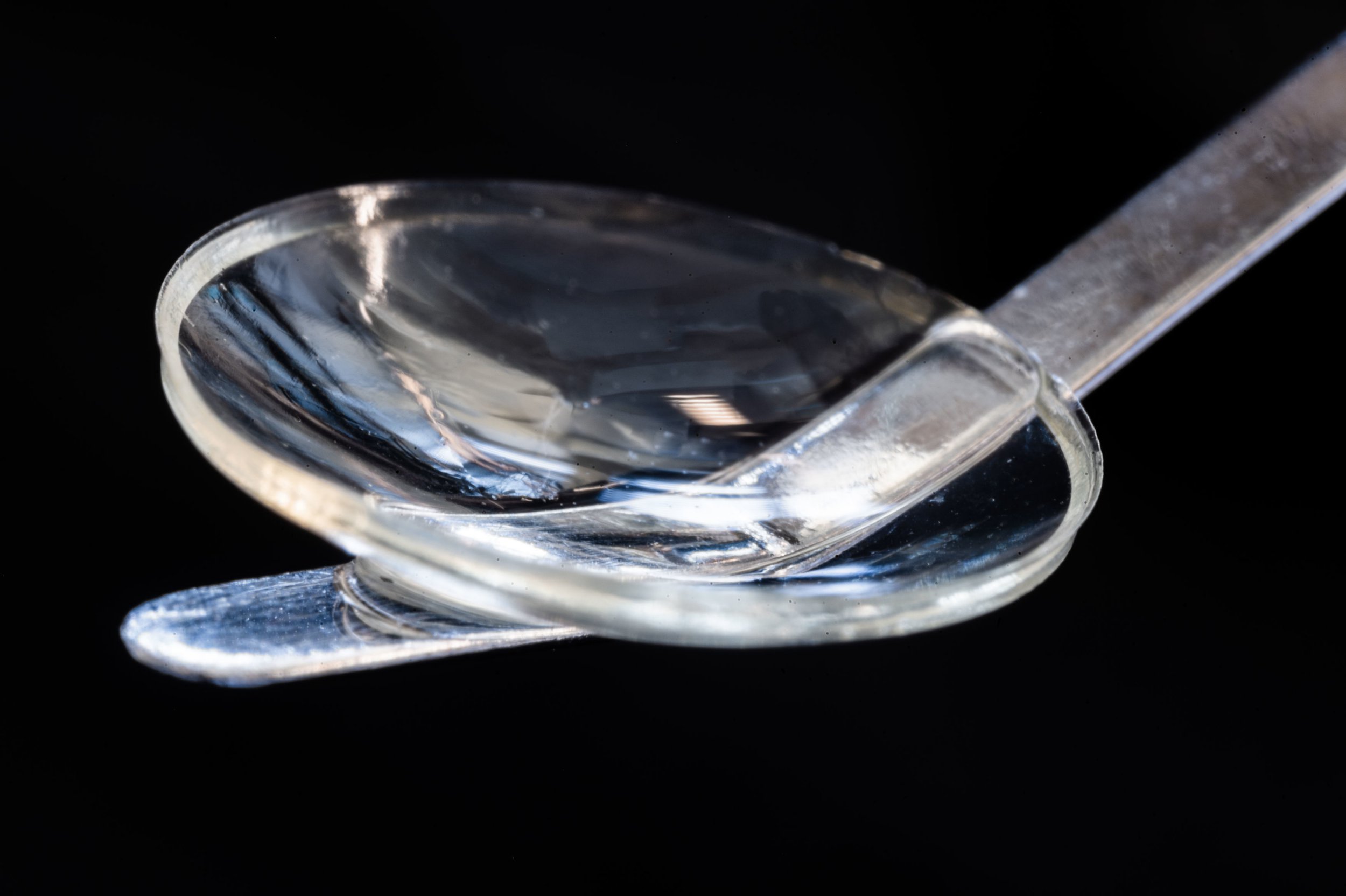 An eye implant made from pig’s skin has restored sight to blind people, according to a new study.

Researchers created the implant, which resembles the human cornea, from collagen protein from the animal.

In a pilot study it restored vision to 20 people with diseased corneas, most of whom were blind prior to receiving the implant.

The scientists say their promising results bring hope to those suffering from corneal blindness and low vision.

The bioengineered implant is an alternative to transplants of donated human corneas, which are scarce in countries where the need for them is greatest.

The cornea is the transparent part of the eye that covers the iris and pupil, and allows light to enter the eye – crucial for the ability to see.

Neil Lagali, professor at the department of biomedical and clinical sciences at Linkoping University, Sweden, was one of the researchers behind the study.

He said: ‘The results show that it is possible to develop a biomaterial that meets all the criteria for being used as human implants, which can be mass produced and stored up to two years and thereby reach even more people with vision problems.

‘This gets us around the problem of shortage of donated corneal tissue and access to other treatments for eye diseases.’

Experts estimate that 12.7 million people around the world are blind due to damaged or diseased corneas, but only one in 70 patients receives a cornea transplant.

And those who need cornea transplants tend to live in low and middle-income countries in which access to treatments is very limited.

Mehrdad Rafat is the researcher and entrepreneur behind the design and development of the implants, and chief executive of LinkoCare Life Sciences AB, which manufactures the bioengineered corneas used in the study.

He said: ‘We’ve made significant efforts to ensure that our invention will be widely available and affordable by all and not just by the wealthy.

‘That’s why this technology can be used in all parts of the world.’

To create an alternative to the human cornea, the researchers used collagen molecules derived from pig skin that is a by-product of the food industry, making it easy to access.

The researchers have also developed a new, minimally invasive method for treating the disease keratoconus, in which the cornea becomes so thin that it can lead to blindness.

Transplant usually involves a patient’s cornea being surgically removed and replaced with a donated one, which is sewn into place using surgical sutures.

Prof Lagali, who led the research group that has developed this surgical method, said: ‘A less invasive method could be used in more hospitals, thereby helping more people.

‘With our method, the surgeon doesn’t need to remove the patient’s own tissue.

‘Instead, a small incision is made, through which the implant is inserted into the existing cornea.’

No stitches are needed with this new surgical method.

The surgical method and the implants were used by surgeons in Iran and India, two countries where many people suffer from corneal blindness and low vision, but where there is a significant lack of donated corneas and treatment options.

Twenty people who were either blind or on the verge of losing sight due to advanced keratoconus received the biomaterial implant.

According to the study, the operations were free from complications, the tissue healed fast, and an eight-week treatment with immunosuppressive eye drops was enough to prevent rejection of the implant.

With conventional cornea transplants, medicine must be taken for several years.

The patients were followed for two years, and no complications were noted during that time.

Before the procedure, 14 of the 20 participants were blind.

After two years, none of them were blind any more, and three of the Indian patients who had been blind before the study had perfect (20/20) vision after the operation.

The research is published in Nature Biotechnology.