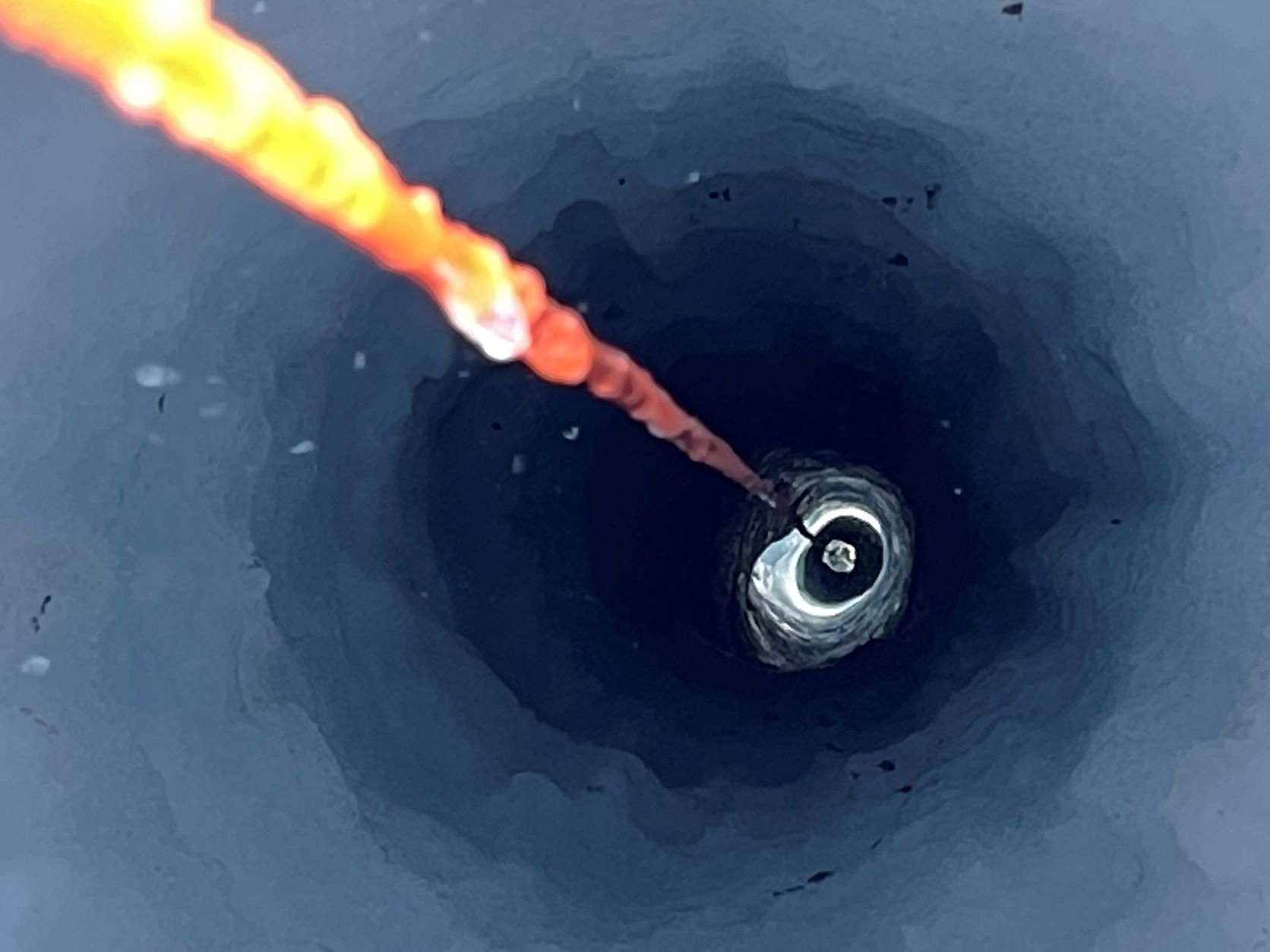 A hidden world of marine life has been discovered living 500 metres below the ice in Antarctica.

These small, shrimp-like creatures were filmed by scientists after they lowered a camera down through a drill hole and discovered a river along the bottom of a cavernous space under the ice.

Although the discovery was made hundreds of kilometers away from the edge of the Ross Ice Shelf, it’s believed the river is an estuary from the sea.

‘For a while, we thought something was wrong with the camera, but when the focus improved, we noticed a swarm of arthropods around 5mm in size,’ said Craig Stevens from the National Institute of Water and Atmospherics (Niwa) organisation.

‘We’ve done experiments in other parts of the ice shelf and thought we had a handle on things, but this time big surprises were thrown up,’ he told the Guardian.

While scientists have known for some time that there’s a network of rivers and lakes underneath Antarctica, they’ve not been directly observed before.

‘We were jumping up and down because having all those animals swimming around our equipment means that there’s clearly an important ecosystem there,’ Stevens said.

The team has left instruments behind in the river to observe the ‘hidden world’ down there, while the researchers investigate the composition of the water.

In March, scientists observed the collapse of an Antarctic ice shelf almost the size of London.

The collapse of the ice shelf which held the Conger and Glenzer glaciers from the warmer water, captured by satellite images, marked the first time in human history that the frigid region of East Antarctica had an ice shelf collapse.

Antarctica is divided into East and West Antarctica, with the Transantarctic Mountain Range separating the two halves. In West Antarctica, the ice is more unstable than in the east, so melting ice and collapsing ice shelves are often observed.