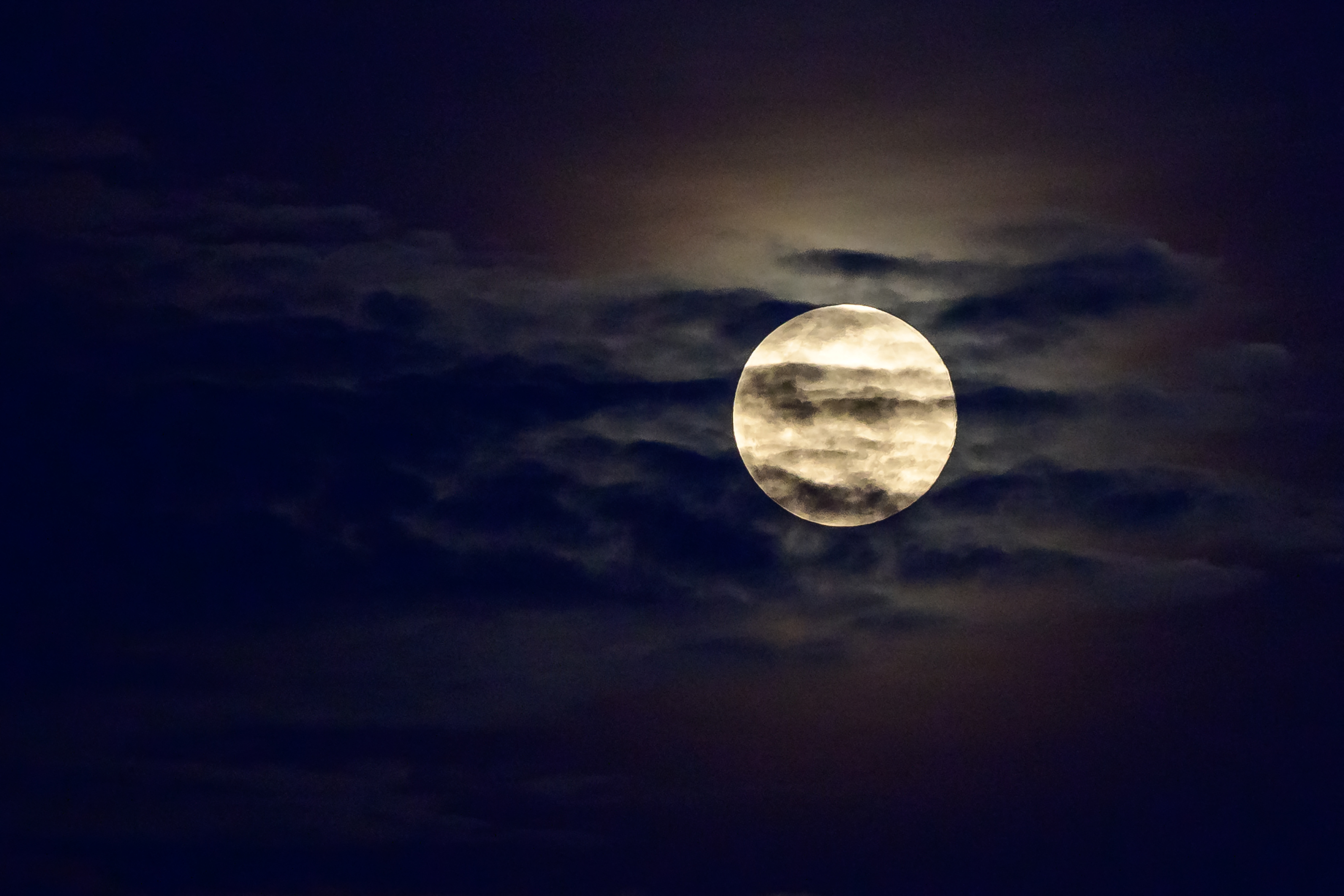 October’s full moon is right around the corner with the tenth of the year set to rise above the UK this weekend.

This month’s full moon, known as the Hunter’s Moon, is so named as it came to signify the ideal time for hunting game.

As you can tell if you step outside, there’s a chill in the air as autumn arrives so people would be hunting game to plan for the cold months ahead.

Unlike some of the previous full moons in 2022, the Hunter’s Moon will not be a supermoon.

But that doesn’t mean the spectacle will be any less impressive. And, providing there’s no cloud cover, everyone in the UK will be able to enjoy it.

Just make sure you wrap up warm.

When is the October full moon?

The upcoming October full moon – the Hunter’s Moon – will be in the skies on the night of Sunday, 9th October.

According to astronomy experts, it will reach its peak brightness at 8.54pm – but it will obviously be illuminating the sky all night long.

In fact, although the peak full moon happens on Sunday night, it will still seem like a full moon on both Saturday and Monday.

There will be a lot for astronomy fans to look at as the Draconid meteor shower is also set to peak on 9th October. However, the light from the moon will easily outshine the shooting stars.

Why is it called the Hunter’s Moon?

Like all moons in the celestial calendar, the October full moon has a name related to its role in the seasons.

The Harvest Moon is the name given to the full moon that falls closest to the equinox, meaning it happens in either September or October.

The Hunter’s Moon is the full moon that follows the Harvest Moon. Traditionally, farmers would harvest their crops by the light of the Harvest Moon and then go off hunting for animals who came out to root through the scraps during the following months.

What is the next full moon?

The next full moon will be the Beaver Moon on the 8th of November.

It gets its name as beavers typically start building dams for the winter months in November.

The November full moon is sometimes known as the Frost Moon as winter frosts historically began to take their toll during this time.