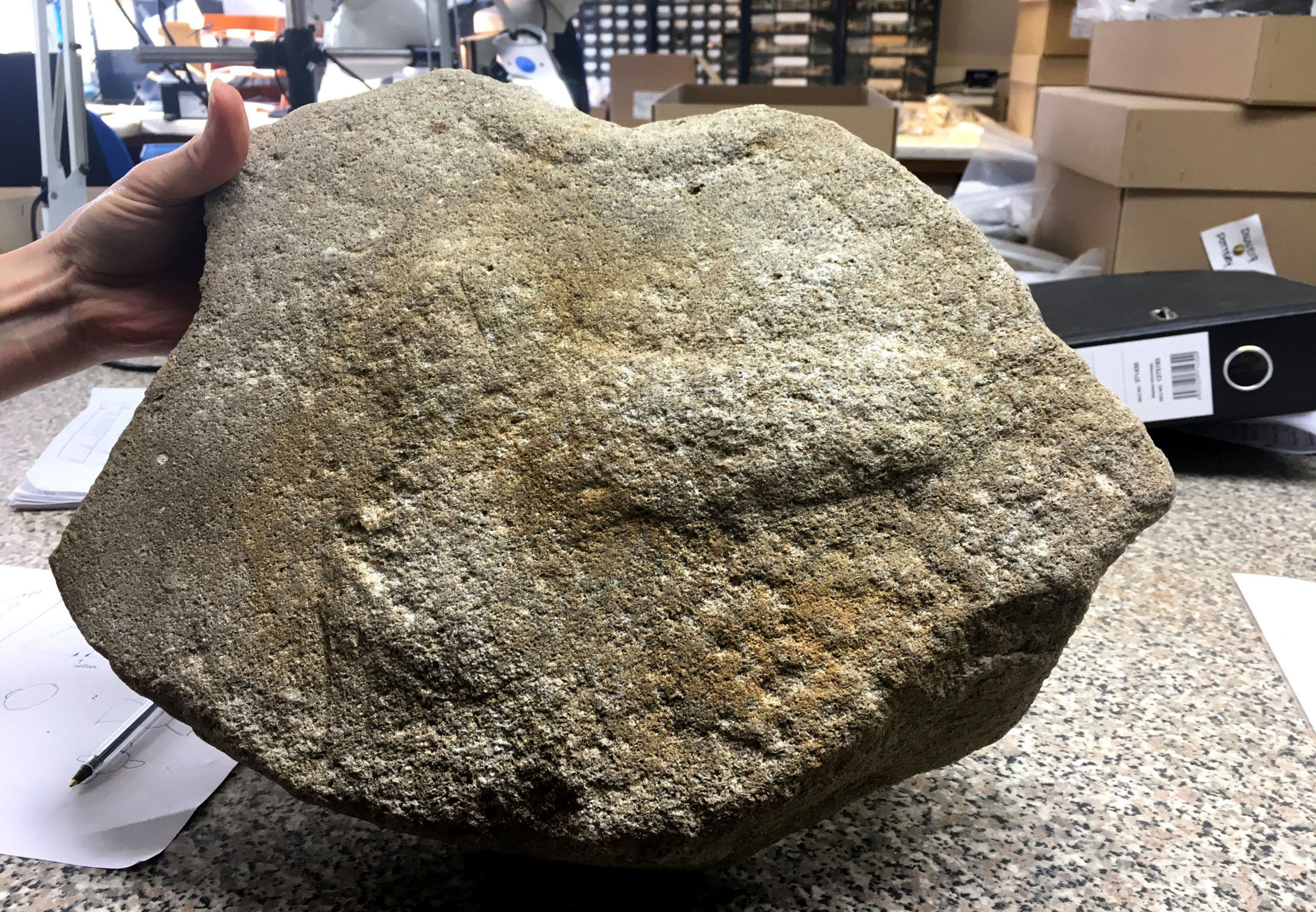 An ancient Roman millstone, dating back two centuries, has been found by workers on the A14 road.

The artifact was made even more noteworthy due to the fact a massive stone cock was engraved on it.

The rock-hard discovery was actually uncovered during works on the 21-mile stretch of road between Cambridge and Huntingdon in 2017 and 2018.

But the impressive knob symbology was only recently discovered by archaeologists.

Steve Sherlock, Highways England’s Archaeology lead for the A14, said the penis was seen as an ‘important image of strength and virility in the Roman world’ and was believed to give good luck.

Archaeologists said the carving may have been intended to give protective properties to the millstone and to the flour it produced.

The new road opened in May last year, and there were many archaeological finds during the project including a woolly mammoth tusk.

There were also woolly rhino skulls, an abandoned medieval village and the earliest evidence of beer brewing in Britain, dating back to as early as 400 BC.

Mr Sherlock said the millstone is important as it ‘adds to the evidence for such images from Roman Britain’.

‘There were known associations between images of the phallus and milling, such as those found above the bakeries of Pompeii, one inscribed with Hic Habitat Felicitas – You Will Find Happiness Here,’ he said.

‘The phallus was seen as an important image of strength and virility in the Roman world, with it being common practice for legionaries to wear a phallus amulet, which would give them good luck before battle.’

They discovered two crosses inscribed on the circumference of the quern, a simple hand mill for grinding corn, typically consisting of two circular stones.

They also found the phallus carving on its upper face.

The millstone had been broken during its use and was then adapted, which preserved the carvings as it was then reversed to be used as a saddle quern, one of the bed stones used in the grinding process, hiding the genital carving.

More than 300 querns and millstones were recovered during archaeological work on the A14 project.

Decorated querns and millstones of any date are extremely rare, with only four such Roman millstones discovered from around a total of 20,000 nationwide.

While crosses on such stones are more prevalent, these tend to be found only at military sites.

Dr Ruth Shaffrey, from Oxford Archaeology, said: ‘As one of only four known examples of Romano-British millstones decorated this way, the A14 millstone is a highly significant find.

‘It offers insights into the importance of the mill to the local community and to the protective properties bestowed upon the millstone and its produce (the flour) by the depiction of a phallus on its upper surface.’