CURTIS WESTON is dreaming Chesterfield can cause the biggest FA Cup shock ever at Stamford Bridge – but he has already made competition history.

The midfielder will play for a National League team taking on a Chelsea side not just 91 places above them in English football’s pecking order but also the reigning European champions. 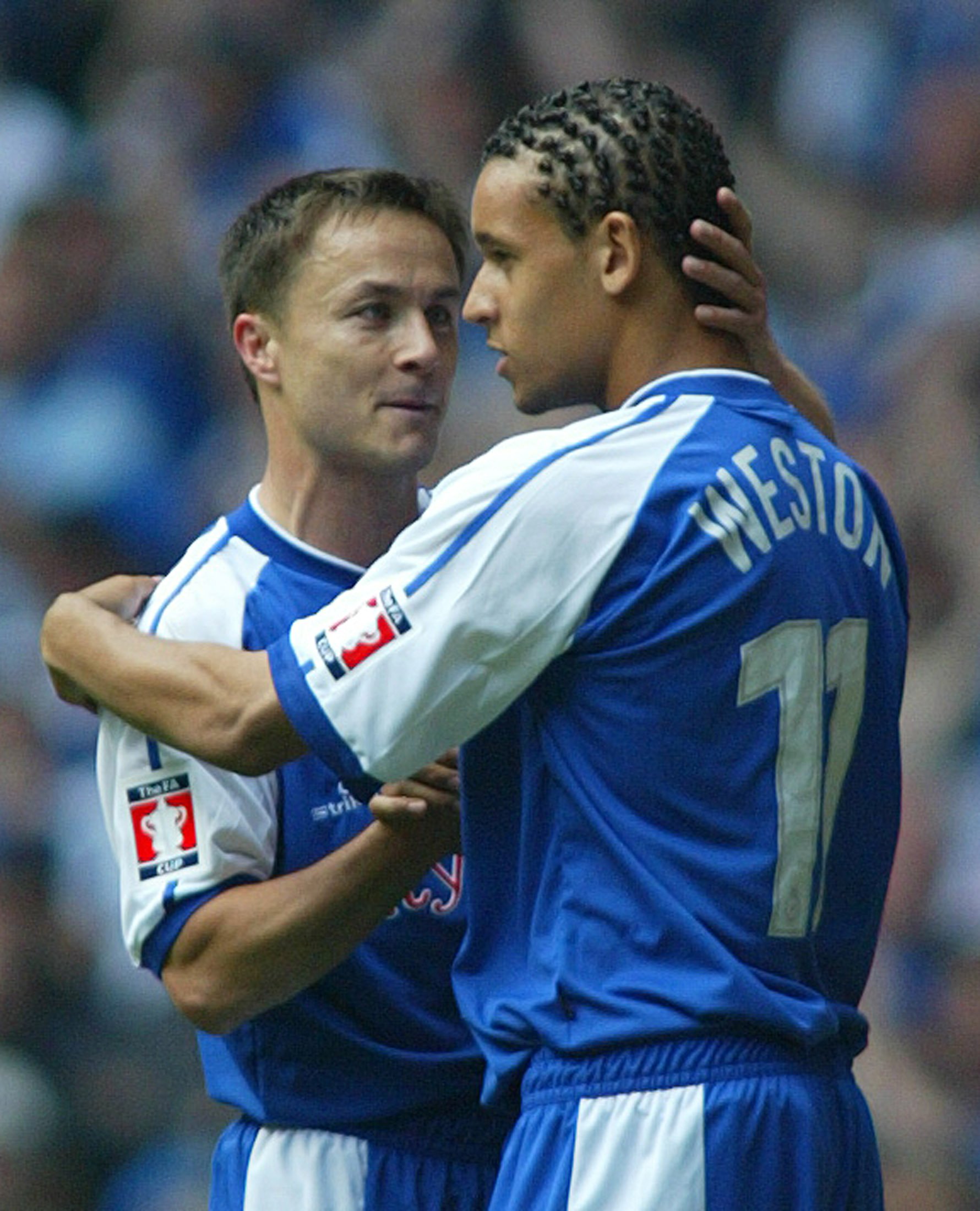 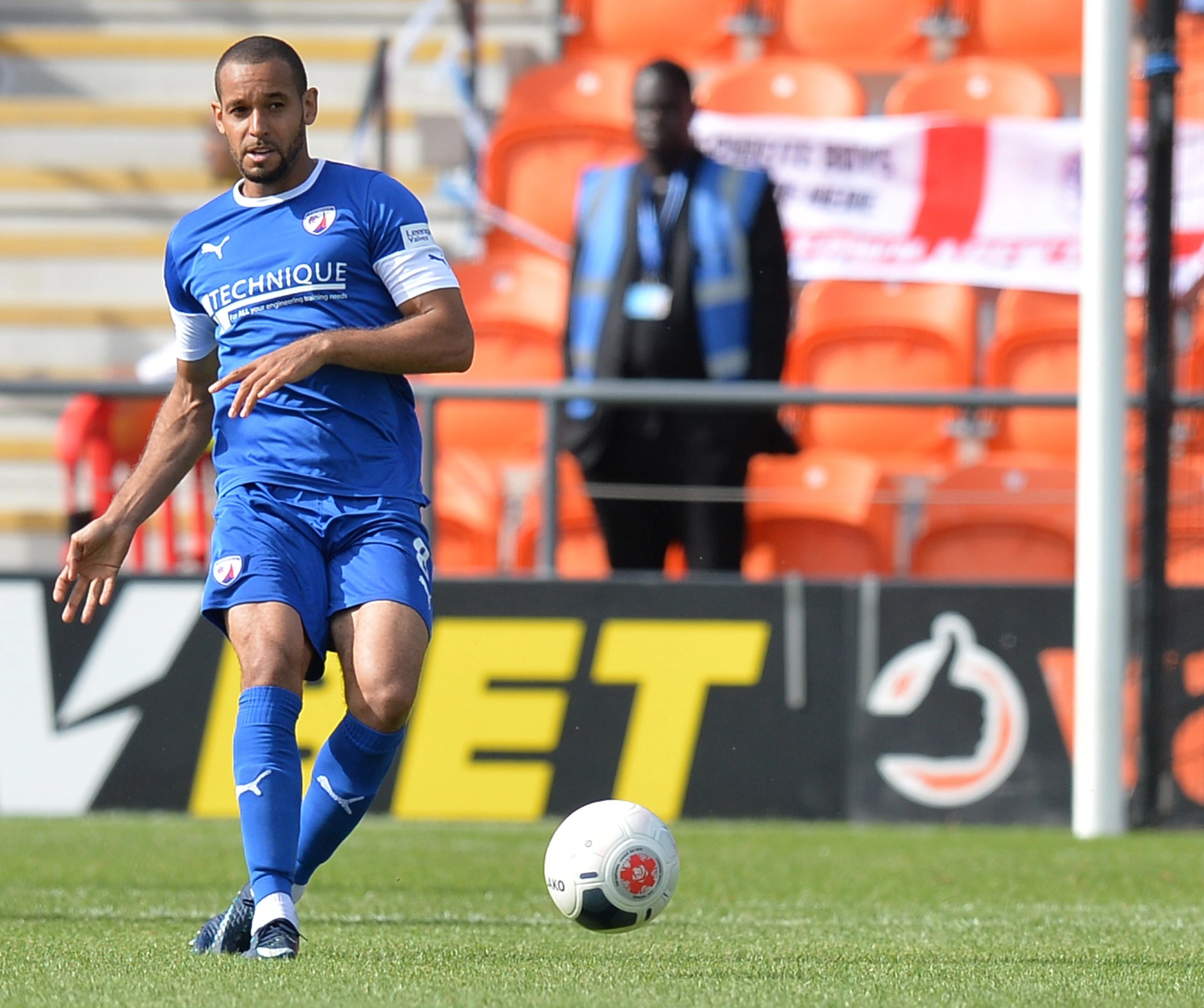 But the Spireites captain is also the youngest player to appear in an FA Cup final.

Weston, now 34, came on as a late sub for Millwall player-boss and Chelsea legend Dennis Wise aged 17 years and 119 days against Manchester United in a 3-0 defeat at the Millennium Stadium in 2004.

He told SunSport: “I’d only made my debut in the Championship as a sub two weeks earlier against Bradford.

“I never thought I’d get on against the likes of Paul Scholes, Ruud Van Nistelrooy and Nicky Butt.

“I was happy to just be around Millwall players like Paul Ifill, who I watched from the terraces as a kid.

“And I was learning from top-calibre players like Tim Cahill and Dennis Wise.

“It was also good just to be able to stay in an expensive hotel for the first time and the size of the changing room at the stadium and the warm-up area in it blew me away.

"And then there were the suits we had to wear on FA Cup final day. Everyone had theirs fitted but mine was just given to me so it was hanging off me a bit!”

With the game already lost with a minute left plus stoppage time, Weston made history after another Chelsea legend, the late Ray Wilkins, told him he was going on.

I came on, looked round and Paul Scholes was standing next to me for about a second. I looked away and he was gone. It was unbelievable – we’re 90 minutes in and he’s still moving around like that.

He said: “I was warming up and soaking up the atmosphere when Ray, who was assistant, ushered me over and told me to get ready.

“I was so nervous to be facing world-class stars and it was just a case of trying to get close to some of my idols.

“Scholes was my favourite all-time player. I came on, looked round and he was standing next to me for about a second. I looked away and he was gone.

"It was unbelievable – we’re 90 minutes in and he’s still moving around like that.

“I did manage a sliding tackle on Van Nistelrooy and went in for a 50-50 with Butt.”

At the end, Weston managed to nab the shirt of Mikael Silvestre, widely considered one of the best defenders during Sir Alex Ferguson’s United reign.

That memento – alongside his own shirt and runners-up medal – is framed and at his aunt's home in Dartford. 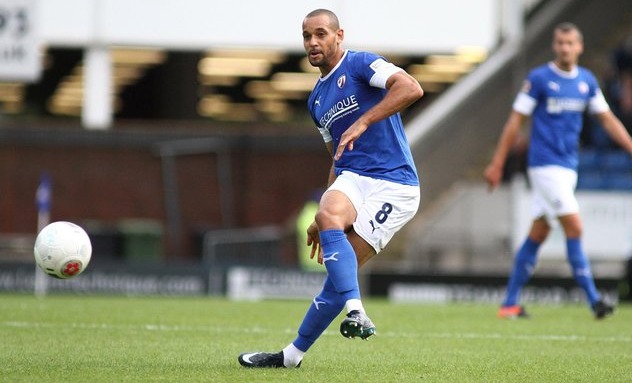 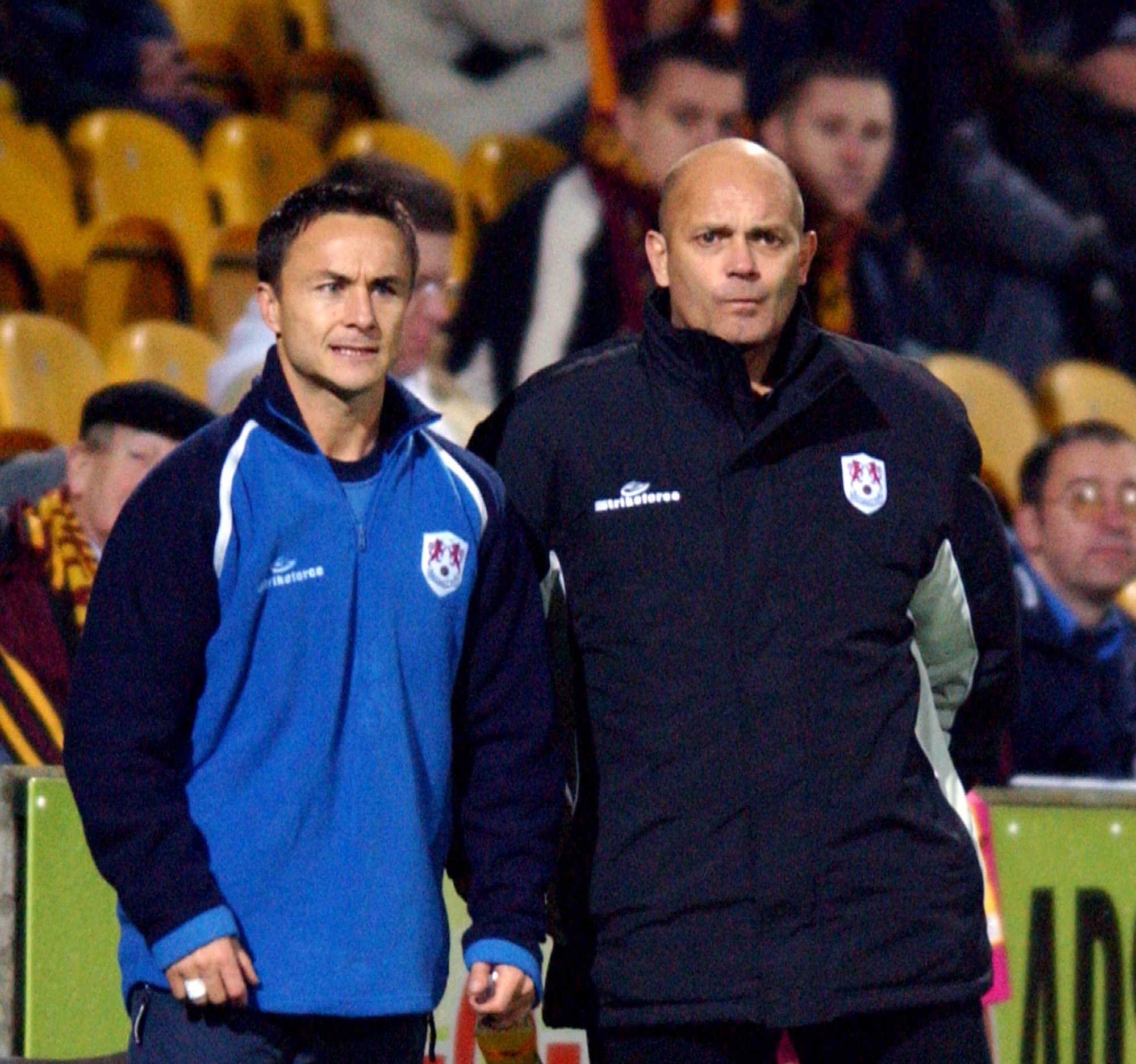 Weston, who signed for Millwall after impressing in a youth trial game against Chelsea, is indebted to Wise and Wilkins for grounding him.

Wise made 332 appearances for the Blues while Wilkins played 179 games as well as enjoying various coaching spells with them – and both were his mentors.

He said: “Ray always had time for me and wanted to improve my game.

“And it wasn’t just teaching youngsters like me but also the older lads. He even helped improve an exceptional talent like Jody Morris at Millwall.

“Everything flowed with Ray. He’d always get involved in keep balls and rondos. Even approaching 50, he’d never give the ball away.

“Wisey would ask him to take a corner in training – and Ray would ask, ‘How do you want it, fella? Right foot? Left foot? Inswinger? Outswinger?’ Whatever, he’d nail it.”

I couldn't afford to go out with some of Millwall's top-earners so asked Wisey if I could borrow some money. He took some notes from his wallet and said, 'Take this and don't be embarrassed if you need more'"

Weston revealed how he asked to borrow cash from Wise while on a pre-season tour to Canada with the Lions … so he could get a round of drinks in.

He said: “I was around first-team players like Jody who were earning far larger amounts and got embarrassed because I couldn’t afford to go out with them.

“So I asked Wisey if I could borrow some money and before I finished the sentence he was taking notes from his wallet, saying ‘Just take this and don’t be embarrassed if you need more.’

“It wasn’t a case of me trying to keep up with the others while out but at least I could buy a round of drinks.

“I went to pay it back when we returned home but Dennis said he didn’t want it.

“Wisey led by example. After he finished playing, he’d go on 5k and 10k runs to keep fit. He instilled into me that work ethic.

“The biggest piece of advice he gave me was, ‘Never let anybody out-work you.’ That’s why he had such a great career.”

Weston followed Wise to Swindon and Leeds where he also enjoyed working with another Chelsea old-boy, Gus Poyet.

He said: "I enjoyed both clubs but can safely say Leeds was the best for me because I absolutely loved my time there. Obviously, they're a huge club who were playing in League One at the time with incredible facilities. 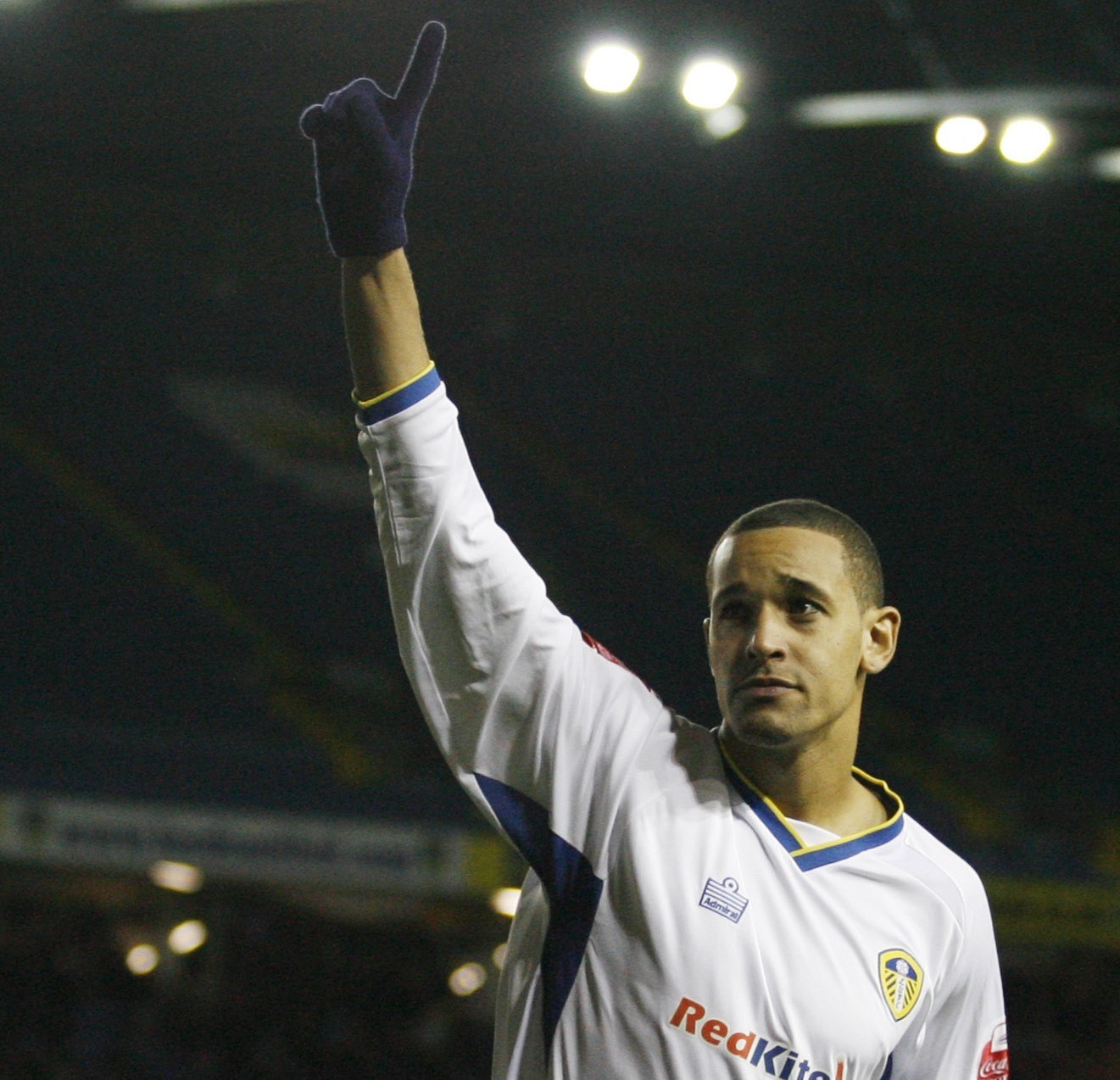 "I loved playing with people like Jonny Howson and Tore Andre Flo.

"But Leeds was the best city I lived. It was good for shopping, going out and just the people up there. I'm a Southerner and will happily admit Northerners are friendlier!"

But it was at Gillingham where he tasted his biggest success – winning promotion to League One via the play-offs in 2009.

However, he spent six seasons with Barnet, suffering relegation from the EFL twice and enjoying one promotion.

Jamal Lowe let the ball roll over his foot and Edgar Davids told him to leave the training pitch. It was a genuine mistake but that was the last time I saw him at Barnet."

Weston said: “Look how well Jamal Lowe is doing at Bournemouth but, when he was at Barnet, he let the ball roll over his foot when it was passed out to him in training.

“Then it happened a second time. It was a genuine mistake but Edgar told him to get off the pitch. That was the last time I saw him at Barnet.

“Jamal dropped down the leagues, worked on things and now he’s flying.

“There’s two ways of looking at it – Edgar was either harsh or demanding. If the standards were not met, see you later.

“But he’s a generous man. On our way back from an away game once, we stopped at Nando’s and he told us to order whatever we wanted and he’d pick up the tab.”

Weston is in his fourth season at Chesterfield and cannot wait for the Chelsea challenge. 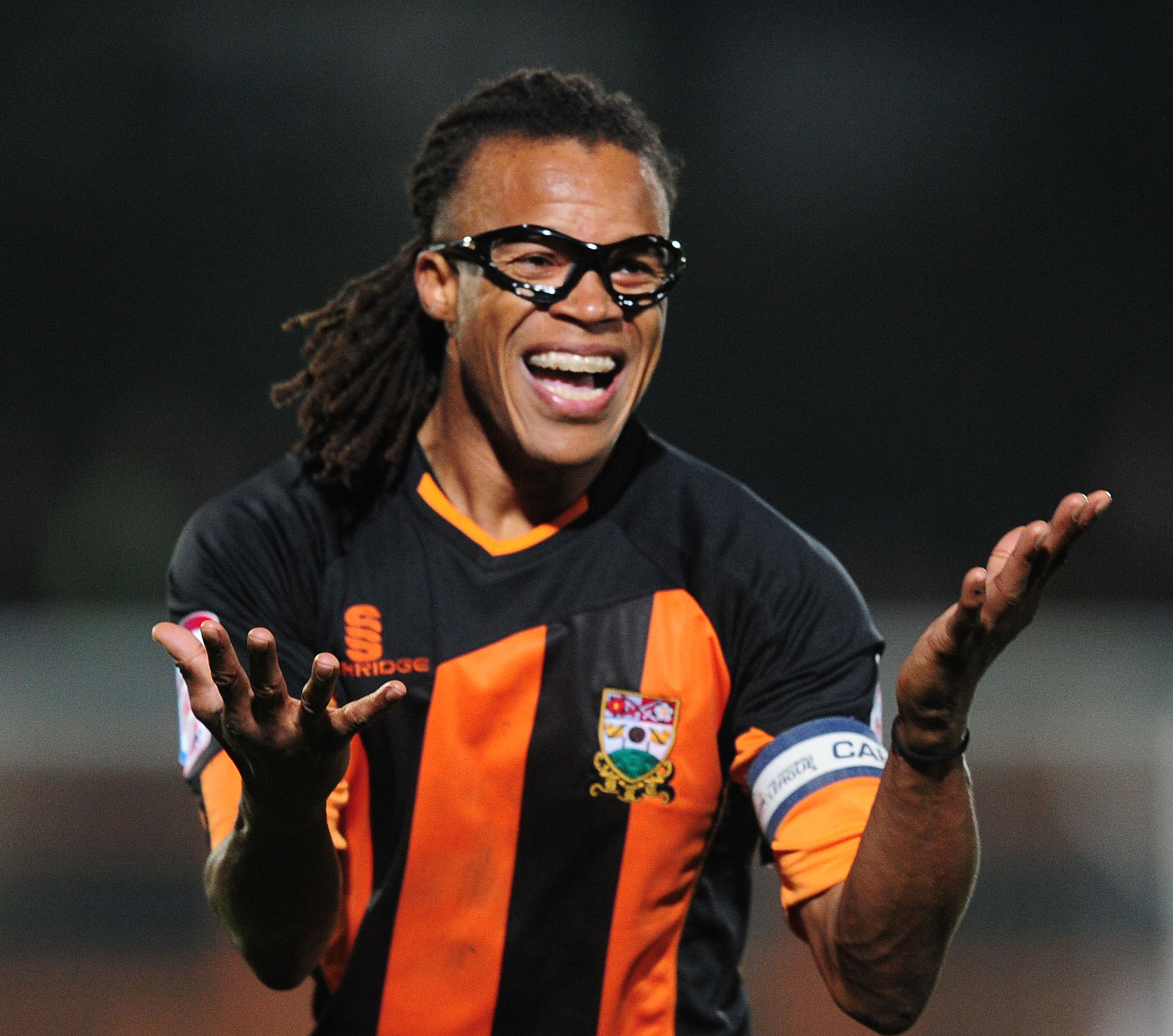 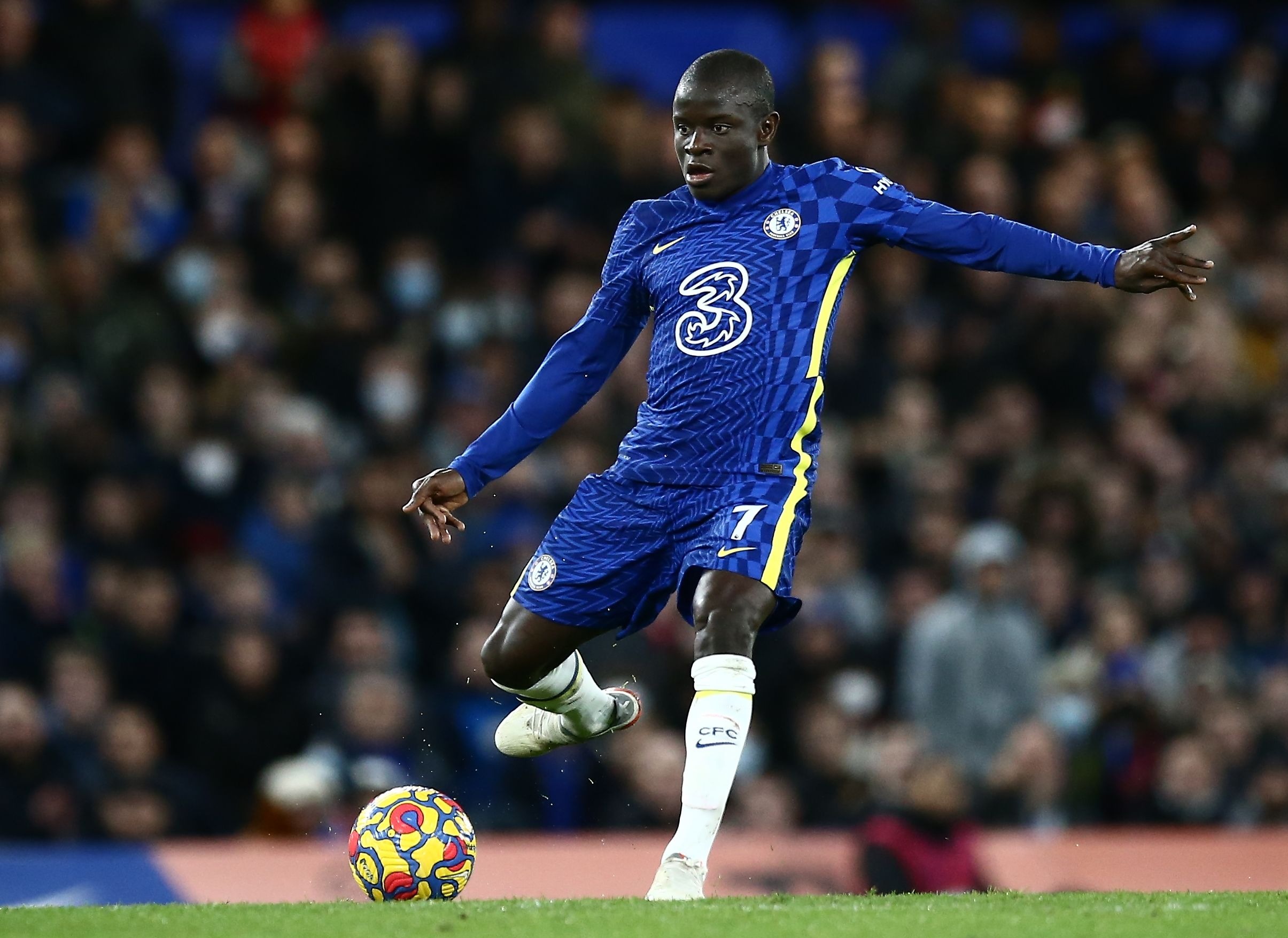 Asked whose shirt he wanted, he said: “If he plays, N’Golo Kante. He’s my favourite player because of his work ethic, endeavour and willingness to work hard for the team.

“I love his humbleness on and off the pitch. There’s nothing big-time about him.

“Not long ago, he went to a fan’s birthday party and stayed the whole evening. That’s class.

“There’s no expectation on us at Stamford Bridge and whoever plays for Chelsea, because I’m sure they’ll rotate, it’ll be a privilege to share the same pitch.”