ARGUABLY the best race of the week at York takes place on Wednesday – the Group 1 Juddmonte International.

Ghaiyyath has put right plenty of wrongs so far this campaign but faces his toughest test yet. Can anyone topple Charlie Appleby's star? Callum Jamieson takes a look. 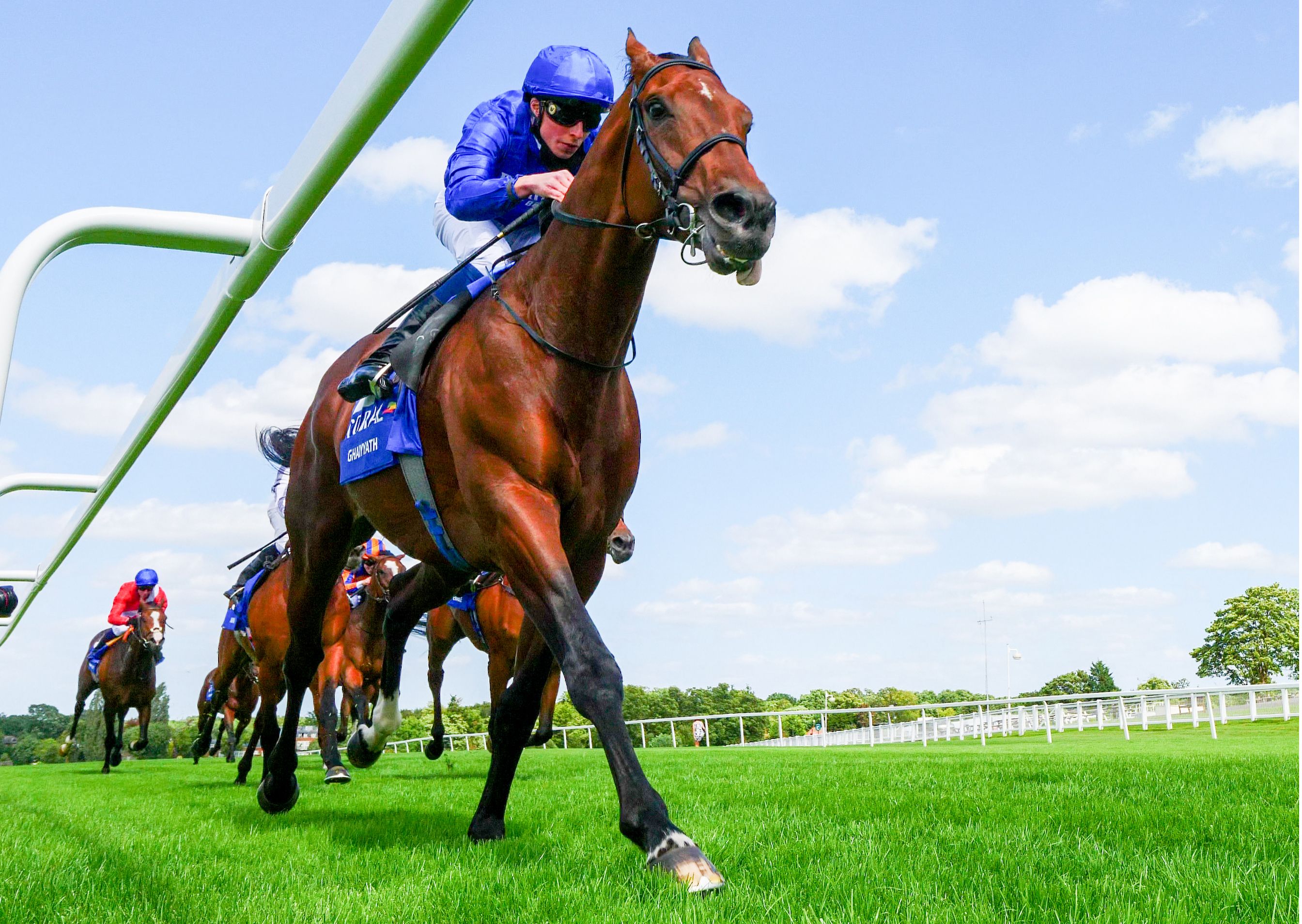 T&Cs: New customers only. Place your FIRST bet on any sportsbook market and if it loses we will refund your stake in CASH. Max refund for this offer is £20. Only deposits made using Cards or Apple Pay will qualify for this promotion. T&Cs apply. Paddy's Rewards Club: Get a £10 free bet when you place 5x bets of £10+.

The potential was always there, but Ghaiyyath has ironed out his quirks this year and taken all to the sword.

He was a horse that tended to beat himself. But this campaign he has kept his form up from one run to another, for the first time.

On ratings he is the best of these, and his defeats of Enable and Stradivarius add strength to his form, even if they had excuses.

There's not much juice in his price and ground dependent he could well go off odds-on if it stays relatively dry.

The track should suit him better than Sandown and he's had the chance to freshen up since the Eclipse. There is little you can fire at him in terms of negatives on paper – he's the one they all have to beat.

Fair play to connections who once again have thrown their hat into the ring and not shirked a confrontation on the racecourse.

The 2000 Guineas winner has not tasted success since, albeit with excuses on both runs since. It was obvious to all he failed to stay in the Derby before a hard-luck story in the Sussex.

It's unlikely he would have bettered Mohaather at Goodwood, but we'll never know.

What we do know is he tries ten furlongs for the first time and this could well be his best trip. He gets a handy 7lbs too, and if he is to become a real top-class animal, this is the kind of race he needs to make an impact in.

For me, he's still best watched at current prices, but he adds a serious level of intrigue to an already fascinating race.

Often the bridesmaid when Enable is in town, she's shown before what a star she is in her own right.

She has a bit to find on the numbers with the mighty Ghaiyyath but will at the very, very least ensure Appleby's horse is made to sweat.

If he is anywhere under his level shown at Sandown or Newmarket then you can bet your bottom dollar Aidan O'Brien's star will be there ready to pounce.

She is the most versatile of the field and if the forecast rain does have a big effect on the going, she'll certainly be less affected than most.

Ryan Moore is unlikely to go toe-to-toe with Ghaiyyath, but Magical tends to be ridden positively and it's unlikely Ghaiyyath will get an easy time of things.

From a Group 3 win at Haydock to a Prince Of Wales's hero in ten days. Not many can work the way John Gosden does.

Lord North has progressed no end since his days of handicapping, but this may be one step too far.

He'd be the happiest of these if the rain comes in droves, so I'm hesitant to rule him out completely.

But, to an extent, I believe his Ascot win flattered him a tad.

He was kept in the rear throughout and they had gone a mighty gallop up top. His turn of foot was quickly praised, but it may have been more of a case of those stopping in front of him.

This is a deeper test again, and I'm happy to leave him alone from a betting perspective.

T&Cs: New customers only. Place your FIRST bet on any sportsbook market and if it loses we will refund your stake in CASH. Max refund for this offer is £20. Only deposits made using Cards or Apple Pay will qualify for this promotion. T&Cs apply. Paddy's Rewards Club: Get a £10 free bet when you place 5x bets of £10+.

Connections will be cursing their luck with the forecast. But if the rain holds off then he is in with a shout here.

Despite being five he's clearly still kicking forwards and his last win over course and distance was a clear career best.

His odds probably accurately reflect his chance, and with only six runners, each-way plays are limited, but he deserves a crack.

The real oustider and it's hard to see her being good enough for this.

But with the lack of numbers it is hard to blame connections for having a go.

She's gutsy, gets a bit of weight but this demands much, much more.

Good to Soft, or worse: