Winx's owners are adamant the four-time Cox Plate heroine could have won either The Everest or the Melbourne Cup if aimed at those races.

A "dusty" Peter Tighe had barely a couple of hours sleep when he fronted up to watch Winx wade through shallow waters at Altona early on Sunday, less than 24 hours after the mare ripped up racing's record books. 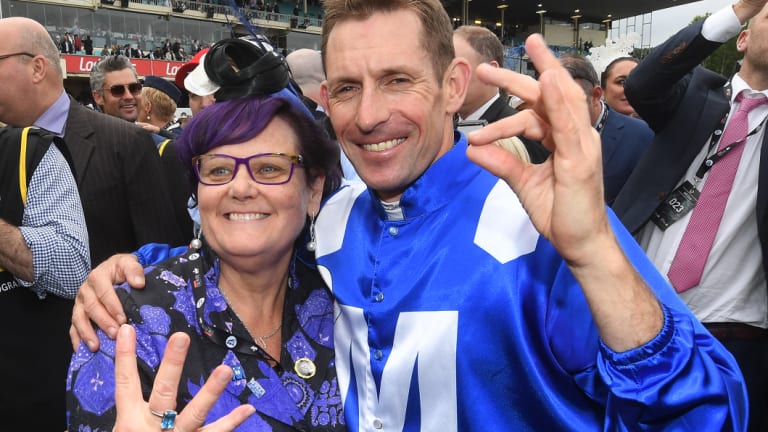 While trainer Chris Waller and the connections want to delay a decision on Winx's future until the new year, they are more certain about her ability to win the sapping two-mile test at Flemington as attention now turns to the Melbourne Cup.

"We're happy with what we've done. We don't want to go into unchartered waters, but we do have no hesitation in saying we think she could win anything she was trained for."

Racing Victoria's chief handicapper Greg Carpenter stressed before Winx's third Cox Plate win last year she would likely be allotted 64.5kg if entered for a Melbourne Cup. He quipped after her stunning fourth Cox Plate win on Saturday that her Melbourne Cup mark would again be well into the 60s if she had pursued that path this year.

Tighe will have a more realistic weight to deal with when Geelong Cup placegetter Finche, a horse he part owns, lumps 54kg in the $7.3 million test next Tuesday after catching the eye in his first Australian run for Waller.

"It's certainly a bit bullish to be even imagining [winning a Melbourne Cup after four Cox Plates]," he said. "But we're in racing and we love it. That's why we buy horses for. We buy them to win races and we buy them to win the big races if we can.

"He's a big striding horse and he's untapped. We're hoping that comes to the fore on the first Tuesday in November and he hits his straps then. He's a bit of an unknown quantity, but I think he's a live chance."

The brains trust behind Winx won't be rushed into making a decision about whether to call time on her career and 29-race winning streak as she prepares to head to the spelling paddock. Her owners maintain it will be a decision "that's all up to Winx".

"Chris has always said it's race by race, but you've got to really look at her now," part owner Debbie Kepitis said. "It's got to be a really considered decision.

"Look, if she's great and she says she wants to race but Chris doesn't think she should then she won't. We can't speculate. You can't say [she will try to win] five Cox Plates, you can't say it's not five Cox Plates. But I doubt [she'll be back to Moonee Valley]."