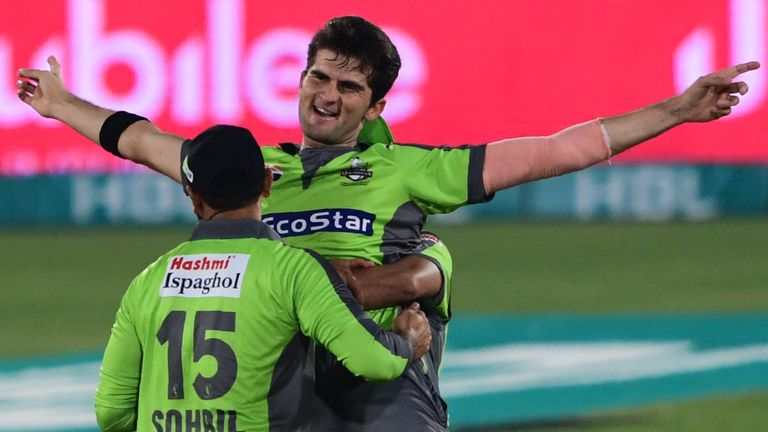 Their footballing counterparts went from strugglers in the 2014-15 Premier League to shock champions a year later, toppling the might of Manchester City, Manchester United and Arsenal.

Now, Qalandars are on the verge of sealing the ultimate turnaround, with the Lahore franchise one win away from following four years of bottom-placed finishes in the PSL with the title.

Another season of struggle looked in store as Qalandars began 2020 with three successive defeats and four in their first five but four victories in their next five sealed a play-off place before the coronavirus-enforced break in the spring, and now back-to-back triumphs over Zalmi and Multan Sultans in the play-offs at the weekend have taken them through to their maiden final. There are a number of similarities with Leicester that have been crucial to their momentum shift.

Both possessed a pacey striker. For Leicester that was, and still very much is, Jamie Vardy, who struck 24 Premier League goals and frequently left defenders for dead in the Foxes’ title triumph.

For Lahore that pacey striker is fast bowler Shaheen Shah Afridi, with the left-armer bagging a PSL-high 17 wickets in 11 games so far this season, with a best of 4-18.

Like Vardy, Shaheen has also stepped up when his team has needed him, including on Sunday evening when his two-wicket burst late on – having previously left the field temporarily due to an apparent side strain – extinguished any hopes Sultans had of getting back into the contest.

Sultans had rallied from 122-7 to 155-7 chasing 183 with Khusdil Shah finding the fence but the batsman then hoicked Shaheen to the fielder at deep midwicket and the bowler had Mohammad Ilyas caught behind by wicketkeeper Ben Dunk next delivery. Game over. Leicester’s Premier League success was also notable for the solidity of goalkeeper Kasper Schmeichel and, in Dunk, Lahore have a gloveman they can rely on, too.

The Australian has not fired with the bat in the play-offs but has contributed 289 runs overall, including a riotous 99 not out from just 40 balls against Tuesday’s opponents Karachi in March, an innings which featured 12 sixes, while he also smoked 10 maximums in a 43-ball 93 against Quetta.

Dunk has also been sharp behind the stumps, with his four catches in Sunday’s win over Sultans, including a fine diving take to remove Shan Masood and then a magnificent one-handed grab to dismiss Ilyas after Shaheen found the edge. The dismissal of Sultans skipper Masood was particularly key, with Sultans 102-2 in the 12th over at that stage and well placed in the chase.

Like Leicester, Qalandars have been grateful for their experienced players steering them through games. For the Foxes, it was centre-backs Wes Morgan and Robert Huth, while for Lahore it has been David Wiese, Samit Patel and Mohammad Hafeez.

At 111-5 in the 15th over batting first against Sultans, Lahore’s hopes of qualifying for the PSL final looked in real jeopardy, only for Wiese and former England star Patel, both of whom are 35 years old, to plunder 67 runs from the final five overs to lift Lahore up to 182-6, which proved a winning total as Wiese capped a superb day out with three wickets and a fantastic boundary catch. 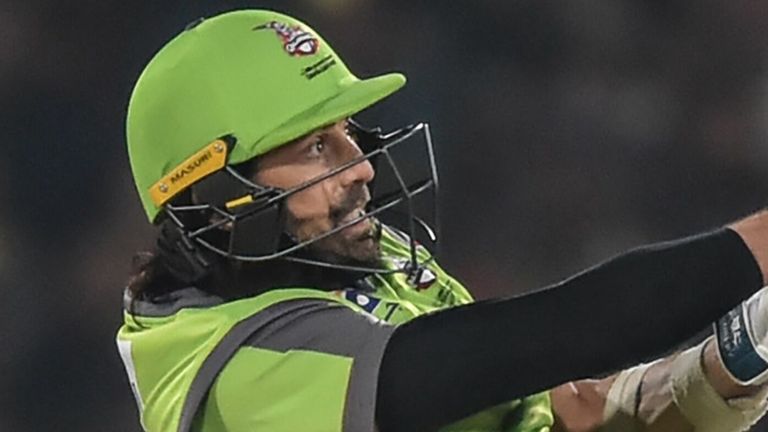 Nottinghamshire all-rounder Patel’s other key contributions this term have been a 40-ball 71 against Quetta and stunning figures of 4-5 in the reverse fixture against the Gladiators.

At 40, Hafeez makes Wiese and Patel look like whippersnappers but he is showing no signs of diminishing returns – his successive half-centuries for Pakistan against England this summer testament to that – with only Karachi captain Babar Azam (410) managing more runs than Hafeez’s 310 in the 2020 PSL.

The veteran was skittish against Sultans on Sunday, dropped on 12 and 13 before being dismissed for 19, but played a vital knock a day earlier, with his unbeaten 74 from 46 balls underpinning a successful chase of 171 to knock out Zalmi.

The PSL is now braced for the final it always wanted but, up until now, has never had. At last, the franchises from Pakistan’s biggest two cities are meeting in the glory game. It’s just a shame that fans will only be able to watch on television and not from inside the National Stadium in Karachi. 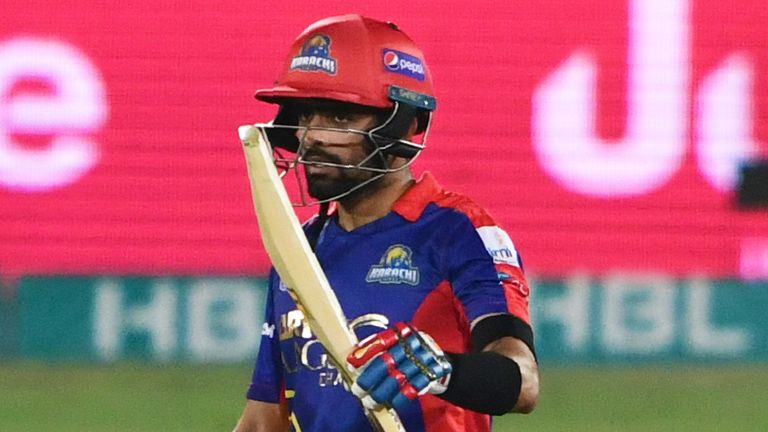 As mentioned, Lahore have never previously come close to the title match. It’s been a different story for Karachi, though. Each year they have qualified for the play-offs and each year they have subsequently been knocked out before the final.

Kings broke that duck this year with a fraught Super Over win over Sultans on Saturday, with Babar – still arguably the best T20 batsman on the planet despite recently being usurped at the top of the international rankings by England’s Dawid Malan – scoring 65 in normal time.

Karachi, whose side also features the likes of Mohammad Amir, Alex Hales and Imad Wasim, will probably enter the match as favourites having trounced Lahore by 10 wickets in their most recent meeting in March, Babar with an unbeaten 69 in that fixture.

But Lahore are on a roll and the underdog can always have its day. Just ask Leicester City.