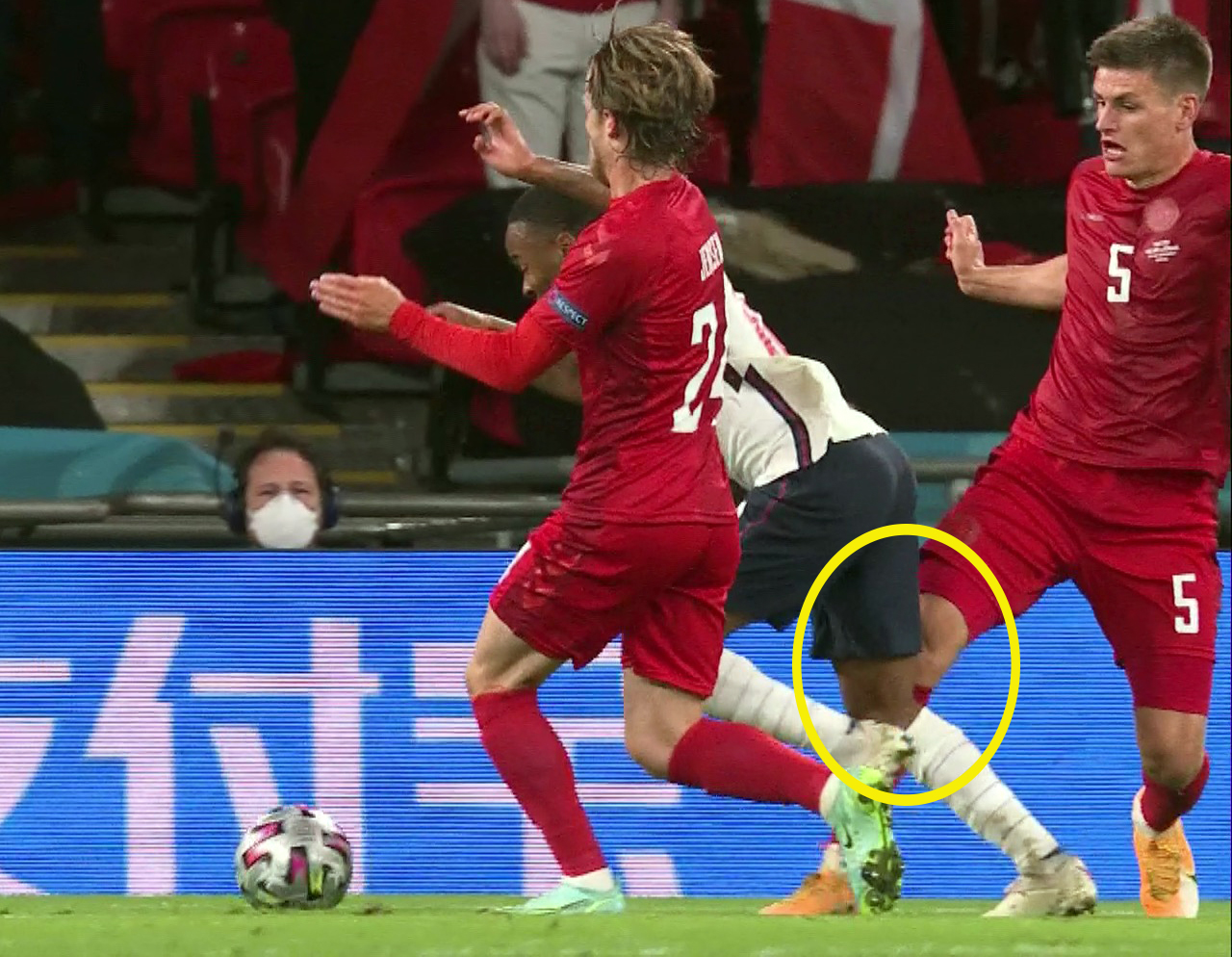 And he suggested Prem bosses should look to apply the same “light touch” approach to reffing next term.

Rosetti, who revealed there was a record low average of less than 22 fouls per match in the tournament and that all 18 VAR overturned decisions were “100 per cent correct”, said he was expecting questions about the spot-kick Sterling won against Denmark.

He said: “The video shows that what Danny Makelie, the referee saw, was what happened.

“There was a clear action by the defender, Simon Kjaer, a clear movement of his right leg, then knee against knee.

“The defender didn’t play the ball and Danny saw the clear contact.

“We can all discuss the intensity of the contact but this is what the referee saw and the VAR confirmed that.”

On Jorginho’s foul, Rosetti again used still images to back Kuipers’ decision to only caution the Chelsea midfielder, rather than dismiss him.

He added: “The Italy player tried to challenge for the ball and put his right foot on the ball. That is clear, 100 per cent.

“After that, his foot slipped off the ball and there was a second contact on Grealish’s leg but the referee explained what he had seen and the VAR rightly agreed.

“Bjorn had an unbelievable, top performance in the final, showing all the human qualities we want.”

Rosetti said he wanted the refereeing standards on display in the Euros – which he described as “great” and “never seen before” – rolled out next term, including in the Prem.

He explained: “I hope to see this approach, by referees and VARs, is repeated all around Europe, in all the top leagues and in Uefa competitions.

“This is what I hope, want and think should happen, in every country.

“But it also means the referees must make their decisions, quickly, and then be told if they have made clear mistakes, and only clear mistakes.”