MORE than a dozen players have been dubbed the 'Next Messi' over the years.

But none have ever reached the heights scaled by PSG and Argentina star Lionel Messi… not even close. 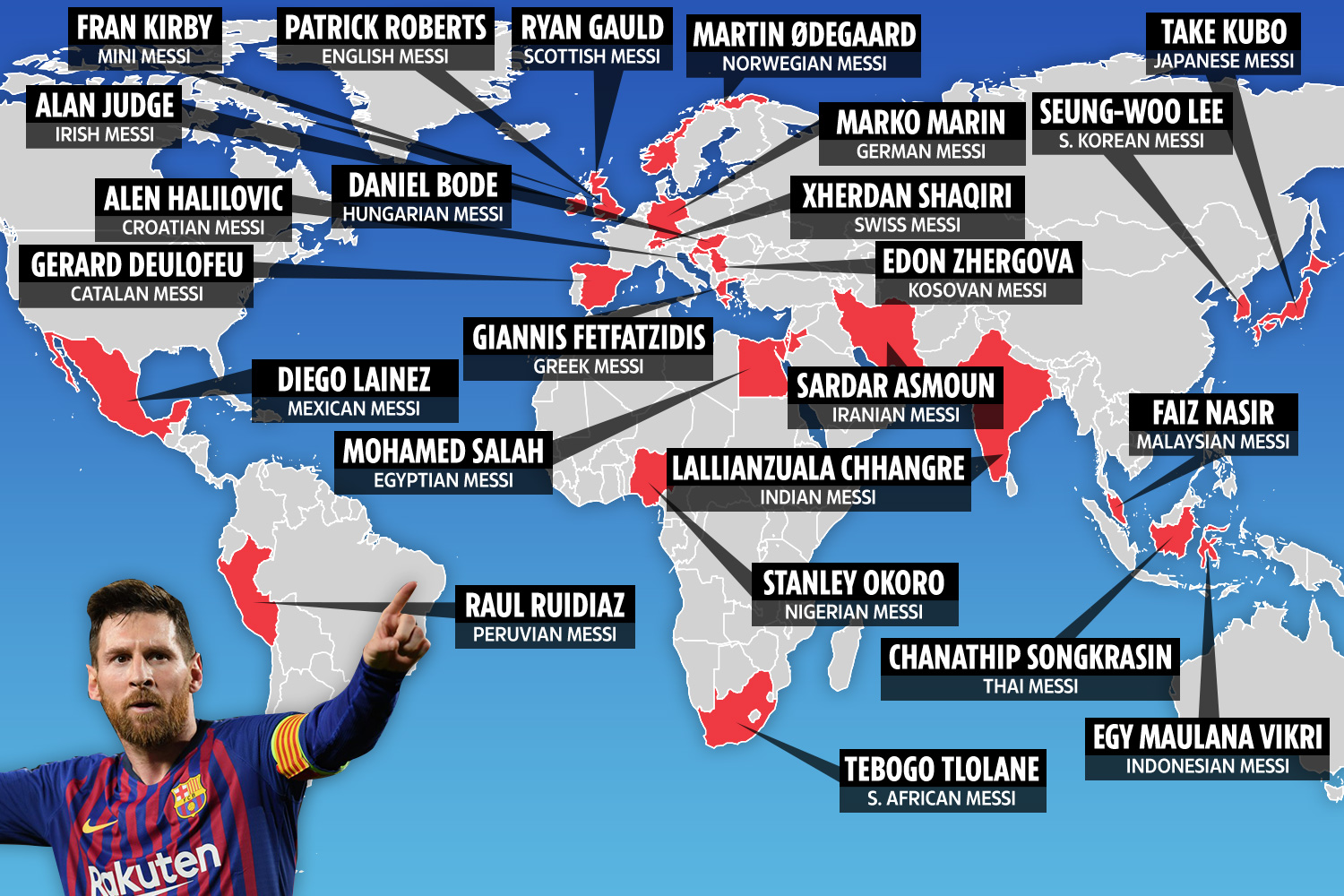 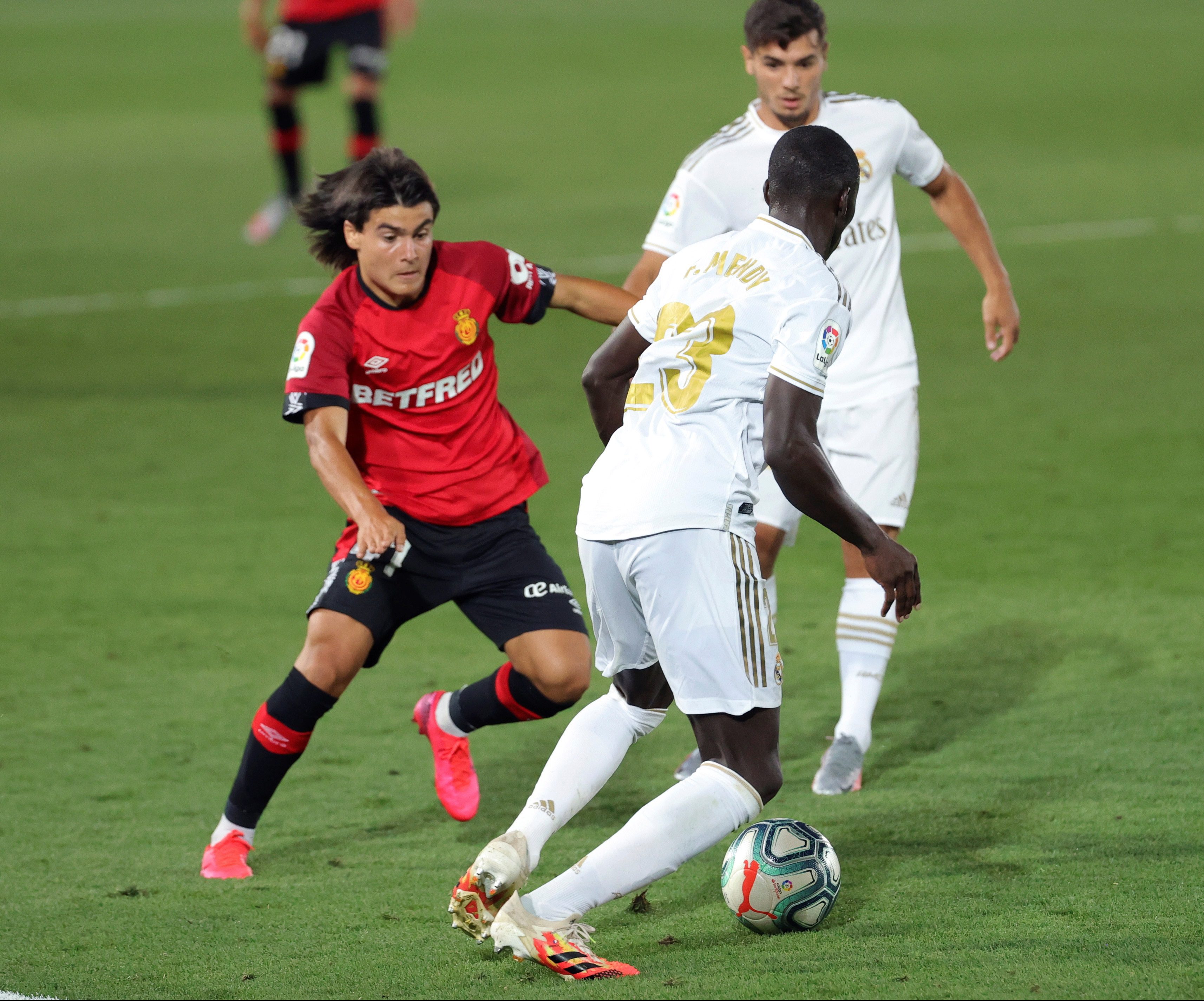 Last year, the new 'Mexican Messi' (we've had one before in Diego Lainez) Luka Romero made LaLiga history.

At just 15, the diminutive teen came on as a sub against Real Madrid in June 2020 and became the youngest player to play in the Spanish top-flight, also showing fans what the fuss is all about with some neat touches, before signing for Lazio this summer.

While, Arsenal were once linked with what was then the latest 'Next Messi' – Iranian Zenit St Petersburg star Sardar Azmoun.

In the summer of 2019, Manchester United were said to be monitoring Trabzonspor teenager Abdulkadir Omur, the 'Turkish Messi'.

The world map has almost been filled in with different 'Next Messis' from around the globe.

From Peru to South Africa and Japan to Iran, two dozen countries have produced their own version of the little genius.

Even Scotland had one while England have two.

Here's how they got on… 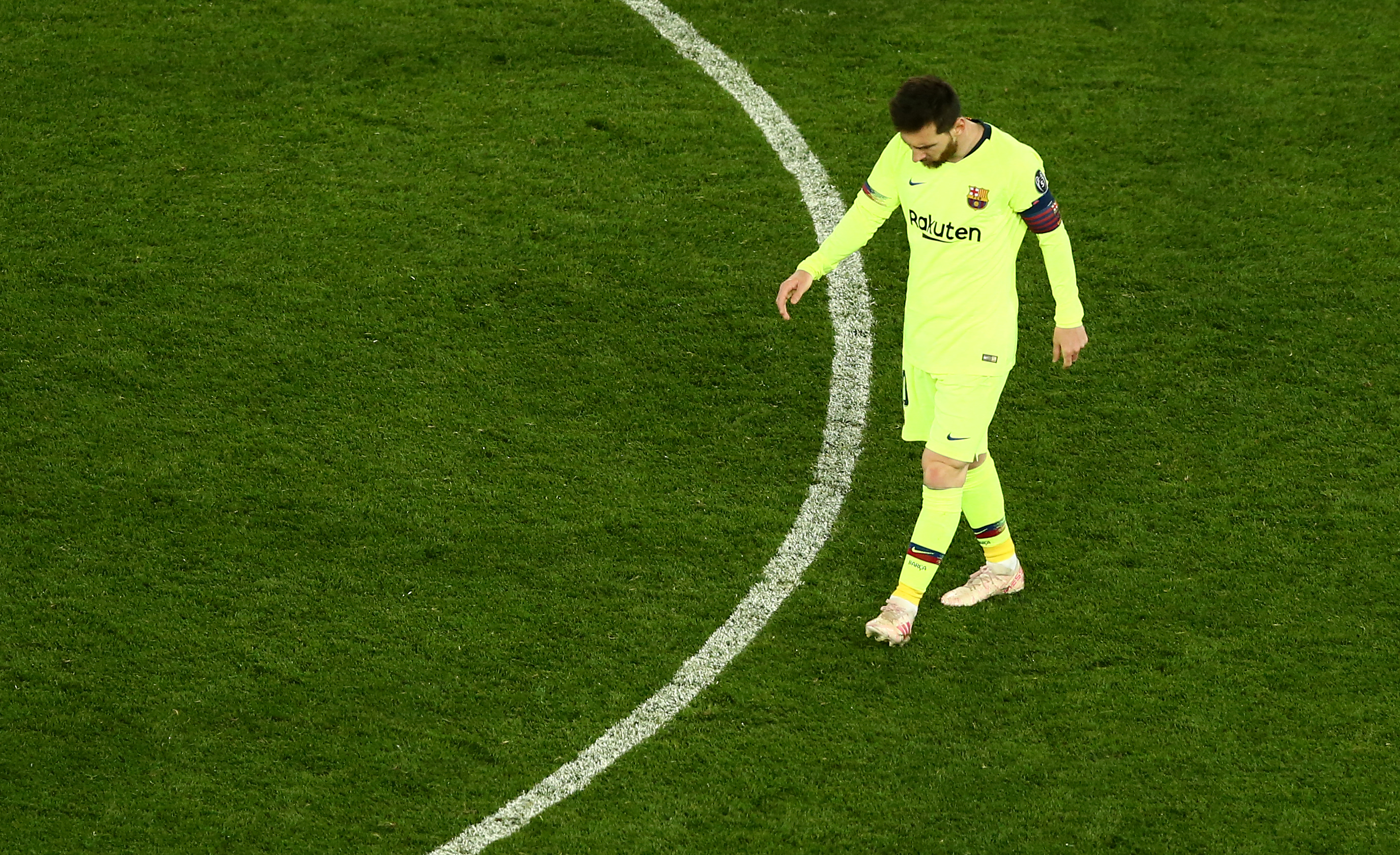 Burst on to the scene as a teenager at Fulham and after some impressive performances as a teenager, Man City splashed £12million on him.

He barely got into the City side before a long loan spell at Celtic.

Although he won seven trophies under Brendan Rodgers, Roberts had a number of injury issues and did not hit the heights expected of him.

Another loan spell to Girona last season didn't really work out – while stints at Norwich and Middlesbrough last term have been uninspiring.

Roberts went on loan at Derby, who narrowly avoided relegation to League One with a thrilling 3-3 draw on the final day of the Championship season.

Now, he's at French side Troyes.

One of the players most deserving of the tag, the England and Chelsea star is one of the biggest stars in the women's game.

Kirby, who stands at just 5ft 2in, is a former PFA and FWA player of the year and has been a vital player in all of the Lionesses' recent success.

In December 2018, Kirby was voted the 13th best player in the world in an extensive newspaper poll. 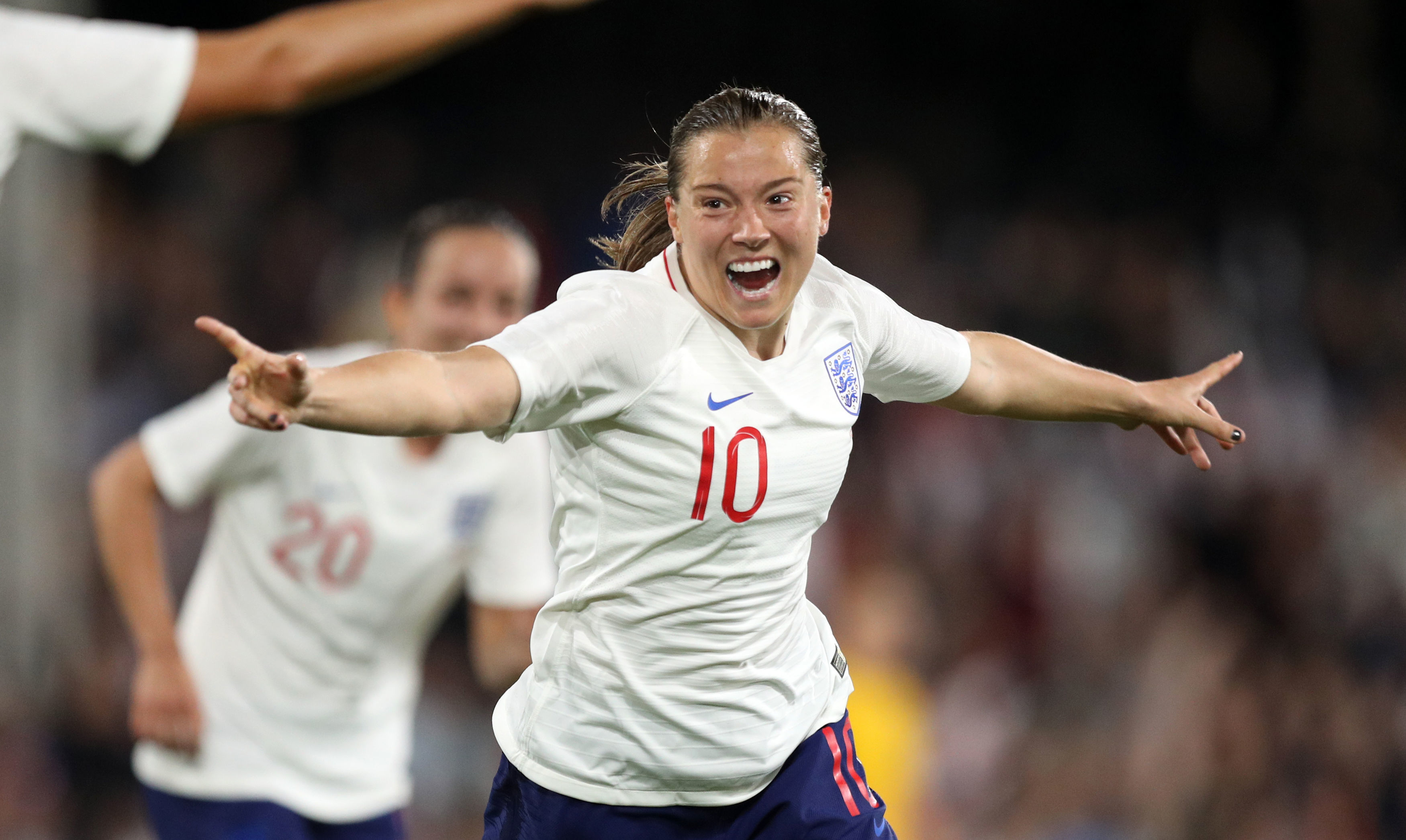 Gauld was 17 when he made his debut for Dundee United and began tearing it up in Scotland, helping The Terrors reach the Scottish Cup final in 2014.

After being shortlisted for Young Player of the Year, Gauld was snapped up by Portuguese giants Sporting Lisbon.

But Gauld only made two league appearances for Sporting, all in 2014 and early 2015, and went on four unsuccessful loan spells.

He's now at MLS side Vancouver Whitecaps FC, after a spell at Portuguese second tier side Farense.

The Messi comparisons are definitely a step too far but Shaqiri – formerly of Liverpool – is quite obviously a talent good enough for most teams in the world.

He has played at some of the biggest clubs and scored at two World Cups and the European Championship.

Injuries limited his impact at the Reds, and he moved  to Lyon in the summer.

Speaking of whom, there was a time when Salah being compared to Messi would have been impossible to imagine… namely at Chelsea.

This was a tag from when the forward was still at Basel and, in all honesty, it's quite fair.

Salah is now one of the best players in the world and will soon have players being dubbed the 'Next Salah'. 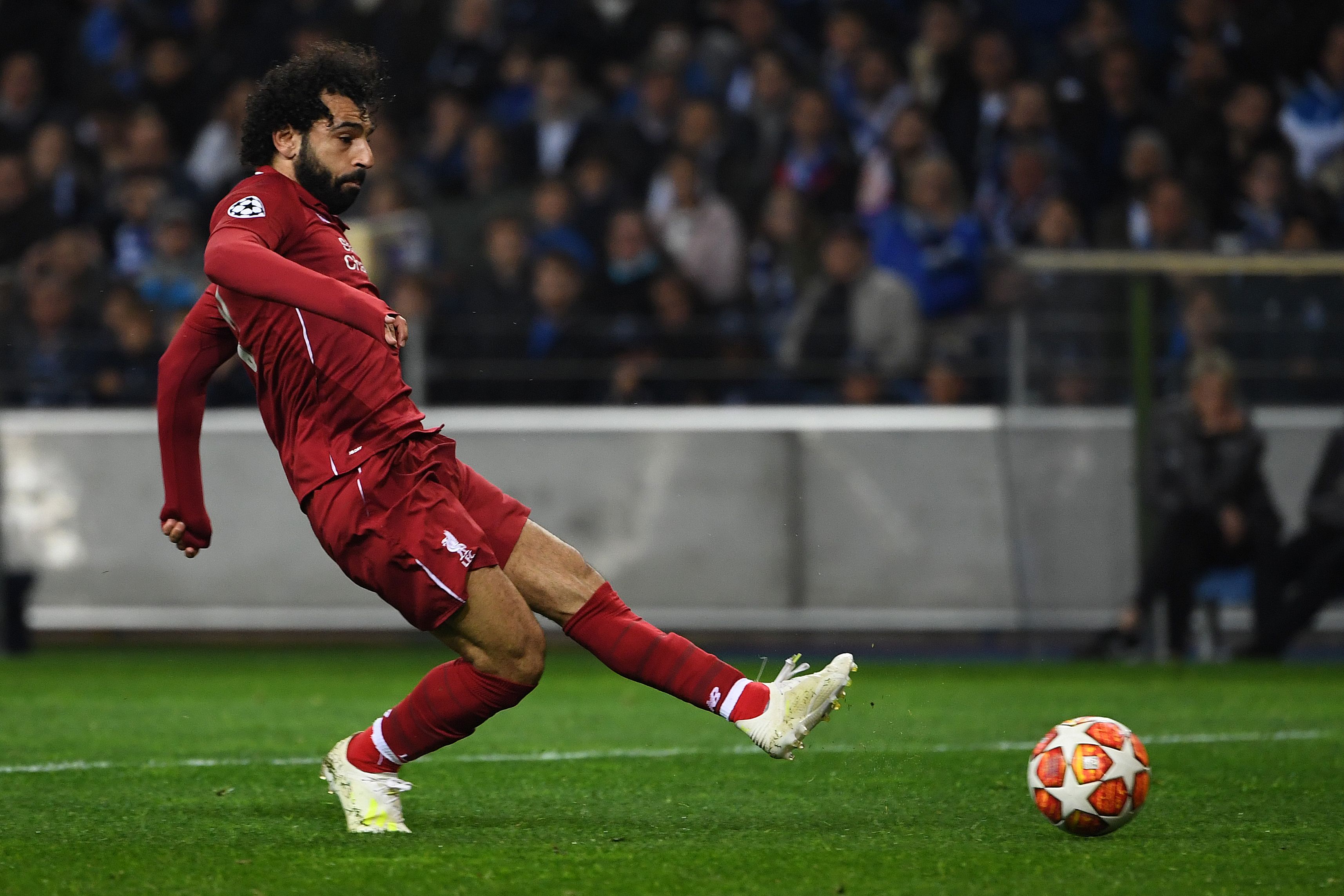 Certainly has enough natural talent to earn comparisons to one of the best ever.

But the winger, now at Udinese following stints at Everton and Watford, does not have the consistency or work rate to compare himself to Messi.

Deulofeu struggled in two spells at Barca but was instrumental to the Hornets getting to the FA Cup final in 2019.

Arrived at Chelsea in 2012 with a massive reputation but – like so many other Blues youngsters – never got a fair chance at Stamford Bridge.

Marin has since won trophies in Greece, Spain and Serbia.

Another Barcelona graduate, the diminutive Croatian international has the technique but has struggled with the physicality of senior football.

He is currently at Championship side Reading after a spell at AC Milan, in which he failed to play a single Serie A game, instead loaned out to Dutch side Heerenveen after a poor loan spell at Standard Liege, and then Birmingham.

One of the most hyped teenagers in Europe, the Norwegian jumped from Stromsgodset to Real Madrid in 2015.

He initially struggled to live up to the hype and a two-year loan spell at Heerenveen brought inconsistent play.

But last season on loan at Real Sociedad, Odegaard was excellent – putting himself in the frame to break back into the Madrid first-team.

The Norwegian signed for Arsenal this summer after a loan spell as he looks to fulfil his promise. 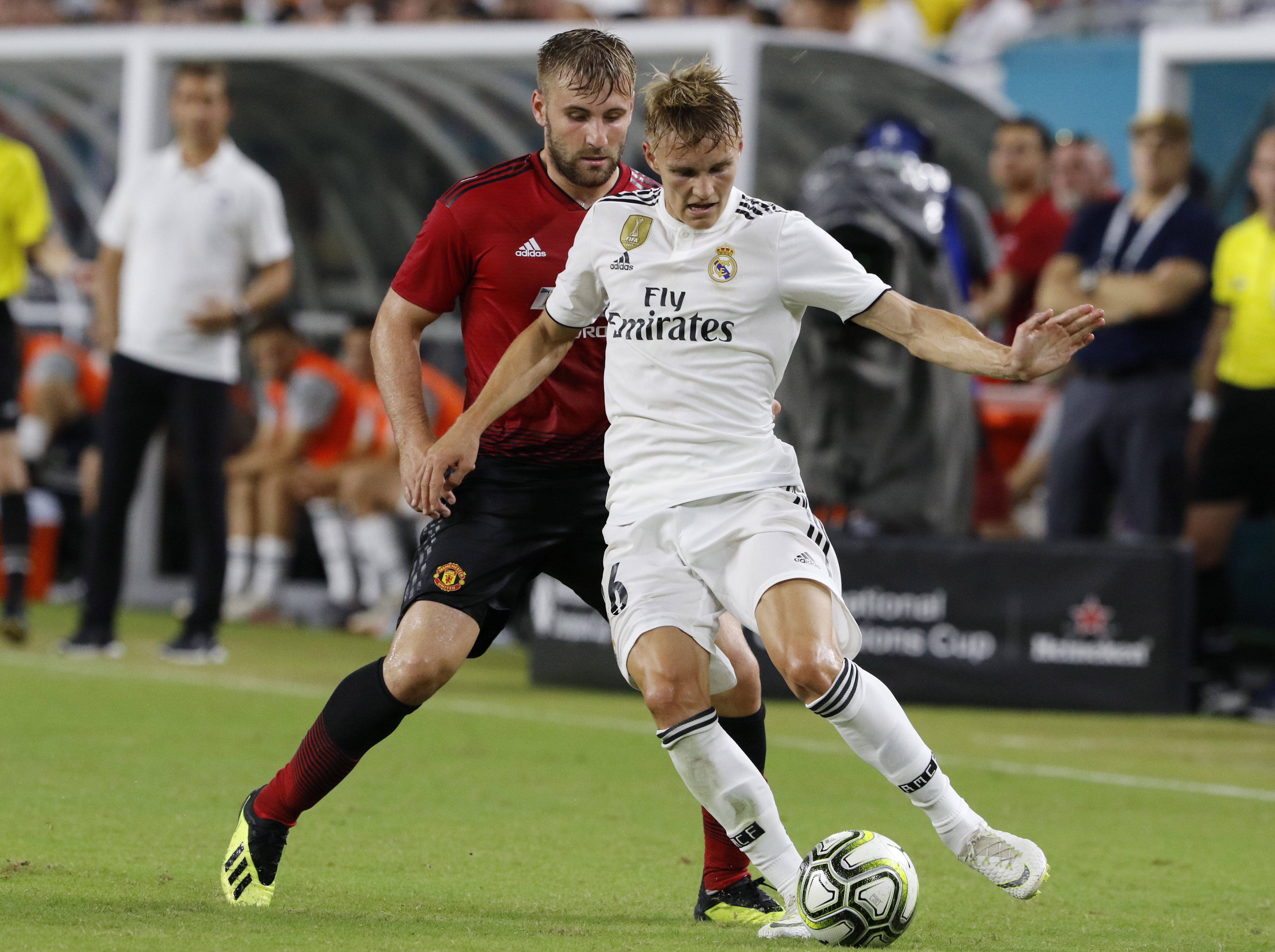 Definitely a tongue-in-cheek nickname, the winger earned the title while starring for Brentford for five years between 2014 and 2019.

Judge helped the Bees reach the Championship and stay in the second tier, and was named in the PFA teams of the year in 2013 and 2016.

He was at Ipswich, helping the Tractor Boys to ninth in League One in 2020-21, before signing for Colchester.

Actually nicknamed 'Little Messi', the Peruvian scored a mountain of goals in Peru and Mexico before moving to MLS in 2018.

The striker has been sensational for the Seattle Sounders, scoring 58 goals in 89 games.

Edon Zhegrova became a YouTube sensation back in 2014 after compilations of the then 15-year old’s dazzling goals gained thousands of views.

The Arsenal, PSG and Barcelona moves did not materialise, but a move to Belgium's Standard Liege and then Genk did, where he is coming through the ranks.

Basel then decided to take a longer look at him with an 18-month loan deal.

The No10 has played a handful of games for the club but is expected to play a bigger role in the future.

The Chennaiyin winger became the youngest Indian international when he made his debut in 2015.

But, now aged 24, the hype has died down a bit with Chhangte unable to build on that early promise.

Still just 20, Kubo has the best chance of any player to live up to the moniker.

The former FC Tokyo forward even came through the ranks at Barcelona, where he was a youth star, before returning to Japan.

He would have stayed at La Masia but after Barca's transfer ban he was no longer eligible to play in competitive matches, so decided to return to his homeland.

He is the youngest player to play and score in the J.League and has been a regular in the FC Tokyo side.

Kubo was snapped up by Real Madrid last season, a major coup for Los Blancos – but was quickly loaned to Mallorca before joining Getafe on a short-term deal earlier in 2021.

Barcelona had wanted the playmaker – but were fooled into thinking he was not available until next January after an error on the Transkfermarkt website.

Real Madrid knew the correct date his contract was up and swooped.

Kubo, who was also selected in Japan's 2019 Copa America squad, is back on loan at Mallorca for this season. 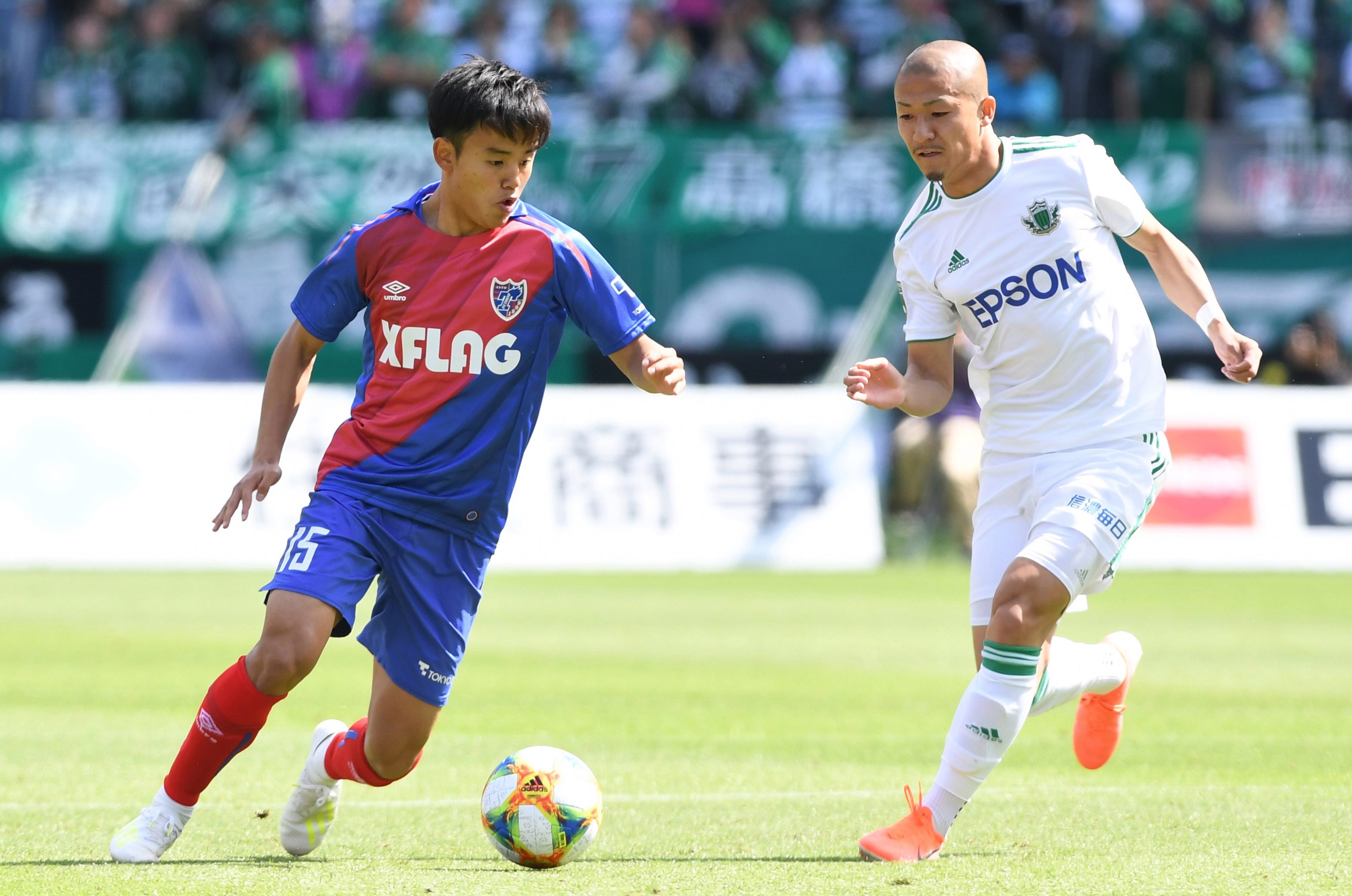 The little winger never lived up to the moniker after coming through at Olympiacos.

Has since played in Italy and Saudi Arabia, but is now at Qatari side Al-Khor at the age of 31.

A number of European clubs were interested in Azmoun a few years ago, including Arsenal, who offered £2m for the rapid forward.

Now 26, Azmoun is a star in Russia, where he has scored 58 times in just 90 games while winning three Russian Premier League titles. 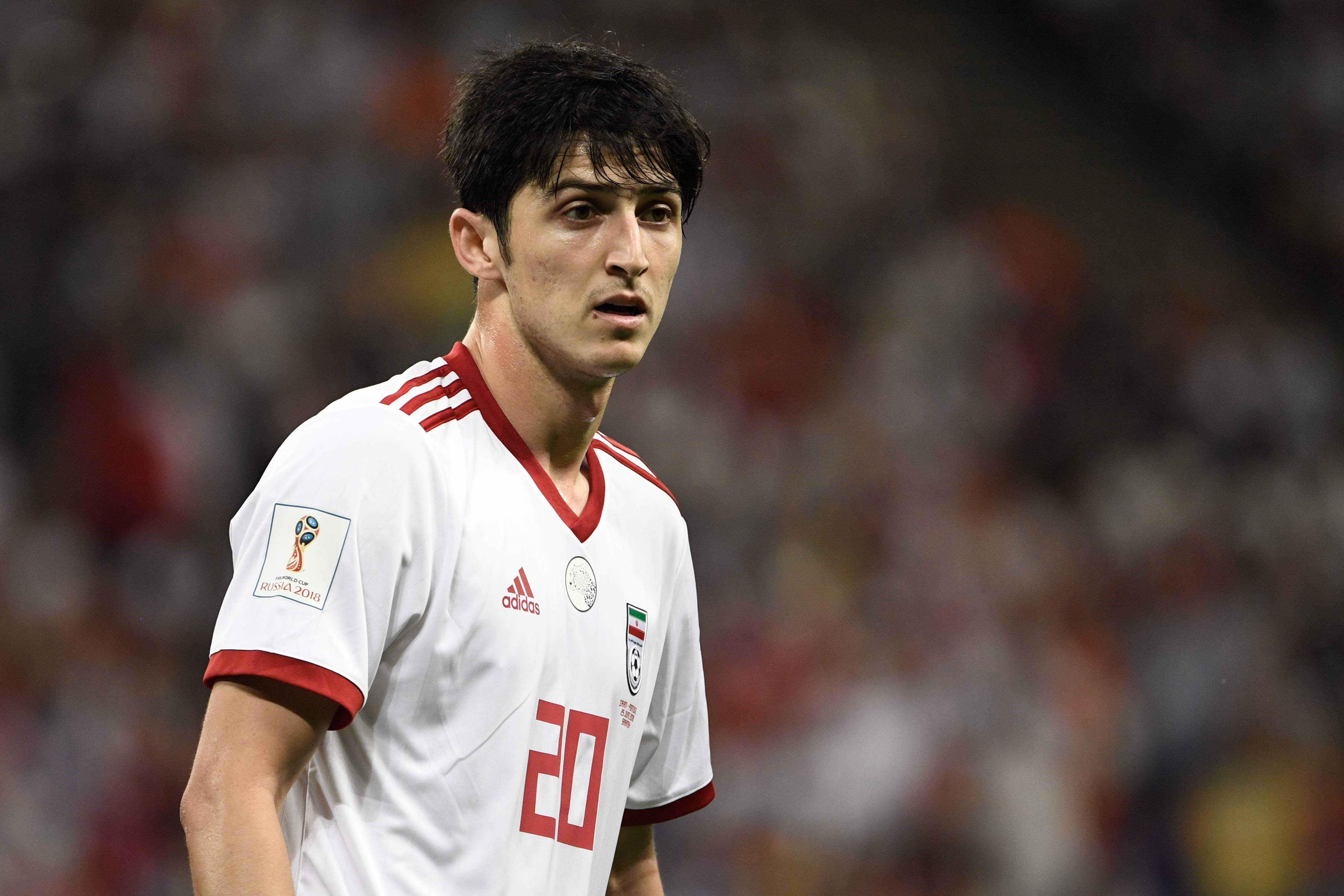 Aged just 21, Egy is already a full international having been a prodigy at youth level.

He had scored 15 goals in 16 matches for Indonesia Under-19s, attracting attention from big clubs in Europe.

Eventually, Maulana chose Lechia Gdansk where he also impressed for the reserves, scoring 12 goals in 14 matches in the Polish fourth tier.

He made his full debut in 2020 and is now a six-cap senior international for Indonesia.

The 21-year-old has the potential to be a big star and has consistently been named as one of the players to keep an eye on in the coming years.

The teenager is already a full international for El Tri and was signed by Real Betis for £9m in January 2019.

He has since been a regular from the bench for Los Verdiblancos. 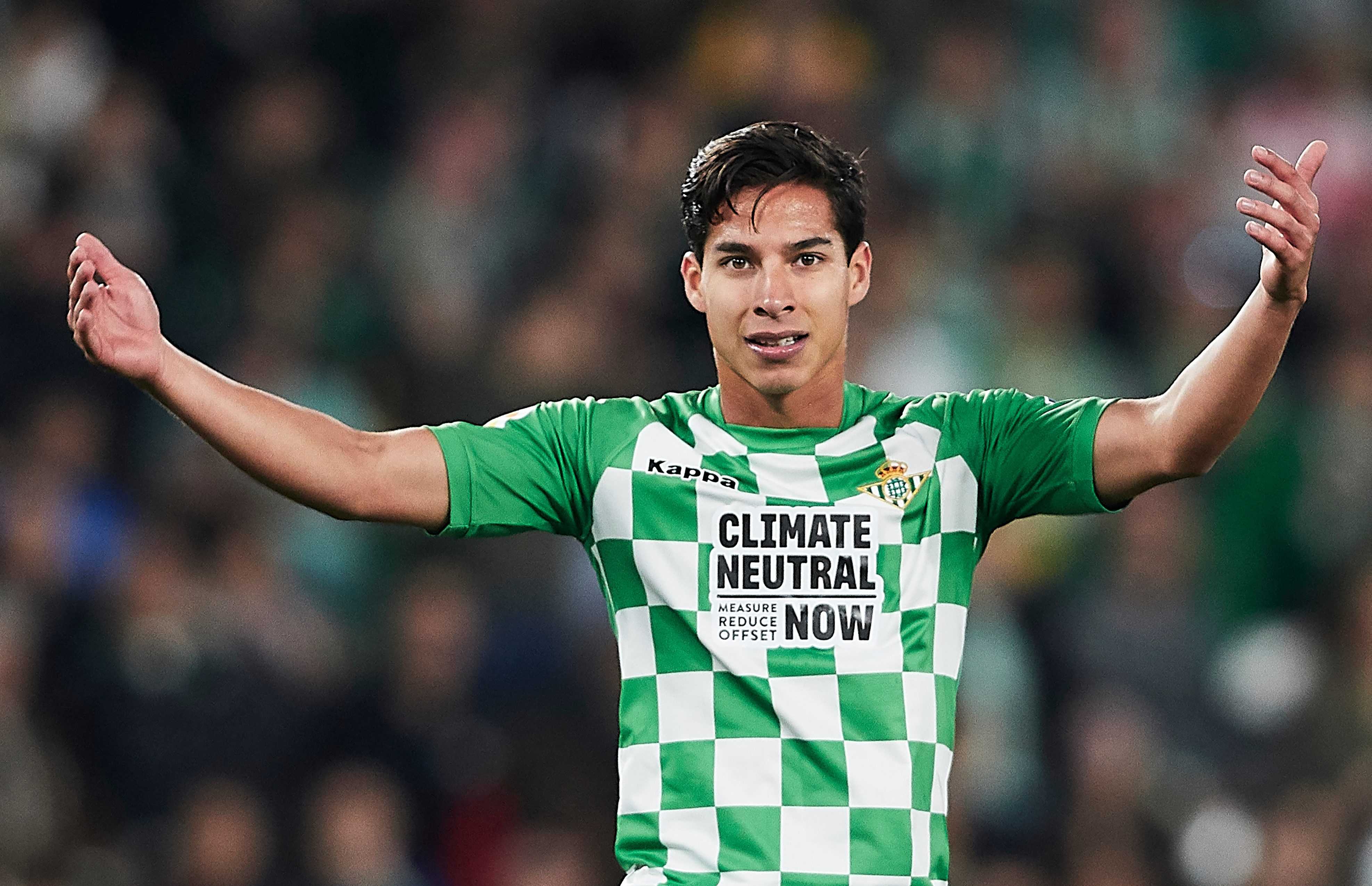 Lee was once hailed as South Korea's great hope of the future and was another graduate of Barcelona's famed La Masia academy.

He moved to Catalonia in 2011, but managed just one appearance for Barcelona B, before moving to Hellas Verona in 2017.

Now 23, the winger has quit the Italian side to join Belgian outfit Sint-Truiden but became a national hero for his exploits in the Asian Games.

Lee provided the assist for Tottenham's Son Heung-min to score a winner – the goal also meant the Spurs man would avoid national service.

One of the smallest players in world football, Nasir stands at just 5ft.

But there is plenty of talent in those little legs, with the Terengganu FC star scoring on his international debut last year.

Nicknamed 'Little Messi', Okoro spent time in Spain with Almeria but struggled to make a breakthrough.

Now playing in his native Nigeria, he certainly likes the nickname, however, stating: "I don’t mind when people call me Little Messi.

"It’s a pleasant thing to be compared with the best footballer in the world – I don’t have a problem with that."

Songkrasin is known as 'Messi Jay'"or just 'Jay' but actually took inspiration from another Argentine legend.

His father apparently trained him with the intention of copying Diego Maradona.

He became a fans' favourite across Thailand for his dribbling skills, with 56 international caps so far, and now plays in Japan.

The winger was nicknamed Messi from a young age because of his dribbling skills.

He even managed a two week trial at Barcelona but failed to make the grade – Tlolane is now back in South Africa with Maritzburg United where he has been converted to a left-back.