The NBL is coming back to Canberra and the Illawarra Hawks want to tap into a new market, but are the Canberra Cannons coming back from the dead?

That's what everyone really wants to know after the ACT government finalised a one-game, $125,000 deal to host NBL action for the first time in a decade on January 26. 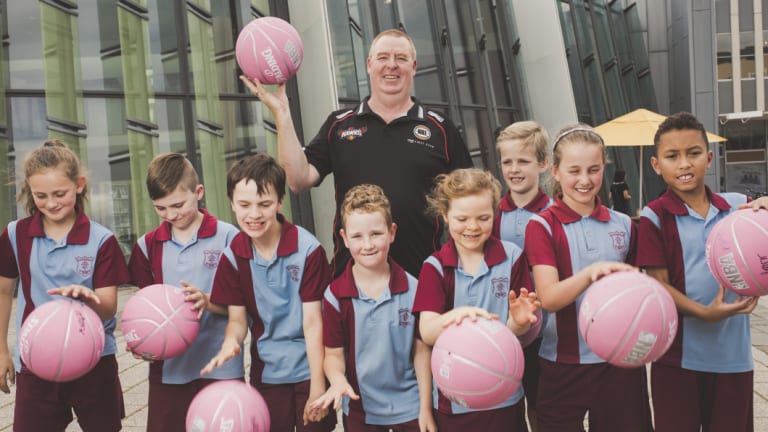 As it stands, there is no Cannons revival bid after the once-powerful franchise's demise in 2003, nor are there advanced plans for Canberra to join an expanding NBL.

But the Hawks' arrival is the NBL dipping its toe into the Canberra water and coach Rob Beveridge says the partnership will stop a generation of the capital's players being lost to basketball.

"It's time to re-engage, time to offer the kids a chance to see the light at the end of the tunnel to the NBL and if we can provide that to them at the Hawks, that's what this is all about," Canberra-born Beveridge said.

"I know Canberra is a basketball town. There is a market there for us to come here and provide some seriously high-level basketball, and to show there is a pathway."

The NBL will be interested onlookers to the Hawks' capital experiment. The first move is one game, a clash against the Cairns Taipans, but the Hawks are interested in forming a longer-term partnership.

The Hawks-Taipans game – which is broadcast on free-to-air television – will effectively be an audition and it could evolve into two or three games per season to give the Hawks a new membership base.

The fans fill the stands and the Cannons faint heartbeat grows stronger, there will inevitably be calls to reincarnate the once-powerful franchise. 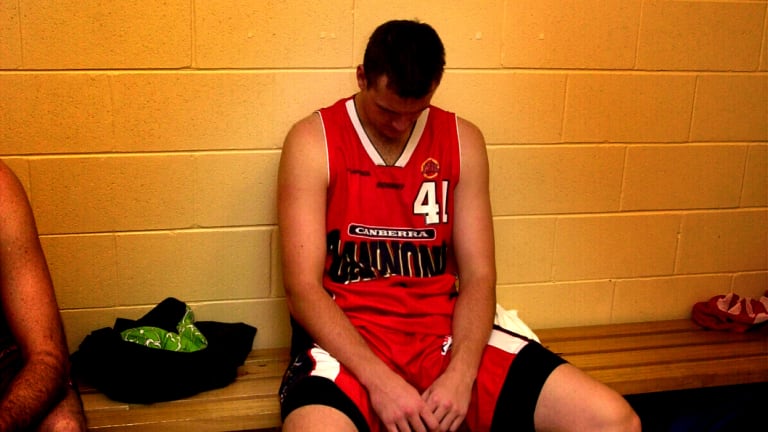 Blake Truslove slumped on a bench in the Cannons’ change rooms after their final game in Canberra in 2003.Credit:Andrew Campbell

The message from the NBL is that Canberra is an area of expansion interest, but you have to start small to dream big and that's exactly what Basketball ACT are happy to do.

The Hawks-Taipans game will coincide with the Canberra Classic basketball tournament, with plans to put competition games on hold on the Saturday to allow players, officials and fans to go to the AIS Arena.

"It could be the [first step] and this is an exciting time," said Basketball ACT chief executive Michael Haynes. "The other part of the equation is the development opportunity.

"[Young players] now have something really tangible at their front door. We've got an exciting group of players coming through from Canberra who could have been lost. Now, they see there is an option."

The Cannons went bust in 2003, but won championships in 1983, 1984 and 1988 and were the hottest ticket in town before the boom of rugby league and rugby union.

Basketball ACT and the Hawks have been working together for the past four years to try to strike a deal, and the Hawks agreed to sacrifice a home game to try to build a base in Canberra.

Beveridge is excited about the opportunity. The ACT Academy of Sport graduate was coaching when Patty Mills and Jesse Wagstaff were rising through the Canberra ranks. He hopes the Hawks can pounce on the next star.

The Hawks already have an eye on some gun Canberra juniors, including 14-year-old Alex Thooey who will become the youngest player to represent Australia this year.

"[Hawks general manager] Mat Campbell sees the vision. I grew up with the Cannons, it was sad when they folded," said Beveridge, who was the Sydney Spirit coach when Canberra last hosted an NBL game in 2008.

"But I see the kids playing here and that's something we want to tap into, to show there is an opportunity to come to us [in Wollongong] because we are a regional town. We want to develop players."