The American's bizarre encounter with his idol happened while he was going to see the doctor at the Allianz Stadium. 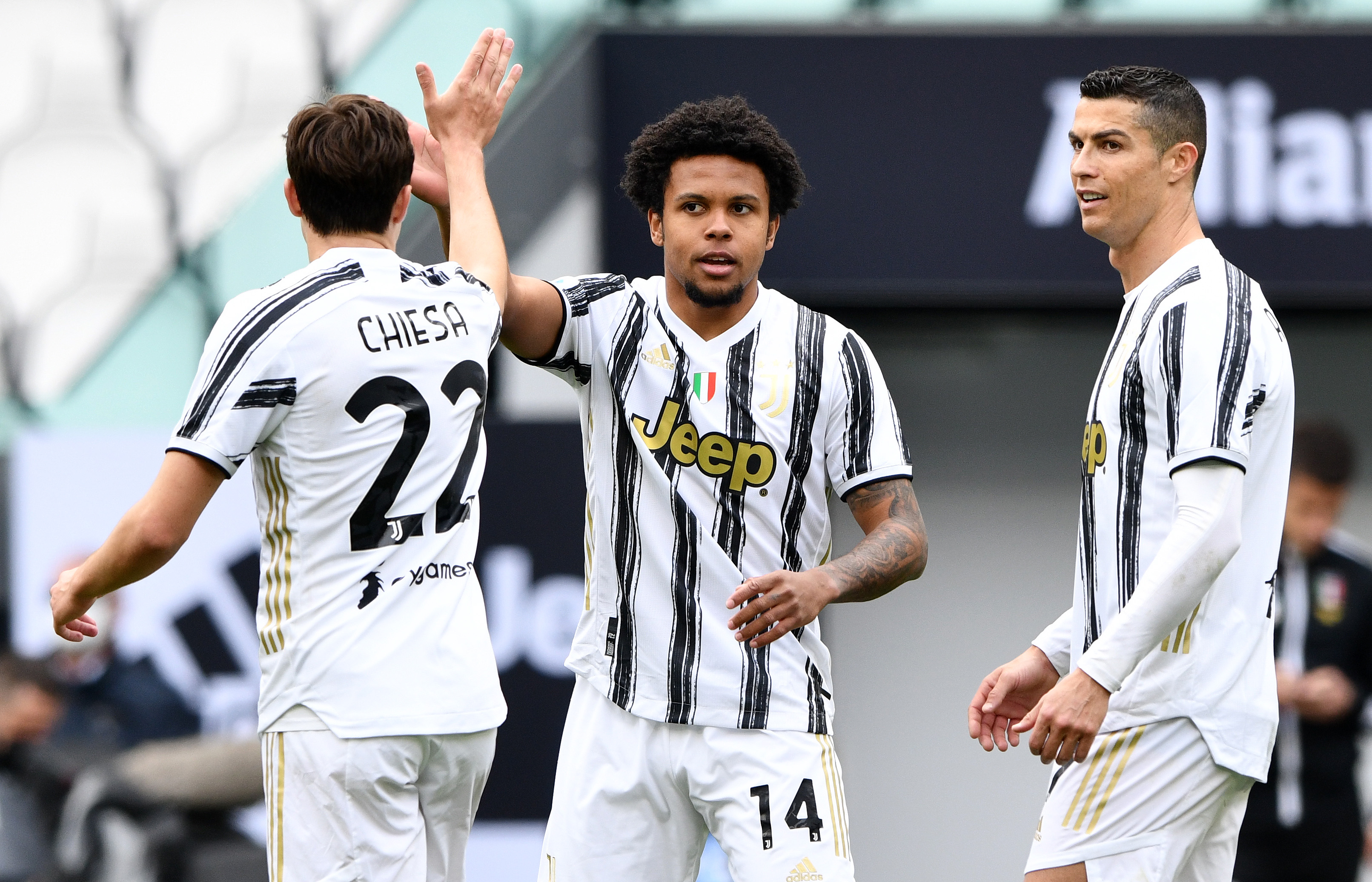 As the midfielder was going in, Ronaldo was on his way out with just his briefs covering his crown jewels.

But the 22-year-oldtold himself he had to remain poised despite meeting his future colleague in the weirdest of circumstances.

In a US press conference promoting the MLS play-offs, he said: "The first time I saw Ronaldo I was walking into the physiotherapist's room to go to my doctor and I saw him come out in his underwear.

"I thought, 'Oh my God! It's really him!'. I did everything I could to behave normally and not pass for a total fan, because he would be my team-mate."

Since their awkward first encounter, the Juve pair have built a fruitful relationship at the club.

He emerged as an important player under Pirlo making 33 appearances across all competitions.

Juve included a clause as part of the loan that would automatically make his switch permanent if he met performance incentives.

The fee will also be payable over three years and could rise to £20.5m.

And McKennie will have plenty more opportunities to play with 36-year-old Ronaldo if he keeps in the amazing shape he's in.

The six-time Ballon D'or winner has managed to keep himself in tip-top shape by drinking water and no fizzy drinks.

"With litres of water, and no Coke, of course."

Peeters' emphasis on no Coca-Cola comes after the ex-Real Madrid star caused a global storm when he removed two bottles of the drink from a press conference table before loudly urging fans to 'drink water'.

The stunt saw the share value of the drinks company drop by around $4billion.

While training with Portugal during Euro 2020, he was pictured pranking ex-Madrid team-mate Pepe by pouring water over his head.

The record-breaking Juventus superstar spotted his old pal as he relaxed on the sidelines at Portugal's training camp after Wednesday's gruelling 2-2 draw with France in Budapest.

Pepe, 38, was blissfully unaware, but luckily cameras caught Ronaldo as he tip-toed towards the his former Real Madrid team-mate with a cheesy grin on his face… and poured water straight over his head.

Pepe then reeled in shock as Ronaldo ran away giggling.

But the pair showed they have a more serious side when it was revealed that Portugal's keeper Rui Patricio failed to listen to their instruction on where Karim Benzema was going to place his penalty.

Patricio's refusal to listen cost Portugal victory in their 2-2 draw with France.

But luckily for him, they still managed to progress to the knockout stages.