West Brom have taken over at the top of the English Championship after claiming a 3-2 win at struggling Preston.

The Baggies took advantage of Leeds' 1-1 draw at Sheffield Wednesday on Friday evening and Middlesbrough's stalemate at Jackson Irvine's Hull to move to the summit of the second division. 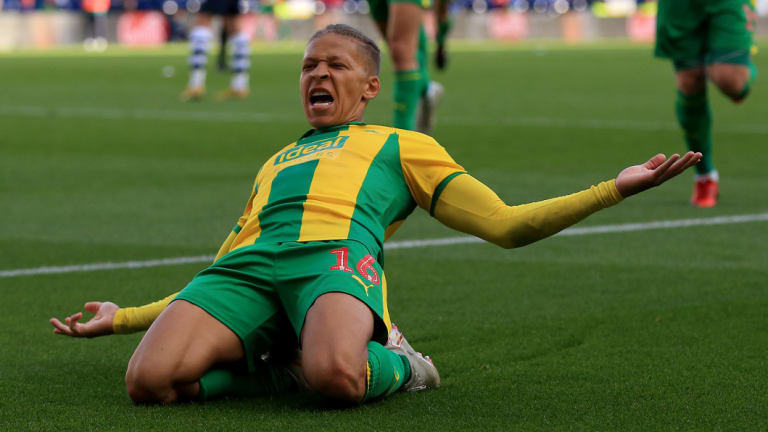 Jay Rodriguez opened the scoring for the visitors early in the second half, slotting home from eight yards, but Preston levelled through Andrew Hughes' drilled free-kick.

Their joy was short-lived, however, as Ben Davies turned the ball past his own goalkeeper to put West Brom back in front after 73 minutes.

Dwight Gayle's curling 20 metre free-kick made it 3-1, with Alan Browne netting a consolation for Preston deep into stoppage time.

Middlesbrough are third after they failed to build on Britt Asombalonga's fourth goal of the season with Jarrod Bowen equalising from the penalty spot after Daniel Ayala fouled Chris Martin.

Sheffield United came from behind to beat James Meredith's Millwall 3-2 at The Den.

Derby were brought back down to earth following their Carabao Cup success at Manchester United in midweek as Craig Noone's early header was enough to earn Bolton a 1-0 win.

Brentford moved into the play-off places with a 2-2 draw at home to Reading.

Lewis Grabban missed one penalty but scored another to earn Nottingham Forest a point in a 2-2 draw at Blackburn.

A late penalty from Mario Vrancic snatched Norwich a 1-0 victory against Wigan, while goals from Courtney Baker-Richardson, Connor Roberts and Jay Fulton eased Swansea to a 3-0 win against QPR.

Ipswich threw away a 2-0 lead at Birmingham to draw 2-2 and leave manager Paul Hurst still searching for a first win.