Felix Schifffahrt was being brutally pummelled by opponent Omer Solmaz at GMC 18. 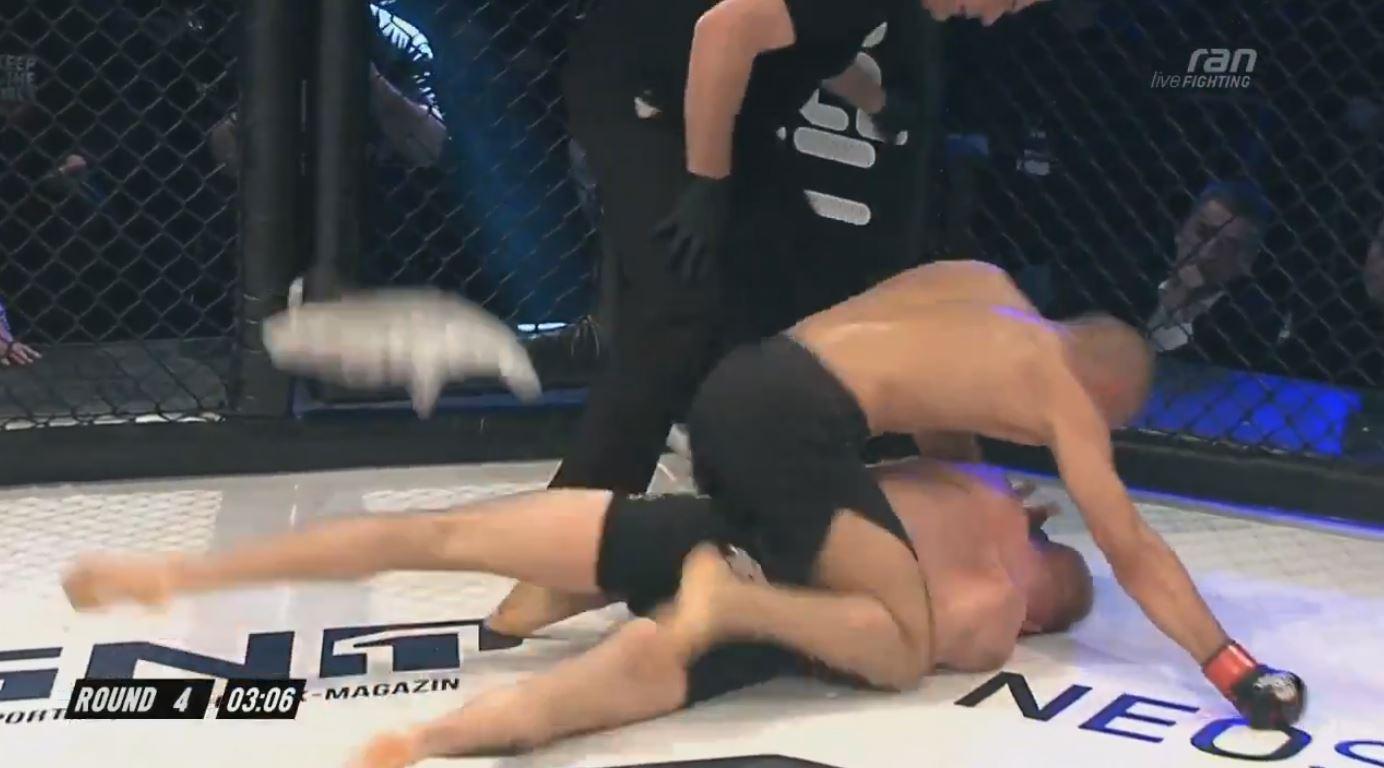 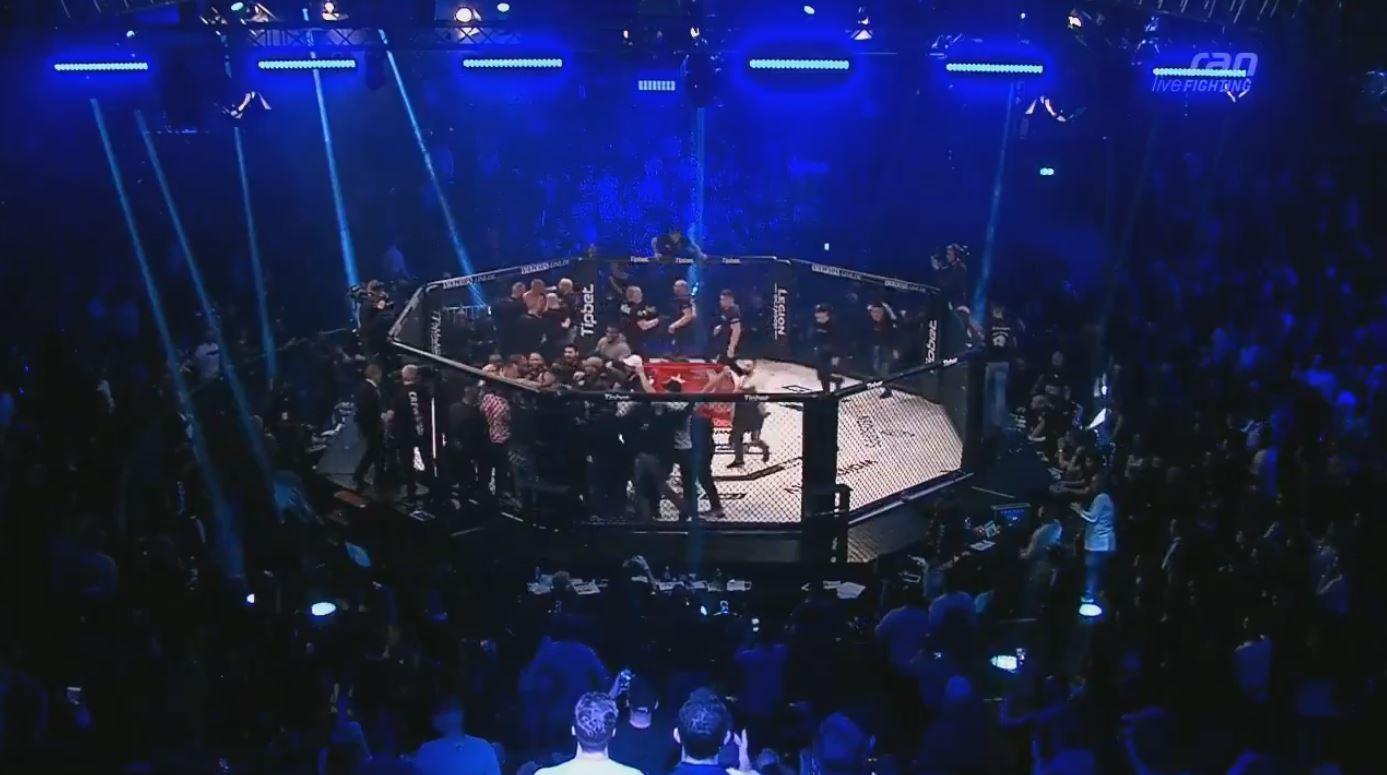 Schifffahrt had suffered enough and his corner opted to wave the white flag and chuck the towel into the octagon.

But the ref failed to spot the towel after it landed on the back of their fighter's calf.

Instantly clicking the referee had missed the concession, the team leaped over the walls of the octagon and tackled Solmaz – and the ref – off Schifffahrt.

All hell then broke loose, as Solmaz's team also jumped in – perhaps considering the stunt an act of aggression, as they too may have missed the towel. 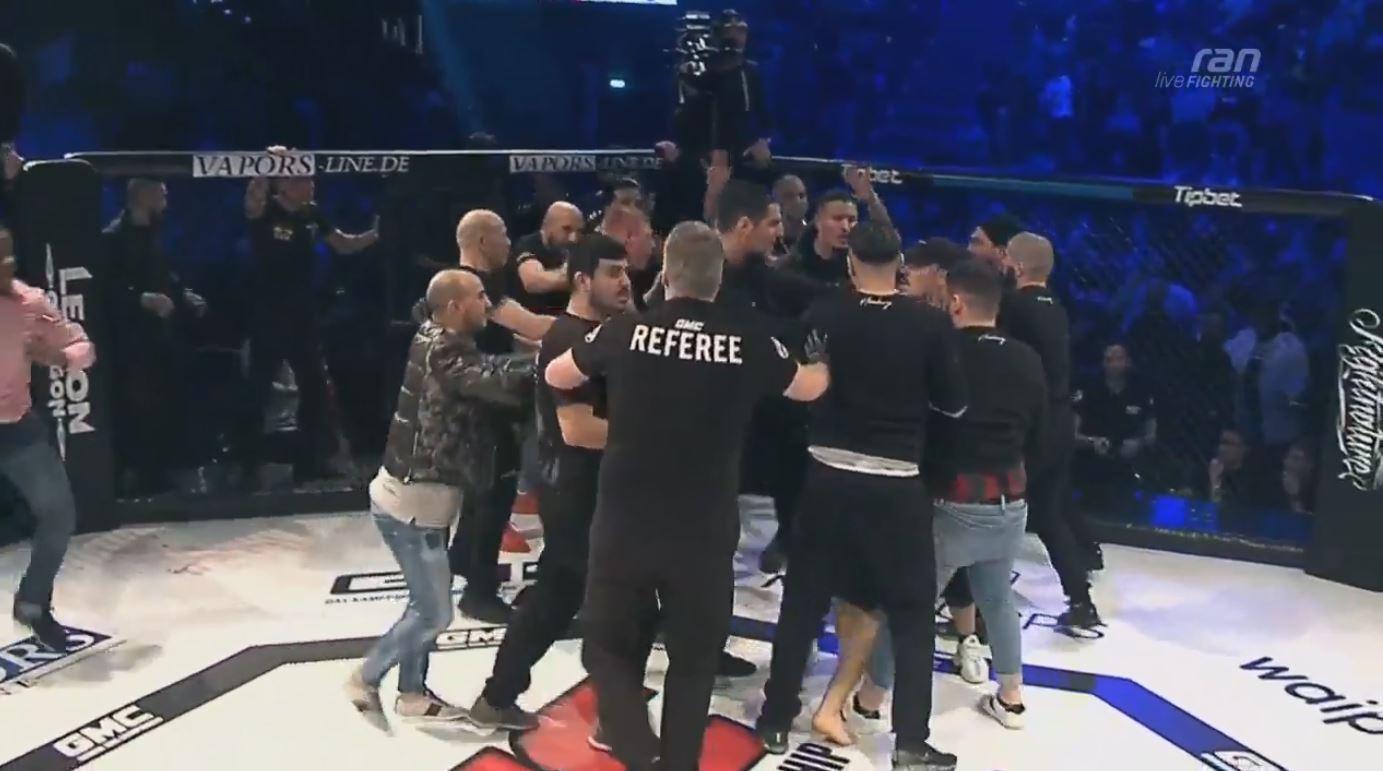 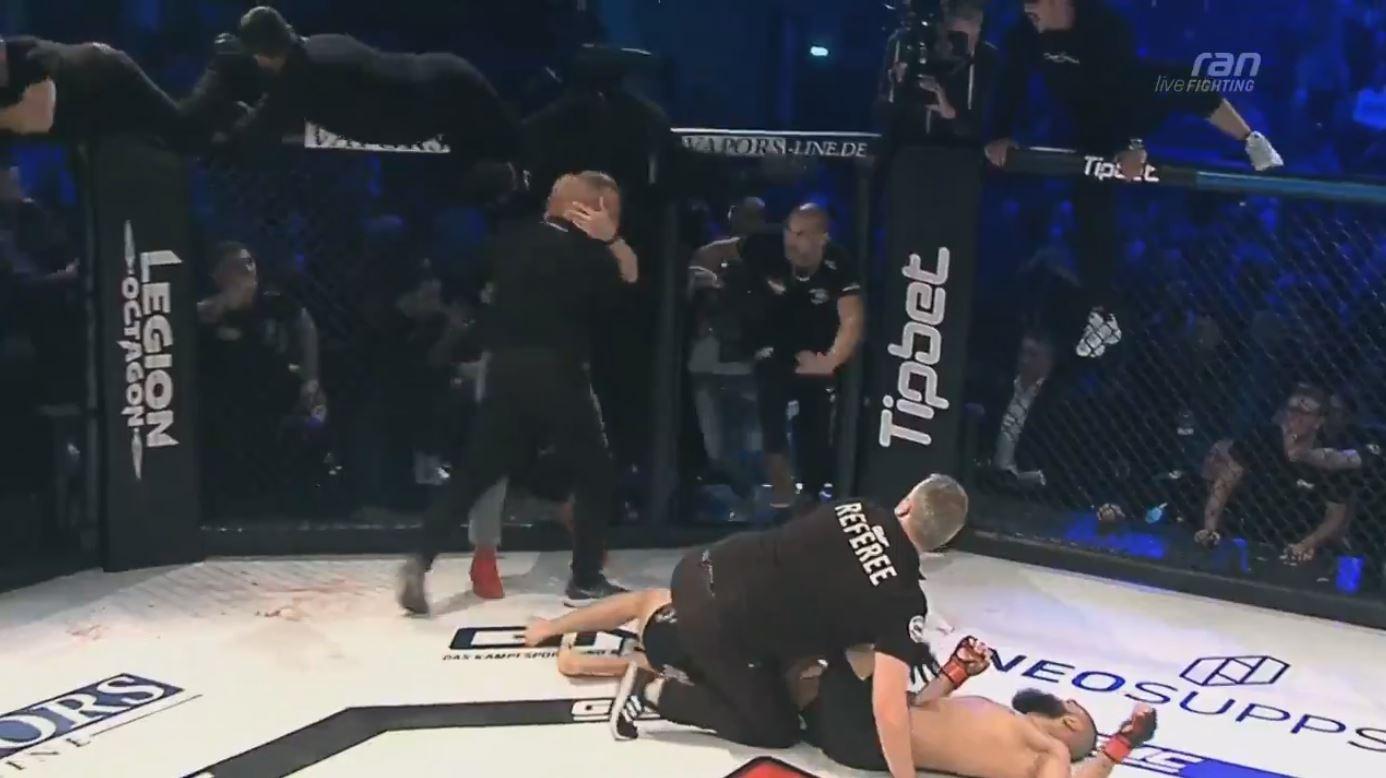 At one stage, there were nearly 30 bodies in the ring grappling each other and trying to gain the upper-hand in the brawl.

After that it was a minute of absolute rioting before cooled down and Solmaz was eventually declared the winner.

Notorious' doppelganger won his second pro fight – against Ridvan Nuka – to take his record to 2-0.