RODRI produced a stunning block to save Manchester City a point against Liverpool.

The midfielder flung himself across goal to deny a certain goal. 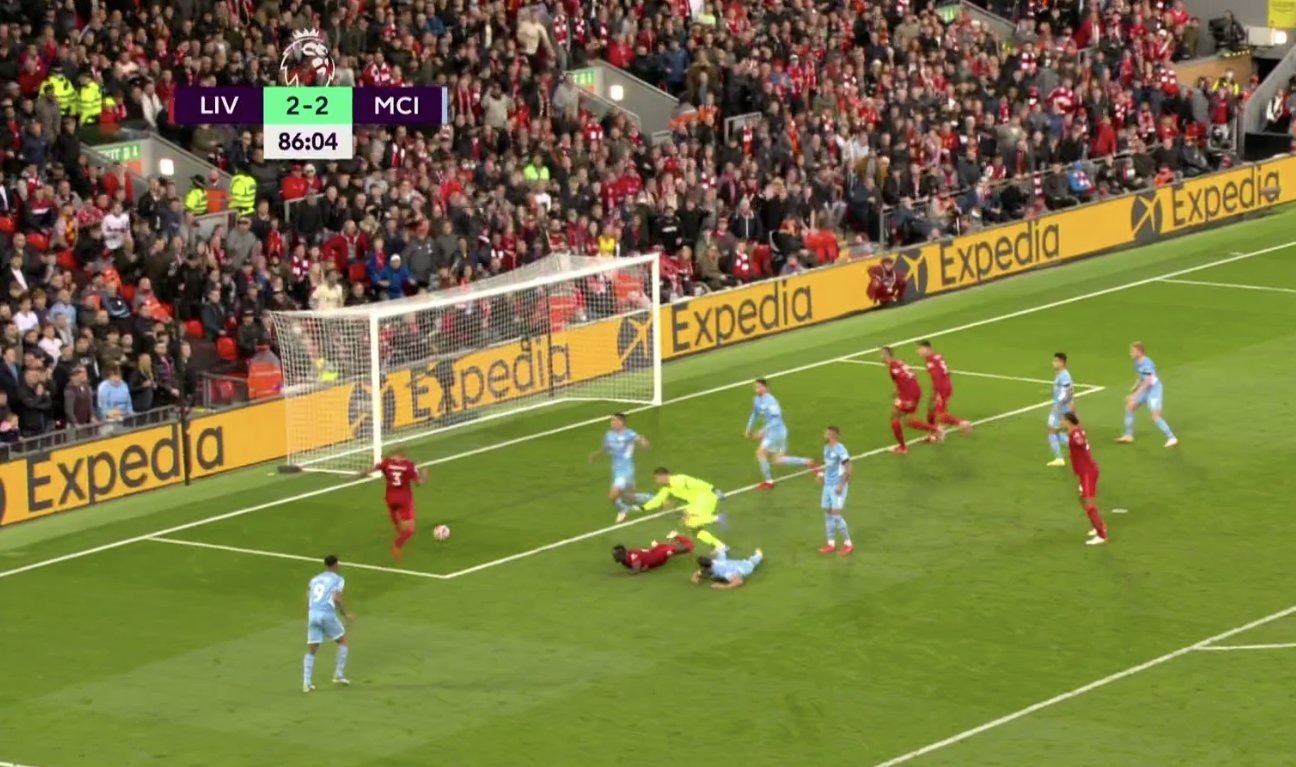 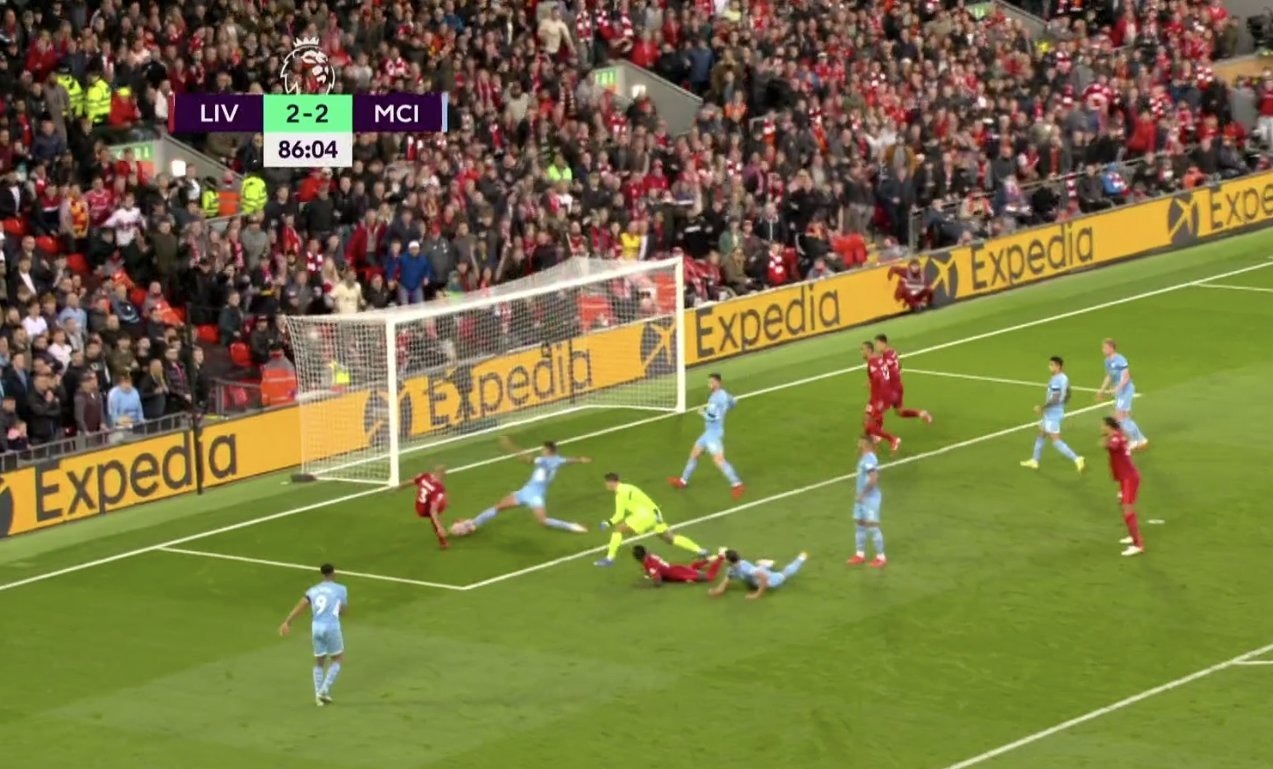 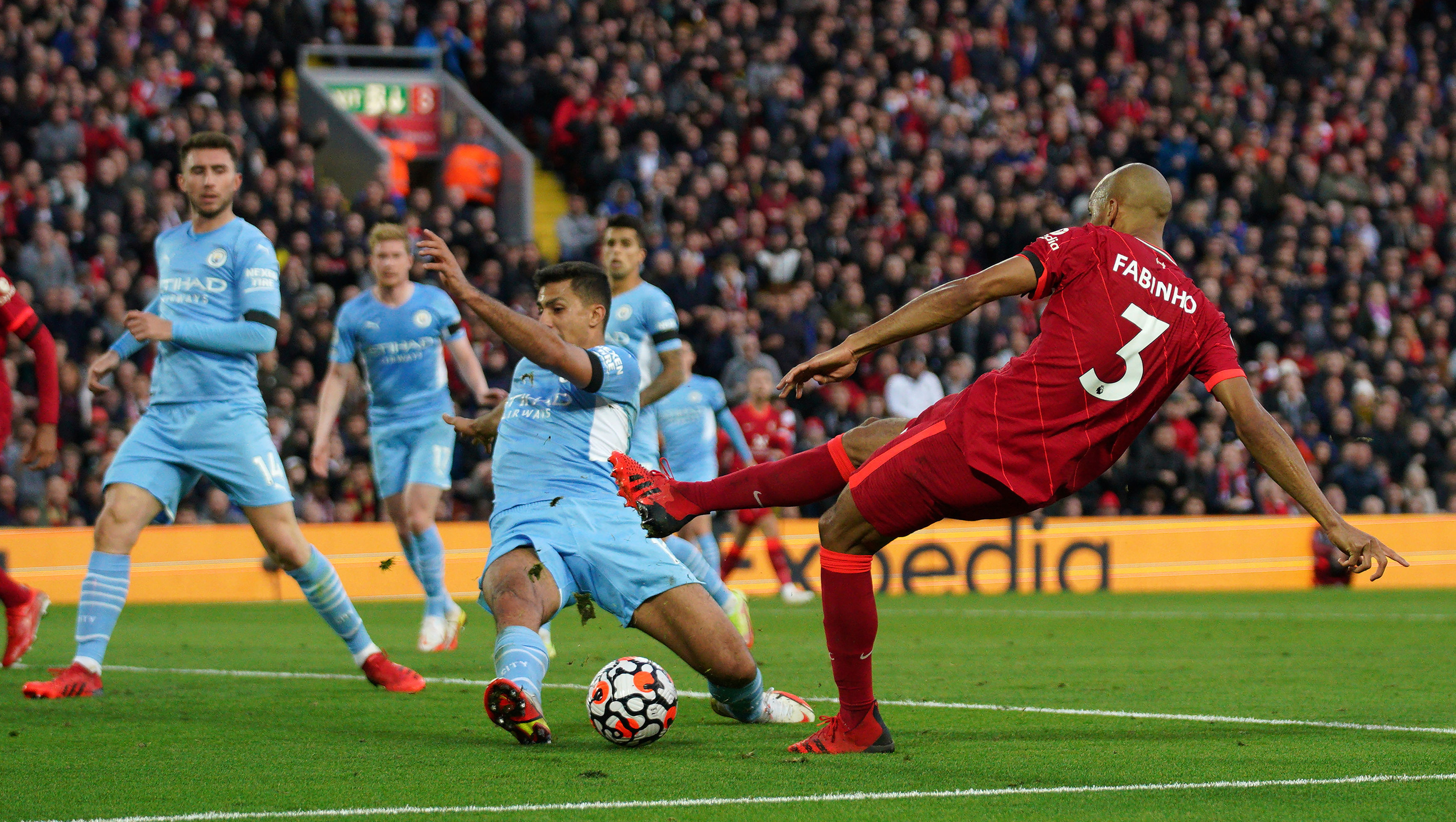 In the 87th minute, with the scores level at 2-2, Ederson missed a high ball from a Liverpool free-kick and the ball fell to Fabinho at the back post with the net at his mercy.

After taking a touch to control, the entire crowd expected him to slot home for a dramatic winner.

But as he side-footed goalwards, Rodri appeared from nowhere to make the crucial intervention, redirecting the ball away from danger as Gabriel Jesus latched on to it to clear.

As a result, City held on for a point at Anfield.

The Sky Sports commentator and pundit said: "What a block that is. I think Fabinho takes a bit of time and thinks it's in.

"It's an open goal but gives Rodri time to slide, fists clenched celebrating, he makes a right mess of it Ederson, he controls it, it's just a brilliant, brilliant recovery tackle."

And social media fans flooded in with praise for the 'beast' midfielder.

One said: "That tackle from Rodri just defies belief. No idea how he gets there."

Another wrote: "How do I tell my kids that rodri blocked this shot?"

A third added: "Still thinking about Rodri's tackle of the century!"

And a final user commented: "Rodri’s block is nearly as good a bit of football as Salah’s goal."

The Mo Salah goal referenced saw the Egyptian expertly wriggle past a swarm of City defenders before firing home at Anfield.

That wondergoal put Liverpool back in front after Phil Foden had earlier cancelled out Sadio Mane's opener.

But there was time for Kevin De Bruyne to grab another equaliser before Rodri's moment of magical defending as both sides squandered the chance to leapfrog Chelsea into top spot of the Premier League.