THIS is the race that sparked fury and led a 'p***ed off' trainer to say he would appeal the result. 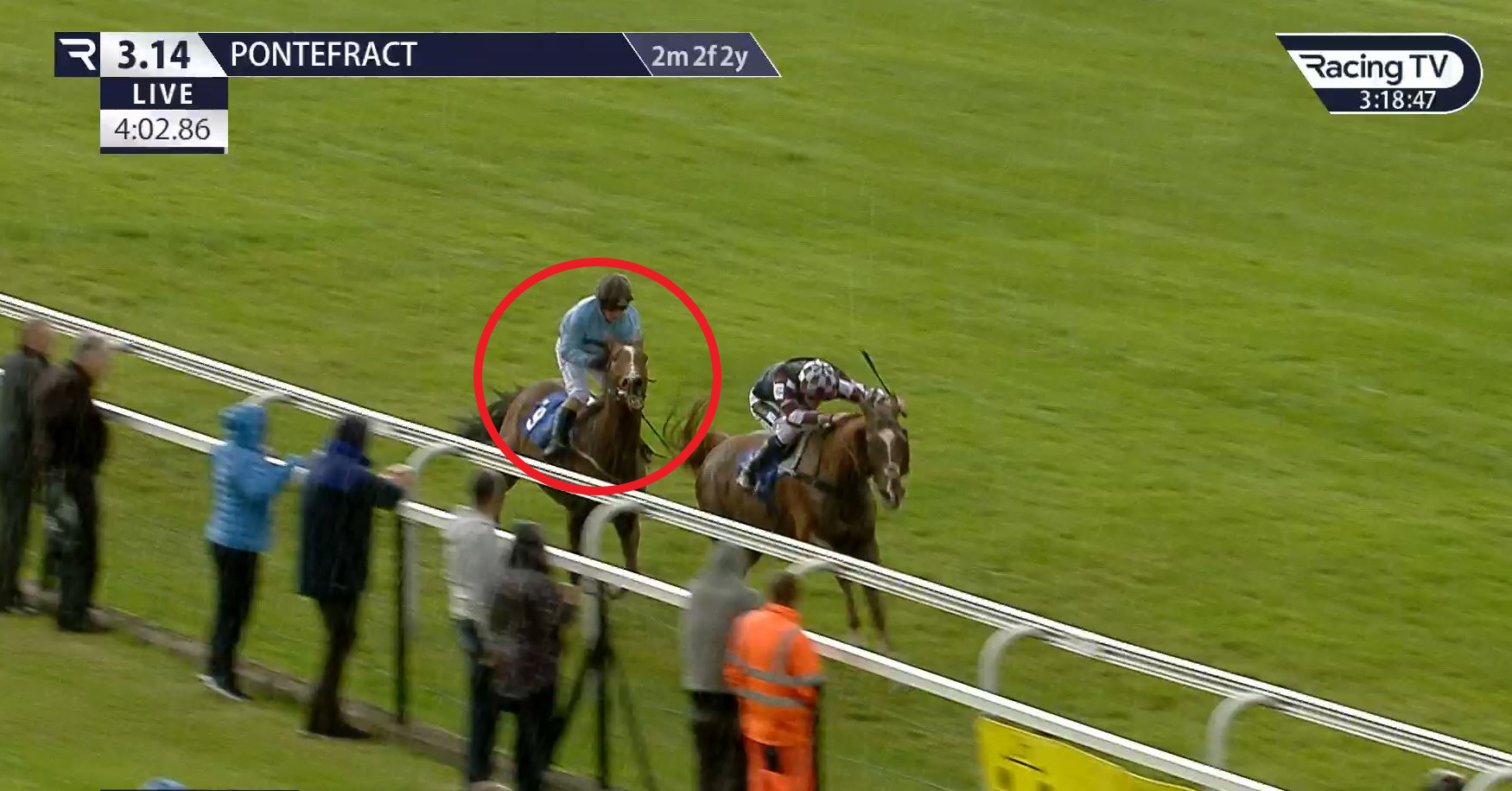 And a weighing room gaffe added to the drama as Faye McManamon – the jockey who came second – lodged her objection to the result with the wrong person.

The incident that caused it all came in a 2m2f race at Pontefract on Monday.

Stott on 3-1 Wynford and McManoman on 9-1 Dereham had surged clear of their rivals.

Thundering down the straight with the post in sight, the two were neck and neck in the Class 5 contest.

But it was with just under half a furlong to go that the flashpoint occurred.

Driving his mount hard, Stott, who had trails with Spurs, veered right on the Rebecca Menzies-trained Wynford, bringing the eight-year-old into the path of Dereham.

Squeezed for room and with the running rail inches away, McManoman was forced into evasive action on her five-year-old gelding.

She avoided disaster by standing up in the saddle and easing off her horse, allowing Wynford to power on past the post.

An enquiry was held after the race but only to consider the interference – not the standings.

Confusion then reigned as it transpired McManoman had mistakenly lodged her objection to the result with the track's social distancing officer and not the clerk of the scales.

''WOULD HAVE GONE THROUGH THE RAILS'

A furious Berry said: "I wanted to see a steward straight away because I was pretty p***ed off watching the race.

"The horses were neck and neck until Kevin pulled his stick to his left.

"He carried us all the way across to the stands' rail and our horse I thought was rallying.

"Faye would have gone through the rails if she hadn't pulled back.

"I feel it was intentional interference that cost us the race and I thought the enquiry was a formality.

"I've never appealed before and I always said I wouldn't, but I don't think we had a hearing, never mind a fair one.

"To me, it was intentional interference which cost us the race.

"I thought it would be a formality, then the result came through and it's official before the decision had been made on what to do.

"I thought this prejudices the decision they'll take because the bookmakers will have paid out.

"The stewards obviously have a low opinion of Kevin's skills because they thought it was accidental interference.

"I think Kevin's a much better jockey than they believe. I feel he steered his horse that way and we would have probably finished in front.

"I'm staggered that, before the official enquiry was concluded, they told the bookies to pay out."

Regarding McManoman's failure to lodge her complaint to the right person, Berry added: "It was a miscommunication.

"I'd normally go in and do it myself but we can't go in there at the moment because of the restrictions.

The official stewards' report read: "An enquiry was held to consider interference inside the final half-furlong when the winner, Wynford, ridden by Kevin Stott interfered with Dereham, placed second, ridden by Faye McManoman.

"Stott was suspended for three days for careless riding as he had allowed his horse to drift right towards the rail without sufficient correction, causing McManoman to have to take a check." 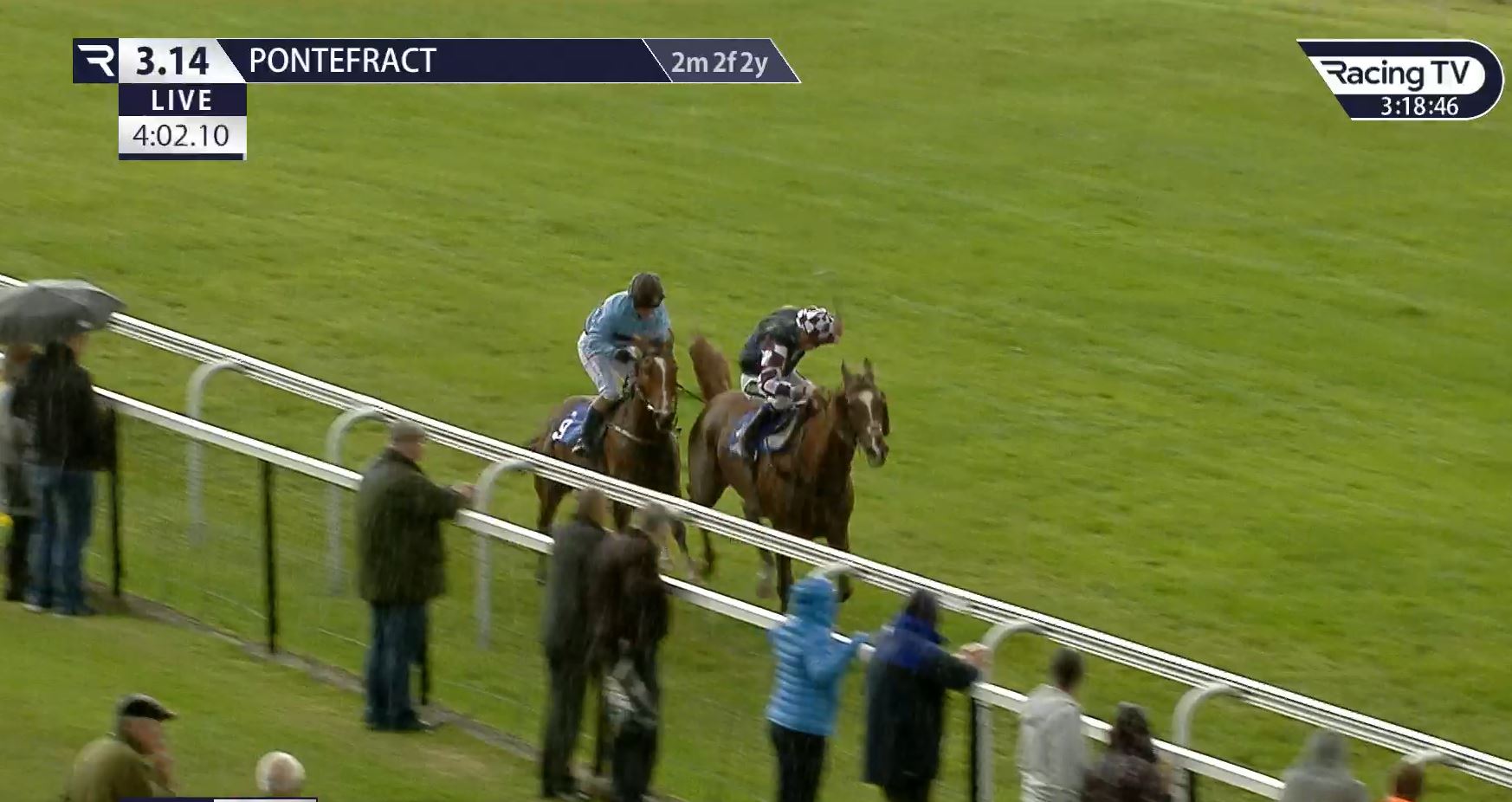 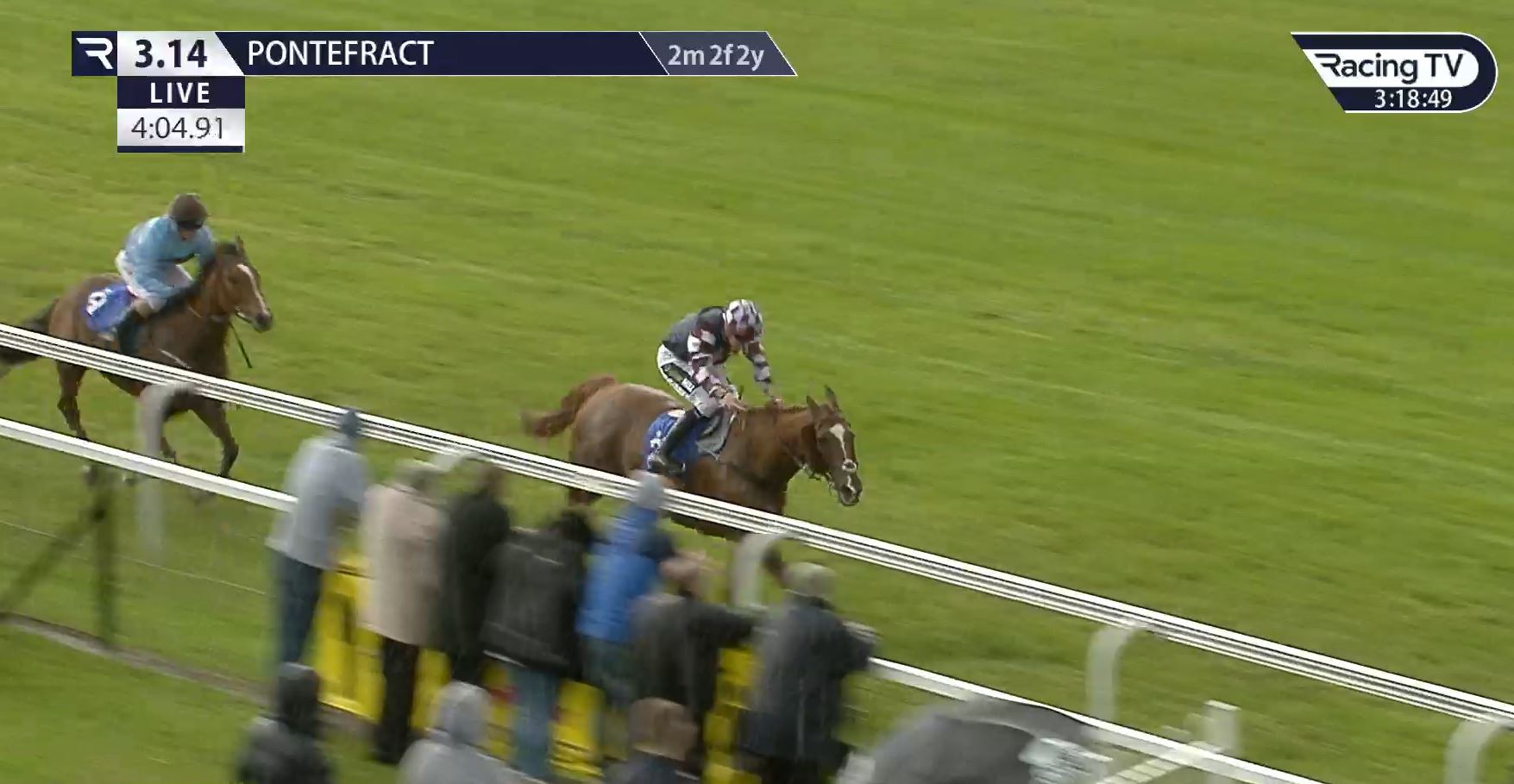 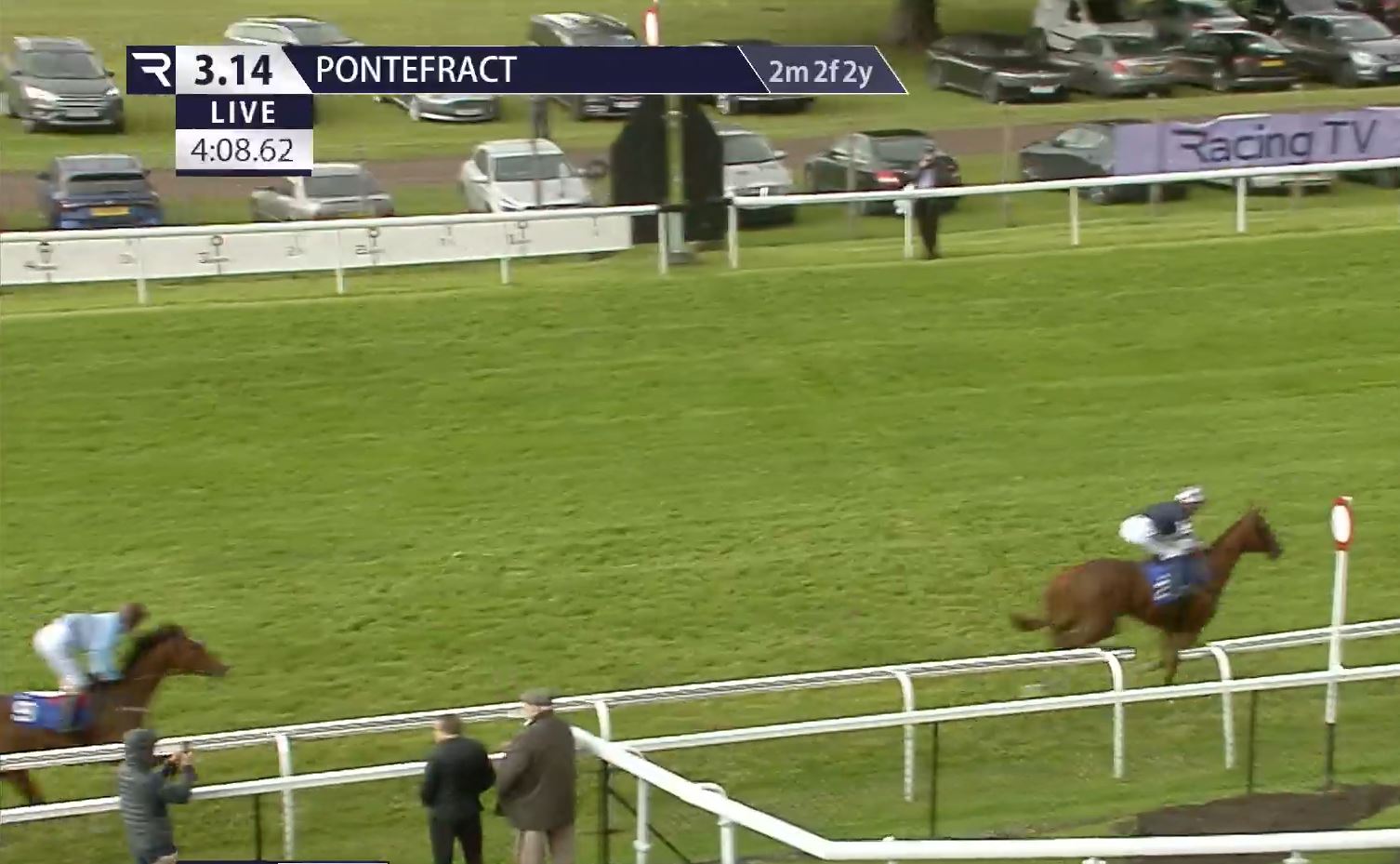