A DAFT England fan crashed into Jonny Bairstow when he invaded the pitch during the Fourth Test against India at The Oval.

It is the THIRD time the same pitch invader has disrupted play during this Test series. 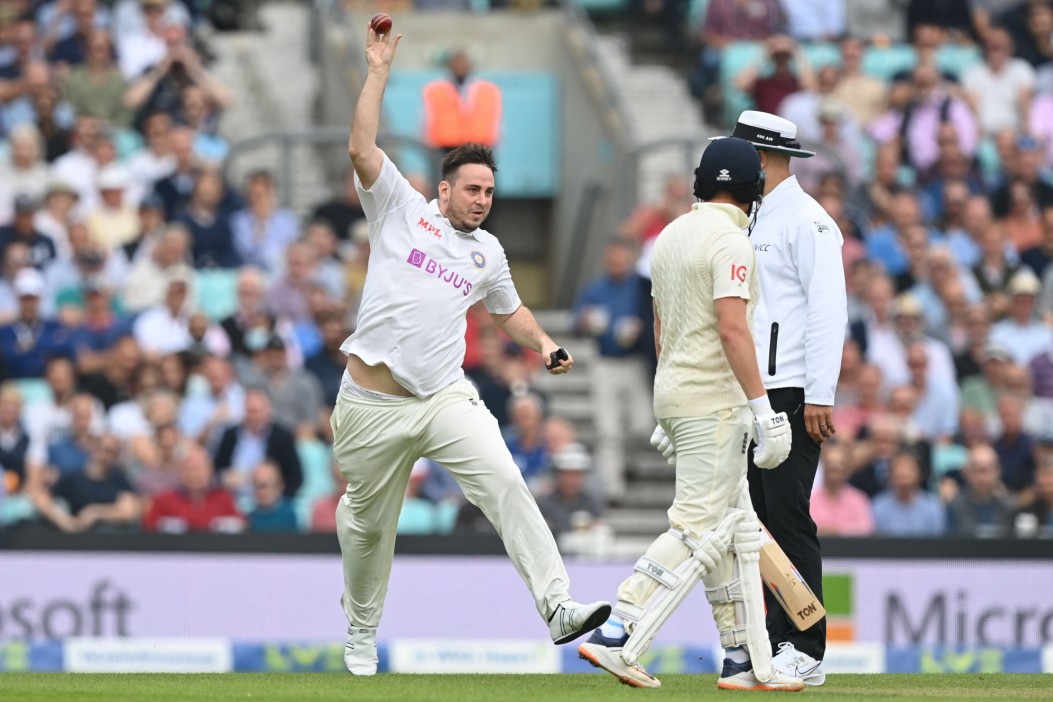 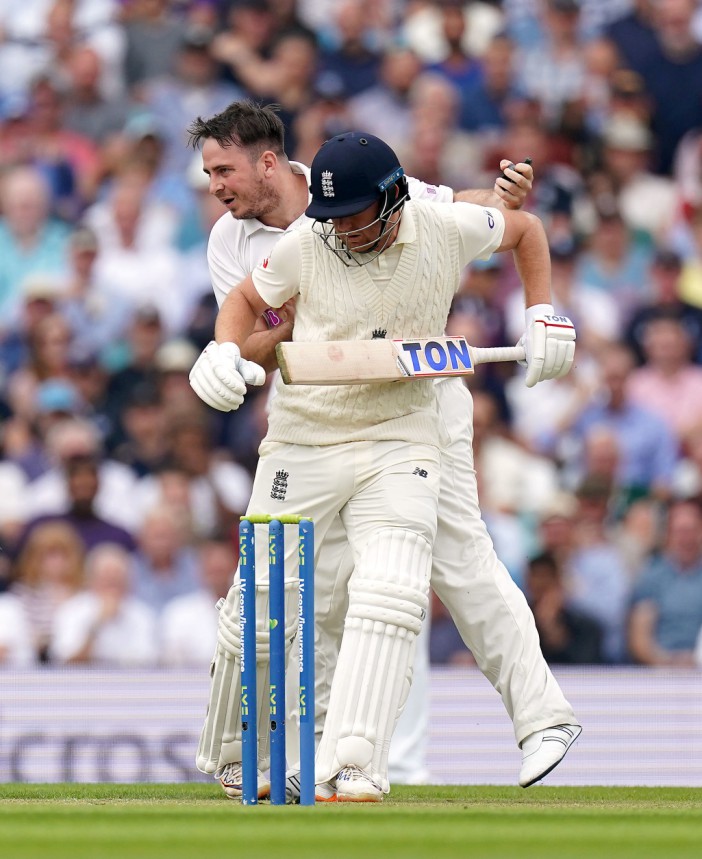 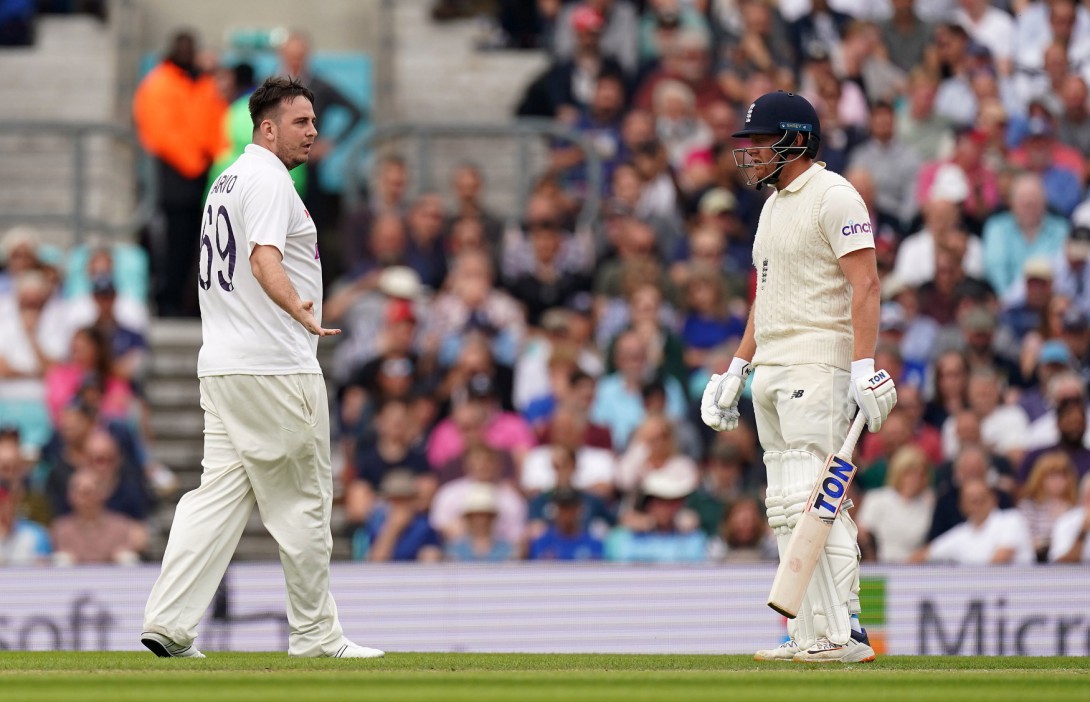 The prankster goes by the name of Jarvo 69 and has also made appearances at Headingley and Lord's.

This time around Daniel 'Jarvo' Jarvis came with ball in hand in an India top and delivered his ball on the wicket before clattering into an unaware Bairstow.

The England batsman, who could easily have been injured, was rather displeased with the idiot's antics.

The pair could be seen gesturing towards one another before stewards escorted the foolish fan off the pitch.

'Jarvo' also took to the pitch during the Test at Lords in attempt to play for India.

During the Third Test at Headingly the serial prankster ventured out to the crease in his pads and helmet.

A Surrey spokesman told SunSport: "Spectators are banned from coming on the field at any time."

That will unlikely stop 'Jarvo' however, as he has created a gimic out of interrupting a range of sporting events.

He was spotted taking a dive at a diving event last month.

He also took a tent onto the field of play during a cricket match and posted the video of his stunt on his Youtube channel. 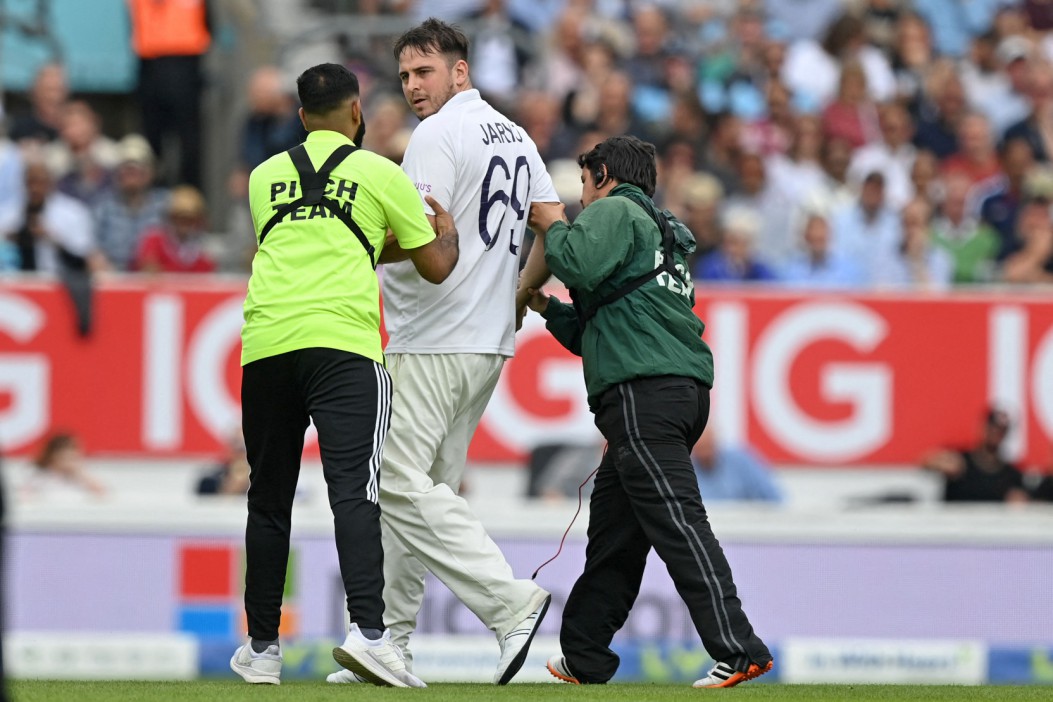