The League Two side were beaten 3-1 in the EFL Cup. 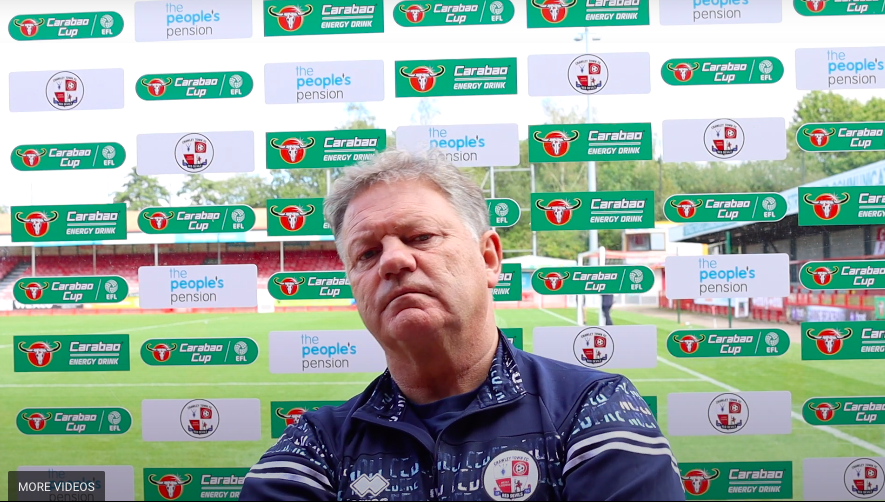 And Crawley spoke to their boss afterwards, but were given rather short and grumpy responses.

Questioned on what the thinking was behind switching his squad set-up, Yems responds: "Hopefully to win the game."

The manager was then asked what he could take away from the defeat.

The brief exchange was mocked by fans online.

One said: "What is the point of interviewing Yems if he has nothing to say?

"He is either fuming or totally disinterested."

One added: "This guy must be so frustrating to be around."

Another added: "Please put Yems on a media course. He could at least try to be engaging."