FEW moments at Euro 2020 will be as touching as Victor Lindelof's reunion with his son after Sweden's exit.

The Manchester United defender's anguish at Ukraine's last-gasp triumph evaporated on his doorstep as toddler Ted Louie shook with excitement, screamed with joy and then embraced Lindelof. 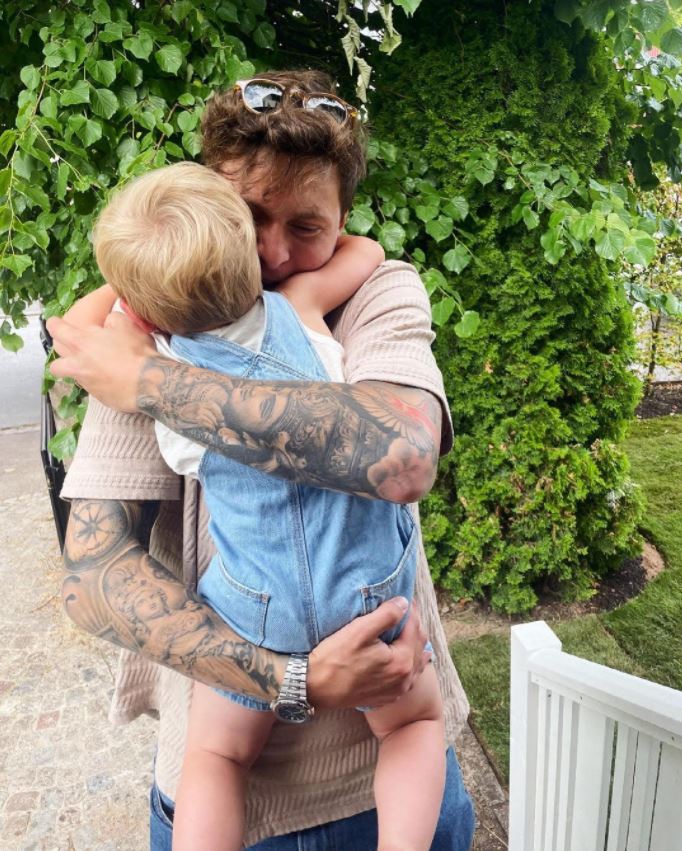 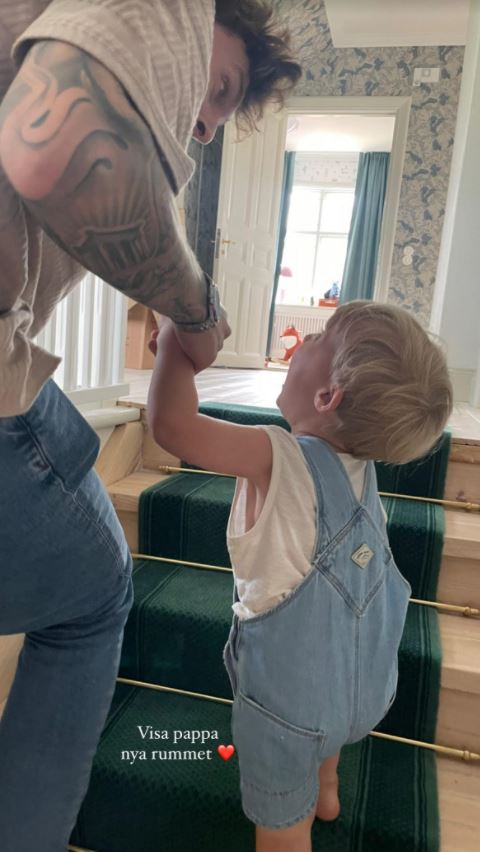 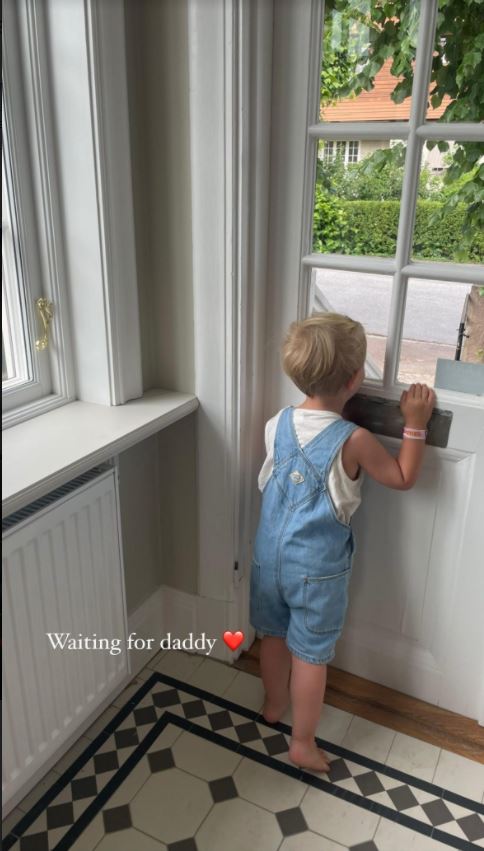 The former Benfica star's wife Maja Nilsson posted a video of the exchange on Instagram, captioning it: "Someone has been missed."

Two-year-old Ted first peered through the letterbox like a kid at Christmaslooking up the chimney for Santa Claus, before pushing the front door open and rushing to his dad.

He bounced up and down, waving his arms in excitement, and was swept up into the centre-back's arms.

Lindelof, 26, grinned just as widely as his son, who then escorted him up the stairs while clutching his dad's hands and craning his neck up to to gaze into his eyes.

Even the most disappointed, disgruntled football fans at the Euros, their team's dreams shattered on the field, would surely be cheered by this reminder of the deeper things in life.

And certainly any worries Lindelof had were instantly replaced by the simple joy of being at home with his young family. 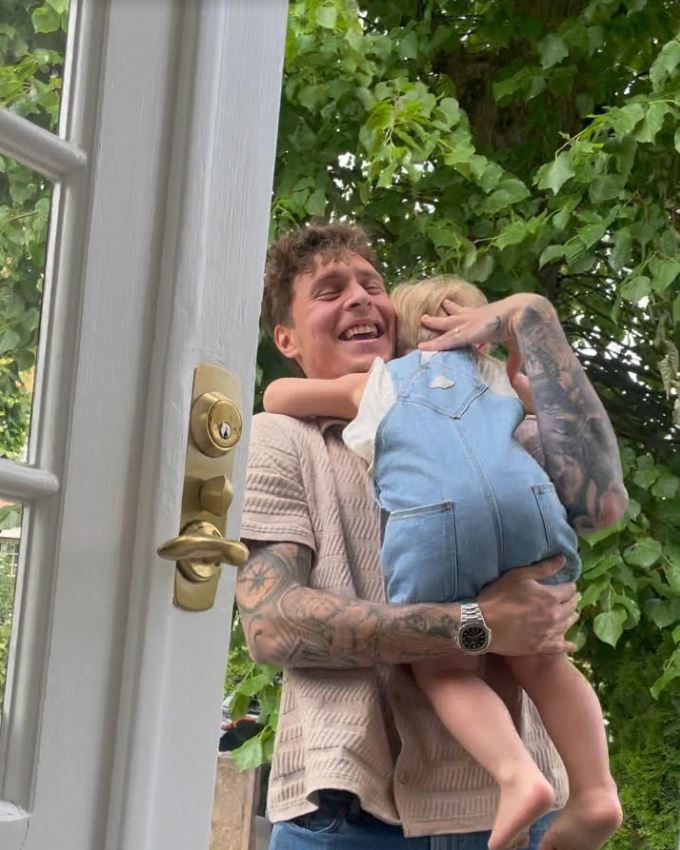 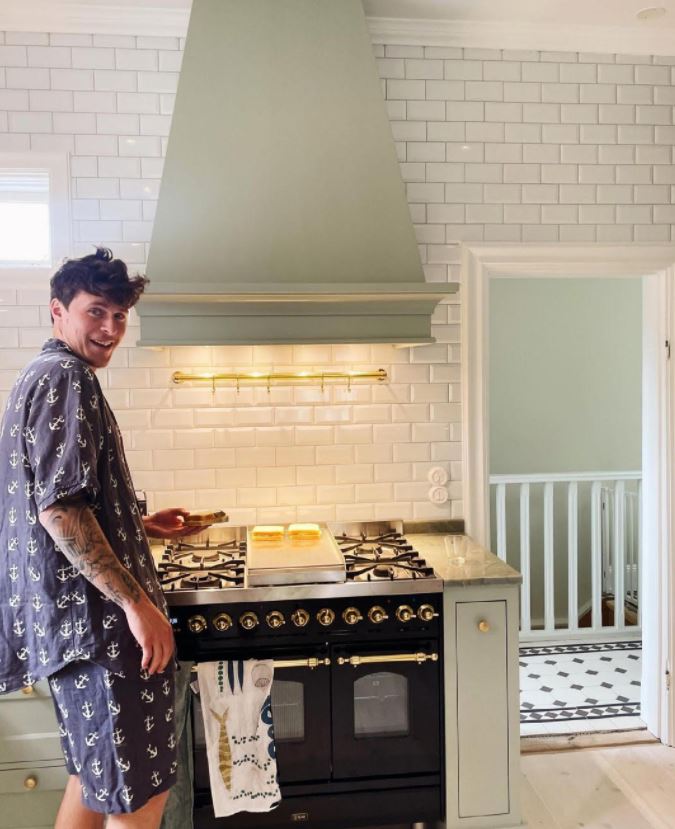 The Swede later looked just as happy when tucking into cooking duties in the kitchen.

It was all such a contrast to Tuesday's 2-1 defeat after extra time against  Ukraine.

That ruined Lindelof's hopes of a quarter-final clash against England, including fellow United defenders Harry Maguire and Luke Shaw.

But it will be only a brief period of rest before pre-season training with new signing Jadon Sancho and Co,plus more speculation about Old Trafford boss Ole Gunnar Solskjaer signing another centre-back.

Lindelof and Eric Bailly have long lived with talk of United spending bid on a new partner for Maguire.

But who cares about that for now when you have a little child to welcome you back to a temporary escape from football.