DYNAMO DRESDEN supporters laid on a crazy firework display outside their team hotel ahead of their delayed return to match action.

A cacophony of explosions was accompanied by a sea of flares as ultras held up a banner reading: "Together against the rest of the world." 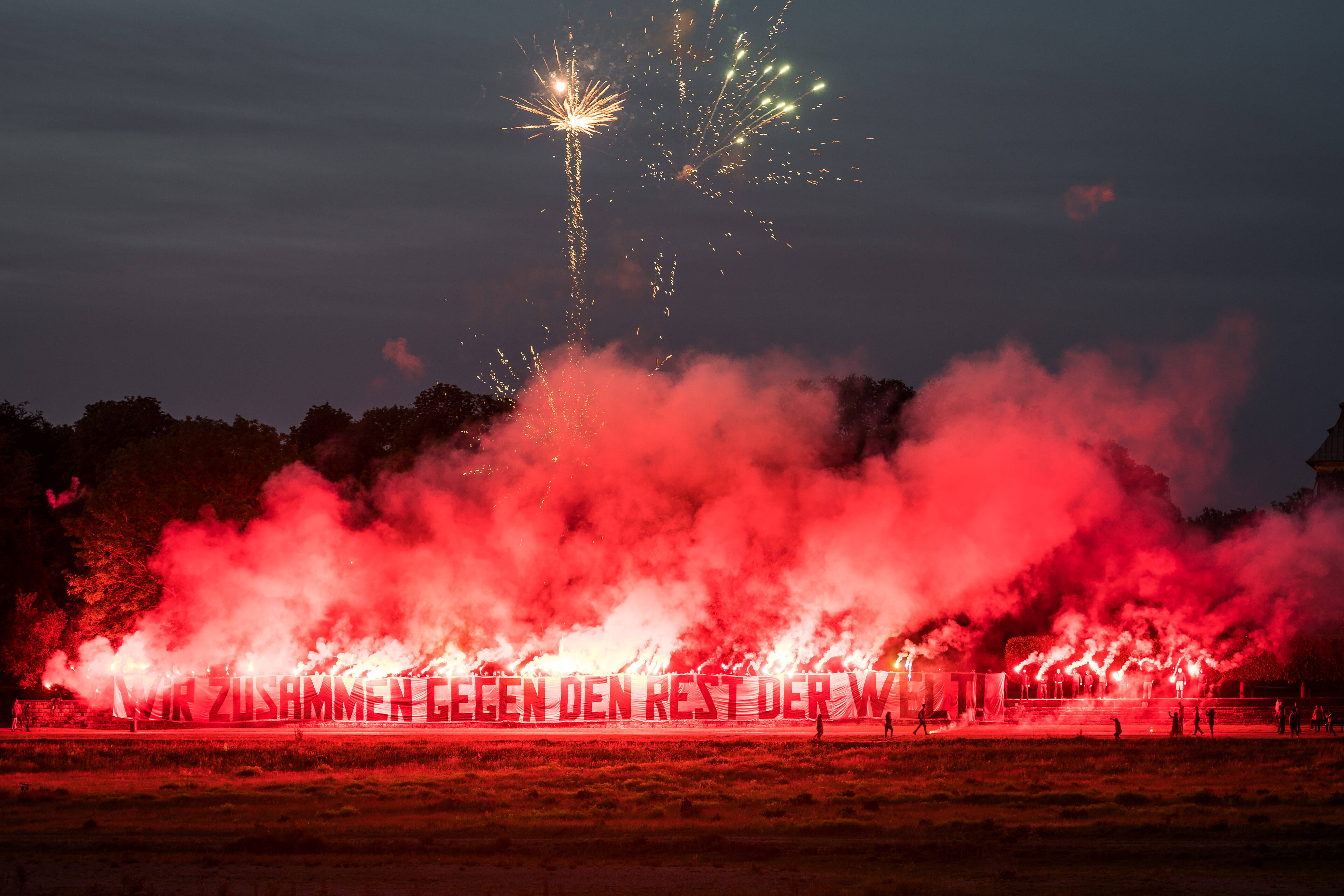 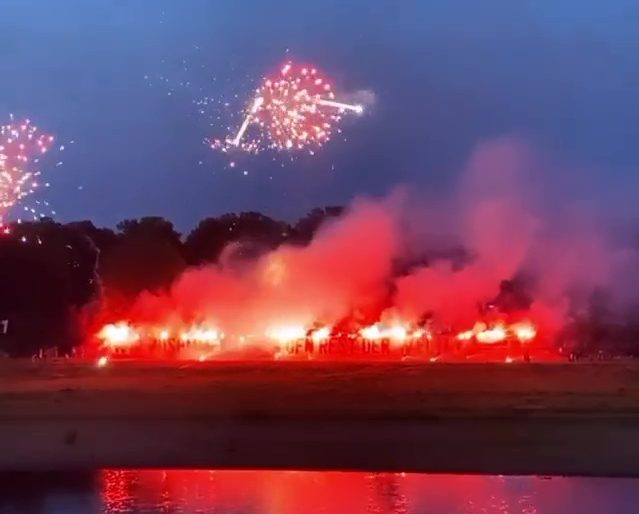 Dynamo restarted their Bundesliga.II campaign on Sunday afternoon having been held back from competing due to a coronavirus outbreak in the squad.

Two positive tests after the team returned to training in early May led to the entire team being placed in quarantine.

A further pair of cases were then confirmed ten days ago, in a player and a member of staff.

Their first three games were subsequently postponed as the rest of Germany's two highest tiers kicked off.

With games in hand, Dresden sit bottom of the table and eight points behind 15th-place Nurnberg ahead of the game against Stuttgart at Rudolf Harbig Stadion.

German football has otherwise suffered few setbacks on its return from the coronavirus crisis.

However Augsburg coach Heiko Herrlich was forced to miss his side's first game back after absconding from lockdown to buy toothpaste.

He later returned to the dugout, having admitted to Bild: "I was naive, stupid or goofy, whatever you want to call it.

"I know that I made a mistake. That's why I took the consequences on my own."