BRUNO FERNANDES gave the ball away 'too easy' in the build-up to Leicester's equaliser.

That was the view of pundit Glenn Hoddle. 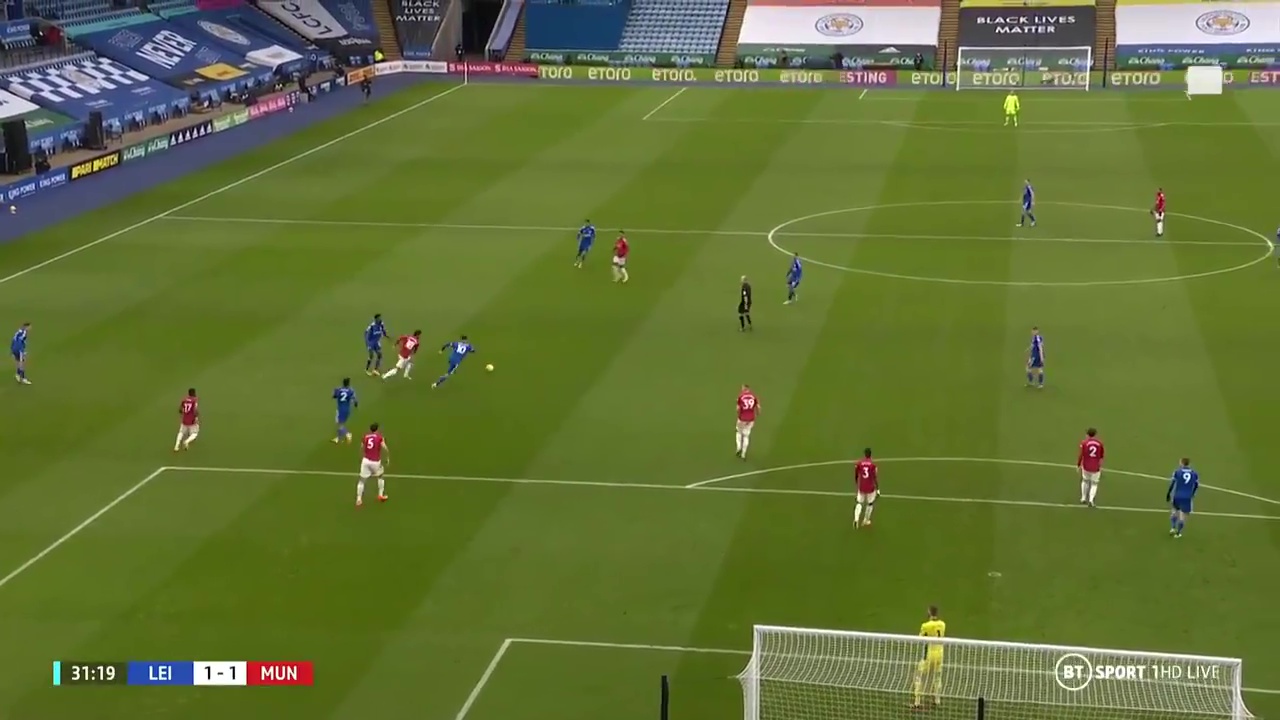 Manchester United were leading 1-0 at the King Power, as Fernandes' flick set up Marcus Rashford to slot home.

But the midfielder went from hero to zero after carelessly conceding possession to James Maddison.

The England international then shifted it on to Harvey Barnes, whose left-footed strike was too powerful for David de Gea.

But Barnes' wonderstrike was overshadowed by Fernandes' gaff which cost United their lead.

BT Sports commentator Hoddle said: "United give away the ball too easy there. Fernandes gets caught.

The former England manager added: "(Scott) McTominay doesn't face up to him (Barnes), to be fair Bailly is in the way there for De Gea.

"He just gets caught and he (Barnes) just curls it round Bailly into that bottom corner. It's a really good strike."

Stats before the match revealed Fernandes lost the ball 27 per cent of the time he is in possession.

He ranked as the 21st most wasteful player on the ball, with Leeds' Jack Harrison coming top of the unwanted list – losing it 36.9 per cent of the time.

Despite Fernandes losing the ball, Old Trafford legend Paul Scholes was quick to point the finger more at McTominay – who failed to close Barnes down.

Scholes said: "I thought McTominay was taking social distancing a bit too literal there.

"He's got to stop the shot, hasn't he? We know the ability Harvey Barnes has got, he's shown that.

"Bailly should be getting out there to stop the shot. De Gea is a little bit unsighted, so probably unfair to blame him."