BORUSSIA DORTMUND players celebrated in front of an empty "yellow wall" after hammering Schalke 4-0 on the Bundesliga return.

Second placed Dortmund closed the gap to just one point behind champions and league leaders Bayern Munich as football resumed amid the coronavirus pandemic. 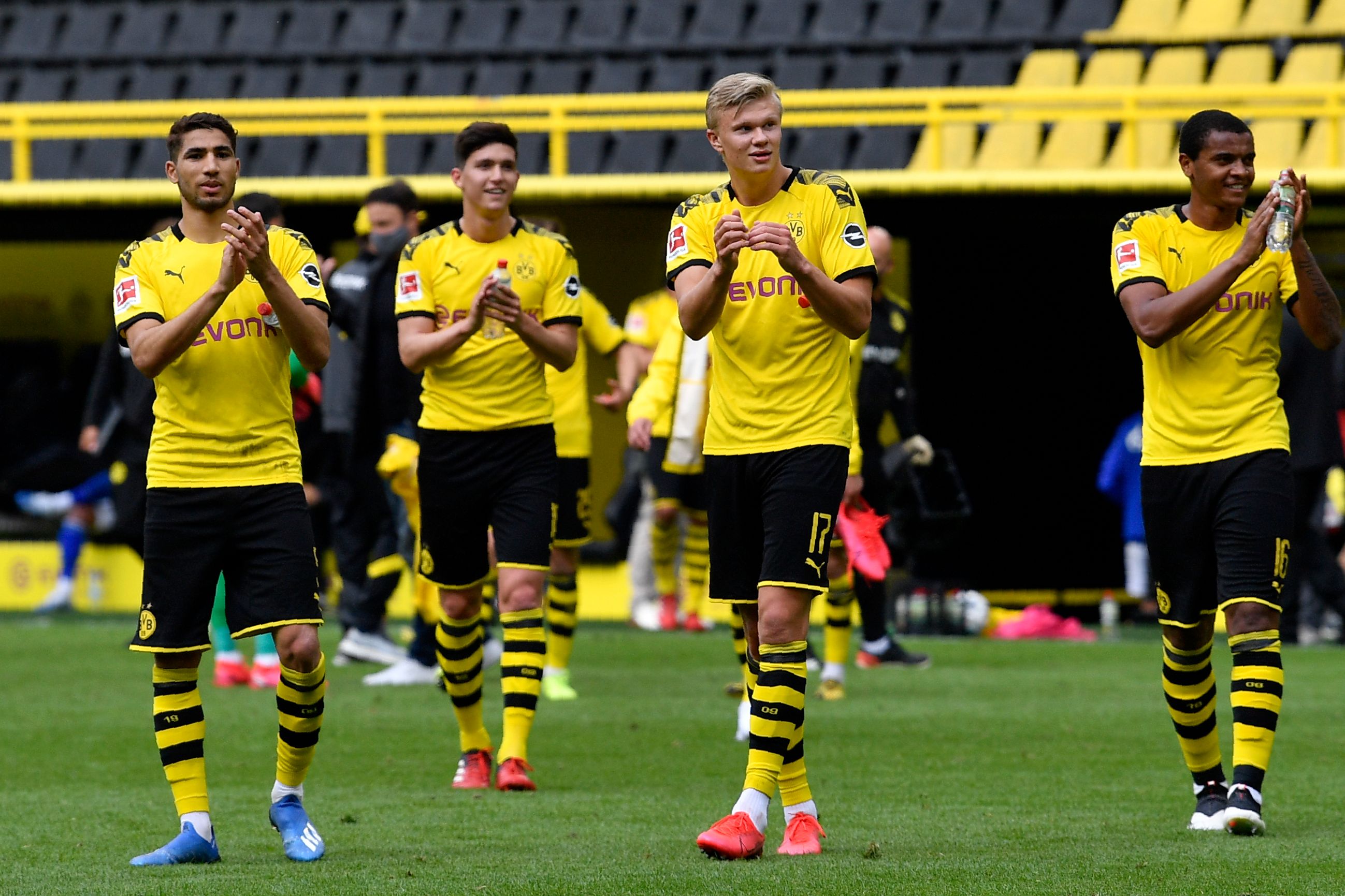 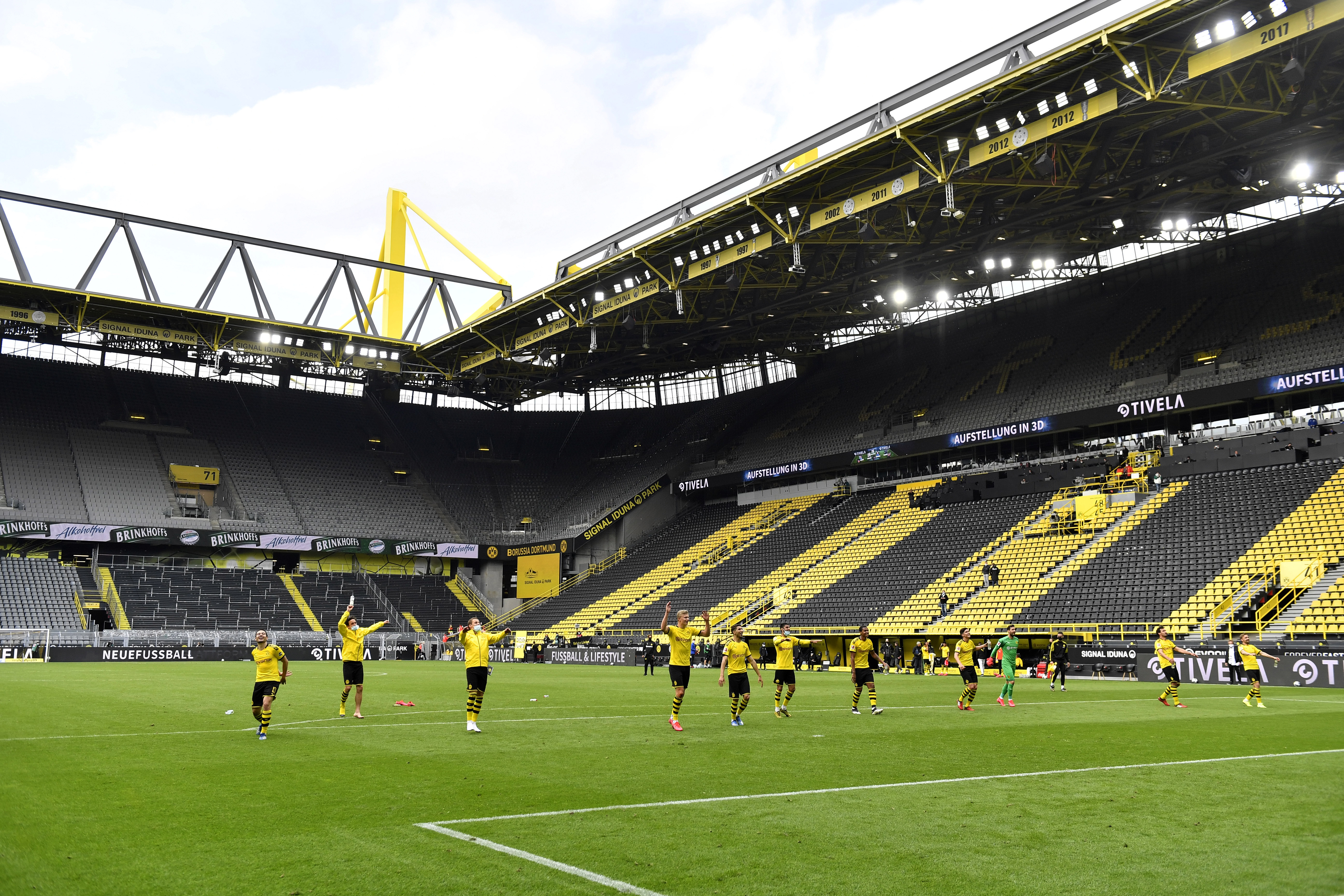 But their traditional post-match celebration, which consists of marching towards their legions of fans, looked completely different in an empty stadium.

The Dortmund squad still rallied and celebrated with their cheers crystal clear to hear.

Even celebrations during the match are now at a distance, as part of the new measures in place.

And it was no surprise Erling Haaland scored the first goal of the Bundesliga restart.

The prolific Borussia Dortmund frontman was no doubt one of the favourites to make the history books and be the first person to register after virus suspended the campaign.

It was a deft finish that put his side 1-0 up against Schalke, with Thorgan Hazard getting the assist.

Delighted team-mates kept their distance as the 19-year-old Norwegian took the plaudits.

But the goals did not stop there for the league's second placed side.

Raphael Guerreiro scored the stroke of half-time and later followed it up on 63 minutes to make it 4-0 with Eden Hazard's brother Thorgan netting in between with a 48th minute goal.

England forward Jadon Sancho came on as a late sub having been benched due to a prior calf injury.