The Scot will bid to unify the light-welterweight division against the undefeated Mexican-American early on Sunday morning.

But the pair almost came to blows earlier than expected just moments after taking part in a heated stare down.

After catching sight of Ramirez as he made his way through the Virgin Hotels Resort, Taylor made his way over to his opponent to have more words.

The Prestonpans pounder's shove sparked a huge melee, with members of both fighters' camps getting involved.

The pair, 30 and 28 respectively, were quickly separated – with Taylor's team eventually being bundled into a lift.

After the dust had settled, a fired-up Taylor said: "I guarantee I'm gonna knock him out." 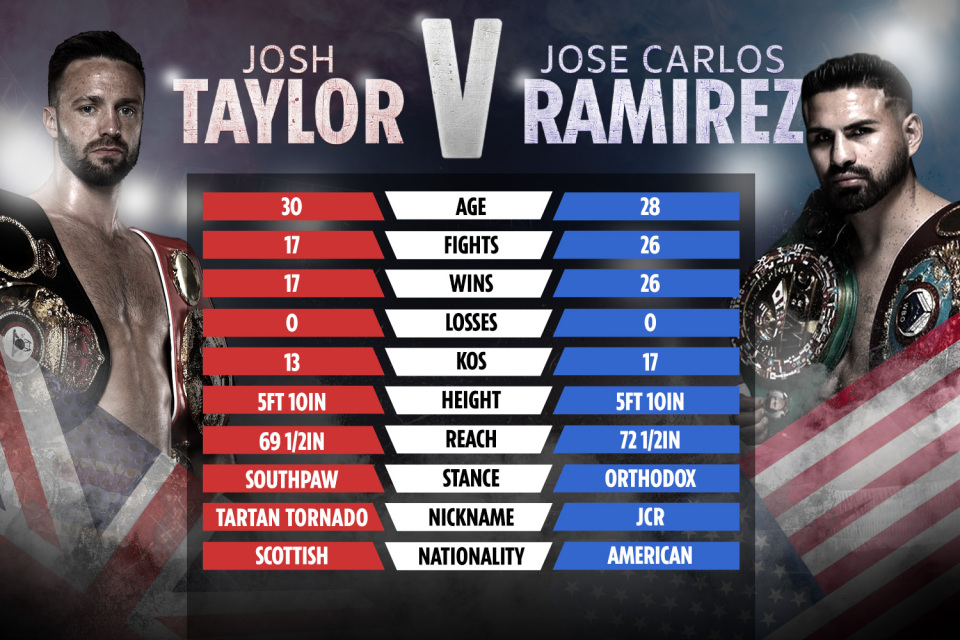 A calm and composed Ramirez said: "I'll do what I gotta do [to win].

Tensions were high during the pair's first face-off earlier this week, although Taylor was a lot more respectful towards JCR.

He said: "I respect every fighter that jumps in the ring.

"You don't become a unified champion out of anywhere. You have to be a great fighter.

"I highly respect him. He is a great fighter and a great person, but on Saturday night, as soon as that bell rings, all that goes out the window.

"This fight means the world to me.

"Puts my name in the history books as one of the [best] Scottish fighters in history.

"That's why I have trained so hard for this fight. I dedicated my whole life to the sport.

"This is a pure boxing fight. I'm confident I'm getting the KO on Saturday."