JORGINHO led the Italy squad in singing Oasis hit Wonderwall on his guitar during a team dinner.

The Chelsea star, 28, kept his international team-mates entertained while at dinner ahead of their Nations League game with Poland. 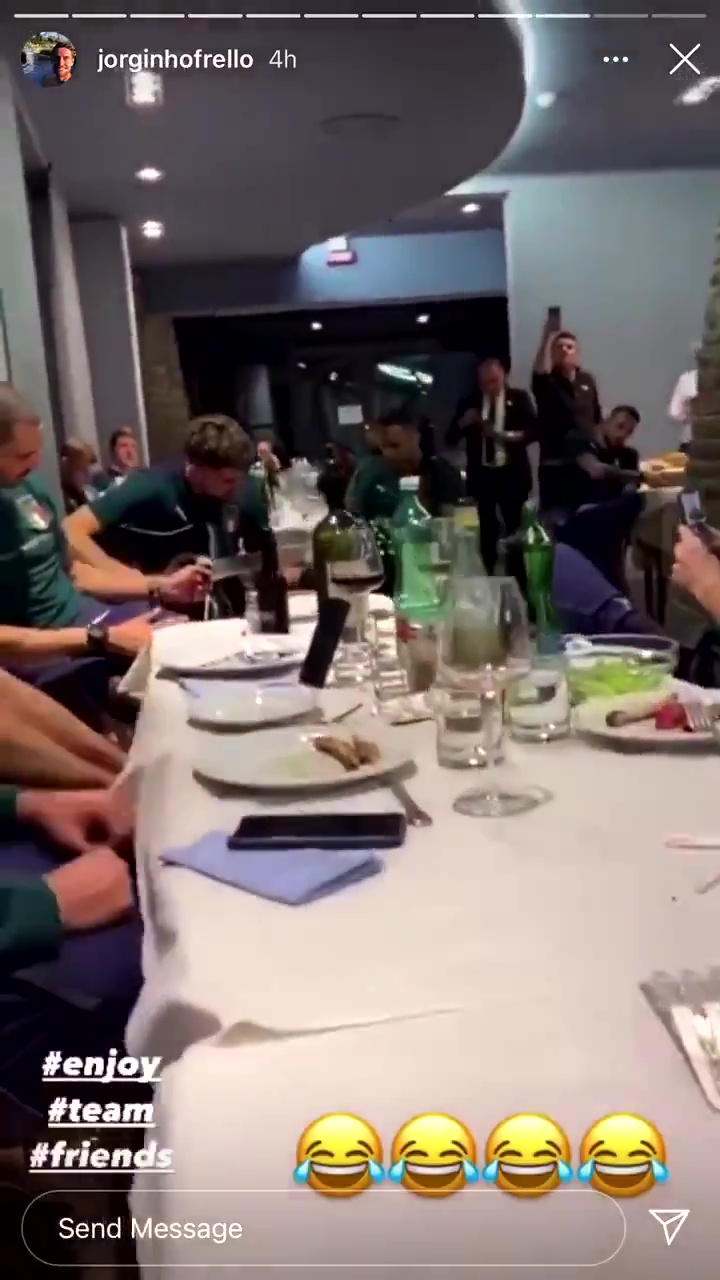 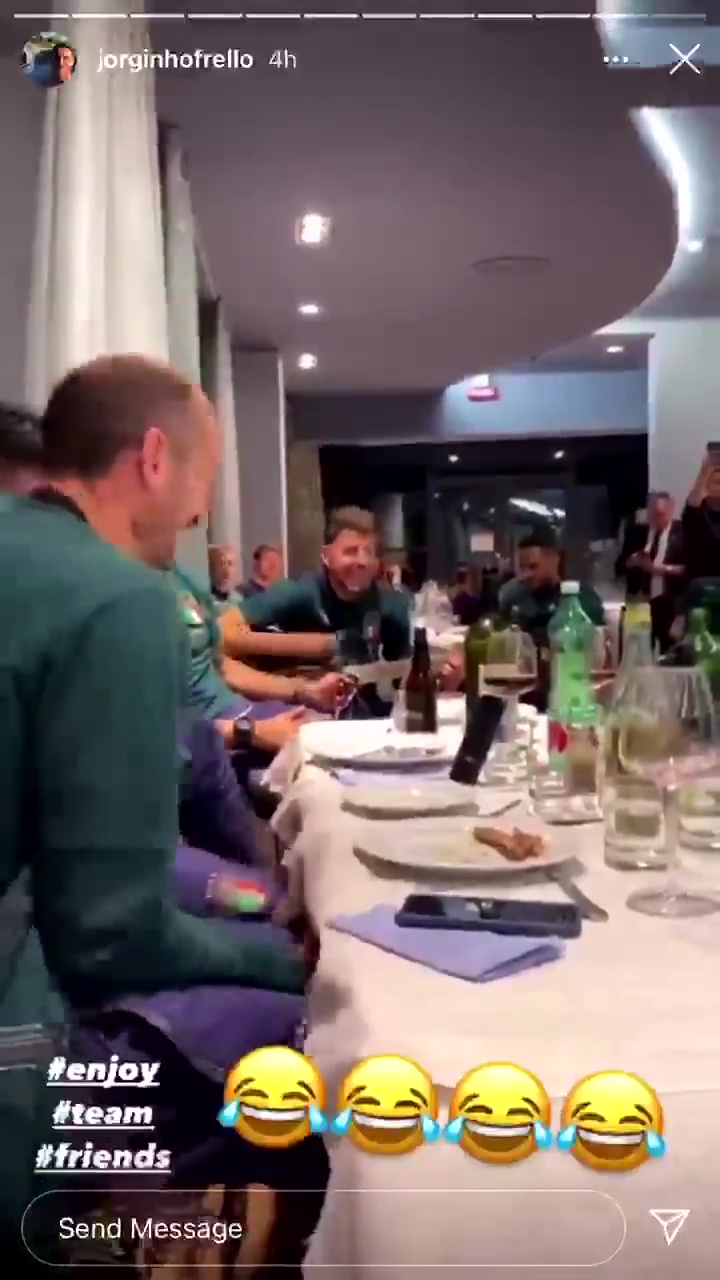 Italy beat Moldova 6-0 in a friendly on Wednesday, with Jorginho keen to make sure they stay loose for Sunday's big game.

The Azzurri then take on Holland on Wednesday in their massive Nations League group A game.

As Jorginho strummed along to Wonderwall on his guitar, the squad – including veteran Giorgio Chiellini – all joined in belting out the words.

Jorginho recently revealed he had got into playing the guitar due to lockdown.

Desperate to keep himself busy while unable to get out, the Italian turned to building a bike and strumming the strings.

Jorginho revealed: "You have to find something else to do to keep yourself busy.

"I, for instance, have assembled my bicycle, and I got my guitar again to play and practise.

"The worst part is that I can more or less play but the singing just doesn’t come off."

And Jorginho seemed to be without a care in the world with his future all-but sorted.

The Italian was linked with moves to Arsenal and Paris Saint-Germain in the summer with Frank Lampard looking to move him on.

However, a move failed to come to fruition, with Jorginho now looking to cling on to his first-team spot.

In his most-recent game, Jorginho scored twice – both from the penalty spot – in the 4-0 win over Crystal Palace, sparking a row between Cesar Azpilicueta and Tammy Abraham.