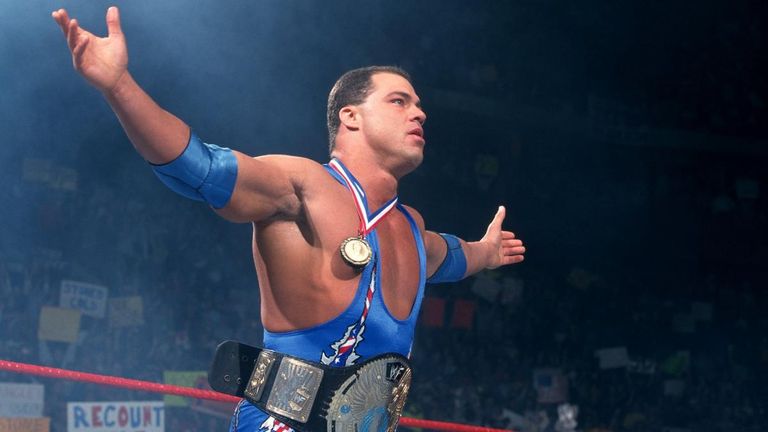 Kurt Angle will have his last ever match at WrestleMania next month – but who do you want to see him face?

The Olympic Hero brings down the curtain on a glorious career at WWE’s biggest show of the year in the MetLife Stadium in New Jersey on April 7.

Since making his debut in 1998, Angle has captured six world championships and the hearts of wrestling fans around the world. 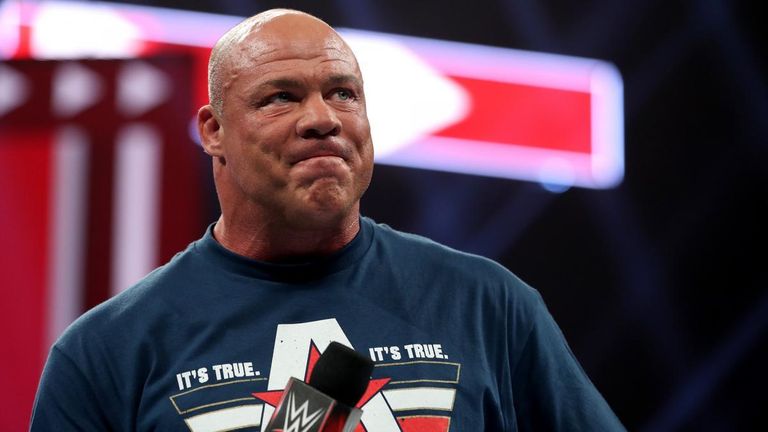 His embodiment of ‘intensity, integrity and intelligence’ made him a stand-out performer from the start and his retirement is likely to be an emotional affair for everyone concerned.

So who should stand across the ring from him for it?

Perhaps the most obvious choice is John Cena. Angle was Cena’s opponent for his WWE debut in 2002 as he himself embarked upon a long and storied career. Could the time be now for one last show of ruthless aggression? 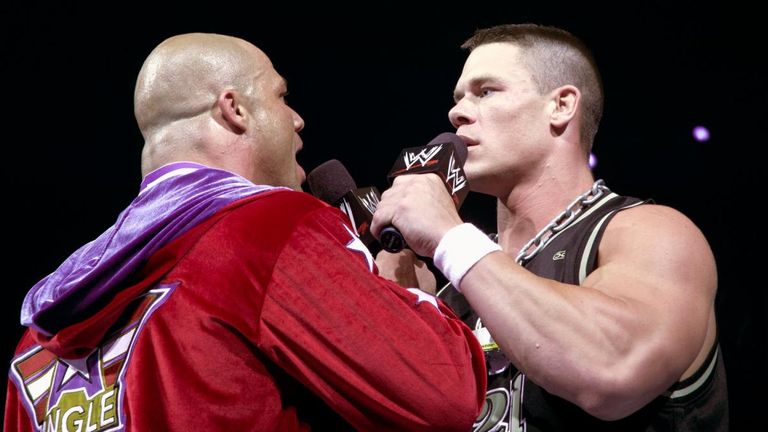 Or should Kurt get the chance to exact a final revenge on Triple H, the man with whom he regularly crossed swords both in the ring and in their more recent rimes as part of WWE’s corporate structure?

Another contender is Samoa Joe, a man with whom Angle had a fierce rivalry – albeit in another company – and whose United States title he, as a proud American, would surely covet.

The Undertaker is conspicuous by his absence on this year’s WrestleMania and it would be a fitting act for the Dead Man to retire Angle at the event with which he will always be associated.

And then there’s a new opponent. Giving the honour of retiring Kurt Angle could be huge for, say, a Finn Balor or a Drew McIntyre in a ‘passing of the torch’ moment.