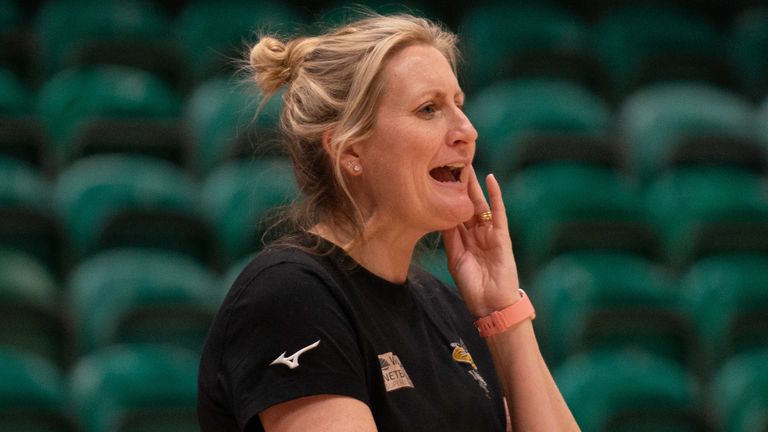 Mel Mansfield will lead Wasps Netball in the 2021 Vitality Netball Superleague season, after putting pen to paper and signing a new contract with the franchise.

Mansfield’s new deal takes her into her fifth season with Wasps Netball, she was assistant coach for their back-to-back title winning campaigns and then led the team to the Vitality Netball Superleague grand final last year.

The 2020 season hadn’t started brilliantly for the former champions, having won just one of their four matches, and due to COVID-19 and the season being cancelled, they did not have the chance to turn things around.

“It was incredibly disappointing that the season barely got started this year and I know the squad feel like there is unfinished business from that campaign,” she said.

“We’re viewing this as a new phase for the club and the pandemic has afforded us time to think about the direction, we are heading in.

“We have a phenomenal culture at Wasps and the players really took care of each other throughout the pandemic. Now we’re looking forward to getting back out there on court and competing for our third title.”

The head coach and her team will be without Wasps Netball’s former captain after Hannah Reid announced her retirement from netball in July.

Colette Thomson MBE, who was on the coaching bench when England won Commonwealth Games gold in 2018, arrives with a wealth of experience.

“We have a brilliant coaching team on board, and I am thrilled to have Bianca and Colette alongside me,” Mansfield added.

“I’ve known Bianca for many years, and she has been a hugely popular figure with the team since joining us. We’re delighted to have her back on board. She’s a defensive specialist, straight talking, a joy to be around and I love working with her.

“Colette has a fantastic netball brain and is one of the most respected coaches in the sport both regionally and nationally.