DUELLIST has been knocking on the door with a couple of good thirds, including over course and distance two runs ago. 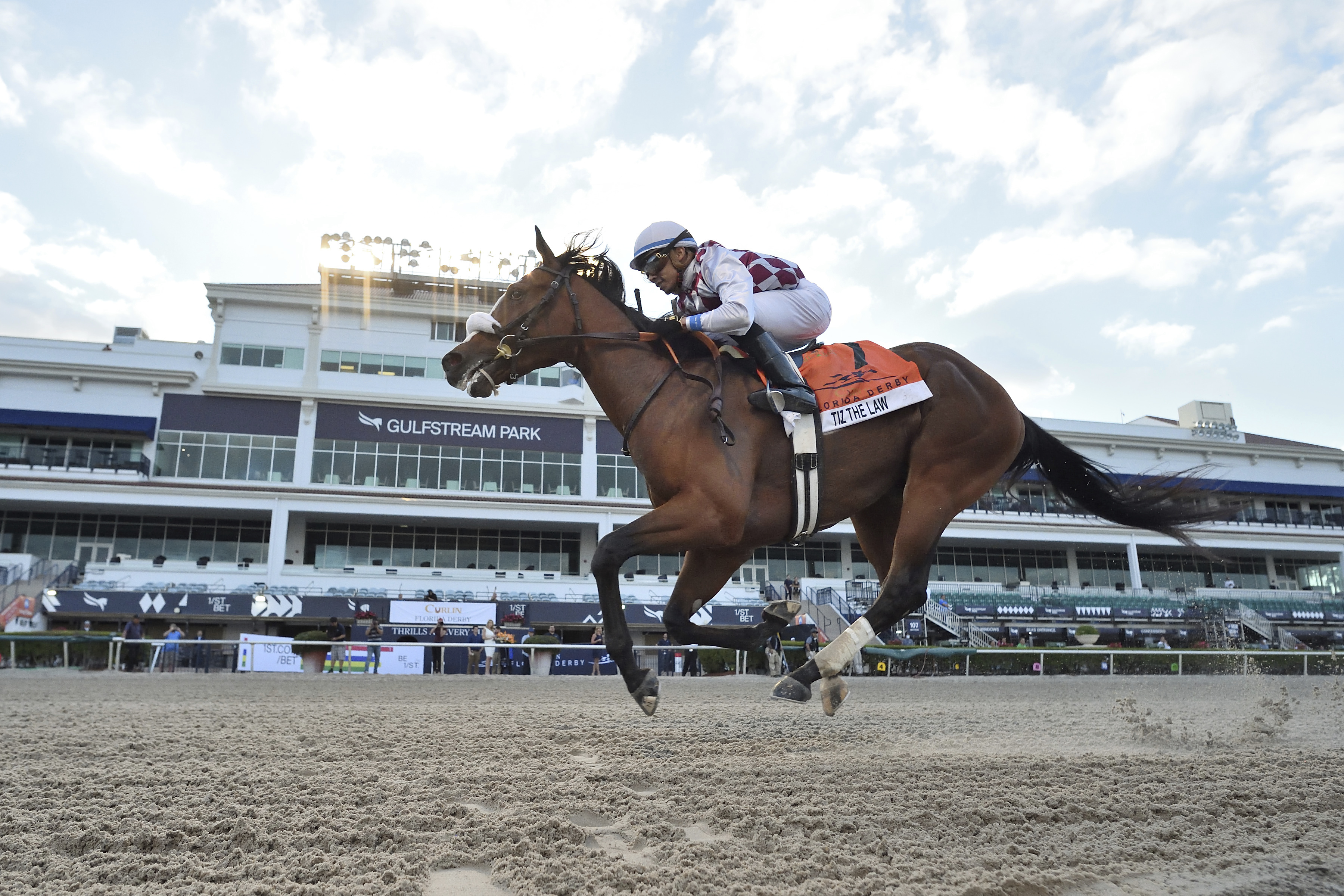 This opposition doesn’t look any stronger and he should be in the frame at least again.

Big Treasure has shown some promise on turf and looks overpriced as he has been running in stronger contests than this.

Punchline is another entering calmer waters after going well for a long way last time. He has a handy draw and won’t be far away.

PEPPI THE HUNTER has clocked up 10 wins and almost made it 11 after a fast-finishing second last time out. That was in a hotter race than this so he should be good enough to notch another success despite his wide berth.

Millionaire Runner has an unhappy knack of leaving his challenge too late but he is a regular in the places and was a solid third on his most recent run.

So Long Chuck tries a different trip today and is another with a decent winning percentage.

Don't miss out on all the best of Sun Racing

TOONIE LOONIE is more of the more experienced maidens in the line-up and looks set to shed her maiden tag after finishing second last time. She drops in distance which is a wise move given the way she faded in the closing stages.

Aznavour is worth a look making this switch from turf to dirt. She didn’t show a lot last time but it’s early days and this track may suit better.

Arch Flyer showed some promise when sixth on debut latest and has something to build on.

MIGHTY FAST ran a mighty race to finish a good fourth from out in the car park last time out. He burned too much petrol up in getting across to chase the pace and did well to get anywhere near. He’s on the rail today which could make all the difference.

Nothing For Free is taking a fair drop in class after meeting all kinds of trouble in running on the turf track latest. The form of that contest is working out well and he’s a threat with a clearer run.

WW Archie almost pulled off a 22-1 surprise when third last time and is down in grade here.

LITTLE BELLA was a good second in a better contest than this last time and it’s telling that top pilot Joel Rosario is in the saddle. She managed to get herself out wide latest so did well to get so close.

Moon Eyes was backed off the boards before leaving her challenge too late in finishing fourth last time. She has moved yards since then and should find this opposition a little easier.

Grey Manners is in stall 10 but showed a lot of pace before fading last time. She has a shout if timing her challenge a little better.

BARDOT is an interesting newcomer in a race that doesn’t appear to have the greatest depth. She is nicely bred and top trainer Todd Pletcher has excellent pilot Luis Saez doing the steering. It would be no surprise to see her get off the mark at the first time of asking.

Kozy Dreams has had four runs and went close when second latest. She finished strongly over shorter last time and looks the biggest threat.

Pasatime looks a fair price after running on over half a furlong less and will be doing her best work at the finish again.

I’M THE CAPTAIN NOW came back from a break to run on into second against much better opposition than this. The booking of Luis Saez for this trainer is significant and he looks hard to stop.

Mystical Moon got the job done well in a similar contest last time and saves his best for this distance. The draw isn’t ideal but he won’t be far away.

Crow Moon comes back from five months off to make his Gulfstream debut. He’s a speedy type who could try to slip the field and hold on.

GHOSTLY BEAUTY has been knocking on the door and was just chinned on the line last time out. That was the latest in a run of good performances and she has a good draw to make the most of her early speed.

Lookinlikeaqueen was the one who did the chinning latest and it’s interesting that Saez gets off her to ride the selection. That said, she should still be right on the premises.

Hotty Toddy has done most of her winning over this trip and was forced very wide when fourth last time. She can get closer here.

PERUVIAN BOY looks a fair price on what looks a significant drop in class. He finished well to grab second over this distance last time and should get lots of early pace to aim at here.

Mobetyabad is one of those who likes to go from the front and hammered his rivals by 13 lengths when getting off the mark on his dirt debut.

That was over this trip and he’s a massive danger although he could be taken on for the lead by Cigar Box who also led from pillar to post when scoring last time.

5.30: CANDY FOR ALL has been in cracking form around here with a pair of convincing victories ahead of this very winnable assignment. Trip is ideal and she will be hard to beat despite giving weight away.

6.00: DON’T FIGHT has been highly consistent and is dropping in class on the back of a good second here last time. She was well backed there and is well ahead of these on all ratings.

6.30: PHILOSOPHY has a handy draw and is blessed with plenty of early speed to make the most of it. She won easily over this distance latest and won’t be far away.

7.00: ESTILO TALENTOSO has been second on all three of her runs so far and enjoyed this trip last time out. A repeat of that effort is likely to be good enough.

7.30: ACCESSIBLE has more experience than most of these rivals and can make the most of that. He was a good second over 7f last time and the extra furlong should do the trick.

8.30: HUNGRY KITTEN is back from a break but she has some decent form including a win in stronger company at Churchill Downs last season. She may need this but is capable of going close.

9.00: COMPLETELY BONKERS was a solid third last time in a race that looked a little stronger than this. He is at home over this distance and will be hard to keep out of the frame.

HALLADAY represents the top trainer and jockey combination at the track and comes here after an excellent fourth in a Tampa Bay Grade 3 last time out. He was a convincing winner on his last spin around Gulfstream and looks a good price to hit the target again.

First Premio held his own in a Grade 1 at Keeneland latest. A six-month absence is a slight concern but his class can see him close.

Kroy is interesting coming back from a long break for new connections. He has plenty of pace and will be wound up for this return.

I’LL FIGHT DEMPSEY was impressive when winning comfortably on debut over six furlongs last time out. He cost $300,000 and should be capable of taking another step forward over this longer trip.

Sonneman was an even more expensive buy and ended last season by getting off the mark at Saratoga. He is another who should relish going over this extended distance.

Acre is respected coming from master trainer William Mott. He ended his two-year-old campaign with a win on turf and has more to offer.

AVENIDA MANANA made it three wins on the spin over course and distance with plenty left in the tank. She has moved yard since the most recent of those and connections have upgraded the man on top.

Sweet Story ran on strongly to finish a head third over course and distance last time. A repeat of that would put her right in the mix again.

Trilby never got going over slightly further latest and it looks a wise move to go back over this mile after a stable switch.