France have left out Dayot Upamecano and Adrien Rabiot for tonight’s World Cup semi-final against Morocco, with both suffering with illness in the build-up to the game.

Les Bleus, who are looking to become the first back-to-back World Cup champions since Brazil in 1962, were struck by illness on the eve of the all-important clash.

Key players Rabiot and Upamecano sat out of training ahead of the game, instead working inside and away from the group, and France boss Didier Deschamps has not been able to call on them from the off tonight. Rabiot is out entirely, while Upamecano is on the bench. 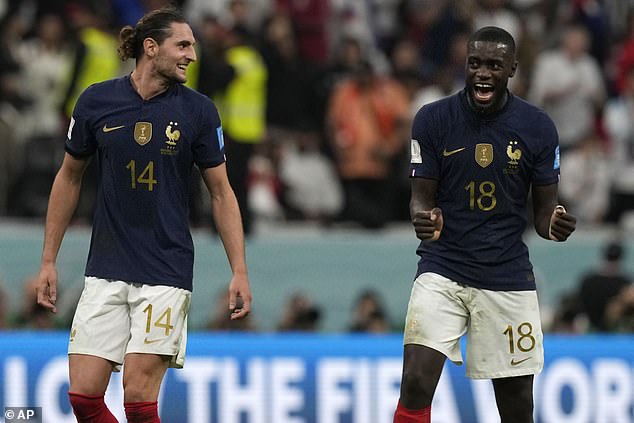 Instead, Liverpool’s Ibrahima Konate and Monaco’s Youssouf Fofana come into the side.

Rabiot and Upamecano played a pivotal role as France scraped past England 2-1 last Saturday, though they also had a late Harry Kane penalty miss to thank, and their absence will come as a major blow.

It has been quite a remarkable rise for a 27-year-old Rabiot – who refused to be a part of France’s provisional squad for the 2018 World Cup – having comfortably filled the boots of the absent Paul Pogba in Qatar, featuring in all five games.

France will instead rely on the attacking prowess of Kylian Mbappe, Antoine Griezmann and Olivier Giroud, who all start as expected.

Aurelien Tchouameni meanwhile retains his place in midfield, with Jules Kounde on the right, Raphael Varane in the middle and Theo Hernandez on the left of the defence. 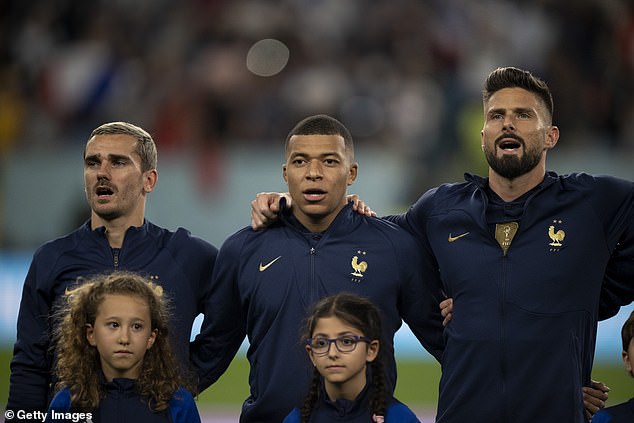 Morocco, meanwhile, tonight become the first African team to ever play in a World Cup semi-final – and they will not let their remarkable journey come to an end without a fight.

And the underdogs have received a welcome boost ahead of the match, with Romain Saiss, Nayef Aguerd and Noussair Mazraoui all fit to start.

Sofyan Amrabat, Hakim Ziyech and Sofiane Boufal are all also involved from the off.

France and Morocco are battling for a place in Sunday’s final, which starts at 3pm GMT, with Argentina awaiting following their 3-0 win over Croatia on Tuesday.

The loser of tonight’s clash will instead play in Saturday’s third-place play-off, against Croatia, with the game also starting at 3pm GMT.