CHRISTOPH BAUMGARTNER fired Austria into the last 16 for the first time ever as he became the youngest scorer at this year’s tournament.

Ukraine started ahead of Austria on goal difference in Group C and just needed to avoid defeat to progress behind Holland. 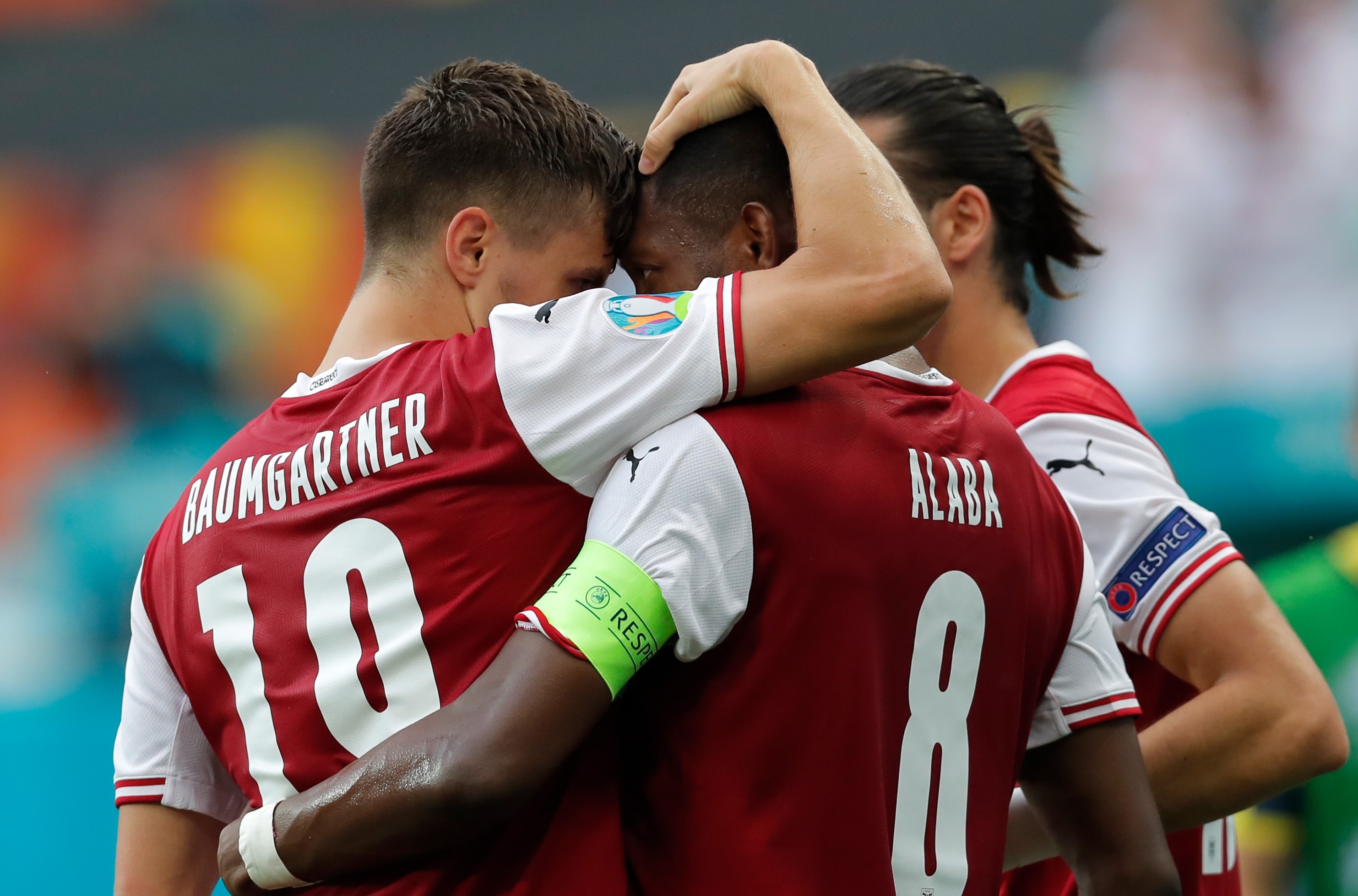 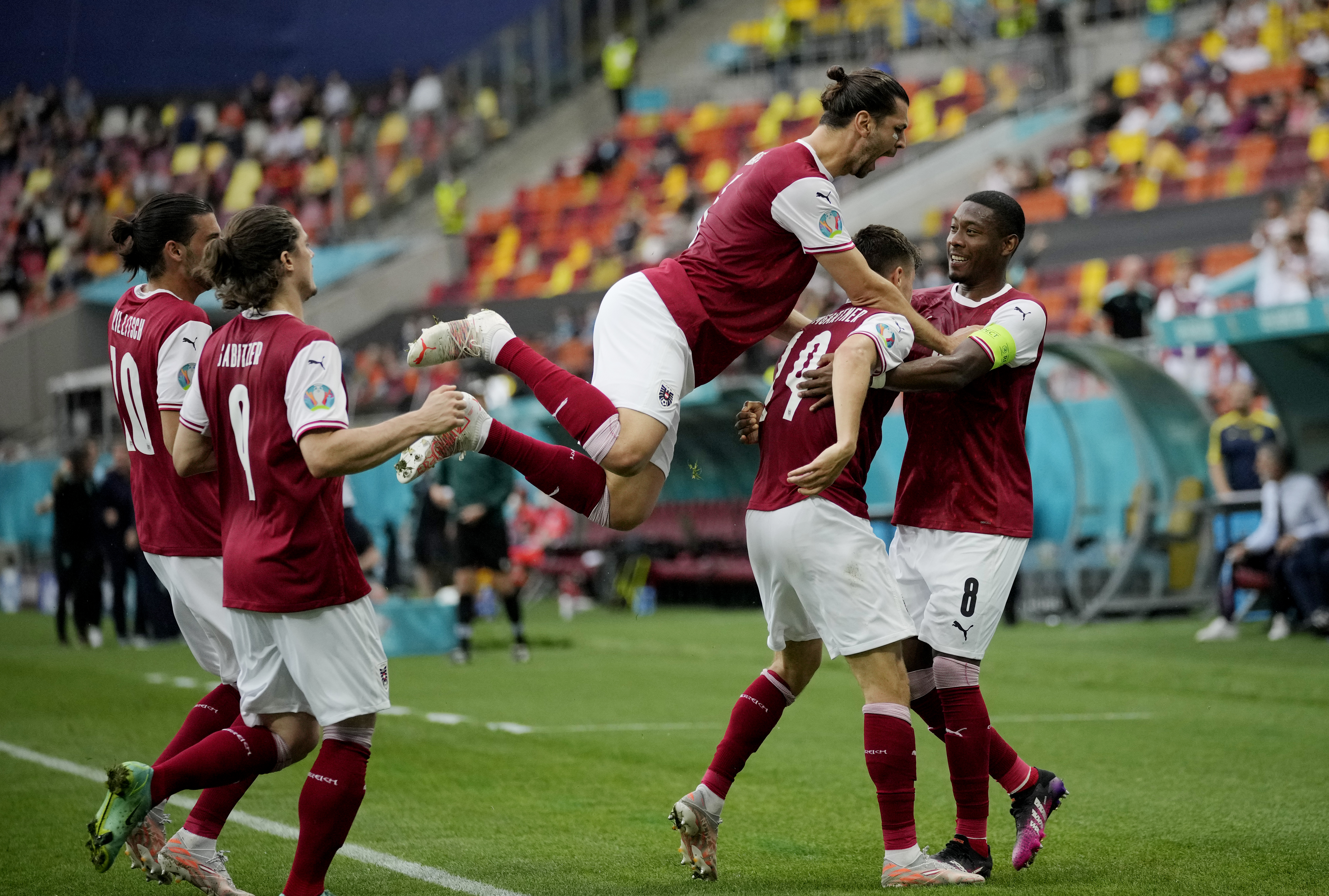 But Andriy Shevchenko’s side were bang average throughout and now face an anxious wait to see if their three points will be enough.

The Hoffenheim midfielder was clearly struggling though and was substituted after 32 minutes, with his place in Austrian football history secured.

A daunting Wembley date with Italy on Saturday awaits them, while Ukraine face a nervous two days to see if they will reach the knockout stage for the first time.

Austria had to win to claim second spot and were at it from the off, putting paid to conspiracy theories of a secret agreement to draw.

A point would have likely seen both through to the last 16 on four apiece but there was no slouching from Franco Foda’s side.

Marcel Sabitzer and Marko Arnautovic – back from a one game ban after “insulting” North Macedonia’s Ezgjan Alioski – fired a couple of warning shots.

Talisman David Alaba was a menace marauding up from left back and bagged the assist for the opener 21 minutes in. 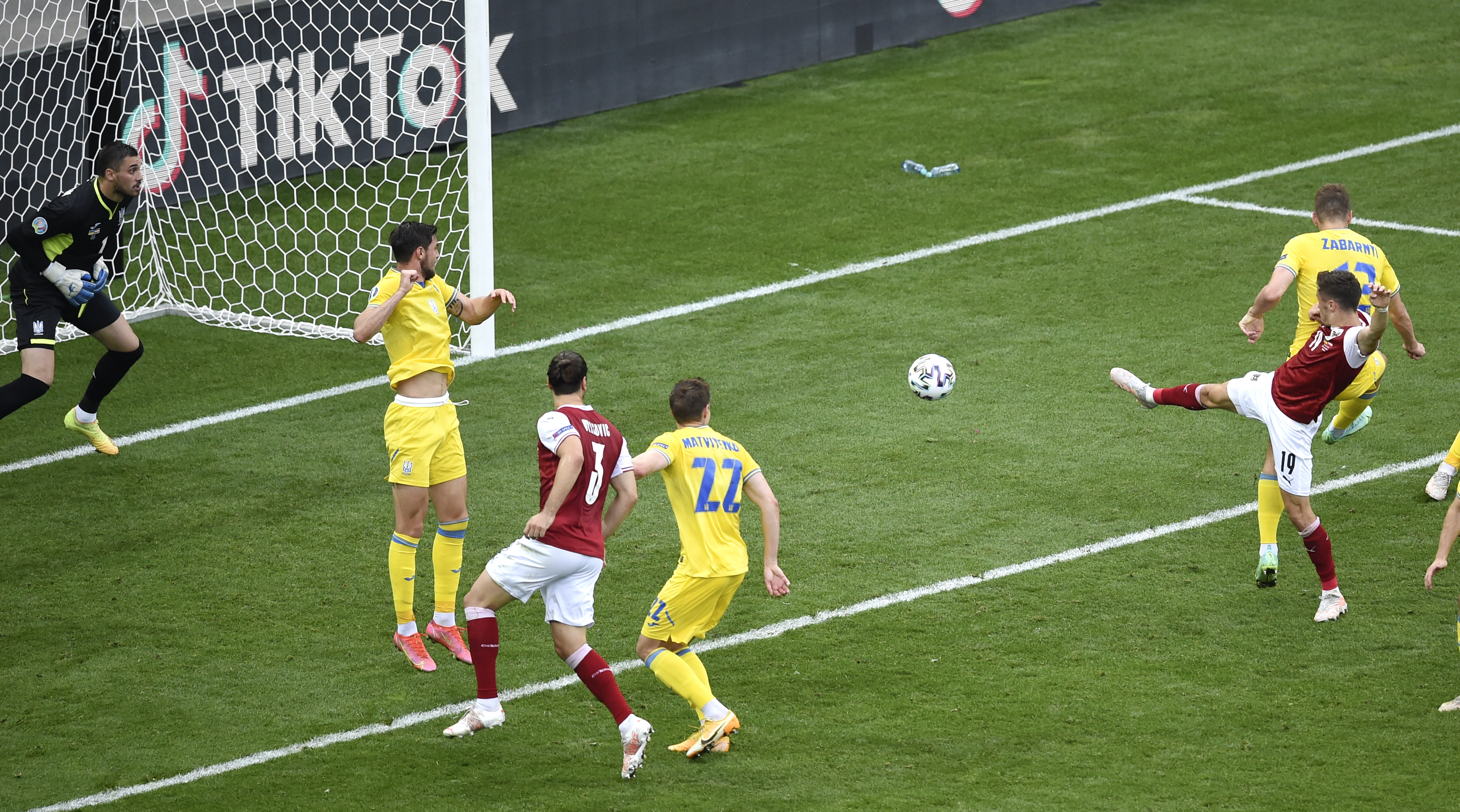 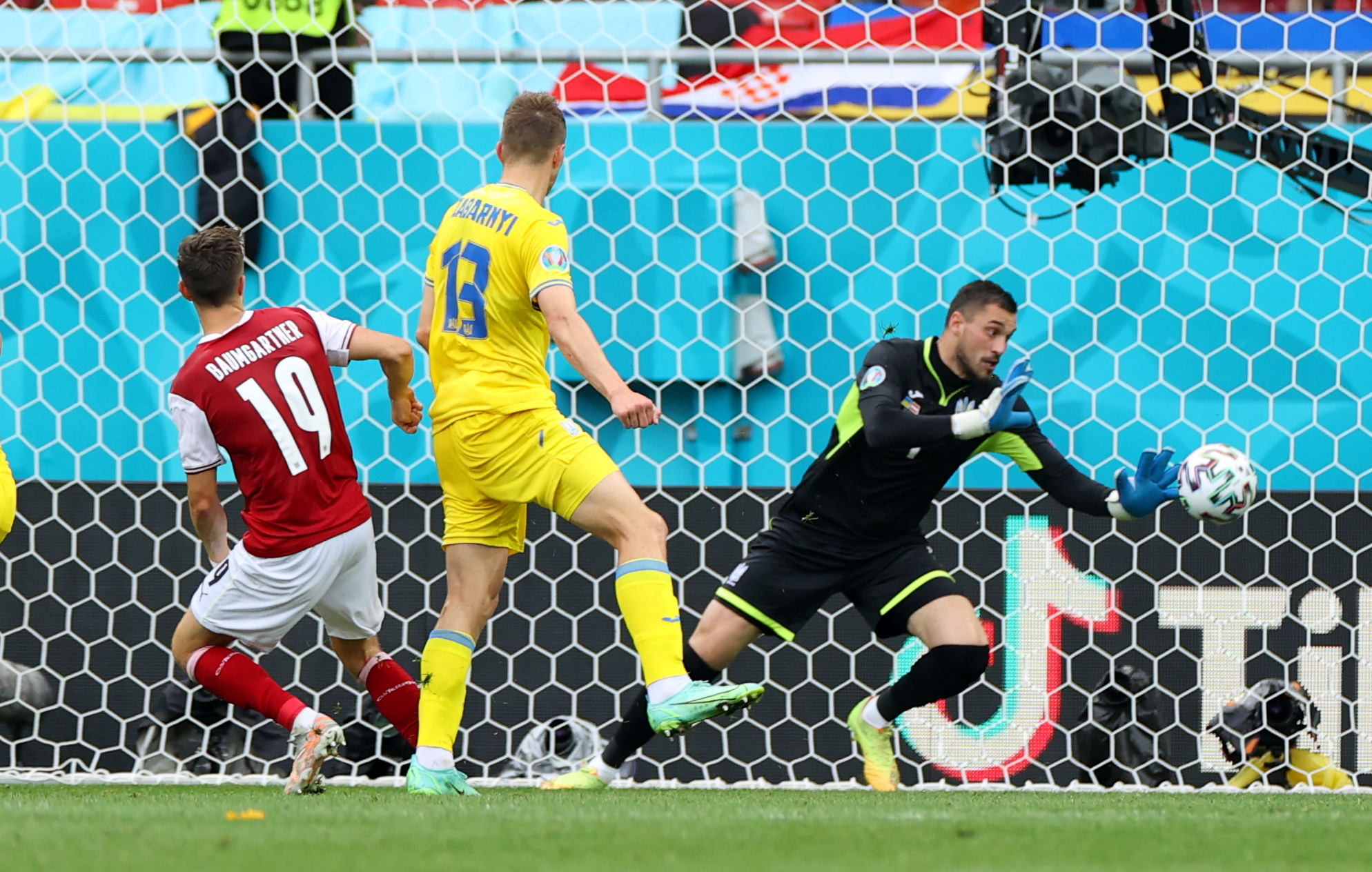 An outswinging corner from the left was right on the money, with Baumgartner stealing a march on the dawdling Illya Zabarnyi before sticking out a leg to poke home.

Ukraine fans heavily outnumbered Austrians in Bucharest and ramped up the noise again when the Yellow and Blues finally threw a punch in anger.

Mykola Shaparenko drew a good save from Daniel Bachmann, who pushed the ball agonisingly out of the reach of the lurking Andriy Yarmolenkko.

But rather than spur them on, Ukraine were straight back in trouble and only not further behind at the break because of Arnautovic’s woeful finish at the end of a rapid break. 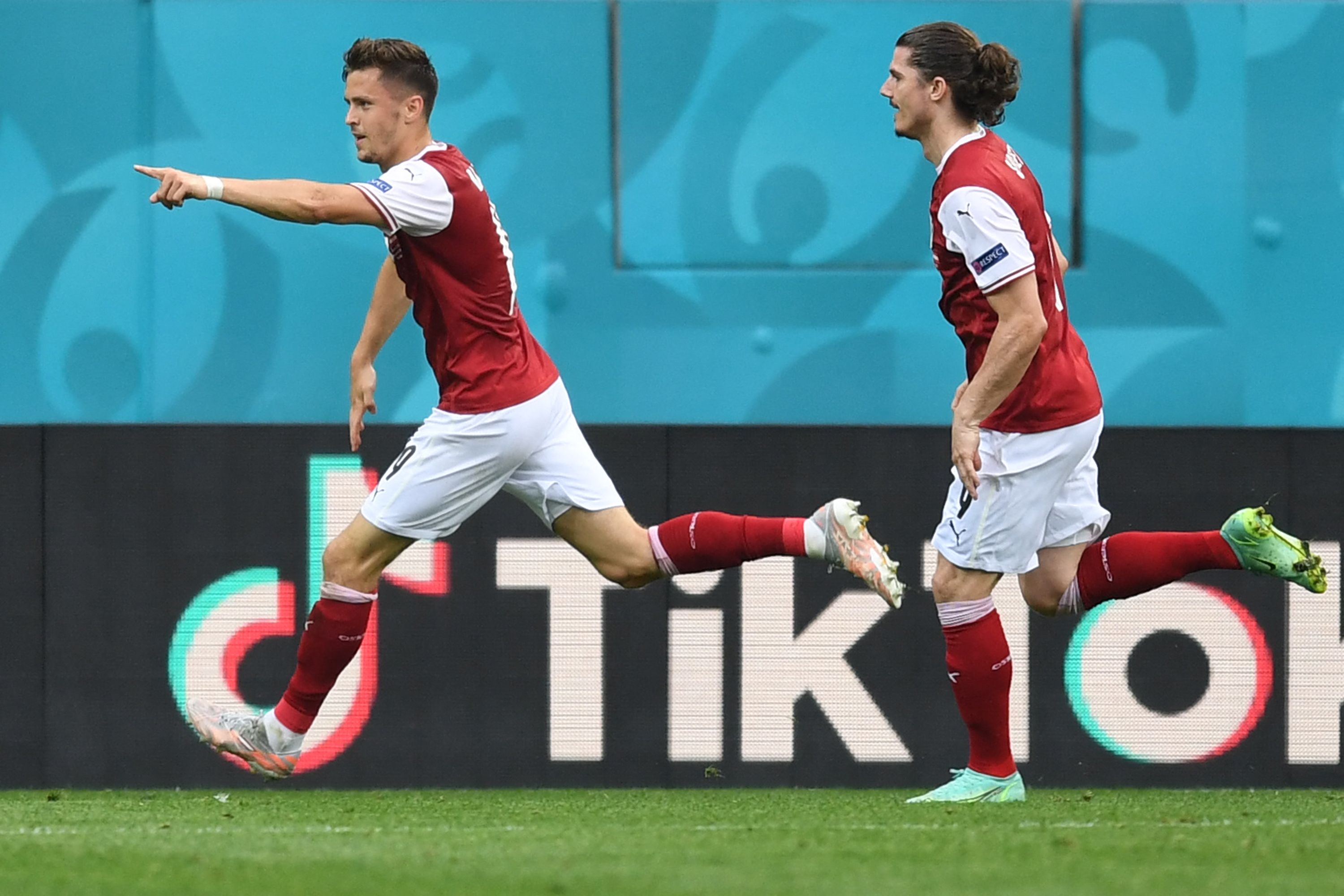 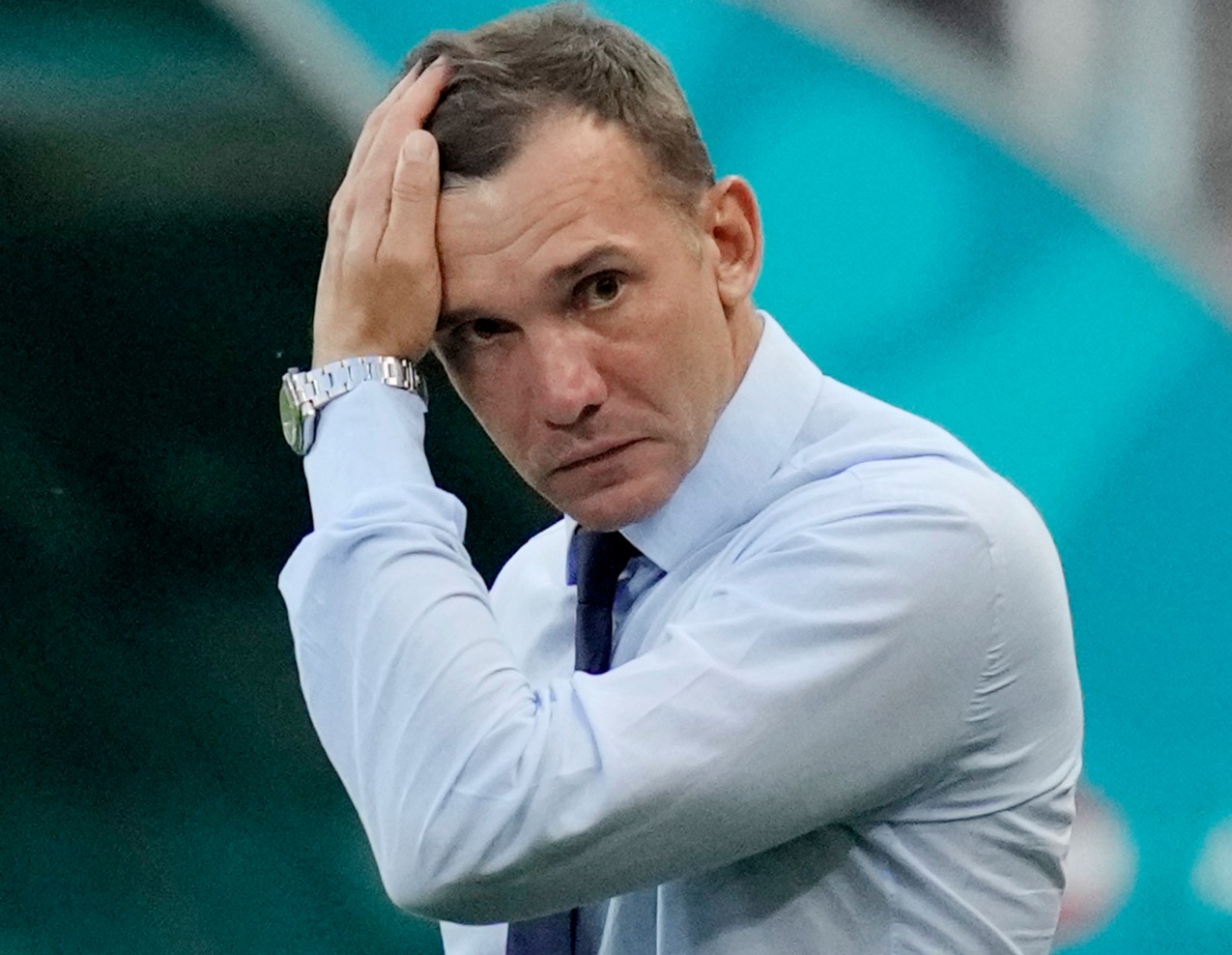 Shevchenko’s side mustered just one shot in the first half to Austria’s 13, the second most in the tournament after Italy’s 3-0 win against Turkey.

They threatened more after half-time, but despite getting in plenty more dangerous positions, could hardly test Bachmann.

The Austria keeper had to get down smartly to keep out team-mate Stefan Lainer’s wayward header.

Other than that, Roman Yaremchuk’s late shot from an angle which flew across goal was the closest the blunt Ukranian’s could muster. 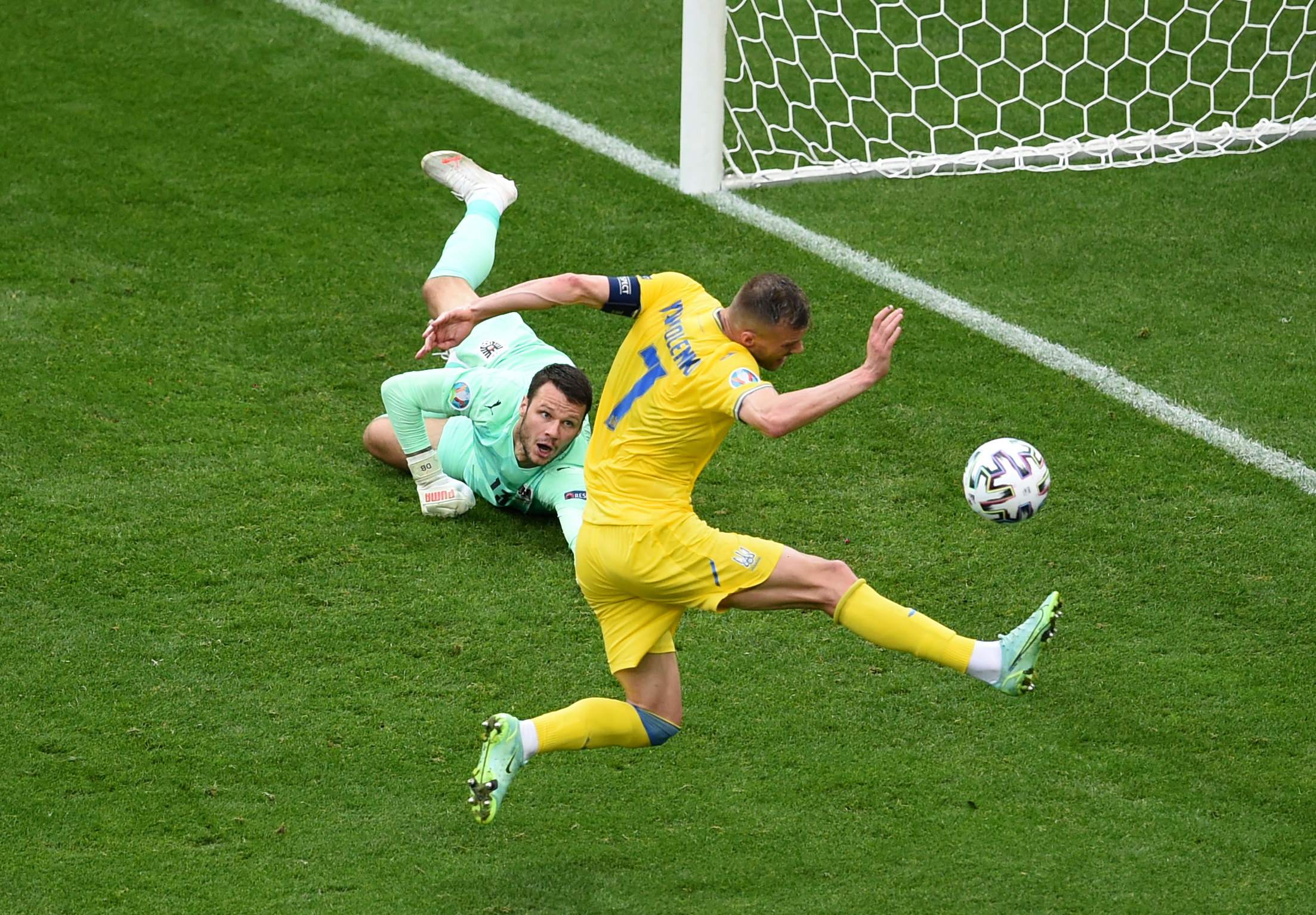 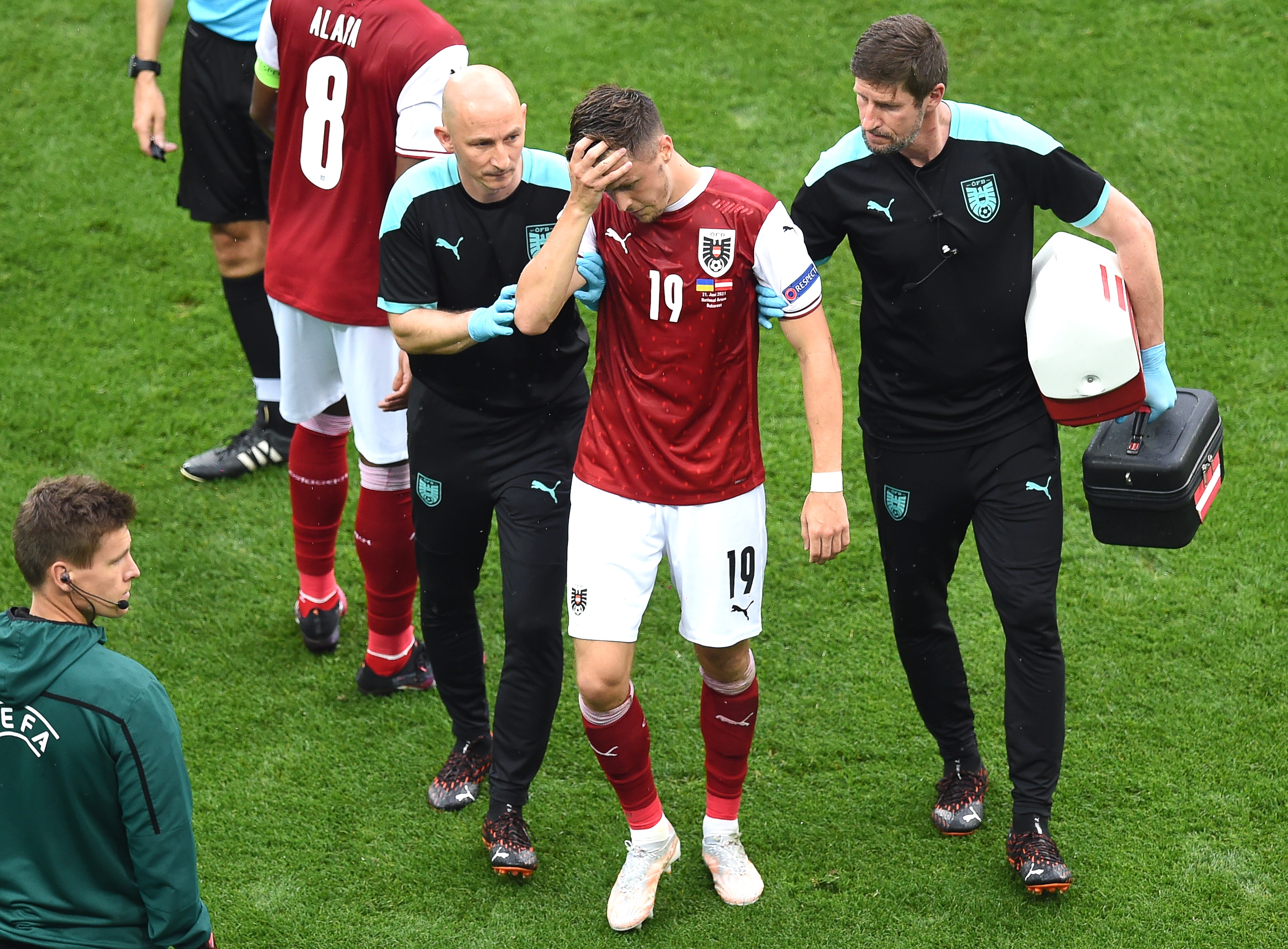