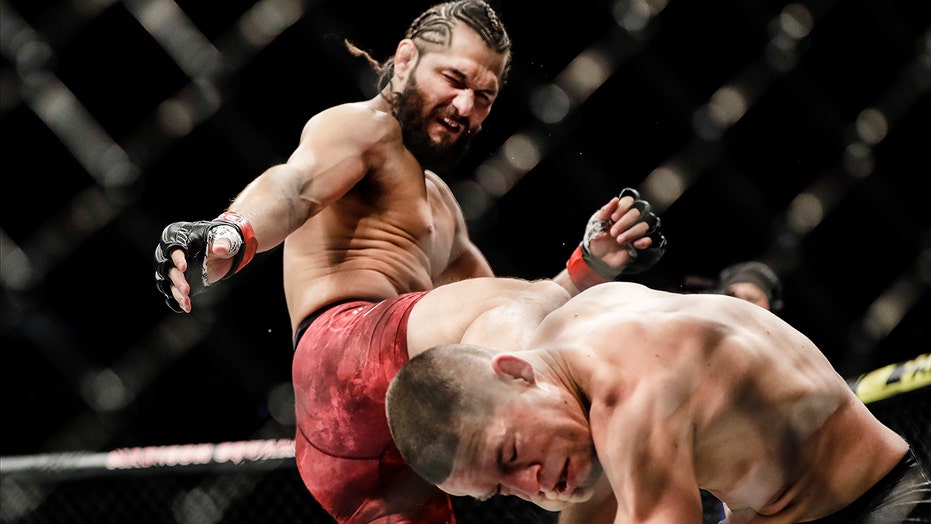 Masvidal commented on a post from Turning Point USA via his Instagram Stories. The post showed Kaepernick from 2016 wearing a Fidel Castro shirt adjacent to a picture of the protests in Cuba. 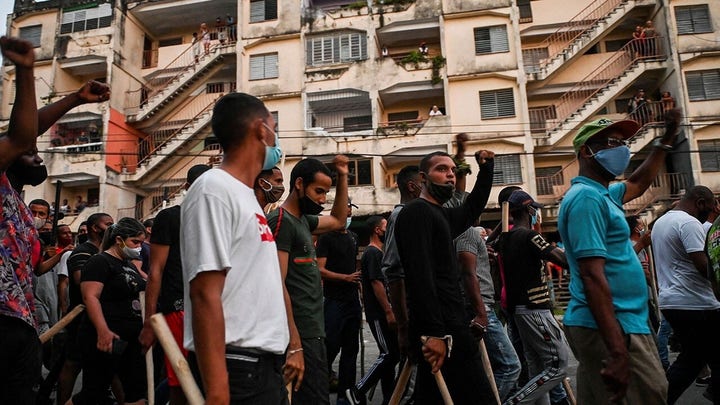 “My father escaped Cuba when he was 14 years old,” Masvidal said in a video. “And I’ve only heard the horror stories since I could process thoughts of how s— this communist regime, killing machine is. So I just want to shed some light on Cuba – big SOS signal for them.

“This oppression has been going on for 61 years. It’s not just because of the pandemic, or it’s not just because they ran out of medicine, because they’ve been out of medicine, they’ve been out of resources and food. Because of the corrupt government, the extreme corruption over there where only a few at the top eat and everybody else has to suffer – those days have to come to an end.”

He called for the world to rally behind Cuba. He believes it’s everyone’s job to put the word out there about “these corrupt governments.”

Masvidal, who has a career 35-15 record, most recently fought UFC welterweight champion Kamaru Usman, but he suffered defeat after he was knocked out in the second round.