UFC star Khabib Nurmagomedov, returning to the octagon to fight Justin Gaethje at UFC 254 on October 24, is far from your average sports star or celebrity.

Elevated to worldwide fame after beating Conor McGregor in 2017, the MMA fighter lives a life that betrays a net worth believed to be around £23m. 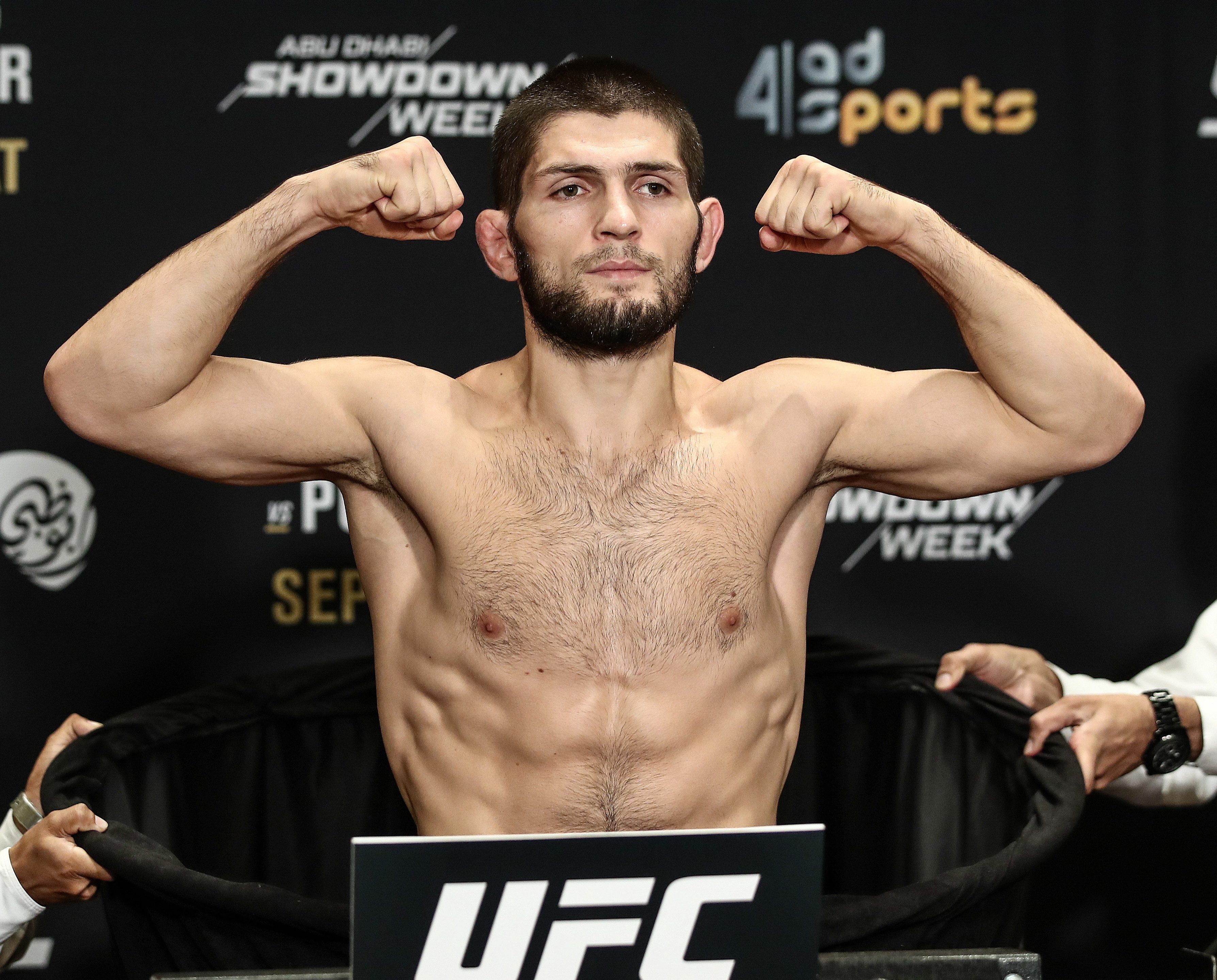 Shunning the limelight, the 32-year-old lives in the Russian Republic of Dagestan –  once dubbed the most dangerous place in Europe.

As a nine-year-old, his late dad, an army veteran and former judo and sambo champion, put him through a tough training regime that included wrestling a wild bear.

He grew up in a small home with 15 cousins and brothers in the mountainous village of Sildi, before they relocated to the capital Makhachkala, where he lives today with his mother, wife (who is never seen in public) and three kids.

In YouTube documentary The Dagestan Chronicles, Khabib recalled how he and his friends learned how to swim.

Dangerously, they were thrown into the rough Dagestani River – that took the lives of six of his closest pals growing up.

However, it's these experiences that have moulded Khabib, nicknamed The Eagle, into one of the most resolute and feared fighters of his generation – in a bloody sport where he's undefeated with 27 wins to his name.

His epic rise has already seen him become the toast of Russia – mixing with president Vladimir Putin, as well as controversial Chechen leader Ramzan Kadyrov.

But, in truth, he's more comfortable in his remote surroundings than hanging with the rich elite.

GROWING UP WITH DANGER ON HIS DOORSTEP

From 2000 to 2016, Dagestan was caught in a low-level of guerrilla war that bled over from Chechnya – taking the lives of hundreds of federal servicemen and officials—mostly members of local police forces, as well as many Dagestani national rebels and civilians. 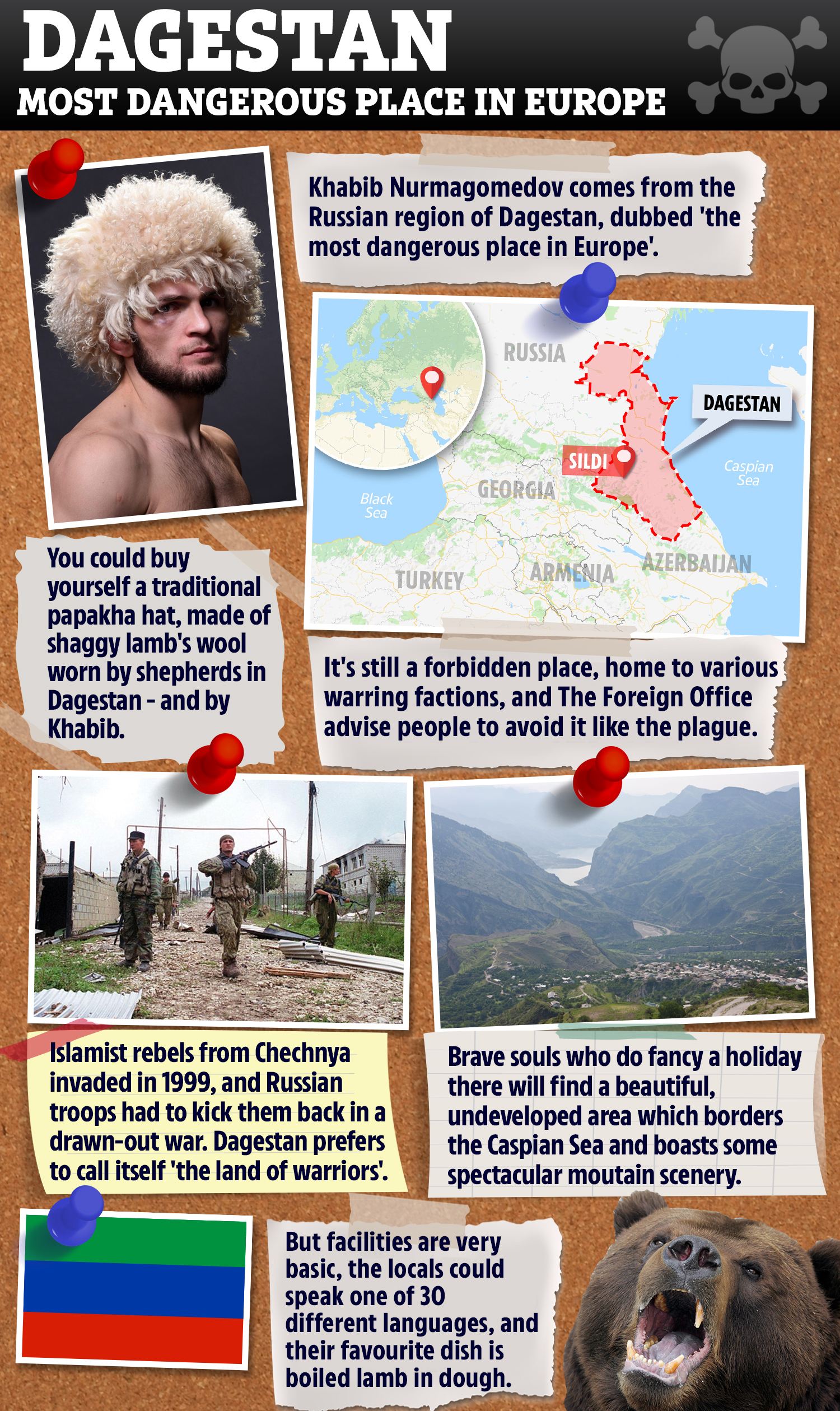 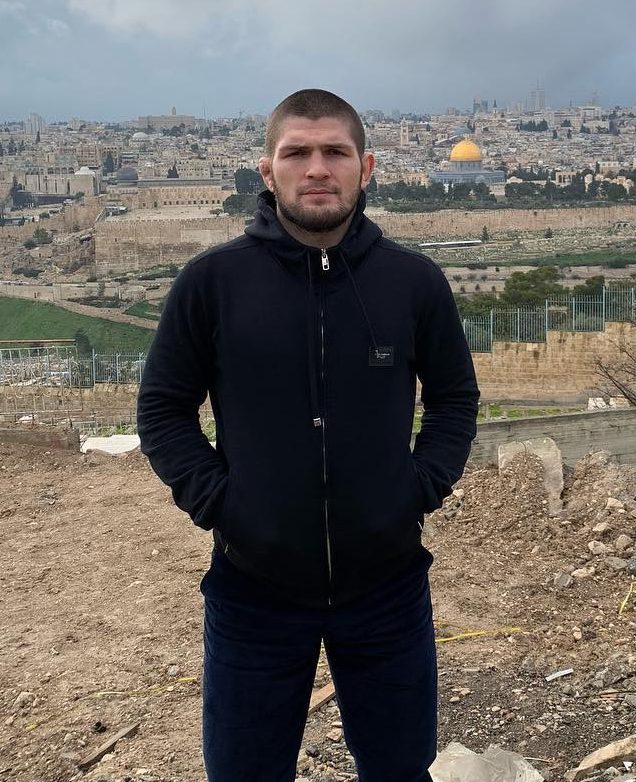 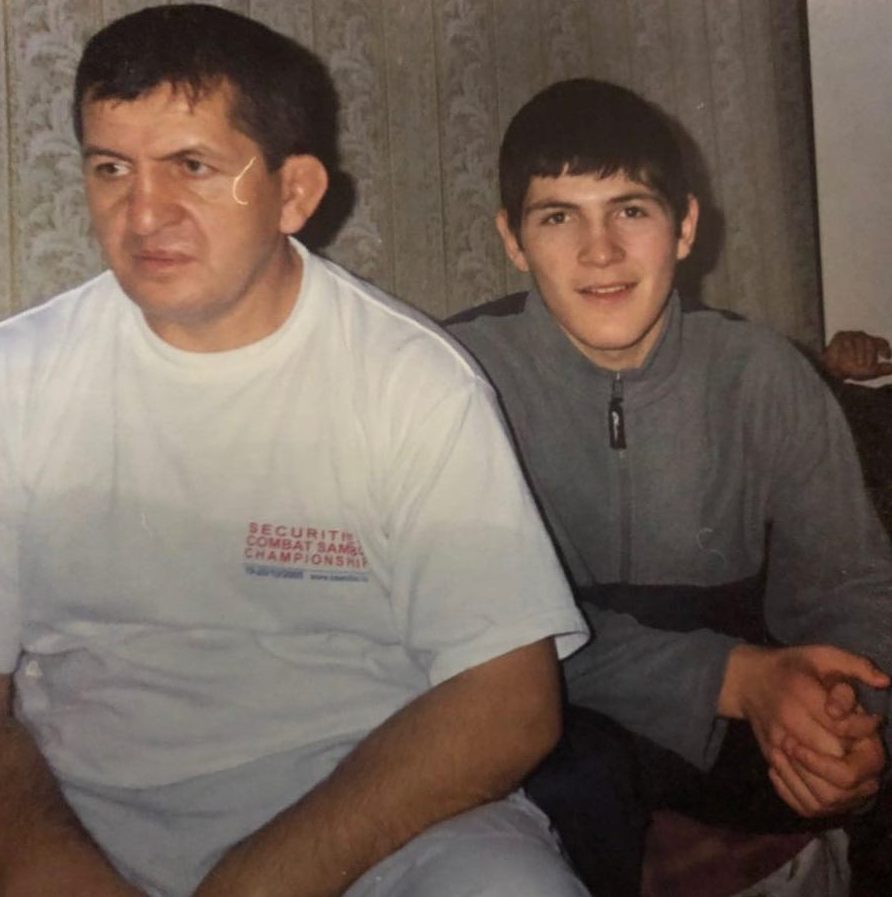 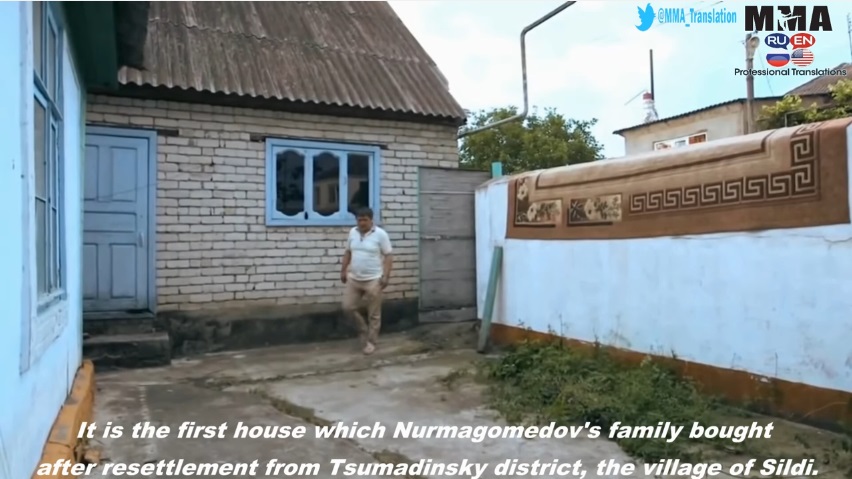 While before that, Khabib’s ancestors would have faced invasions from Georgia and Chechnya and he would have been handed down stories of their bravery.

That means anyone of Khabib's age knew of nothing else other than conflict, which explains why the most preserved buildings in his hometown are gyms where boys as young as eight wrestle.

And Khabib's dad Abdulmanap, who died this year after suffering complications from the coronavirus, always made sure he challenged his son by putting him in tussles with opponents stronger and bigger than him.

Famously, Nurmagomedov Sr also once sold four bulls for money to turn a hall into a gym to ensure he could continue training his future stars – with Khabib having three cousins competing in MMA.

"Father constantly created competitions for me. In the house and in the gym, and at competitions I always competed with the strongest."

However, his hardest opponent wasn't human. In was, in fact, an animal – and came in the shape of a wild Dagestani bear.

Footage caught on a video camera from 1997 shows a then nine-year-old Khabib grappling with the beast as his dad looks on.

The clip caused uproar when it was leaked on YouTube, but it showed how far Abdulmanap would go to ensure his boy became a champion.

“First, a father always wants to check on what his son his capable of,” he said of his unorthodox training methods. 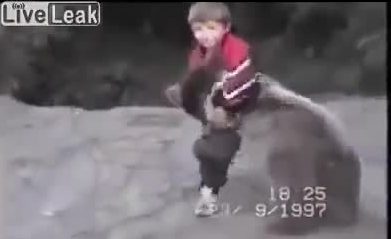 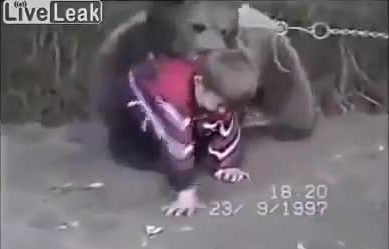 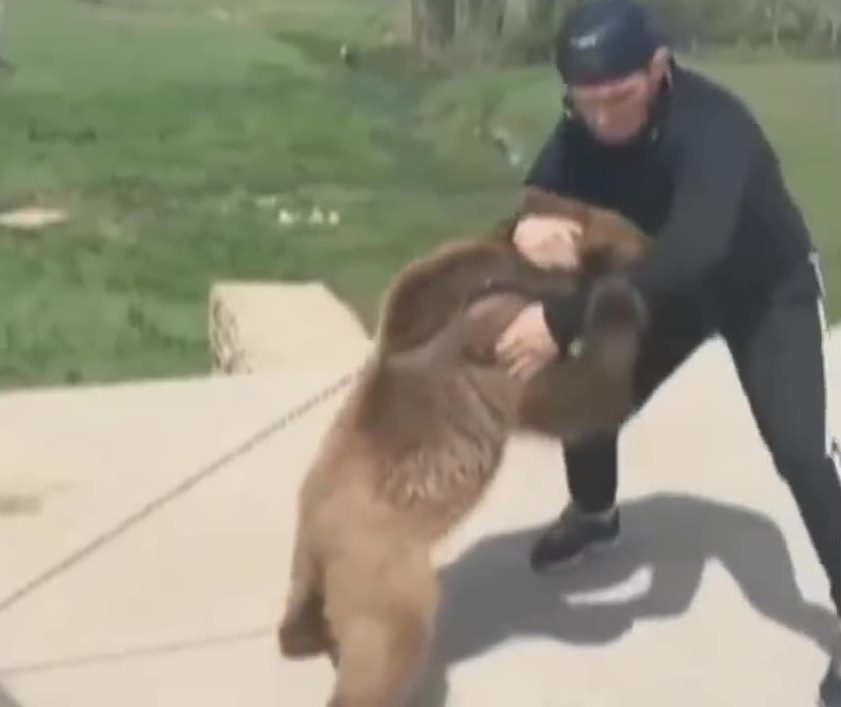 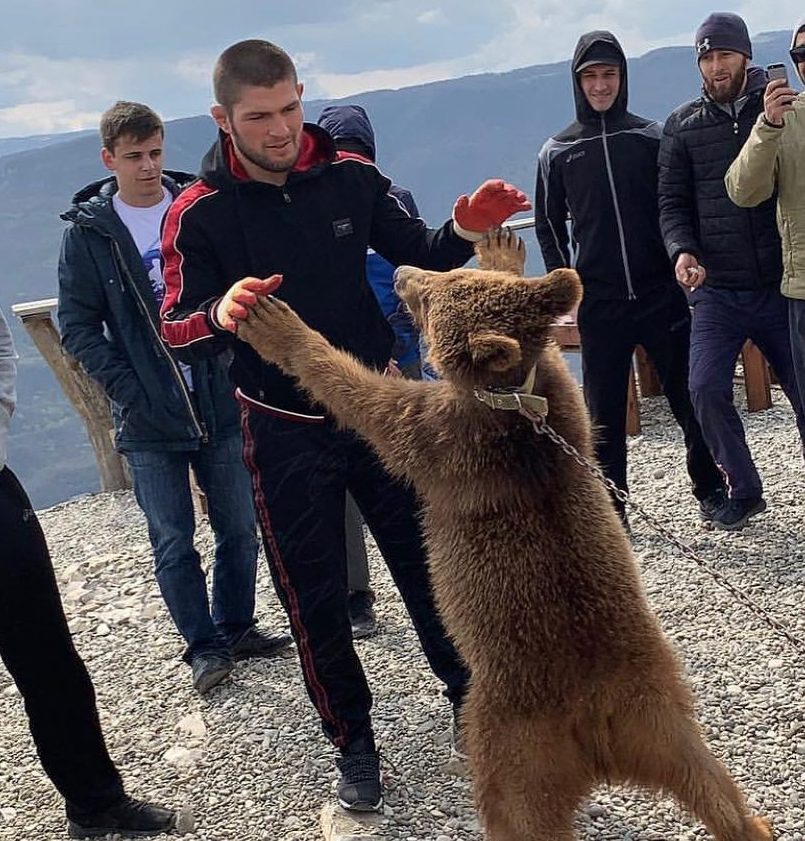 “It is a pity that there were no fights more interesting when he was younger. In the end, this was a test of character more than exercise.”

Khabib repeated his trick in 2015, fighting a bear on video before having a rematch with the same mammal three years later.

Thanks to documentary maker Will Harris, who lived with Khabib for nine days in 2018, we were given an interesting insight into the reigning UFC Lightweight Champion's modest life.

Appearing on the Joe Rogan Experience podcast, he spoke of the living conditions in the mountains where Khabib grew up.

"I remember, he gives me the keys and says, 'Brother, lock yourself up for the night and do not go out of here,'" he recalled.

And it got worse for Harris when he needed the loo after getting the runs.

"The toilet, there is a hole in the ground," he told the host. "I had to squat and pull the rope." 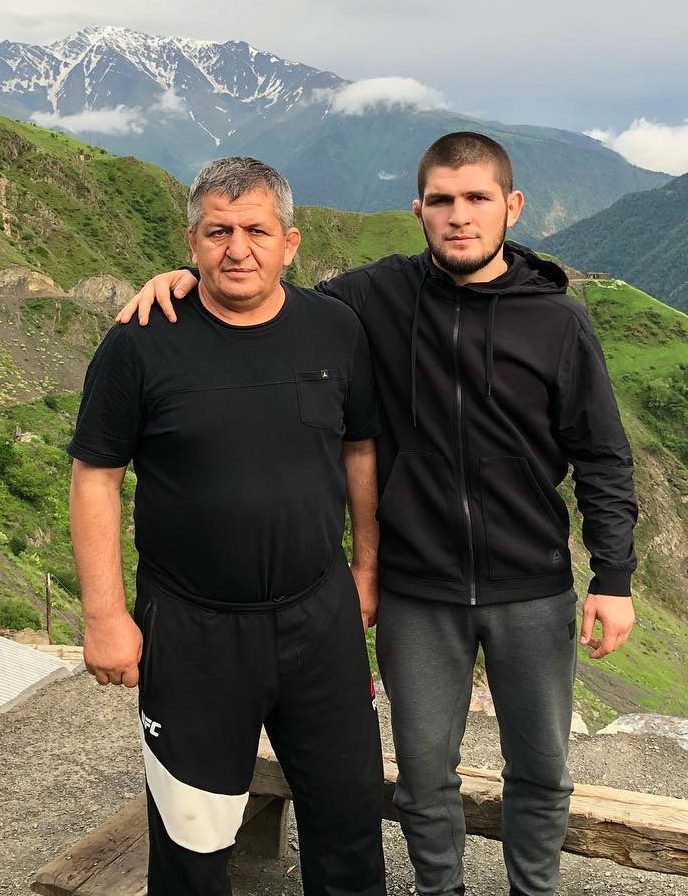 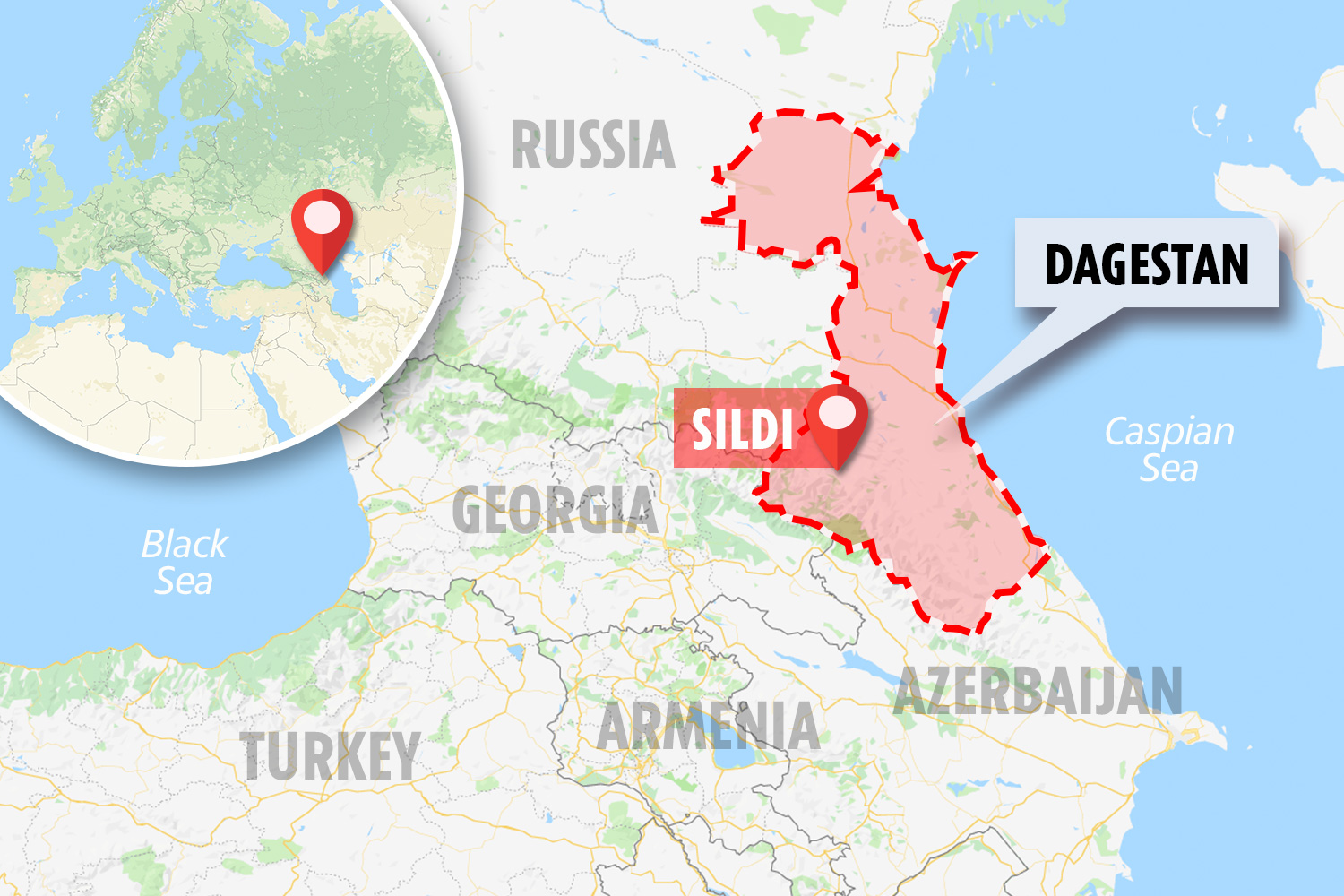 Before he starts his day with a two-hour training session, horse-lover Khabib loves playing basketball – Dagestani-style – with his entourage.

But this isn't a friendly game of hoops, where the slightest touch draws a foul.

This adapted version of the popular American sport has more in common with rugby, as players punch, kick and charge each other for possession of the ball.

"They accompany it with a fight on the ground, strangling each other," Harris said.

"The craziest thing I've seen. I also tried it once. They tried to kill me!" 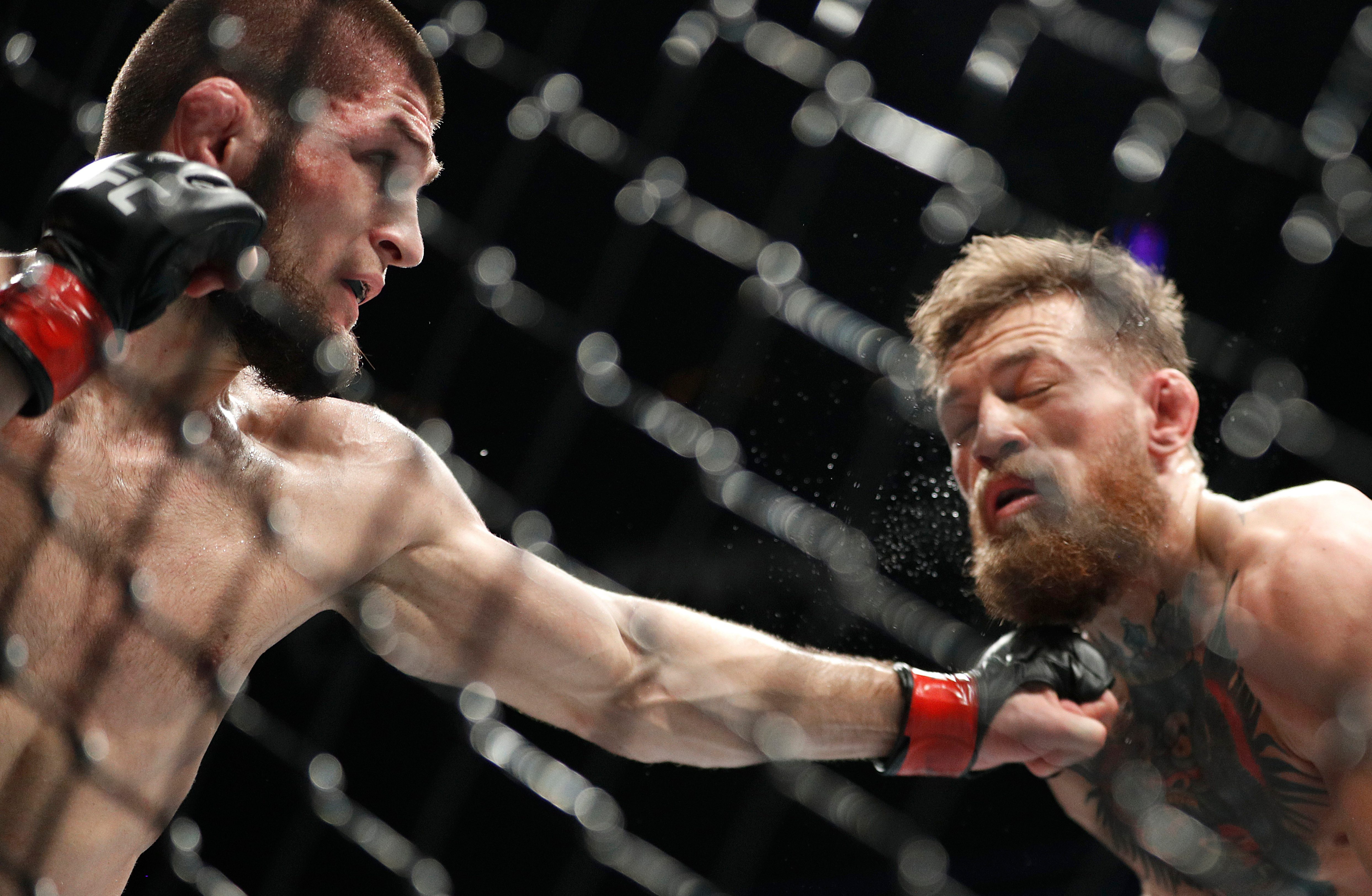 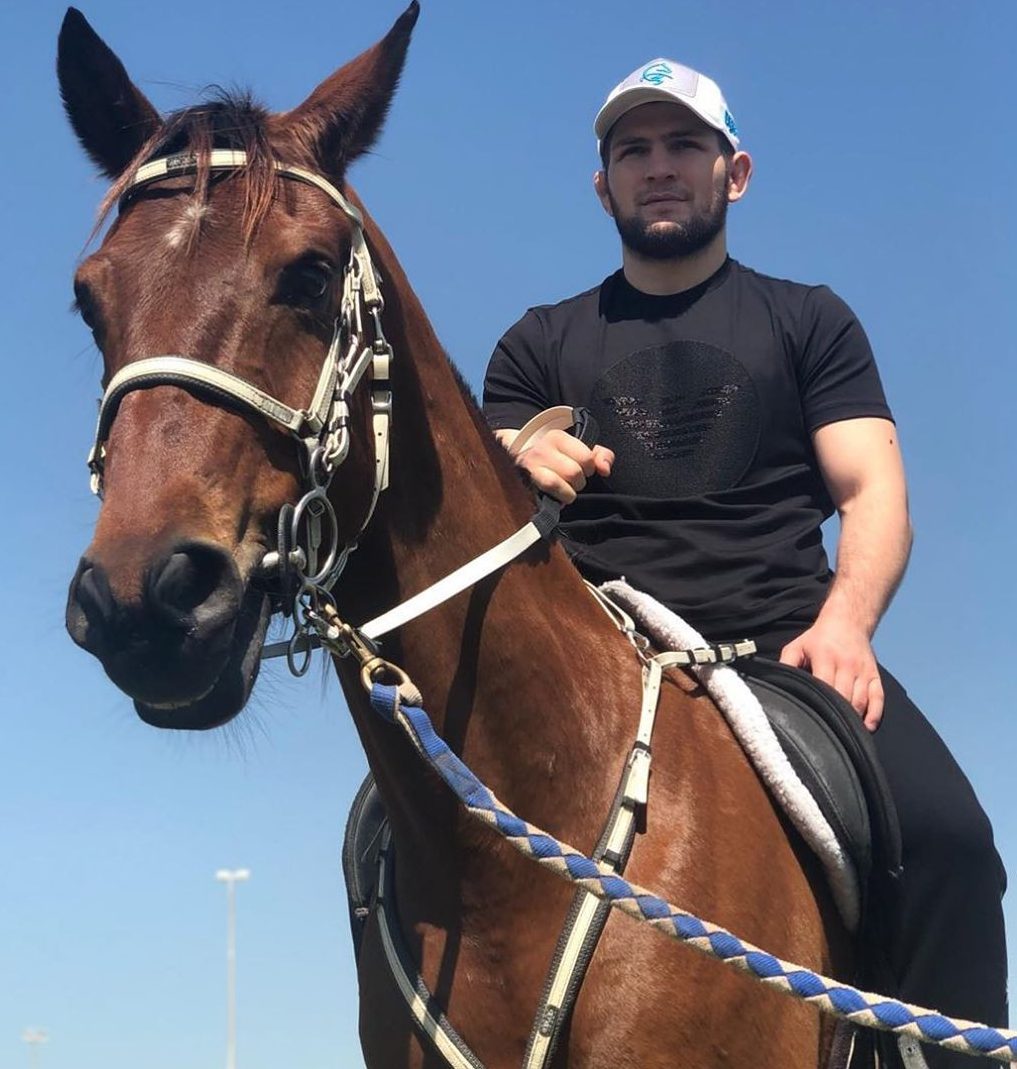 When you're a successful Russian sportsman, you can bet the country's most powerful men want to befriend you.

When Khabib returned home after defeating McGregor he came back to a hero's welcome, and Russian president Putin immediately invited the brawler to meet him.

But it was footage of Khabib dining with Chechen leader Ramzan Kadyrov, who gifted him a luxury new Mercedes, that upset many.

For Kadyrov is a divisive figure who has been accused of various human rights abuses through the years, including a crackdown of the LGBT community, which has allegedly involved torture and summary executions.

He is also in favour of honour killings, and has said in the past he believes women should be the property of their husbands.

However, despite accepting an invitation to meet Kadyrov in the opulent setting of his Chechnya palace, wealth and fame doesn't wash with Khabib, who used to drive a £5k Lada Priora and a Mercedes-Benz W124 300E, which was a car the German car manufacturer stopped making in 1986.

He has since upgraded his garage – being seen in a Ferrari and has a sponsorship deal with Toyota.

“I feel too famous now, I have a lot of people coming to me to take photos. In a way I like it sometimes but, honestly, I do not like it," he said. 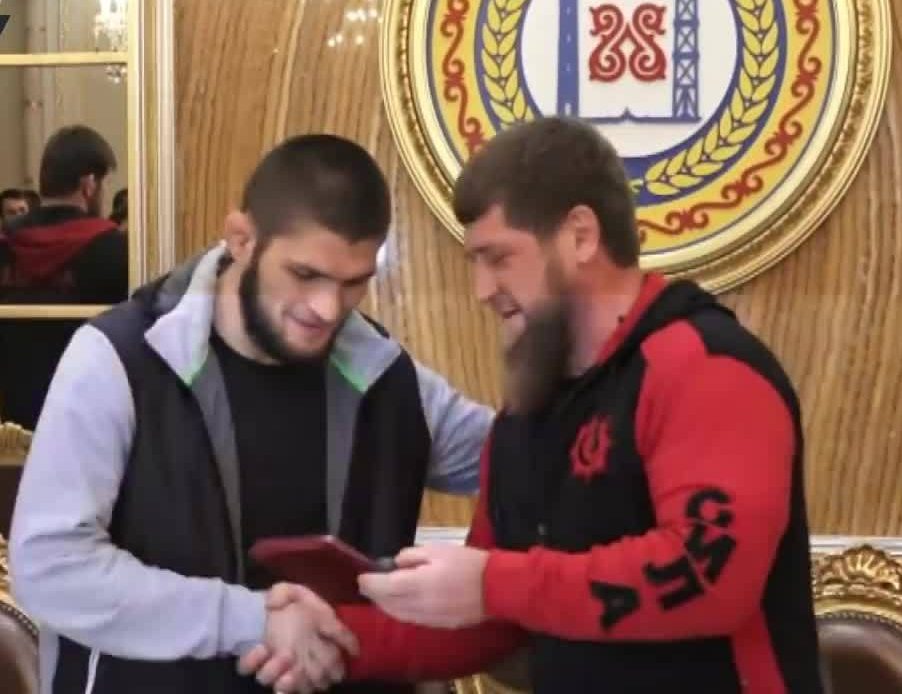 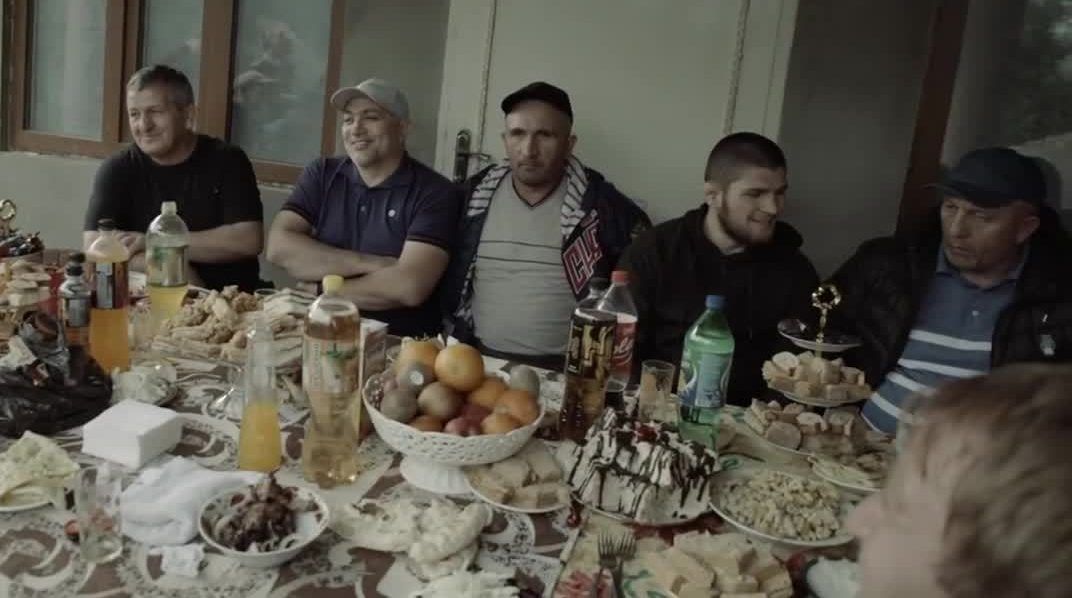 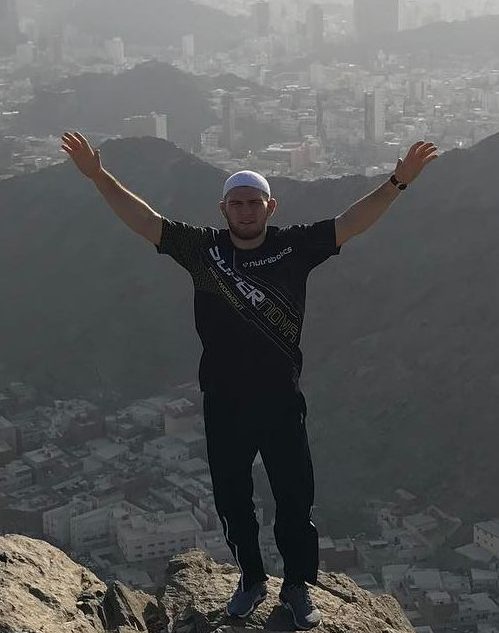 “I did not train in fighting to be famous. I trained to compete and win and fight. The famous stuff means nothing to me and it can change your mind and affect your focus.

“It is not good and that is why I only have close and loyal friends, brothers and cousins and when anyone does something wrong we say.”

So when he takes to the octagon in the Middle Eastern playboy playground of Abu Dhabi at the Flash Forum this weekend, you can bet he won't care one iota of the ostentatious setting.

No, he'll probably be wishing he was back in Dagestan wrestling a bear.