DANIEL CORMIER said Ben Askren was 'laughing all the way to the back' after being knocked out by Jake Paul. 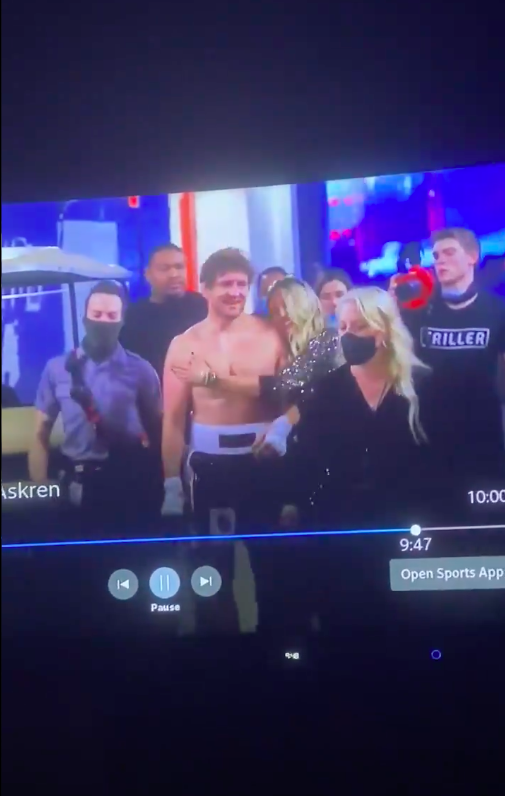 Askren, 36, barely got an attack off during the fight but did make it to his feet after being floored.

Still, it was not enough to convince the referee he was stable enough to continue, with the fight waved off afterwards.

Askren was captured afterwards smiling as he made his way out of the arena with his wife Amy.

Cormier, 41, tweeted: "Wait a minute, did Askren get us all?

"Like this is some magician stuff he wasn’t laughing on his way to the back was he? Cmon Ben lol @Benaskren."

Askren was guaranteed a £360,000 purse but bonuses after the pay-per-view sales means he can expect to clear £1million.

And fans accused the retired fighter of cashing out with an underwhelming performance.

One said: "Just saw the Jake Paul/Askren stoppage. What a load of guff.

"Ref said he was stumbling… not when he walked forward he wasn't, he took a step to the right. Fix at the highest level."

Another said: "So Ben Askren can take a punch from some of the most lethal men on the planet in the UFC but cant go a round with Jake Paul.

"Nothing and nobody will ever convince me that this was anything other than a fix. A complete embarrassment to the sport of professional boxing."

Askren was subject to ridicule online as he was stopped by the social media star – but later admitted it was justifiable.

He said: "It's probably deserved. I got knocked out by Jake Paul, it's f***ing embarrassing."