KHABIB NURMAGOMEDOV was reduced to tears as he won his first fight since the loss of his influential father – before announcing retirement.

The lightweight king reigned supreme against Justin Gaethje, three months after dad Abdulmanap passed away aged 57 due to coronavirus. 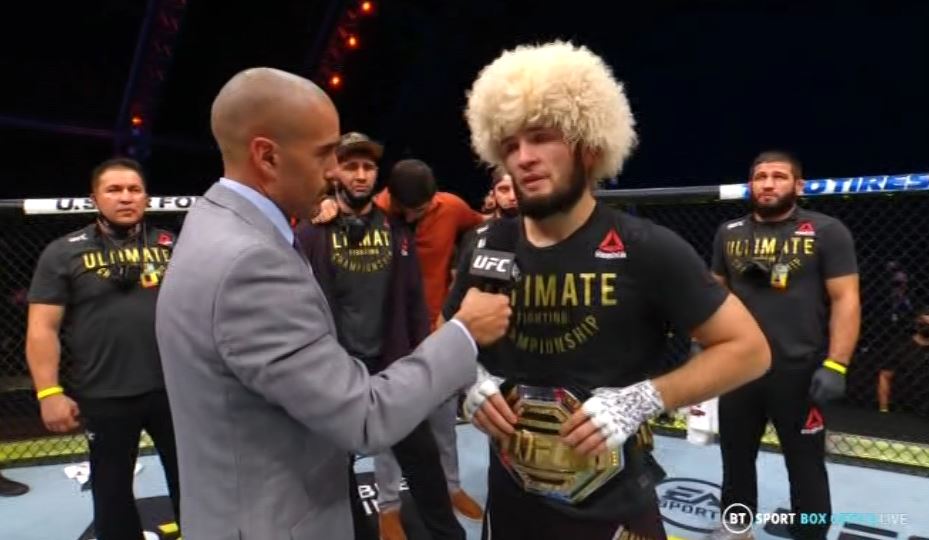 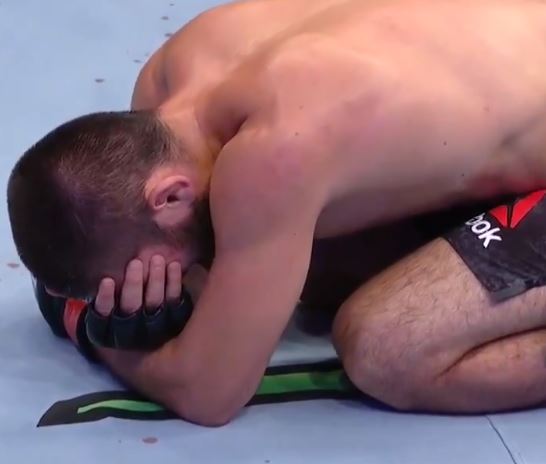 Nurmagomedov forced Gaethje to submit following a triangle choke in the second round on Fight Island.

After the emotional win, he revealed it would be his final fight.

Unbeaten Khabib, 32, said: “Today, I want to say this is my last fight.

“When UFC called me about Justin, I spoke with my mother and I said I wouldn't fight without father.

“And if I give my word, then I must follow it. UFC must make me No1 pound for pound fighter in the world, because I deserve it.

“I want to say thank you to Lorenzo and Dana.

“All this UFC team, everybody, they made a great show.

“Thank you to Justin, thank you brother. I know how you take care of your people. One day something will happen for you, you never know what is going to happen tomorrow.

“Today is my last fight here in the UFC."

The first minute of the opening round proved cagey, as Nurmagomedov sized up a way to take down Gaethje.

Interim champion Gaethje grazed the chin of Khabib early with a lethal right hand, as he eluded the grappling exchanges.

Nurmagomedov's pressure was constant, as he closed the distance down with a jab, but was threatened with constant hooks from the challenger.

After Khabib missed with a flying knee, Gaethje landed a massive uppercut and hook combination, which the Russian champion walked right through.

Afterwards, Nurmagomedov was finally able to land a takedown and looked to lock in a choke as his pressure paid off.

Gaethje did survive the round, but it belonged to Khabib.

The start of the second opened with Gaethje landing a leg kick, but Nurmagomedov did not wilt.

He managed to get a hold of Gaethje, forcing him on to the floor and took his back before moving into full mount.

There, he swiftly locked in a triangle choke, leaving his opponent little chance of escaping.

Moments later, Gaethje was forced to tap – which the referee initially missed – before he waved off the fight.

Nurmagomedov immediately dropped to his knees and wept as he prayed on the UFC canvas.

He leaves the sport undefeated in 29 fights, having cleared out the lightweight division.

But he is unable to continue his career without his father, who mentored and trained his son from the age of eight.