UEFA President Aleksander Ceferin today made a personal plea to the Prem Big Six to admit to their 'mistake' and recant the decision to sign up to a breakaway Super League.

In a remarkable direct statement to Arsenal, Chelsea, Liverpool, Spurs, United and City, Ceferin’s address to the Uefa Congress in Montreux urged the six to reflect on the damage they were on the verge of dealing to English and world football and to the fans who 'bleed themselves dry' for their clubs. 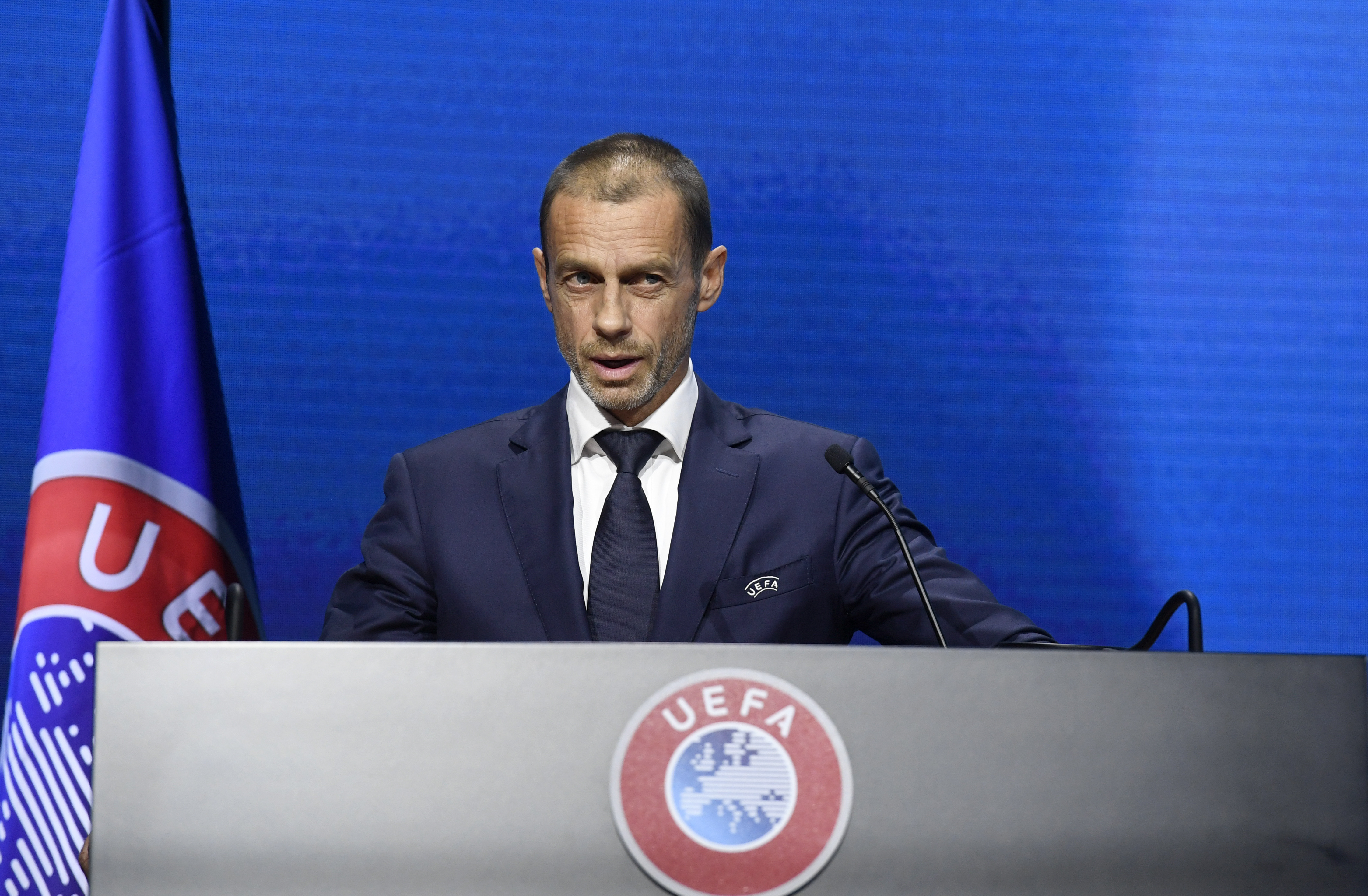 Ceferin, who branded the owners of the rebel 12 as turning their backs on the heritage and integrity of football, recognises Real Madrid and Juventus are now too far gone to come back into the fold.

But while Liverpool and United were the two English ringleaders, the Slovenian clearly feels an emotional appeal could yet bring a U-turn.

Ceferin said: “I would like to address the owners of some English clubs.

“Gentlemen, you have made a huge mistake.

“Some will say it is greed, others disdain, arrogance, flippancy or complete ignorance of England’s football culture. Actually, it doesn't matter.

“What matters is that there is still time to change your mind. Everyone makes mistakes in life.

“English fans deserve to have you correct your mistake. They deserve respect.”

Ceferin revealed he had received an email on Monday “from a Tottenham fan, Trevor”.

He added: It was a very touching email, with two simple but strong messages.

“If you read the email, you would be close to crying.

“Trevor said ‘I am terribly disappointed by my club; if I can help in any way to help stop the breakaway, please let me know’.

“England, this incredible nation with such strong and unique links to football, deserves to have you correct your mistake. It deserves respect.

“Correct your mistake, turn back, come to your senses.

"Not out of love for football – because I imagine some of you don't have much of that.

Do it out of respect for the English people, for the home of football

“But out of respect for those who bleed themselves dry so that they can go to the stadium to support their team and want the dream to be kept alive.

“Do it out of respect for the English people, for the home of football.

“About the email, a message to Trevor, you already helped me, more than you can imagine. Because with your message, I know that we are right, and they are wrong.

“And I will fight for you and the fans. We will fight and it’s a match, together, that we cannot lose.”

Infantino was accused in January by LaLiga boss Javier Tebas of helping orchestrate the breakaway movement,

But the Fifa President nailed his colours to the mast as he said:  “At Fifa we can only and strongly disapprove the creation of the Super League, which is is a closed shop and which is a break away from the current institutions.

“It would be outside the system and there is no doubt whatsoever of Fifa disapproval for this and our full support for European football. 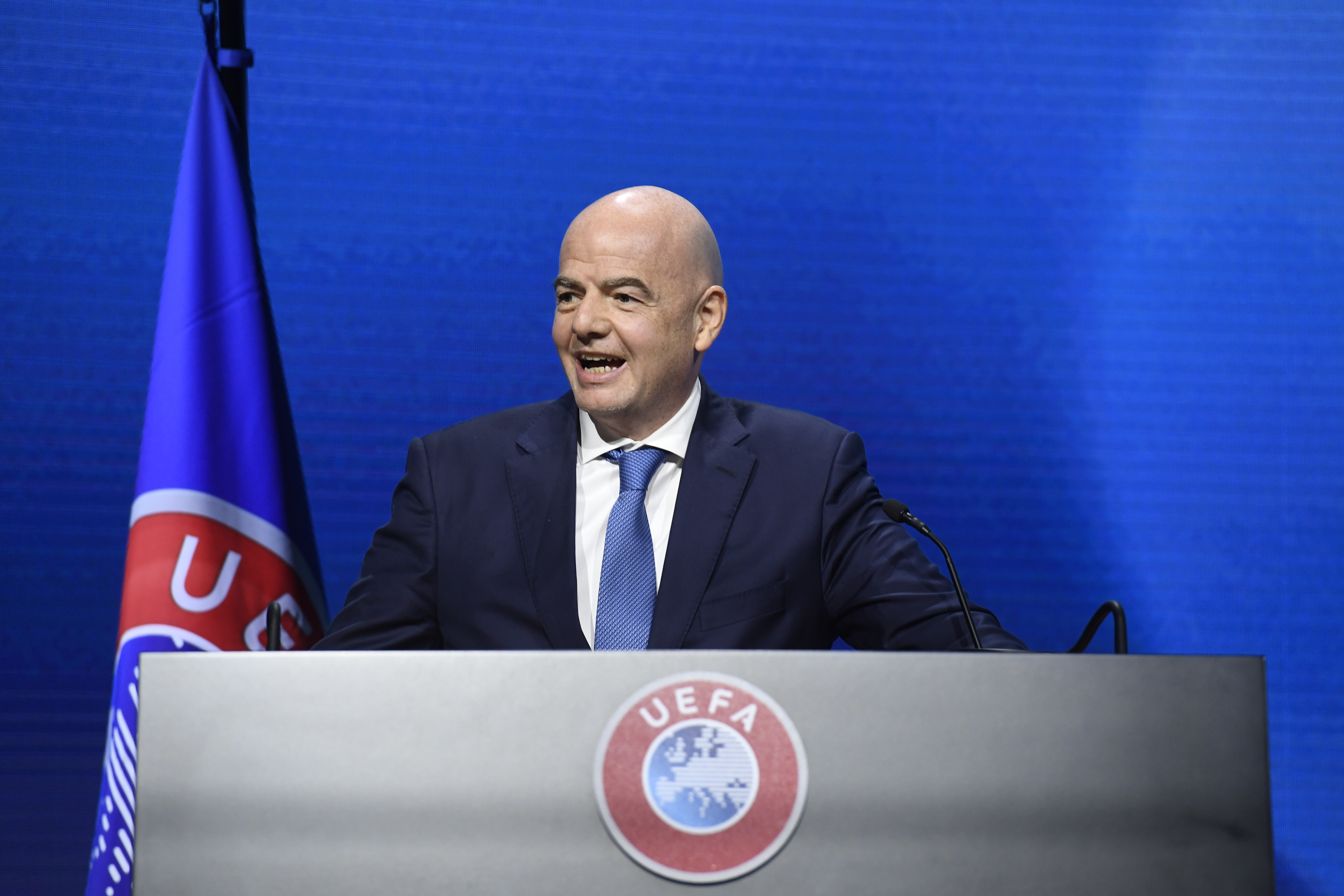 “The magic of football is the direct link from the very lowest league to the top.

“They need to think not only about their shareholders but also about all the people, the fans and those who have contributed to create what European football is today.

“It is our task to protect the European model to protect clubs and club competitions and national teams.

“If some elect to go their own way then they must live with the consequences of their choice and answer for it.

“This means either you are in or you are out. You cannot be half in or half out. Everybody has to think about it. This is absolutely clear.”