TRITONIC'S Triumph Hurdle campaign is bubbling away nicely and he heads to Cheltenham with an emphatic win in the Adonis under his belt.

Alan King was all smiles as his rising star made it 2-2 over obstacles and said: "He's the best Flat horse I've ever sent jumping". 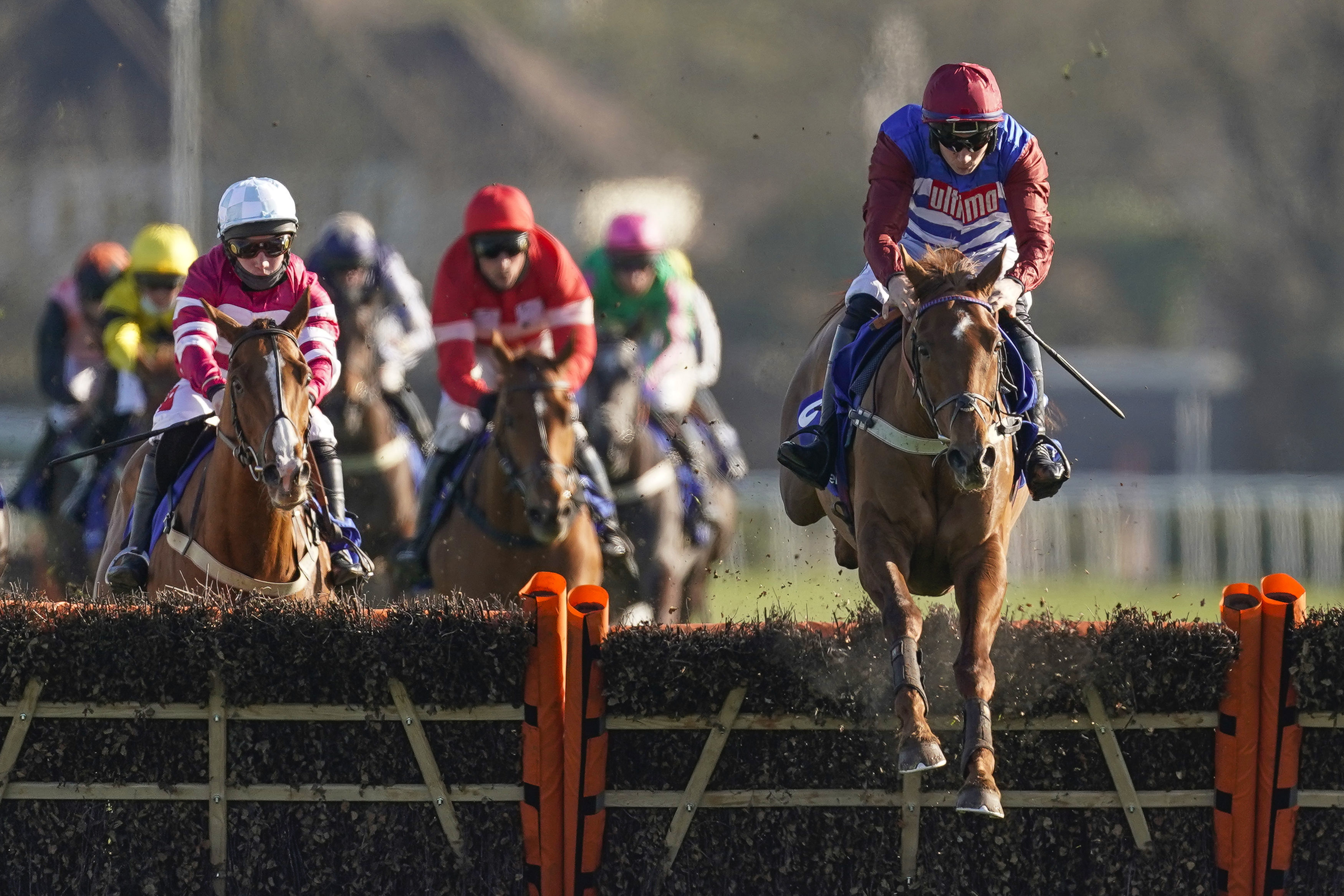 And on this evidence it's impossible to argue with King, who has twice trained former Flat horses to win the Triumph in the form of Penzance and Katchit.

Tritonic had to roll his sleeves up to win on hurdling debut at Ascot last month, but this was a stroll in the park for the four-year-old, who was placed at Royal Ascot last season.

His hurdling was slick and he bounced off the good ground at Kempton Park, tanking into contention at the top of the home straight.

Paddy Power: Place a single £20 bet on the first Newlands Chase (Naas) race and get a £10 free bet for each of the subsequent races on the card. Only deposits via cards or Apple Pay will qualify. T&Cs Apply. 18+ begambleaware.org

When jockey Adrian Heskin took the handbrake off between the last two flights, he sprinted away for an emphatic 10 length win.

Betfair slashed him into 5-1 from 8-1 for the Triumph, with Gordon Elliott’s Zanahiyr still heading the market at 9-4.

King said: "We wanted to get a bit more experience into him heading into Cheltenham and he will have learned plenty today.

"Once or twice he went to sleep but as soon as Adrian gave him a squeeze he was straight back onto the bridle.

"We certainly felt from Ascot he had improved fitness-wise and he has proven that today.

"He is much the best of the Flat horses I've ever sent jumping. He has the gears to hold his position no matter how you ride him.

"I think two runs over hurdles, with his added experience in big-field handicaps on the Flat, I think he will be fine going to Cheltenham."

And King, who has trained 15 winners at the Festival but none is the last five years, is hoping Tritonic can end his Cheltenham drought.

He joked: "I haven't had a winner there in a bloody long time! You're probably going back to Uxizandre in 2015, so I'm missing it!"