TOTTENHAM were given a warning by Uefa – because Pierluigi Gollini's GLOVES breached logo regulations.

Alarm bells were ringing in the governing body's HQ following Spurs' 2-2 draw at Rennes on September 16. 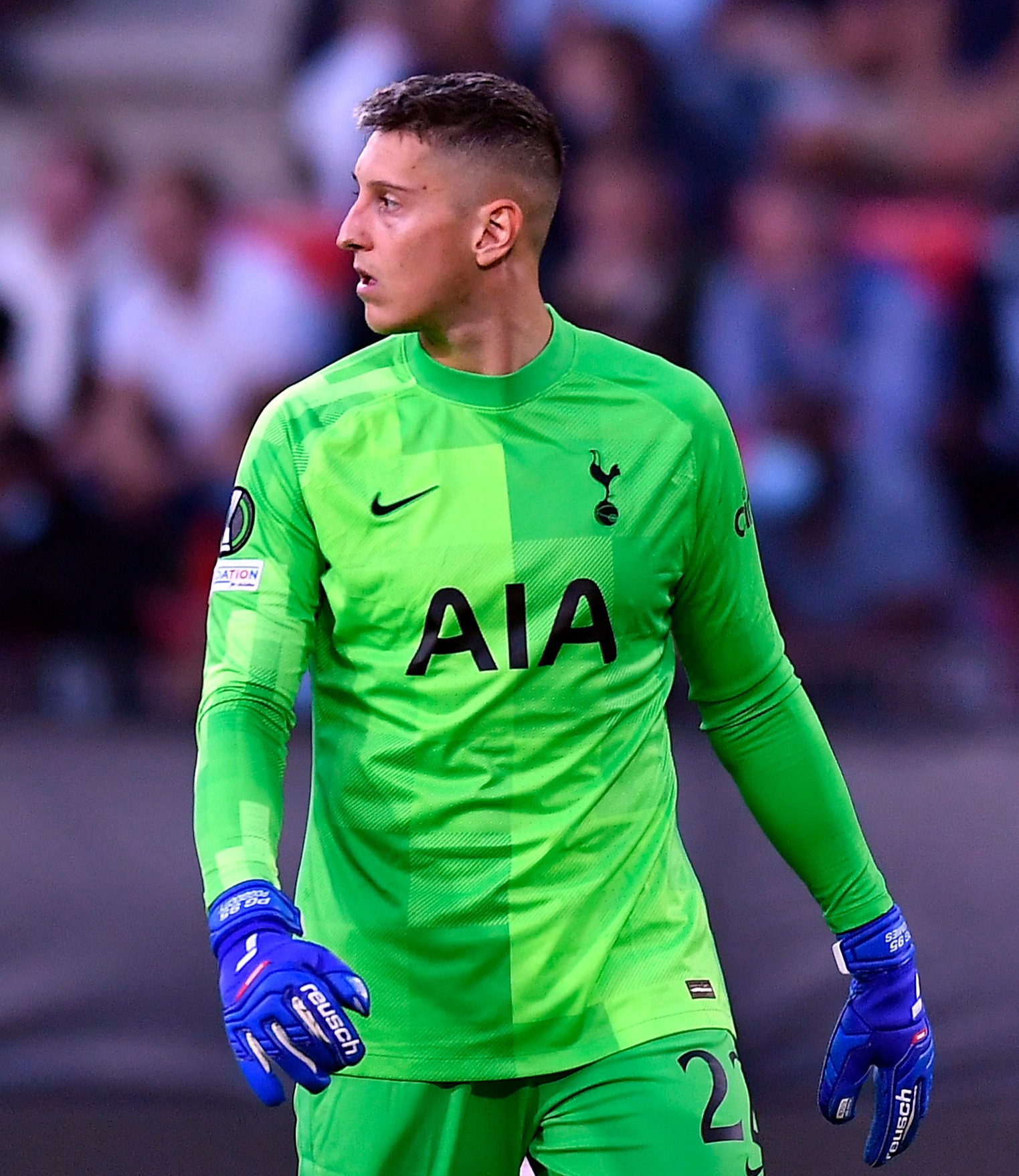 They deemed the Reusch logo to be too big and therefore breaking the strict rules in place.

Despite the extra big branding, they could not help Gollini – aka Rapper with Gloves after dabbling in the music industry – prevent the French side from scoring twice.

Thankfully for the Italian, an own goal and Pierre-Emile Hojbjerg bailed him out to earn the point.

Ex-Atalanta stopper Gollini, 28, has been the cup goalkeeper for Tottenham so far this season – playing three games in Europe and sending Spurs through in the Carabao Cup following his penalty shootout heroics against Wolves.

Nuno Espirito Santo's side are back in Conference League action on Thursday when they host Slovenian outfit NS Mura.

Elsewhere, Leicester City were slapped with a £17,250 fine after fan violence at the end of their Europa League draw with Napoli.

Supporters of both sides clashed at the King Power Stadium towards the end of the game with missiles thrown and a dozen arrests made.

Uefa hit the Foxes with two charges, for 'crowd disturbances' and 'throwing of objects' and have now confirmed the fine.

Napoli, who faced the same two charges plus causing 'damage' to the King Power Stadium, were fined just under £13,000.

Finally, Uefa also confirmed Aaron Wan-Bissaka must serve a two-game Champions League ban for his red card in the defeat at Young Boys.