THE domestic season is over with fans turning their attention to this summer's European Championship.

But for club bosses, they're furiously scribbling down ideas for the upcoming transfer window. 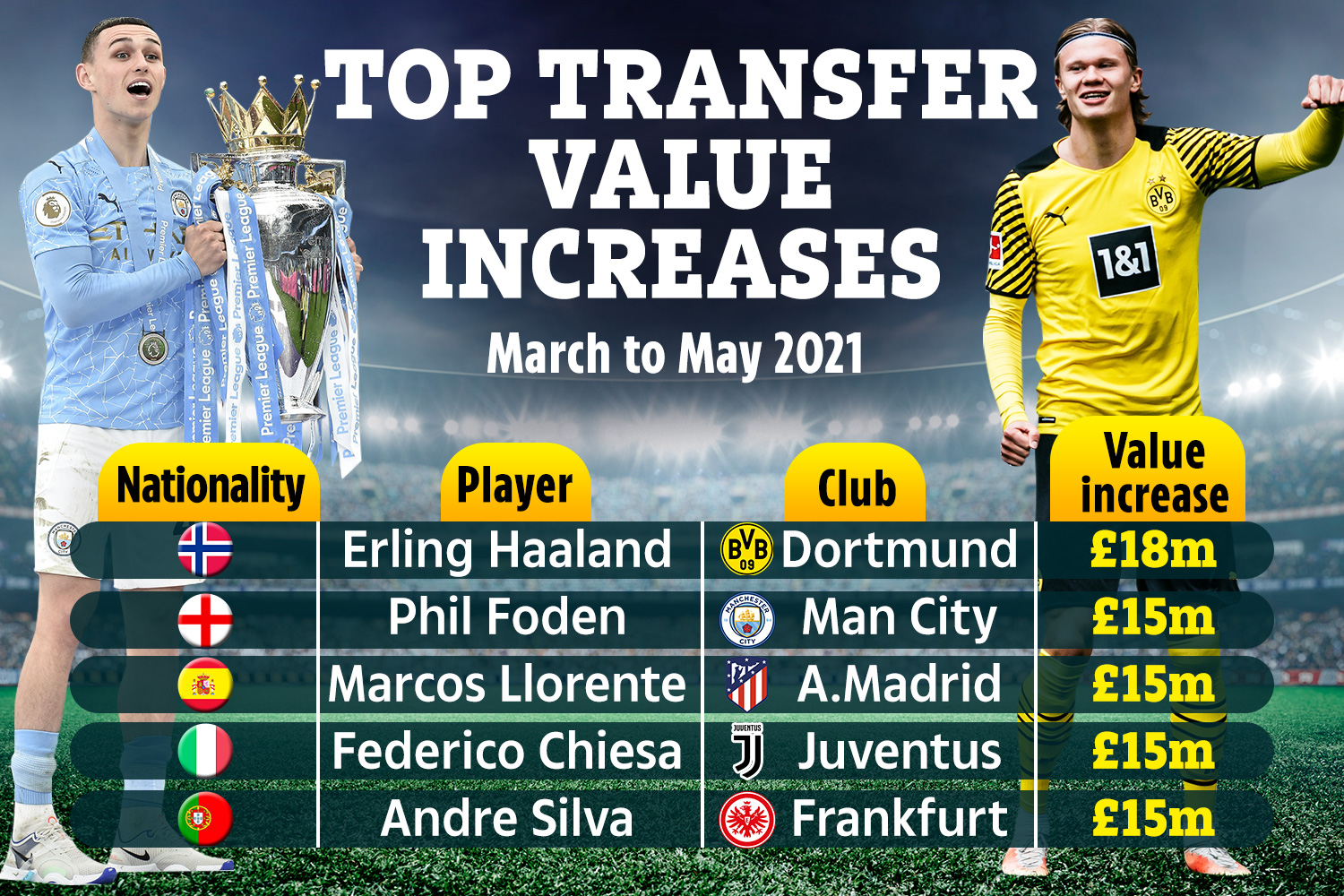 A host of big-name players are expected to move on this summer.

Lionel Messi, Kylian Mbappe, Cristiano Ronaldo and Erling Haaland are all rumoured to be on the way out of their current clubs.

But any club after Borussia Dortmund ace Haaland, 20, are in for surprise.

Incredibly, the Norway striker's value has skyrocketed by £18million in the last THREE months alone, according to research from Safe Betting Sites.

Haaland was involved in a staggering 53 goals last season, scoring 41 himself while laying on a further 12 assists.

No other player in Europe has seen their value rise by more.

The on-fire attacking midfielder, 20, saw his stock rise by £15m after becoming an undroppable member of Pep Guardiola's squad.

In truth, any club wanting to buy Foden would surely have to shatter the £100m barrier though given his age, form and potential.

His £15m value boost is equalled by THREE other players in Europe.