There's no shortage of sporting events to watch on Boxing Day, so we've put together a guide to assist you with your viewing options.

1. AUSTRALIA v NEW ZEALAND (CRICKET)
10.30am, Fox Cricket/Seven
The biggest day on the cricket calendar. It doesn't get much better than the first day of the Boxing Day Test at the mighty MCG. It's also the first time New Zealand have featured in the iconic match since 1987. The Aussies got off to a flying start in the three-Test series in Perth with a crushing 296-run victory to take a 1-0 lead. The Black Caps must win this match to break Australia's 27-year grip on the Trans-Tasman Trophy, which has included 11 series, nine of which have been won by the Aussies.

2. PHILADELPHIA 76ERS v MILWAUKEE BUCKS (NBA)
6.35am, ESPN
The second leg of the NBA Christmas Day extravaganza is an absolute ripper as Aussie star Ben Simmons' 76ers take on the might of Giannis Antetokounmpo's Bucks in a showdown between two eastern conference heavyweights. Milwaukee have the best record in the NBA (27-4), having won 21 of their last 22 games, while Philadelphia (22-10) are fifth in the east. The game takes place at the 76ers' home court, but they've lost two of their last three there after winning their first 14 at home this season. Reigning MVP Antetokounmpo's men also have the best away record (12-2) in the league. 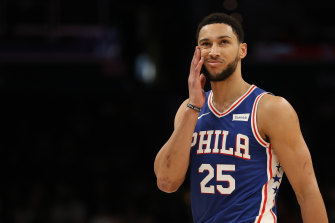 3. TORONTO RAPTORS v BOSTON CELTICS (NBA)
4.15am, ESPN
Wake up, sleepy heads! Wipe that sleep from your eyes and grab yourself a cup of tea. Or better yet, do an all-nighter from your Christmas festivities and stay awake for tip off because this is one contest you won't want to miss. Two of the best teams in the competition lock horns in the first of five NBA games. It promises to be another epic eastern conference encounter as the Raptors (21-9) host the Celtics (20-7) with the likes of Kyle Lowry, Serge Ibaka, Kemba Walker and Jayson Tatum all in action.

4. PERTH SCORCHERS v SYDNEY SIXERS (BBL)
7.10pm, Fox Cricket/Seven
If you just can't get enough of your cricket on Boxing Day, this is the fixture for you. The Scorchers host the Sixers at Optus Stadium shortly after stumps at the MCG. Surely 12 hours of non-stop cricket action will serve as a big enough fix, even for the most rabid fans of the sport. The Big Bash will certainly provide a change of pace from the Test arena, with the promise of plenty of Twenty20 fireworks. Both Perth (1-1) and the Sixers (1-2) have been hot-and-cold early on and a victory will be needed to get their respective campaigns back on the right course. 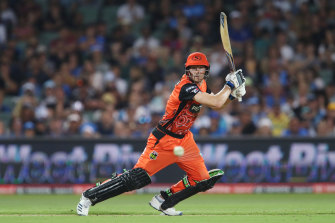 The Scorchers will be in action in the Big Bash.Credit:Getty Images

5. LOS ANGELES LAKERS v LOS ANGELES CLIPPERS (NBA)
12pm, ESPN
This particular encounter would have been slightly higher up in the pecking order had the Lakers' dynamic duo LeBron James (back) and Anthony James (knee) not had injury clouds hovering over them. If they're both out, it will greatly dilute this highly anticipated battle of Los Angeles. Some doubt has to surround Kawhi Leonard's participation, too, given he sat out the last game due to load management. Still, when two of the top three favourites for the title lock horns, it's always a big occasion – especially when they share the same stadium.