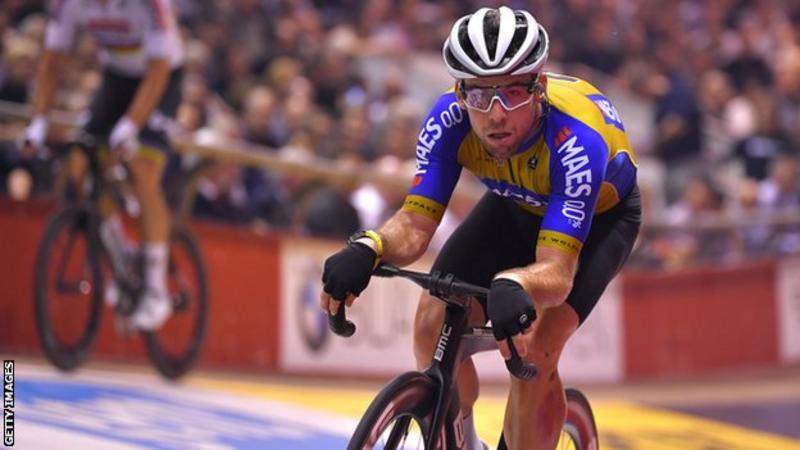 Mark Cavendish looks set to miss out on a track spot at the Tokyo 2020 Olympics after he was not selected for the final World Cup event of the season.

Cavendish, 34, was hoping to race in the madison as the event returns to the Olympic programme this year.

He still needs to race a World Cup event or the world championships next month to be eligible for the Olympics.

British Cycling has chosen Ollie Wood and Ethan Hayter for the men’s endurance events in Canada this month.

The sixth round of the World Cup takes place in Milton from 24-26 January.

Cavendish, who is a three-time madison world champion, won silver in the omnium at the Rio 2016 Games.

He has combined training on the road with racing in track events this winter and reached the target of 250 qualifying points at a race in Switzerland last month but has not been called up by British Cycling for a World Cup event.

Cavendish could yet appeal for special dispensation to race but British Cycling head coach Iain Dyer has previously said they may not take a madison specialist to Tokyo in order to take a rider who can also race the team pursuit.

The five-man endurance teams at the Olympics must cover all the pursuit and bunch racing events, though Cavendish was taken to Rio as the fifth man.

The Manxman has joined Bahrain-McLaren on the road for 2020 and will start his season at one-day classic Milan-San Remo, which he won in 2009.

He is likely to target the Tour de France and attempt to add to his 30 stage wins as he looks to break Eddy Merckx’s record of 34.

Cavendish, who was affected by the Epstein-Barr virus over the past two years, was left out of the 2019 Tour by former team Dimension Data.