TIGER WOODS says he and Phil Mickelson will have to tone down the X-rated banter for their charity shootout with Tom Brady and Peyton Manning.

But the reigning Masters champion has promised there will be no repeat of the boring back and forth that ruined their first £7.2million match in 2018 – which was ridiculed as a crass money-grabbing exercise. 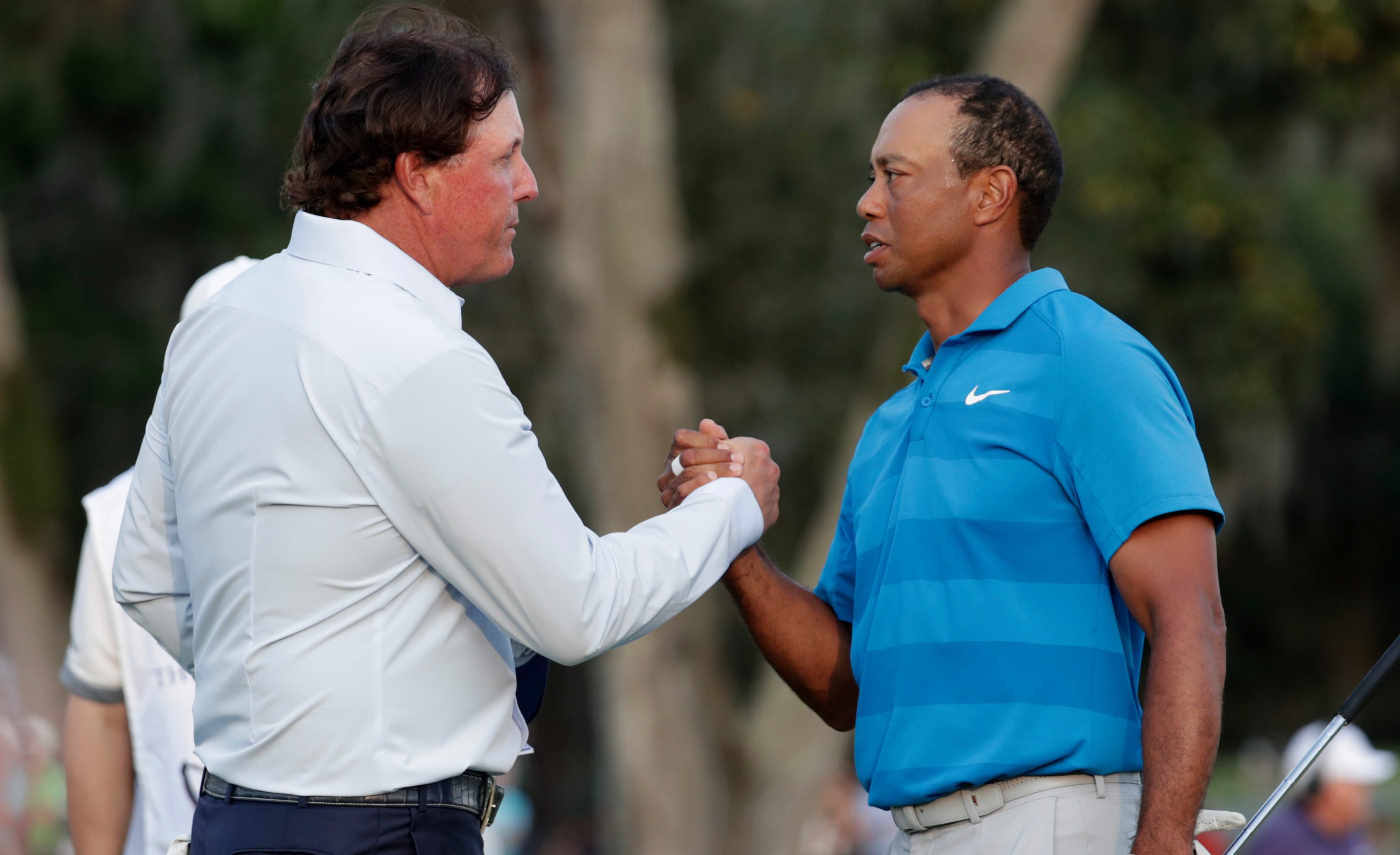 Woods and NFL hero Manning, both 44, will team up to take on five-time major champ Mickelson, 49, and Super Bowl icon Brady, 42, in Florida next month.

The big difference this time – aside from the addition of the gridiron greats – is that all proceeds from the made-for-TV match will go to coronavirus relief.

Technical problems from the first head-to-head in Las Vegas – which Mickelson won – cost broadcaster Turner Sports TV around £10m and fans slammed it as a snoozefest, but Woods has promised different this time.

He said: “There has been trash talk already. Whether it's, 'I might need extra caddies to carry my Super Bowls’, because he has more Super Bowls than my partner.

“Or, 'I've got more majors than Phil, so I'm gonna have to have a truck come up to the first tee and U-Haul it out’.

“It's been fun, and it'll be like that when we play, when we compete. There will be banter back and forth, but it won't be as rough as what we have in our text exchange.”

Woods also said this star-studded showdown, called ‘The Match: Champions for Charity’, will strike a different tone because it will be about helping others rather than lining their own pockets.

He added: “This is different than what Phil and I did two years ago, playing our match in Vegas. That was he and I just having a great time, trying to showcase golf in a different way.

“We're coming together to showcase golf in a different way, but it's about charity. That's the reason why we're all doing this.”