Sporting teams have been known for not wanting their players to go down "media street" but NSW have taken a different tack, releasing fast bowler Trent Copeland from a Shield game so he can be part of Channel Seven's Test commentary team.

Instead of playing in the Blues' match with South Australia, starting December 7, Copeland will be in Adelaide performing his role as Seven's analyst for the first Test. 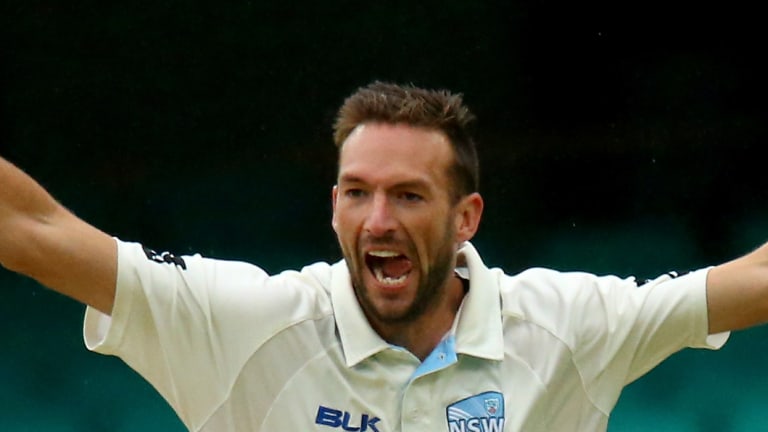 The move has the blessing of the Cricket NSW chief Andrew Jones, high performance boss David Moore and coach Phil Jaques, but The Tonk understands eyebrows have been raised within the playing ranks.

There is some disquiet around whether Copeland should be allowed to put his media commitments above his playing duties, especially if he wants to play on.

Some have also raised questions over the example it's setting at a time when the Blues have invested heavily in youth after a lean campaign last season.

Copeland missed the Blues' last Shield match when Pat Cummins, Mitchell Starc and Josh Hazlewood were available but is their leading wicket-taker this season with 16 at 16, and has been the spearhead of the attack when the Test stars are unavailable.

The veteran seamer does not have a Big Bash League contract so there will be no clash for the rest of the Test series against India.

It's undoubtedly a huge career opportunity for Copeland, who at 32 is in the twilight of what has been long and distinguished career in the baggy blue. It also seems unlikely Copeland will add to his three Tests, the last of which was in 2011.

The Tonk understands Copeland has impressed many at Seven's cricket team with his intimate knowledge of the current game and many of the Australian players likely to feature in the Tests.

Copeland is known within cricket circles for his tactical smarts, which perhaps goes a long way to explain how he has taken 313 first-class wickets at 26 despite not being of express pace.

The spirit of cricket

You might remember a story from club cricket in England a few months back where a bowler was suspended for nine games for bad sportsmanship after deliberately bowling a no-ball to deny a batsman a century.

The Tonk has been alerted to an incident in Melbourne that some might feel has gone too far the other way.

The Abbotsford Anglers, a popular amateur club in Melbourne, have been split after an opposition batsman was allowed to play on to reach his century despite the winning runs already having been hit.

Stranded on 99 not out, the Toorak-Prahran captain requested an extra over from his opposing number so he could reach three figures. It was granted and he duly raised his bat.

The move has caused some division at the Anglers, whom some might remember had a documentary (2005) and a movie (2011) made about their 2001 tour of India.

One player filthy with the call described the conduct as "unbecoming of Anglers," according to an email chain obtained by The Tonk, saying "it's not cricket".

In reply, his captain insisted he had "better embodied the spirit of the Angler" and would do exactly the same again.

The laws of cricket state that "as soon as a result is reached … the match is at an end".

Whose side are you on?

We told you last week about how little Mitchell Starc and Alyssa Healy have seen each other in recent months due to their cricket commitments. Well, it turns out potential Test newbie Marcus Harris had similar issues himself. 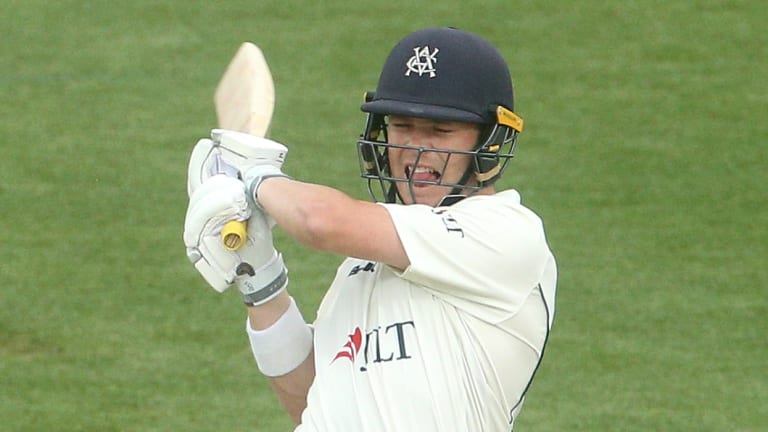 Marcus Harris has notched up plenty of frequent flyer points and could be about to add more.Credit:AAP

When Harris moved to Melbourne from Perth in 2016, his partner Cat accepted a job in Brisbane. So in between games, Harris would fly north to spend time with her.

"It was not good for my bank balance," Harris told The Tonk this week. "When you're with someone you have to try and make it work and that's what we did."

Cat is now back in Melbourne, which has no doubt saved Harris a bit of coin. Though he could be spending more time on the road if he can carry his form from the Shield into the Test arena.