The conditions at Tokyo 2020 have been both “brutal” and “oppressive” with the heat and humidity combining to take their toll on athletes.

The tennis was hit especially hard early on, with Kazakhstan’s Zarina Diyas and Spain’s Paula Badosa retiring due to exhaustion, while Russia’s Daniil Medvedev alarmingly remarked: “I can finish the match, but I can die.”

The outcry from athletes led to organisers reshuffling the schedule for various events, with the women’s marathon brought back an hour further to start at 6am in Sapporo, more than 500 miles north of Tokyo.

Despite optimism, the conditions are no more optimal for fast running on the north island, leading to discussions over the suitability of host nations in the future with endurance events prominent throughout the Olympic schedule.

It was similar on the track in Tokyo for the men’s 10,000m final on the opening night of the athletics on 30 July. Fifth-placed Grant Fisher described how the race was a “grind”, despite the slowest winning time (27:43.22) in the event since Barcelona 1992.

“The whole race was a grind, an absolute grind, we were running slow, but it was a grind,” the American said on his podcast The Half Step Pod. “There’s a reason why these guys (Uganda’s Joshua Cheptegei and Jacob Kiplimo), who were meant to push the pace and make it fast, bailed early. 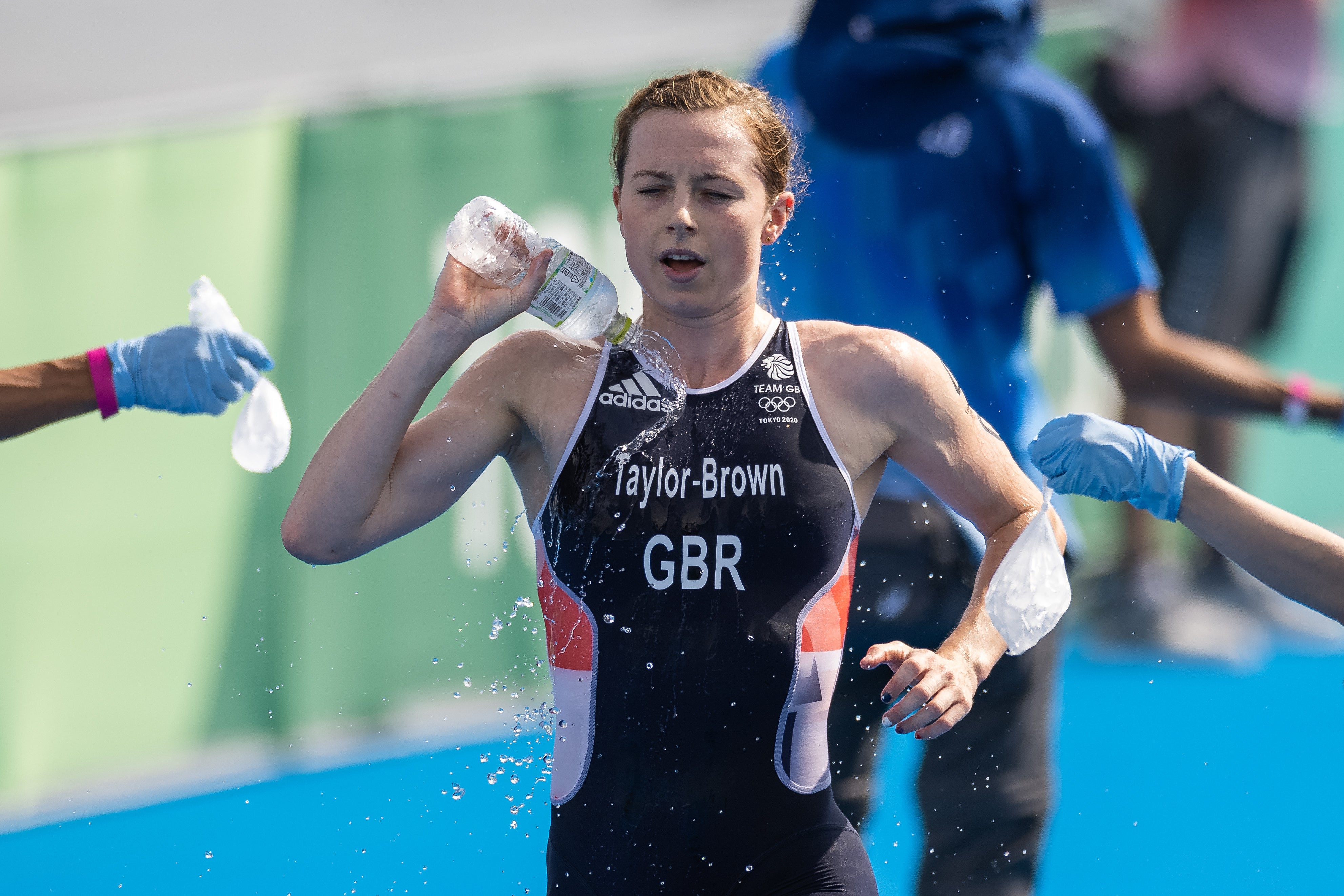 “The conditions were oppressive, it was hard. The heat was there, the humidity, it was the sweatiest race I’ve ever been in.

“It felt hotter than Eugene [at the US Olympic Trials], even though Eugene was 110 fahrenheit (43 celcius), we weren’t running that fast and it still felt pretty hard.”

It leaves the athletes in a tricky position, with fatigue tapping them on the shoulder a lot sooner than usual, meaning greater emphasis on strategy and mental discipline.

“The dry temperature is not so high, but the combination of the temperature and the humidity provides an external heat load,” Professor José González-Alonso, of Brunel University, told The Independent.

“It can lead to more variety in performances, as we saw in Athens in 2004. A slightly more conservative strategy will be beneficial, but you also have to avoid being too conservative, making the tactics fascinating. 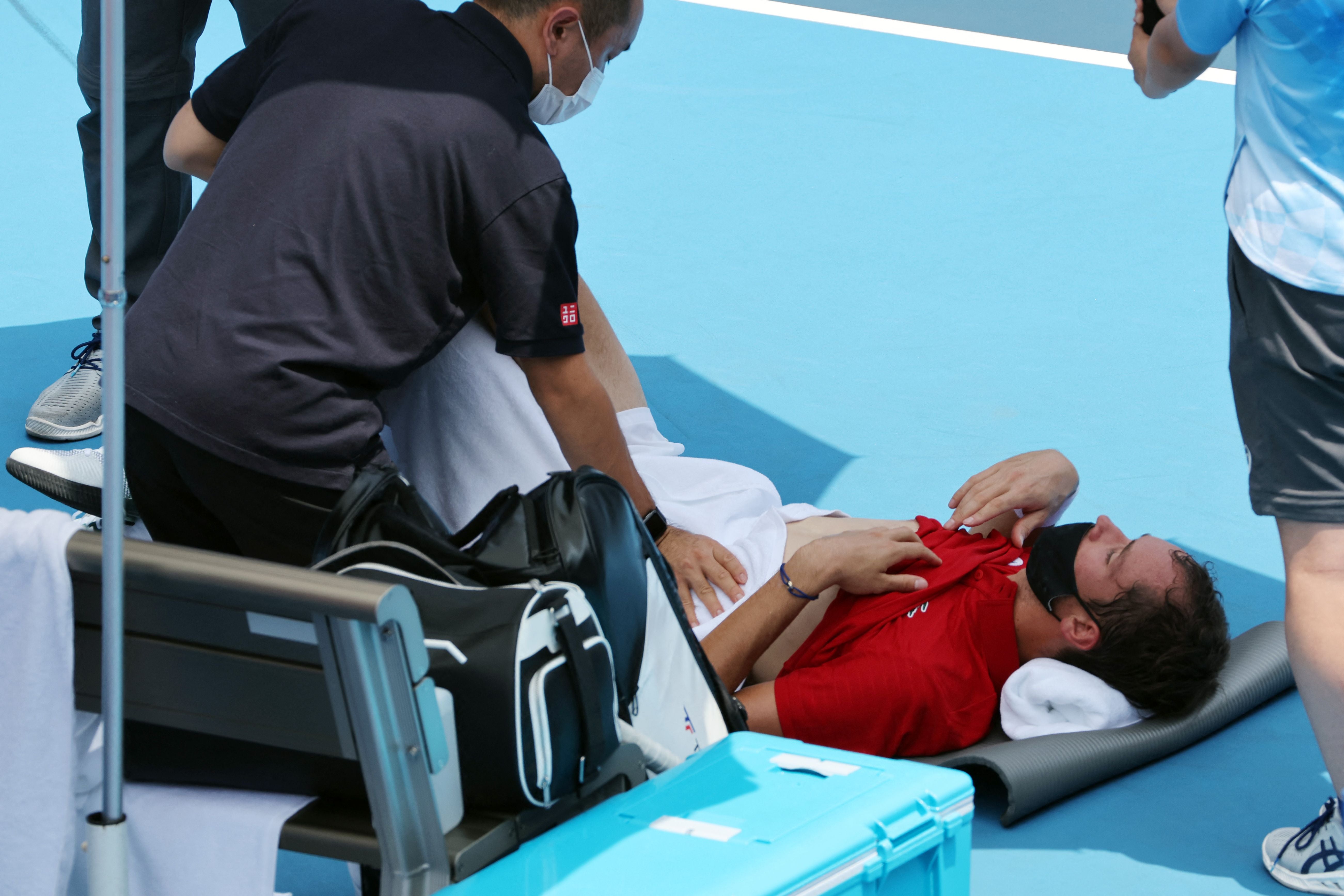 “In an experiment using water-perfused suits, we heated the suit up for an athlete before, then asked them to cycle until fatigue at maximum aerobic capacity, so close to 100 percent, such as middle distance running and close to their VO2 Max.

“If they start at a high core temperature, they fatigue in about three minutes. But in cooler temperatures they can last six minutes.

“The athletes starting with a higher core temperature fatigued sooner as oxygen delivery and consumption, the amount of energy from ATP (adenosine triphosphate) that the muscles produce, is significantly lower than in the controlled conditions.”

And while the conditions are out of Kenya’s Eliud Kipchoge and his competitors’ control, expect their warm-ups to start much sooner than the stated start time, which will enable them to bring their core temperature back down before the race starts. 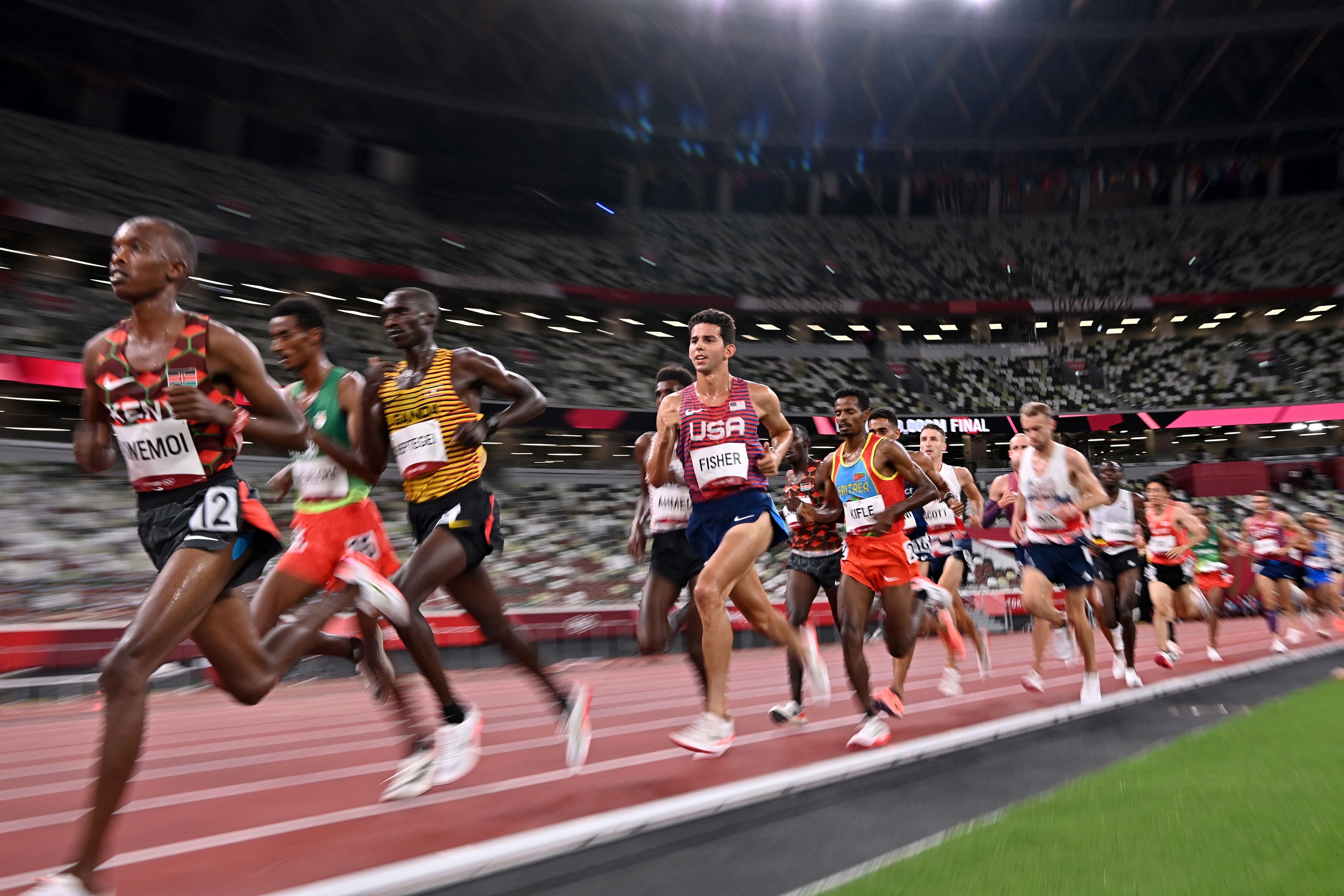 Grant Fisher described the conditions for the men’s 10,000m as a ‘grind’ 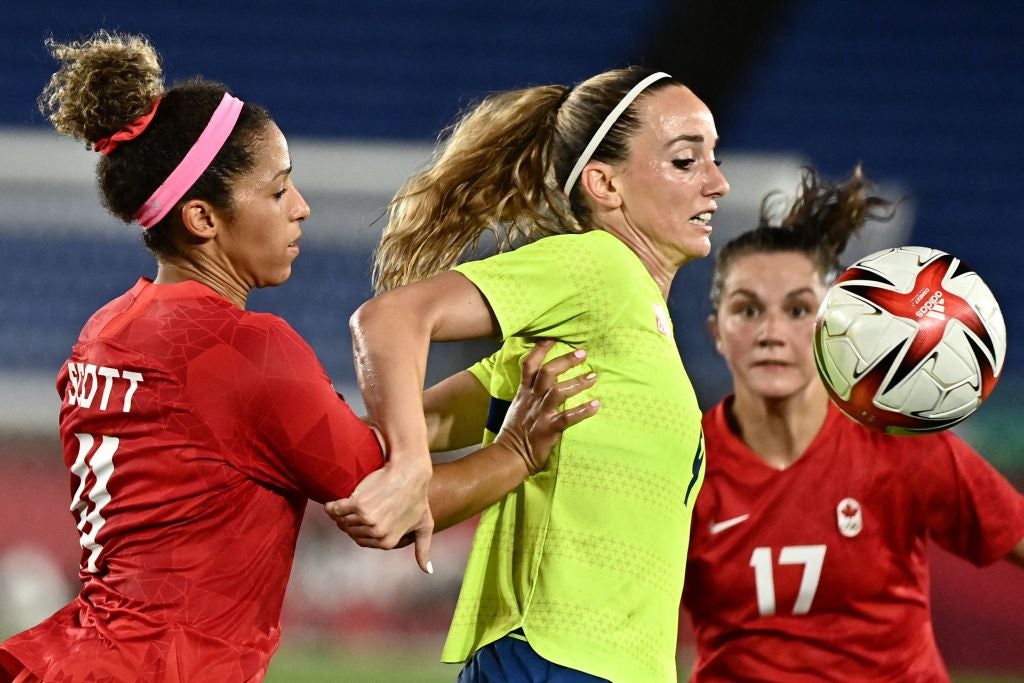 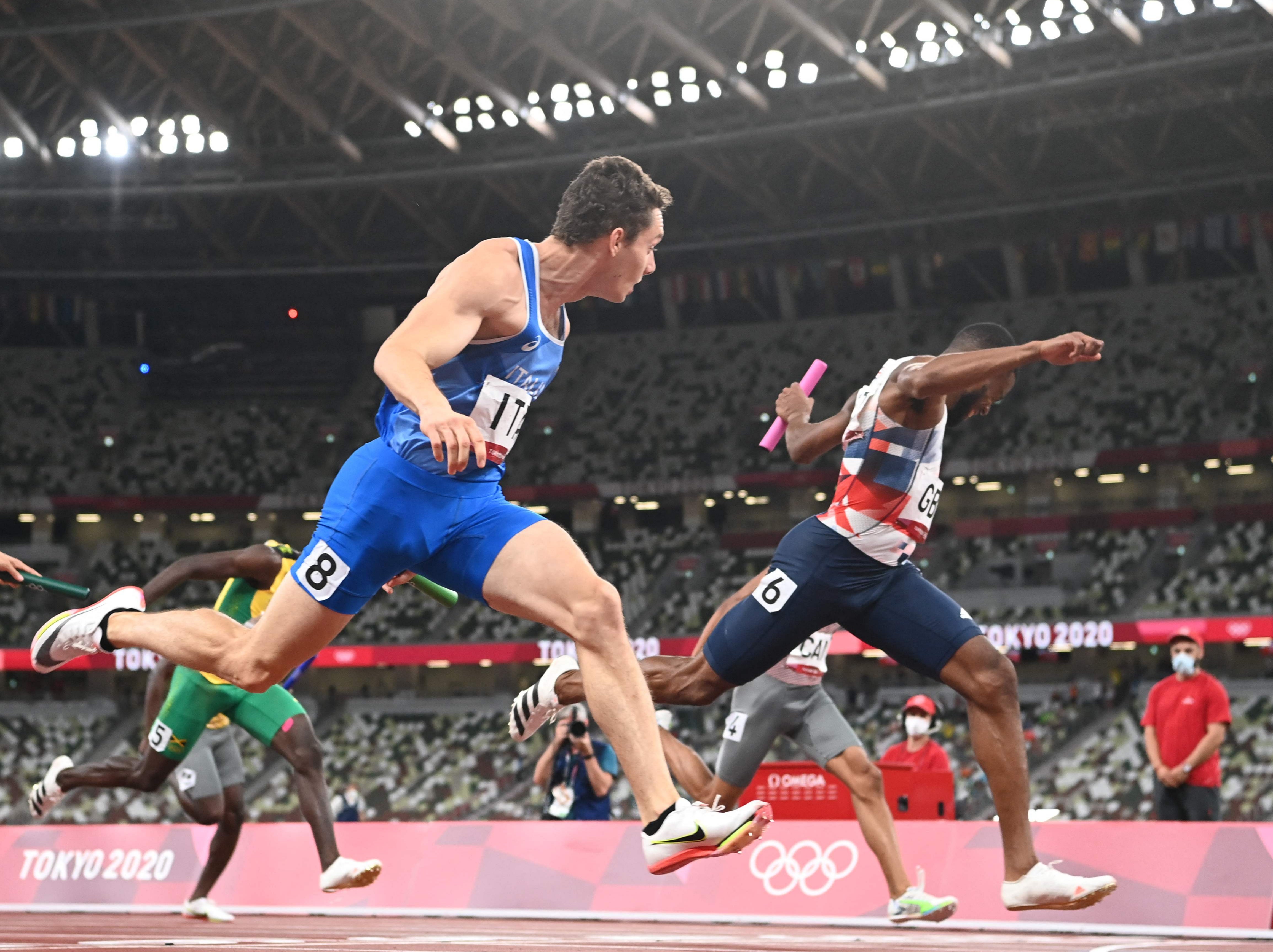 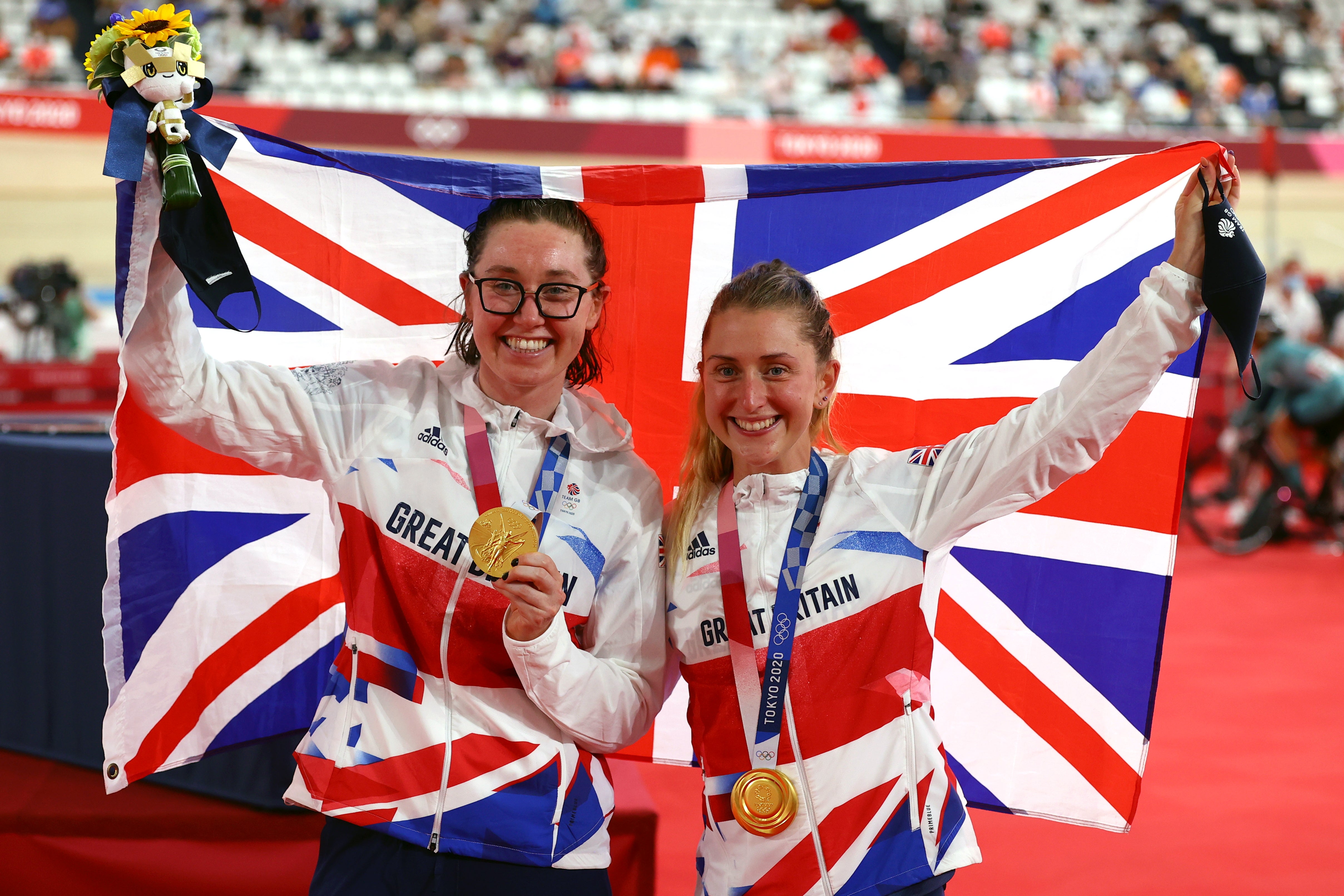 While most runners will follow the lead from triathletes at Tokyo 2020, who could be seen pouring water over themselves. And while this actually doesn’t help reduce core temperature to prolong the arrival of fatigue, it does reduce skin temperature to give athletes the sensation of cooling down.

The debate will swirl long after the Games finish surrounding both host nations’ suitability based on climate and when the Olympics are hosted. But for now expect these gruelling conditions to provide one last wildcard element to the final events of Tokyo 2020.