JOE ROOT is facing the spectre of another Ashes hammering after an England defeat that confirmed all our worst fears.

There were errors before a ball was bowled and then England were outclassed by an Aussie team now sustained by surging self-belief. 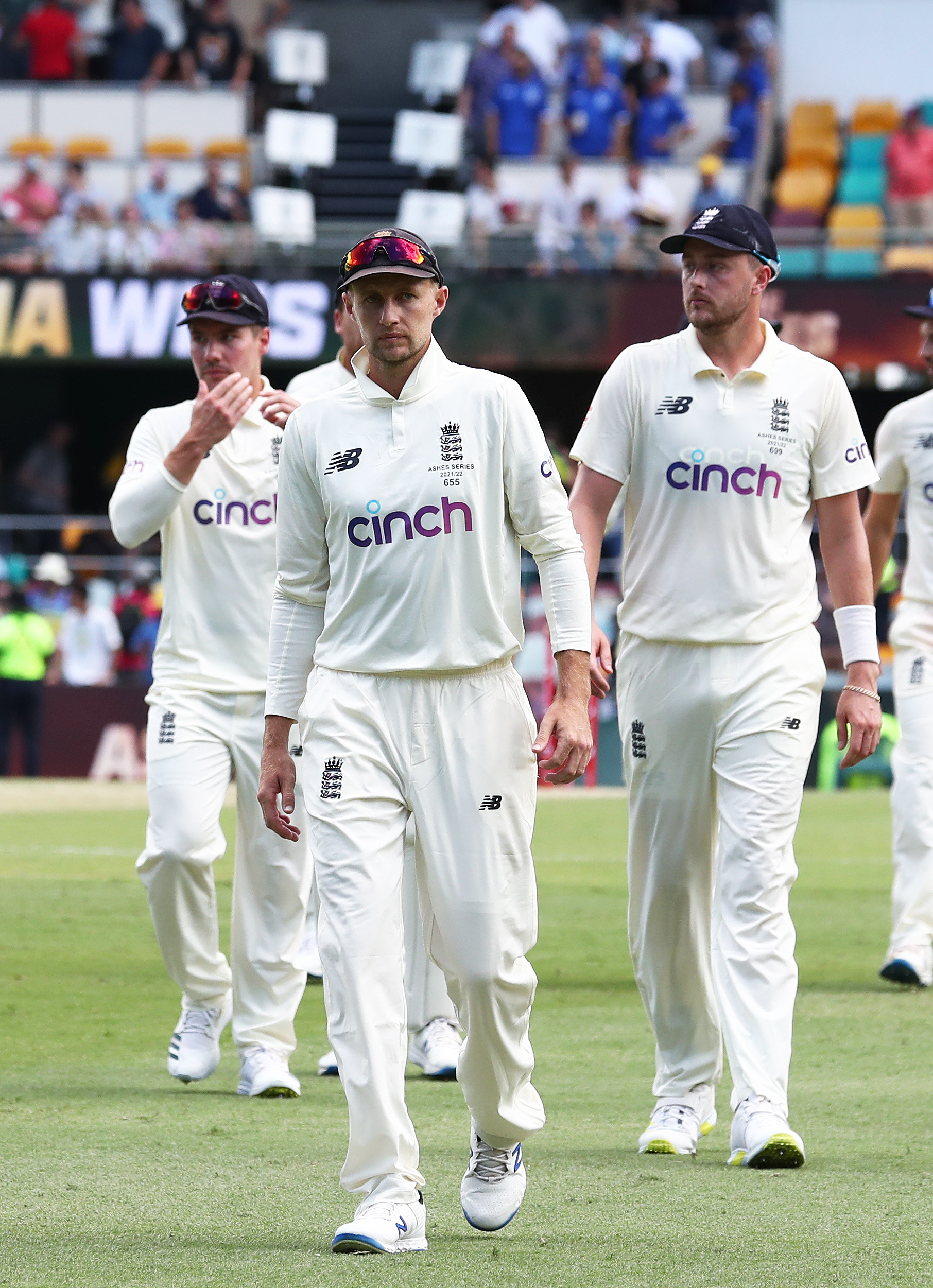 If England fail to avoid defeat in the Second Test starting Thursday, this could turn into a tour of torture and torment.

Captain Root’s ten previous Tests in Australia brought nine defeats — make that ten out of 11 now — so he knows all about suffering misery Down Under.

When asked if this trip will now follow a familiar grim course, he said: “Making sure there is no repeat is enough of a motivation for us.

“As you’ve seen in the last couple of years, this team has generally responded to difficult defeats with some strong results. We’ll have to do exactly the same on this tour.”

Pace ace Stuart Broad should have played instead of spinner Jack Leach and Root should have bowled first under cloudy skies with the pitch at its juiciest when he won the toss.

England say they have been planning for this series for two years. 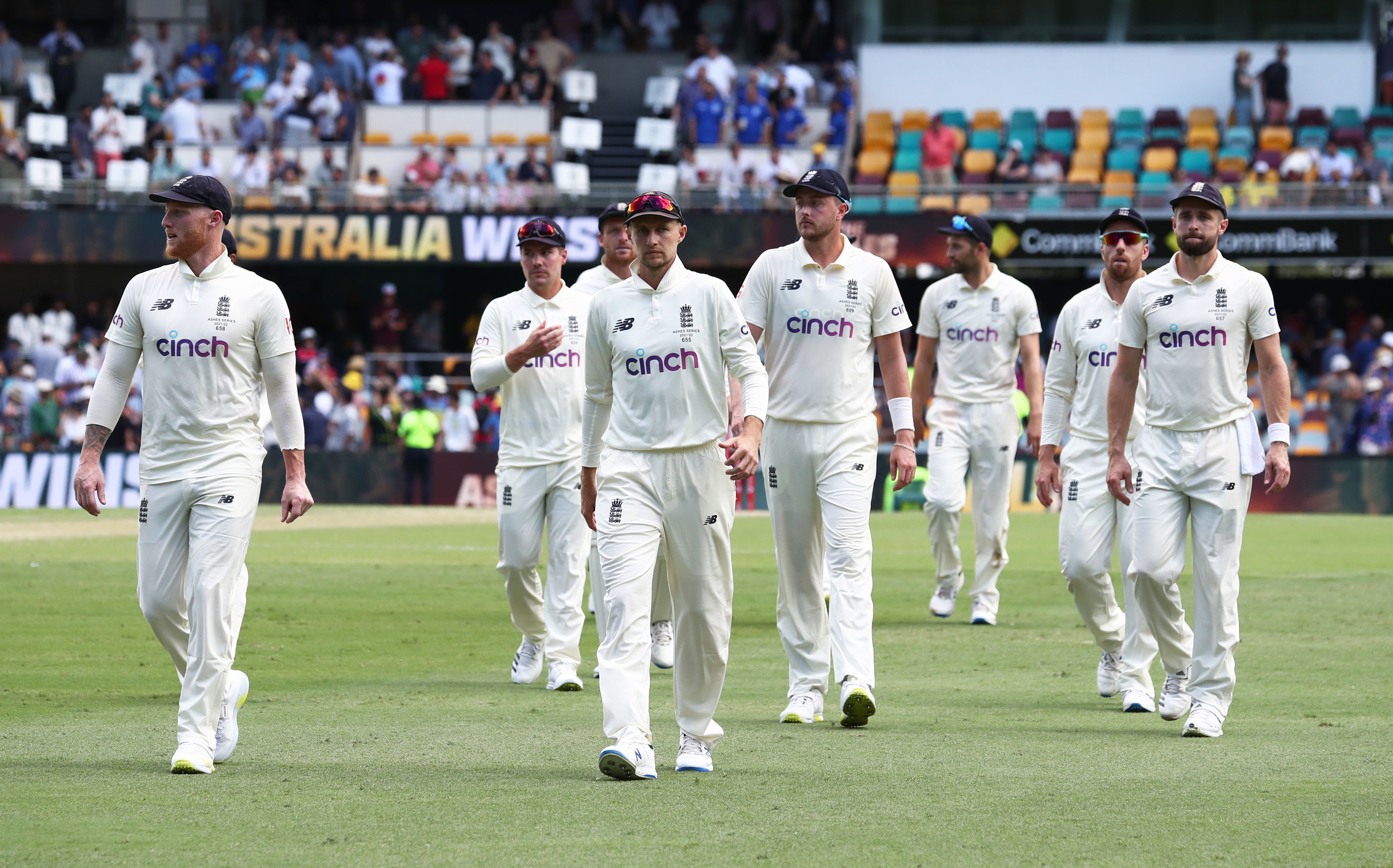 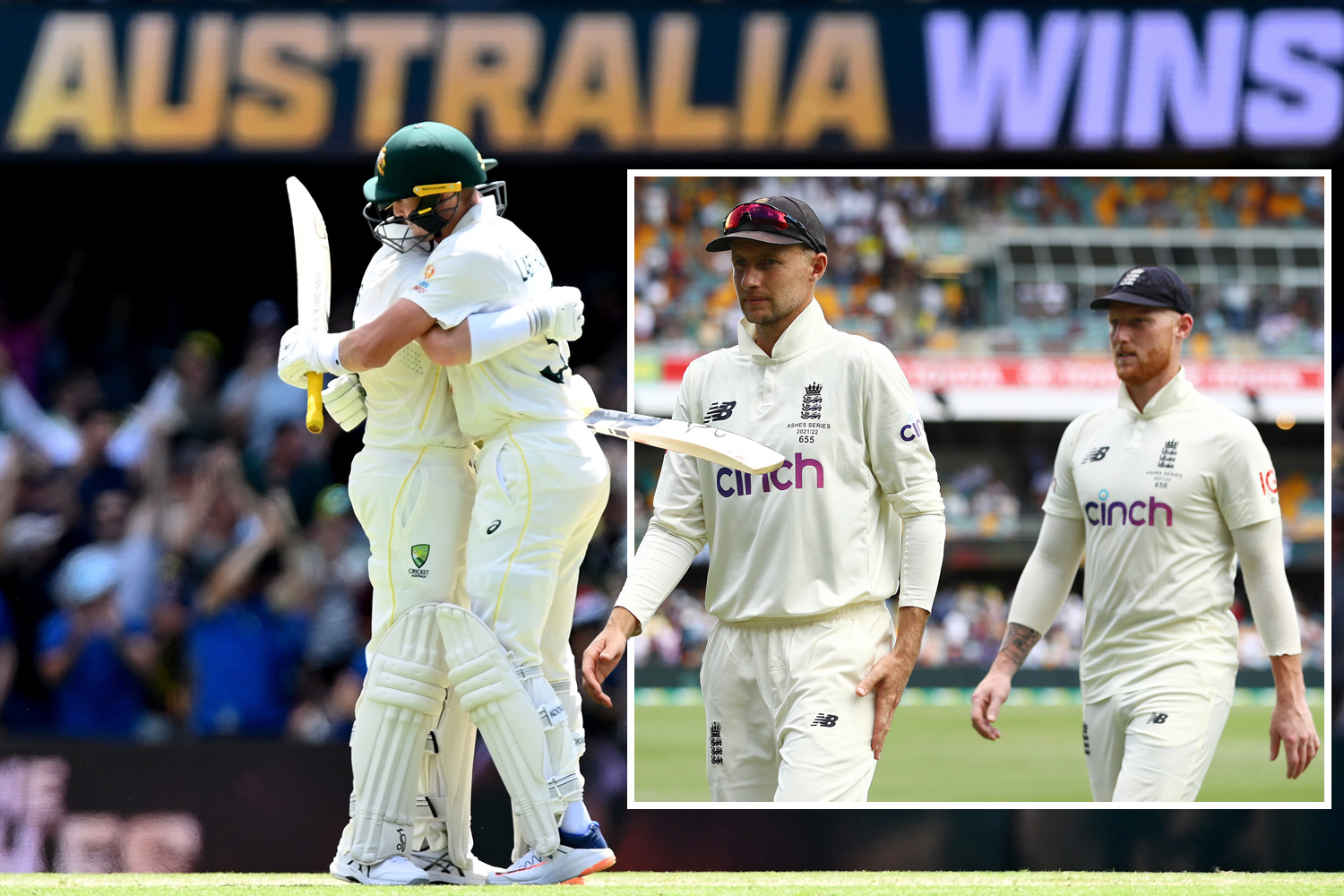 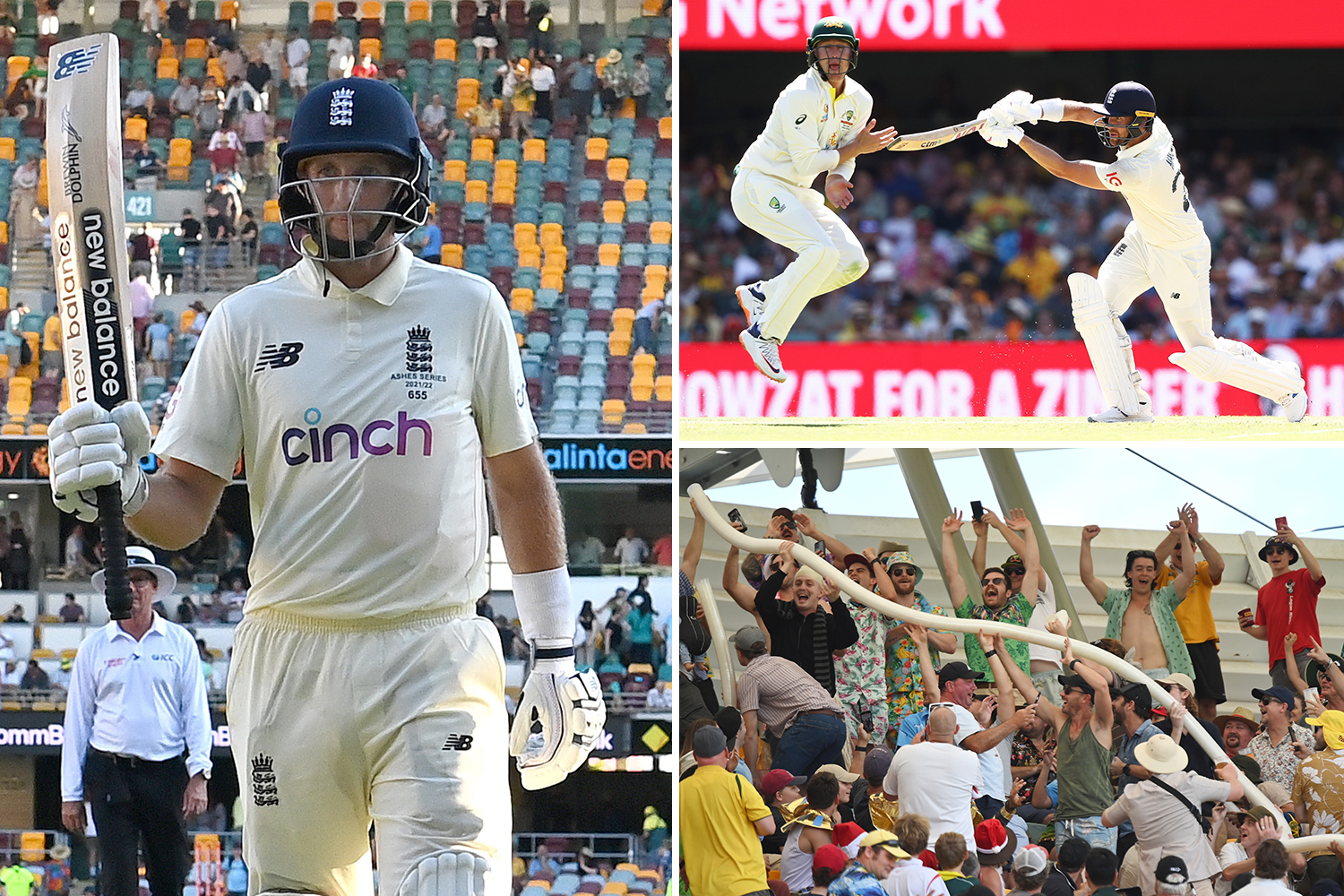 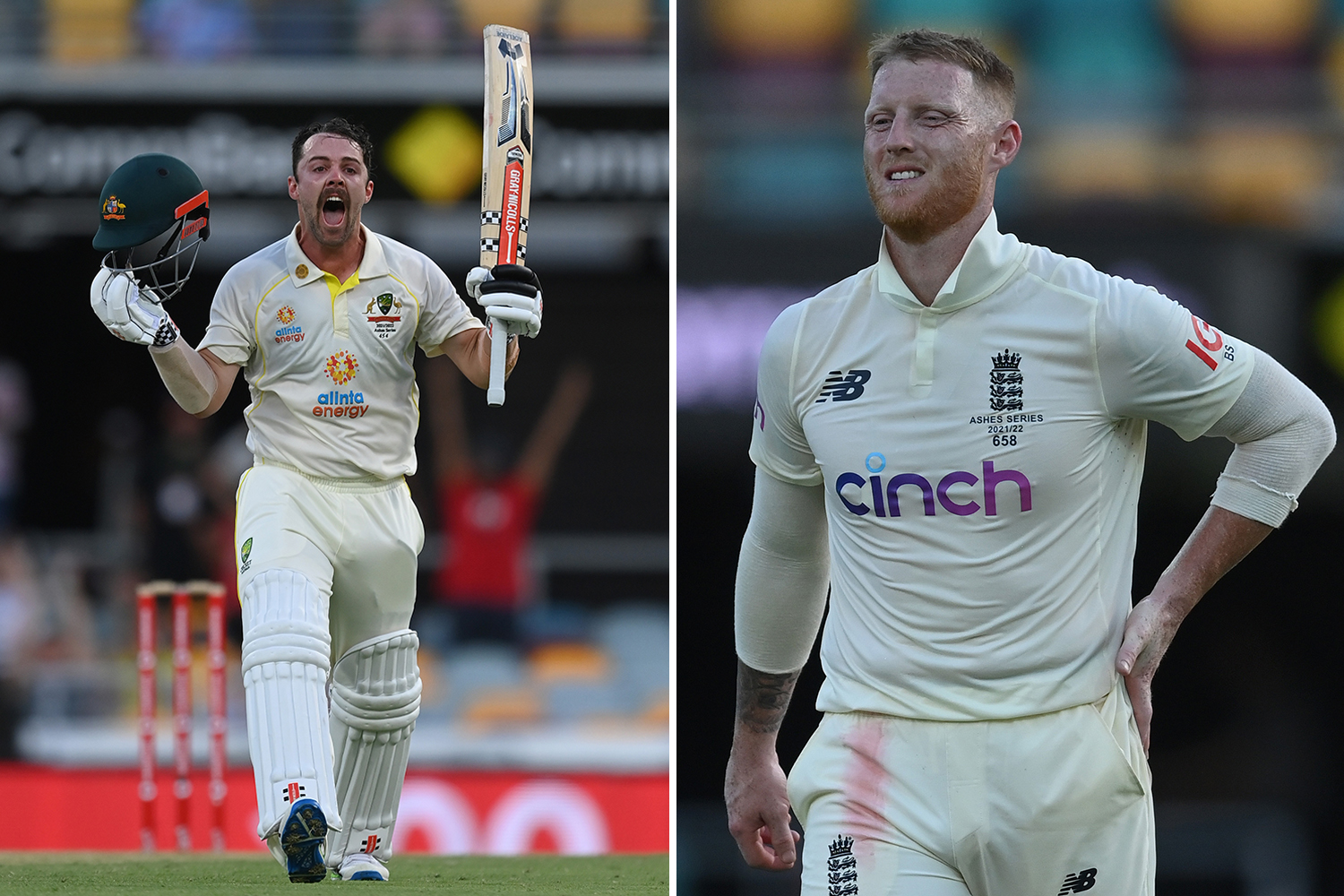 Surely, two years of planning did not mean Chris Woakes, who played one Test in the preceding 16 months, and tyro Ollie Robinson sharing the new ball.

Root defended those decisions, which was not surprising, but they were compounded when England batted so poorly on day one and found themselves 29-4 on the way to 147 all out.

There was a period when England themselves took four wickets for 29 but Travis Head’s brilliant counter-attacking century snuffed out that opportunity.

Then Root and Dawid Malan put on 162 for the third wicket after England were 278 runs behind on first innings.

But they could not sustain the resistance and England’s last eight second- innings wickets tumbled for 74 runs.

England dropped catches and missed run outs. And they tossed away far too many wickets with soft dismissals.

Broad and Jimmy Anderson will surely play in the pink-ball Test in Adelaide but the damage has already been done.

Root repeated his pre-series mantra that England must be “brave” and explained: “If we go about things exactly as we have on the last two tours, we’re going to get the same results.

We have to make sure we keep parity and get ahead and then back ourselves to take opportunities. We’ve learned some harsh lessons.

“We have to be brave, we have to look to do things differently to previous tours. I look back on the toss — I think it was the right decision. We just didn’t play well enough in the first innings.

“I certainly take confidence from this game. There were periods when we showed we’re more than capable of getting on top of Australia.

"We just didn’t do it for long enough. We were always behind the game after that first hour on day one.

“We have to make sure we keep parity and get ahead and then back ourselves to take opportunities. We’ve learned some harsh lessons.

“Look at Mark Wood — 23 times he beat the bat and that’s impressive. I genuinely believe if we’d taken our chances and handled our first innings better, I’d be sat here in a different position.”

So a story of ifs, buts and maybes. The truth, however, is that Root was exploring the line between remaining chipper and kidding himself.

England were outplayed and at no stage did anything other than an Australian win seem likely.

It came as little surprise that Root and Malan were unable to extend their partnership on the fourth morning.

Left-hander Malan advanced down the pitch to Nathan Lyon, jammed the ball into his pad and it plopped into Marnus Labuschagne’s hands at silly point.

It was off-spinner Lyon’s 400th Test wicket. Then, calamitously for England, Root poked at a ball from all-rounder Cameron Green and edged a catch behind for 89.

It was Root’s highest score in a Test match in Australia but England needed more from him, plenty more.

The rest of England’s second innings crumbled tamely. Ben Stokes got into a terrible muddle against Pat Cummins and skewed a catch to gully.

Stokes endured a disappointing return to cricket after his self-imposed exile since July, scoring 19 runs and failing to take a wicket in 12 expensive overs.

A “catastrophic” power outage at the ground meant the TV world feed went down. Nobody around the globe could see pictures for 20 minutes.

England might have preferred the power cut to last longer so there was no video evidence of their collapse.