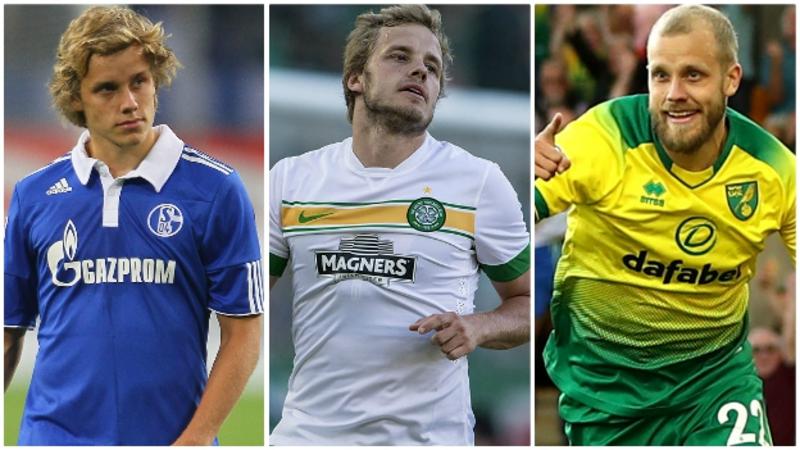 Shortly after concluding a discussion on combating climate change, Finland prime minister Antti Rinne got up from his seat at the stately Elysee Palace in Paris, shook the hand of France president Emmanuel Macron and then presented him with a gift.

It was a Teemu Pukki football shirt.

Such is the in-form Norwich and Finland striker’s reputation at the moment that his name even makes it onto the agenda of top-level political meetings, alongside environmental issues and trade deals.

With 44 goals in 66 games for club and country since joining the Canaries in the summer of 2018, Pukki is one of the most prolific players in world football at the moment.

But it wasn’t always that way for a player once described as “not a complete disaster” following a less-than-impressive stint at Celtic.

As Pukki looks to make it six goals in seven games for Finland when they face Bosnia and Herzegovina on Saturday (17:00 BST) and move them a step closer to qualifying for their first major tournament, BBC Sport charts the fall and rise of Norwich’s talismanic striker.

Pukki’s tale is perhaps not one of a player who blossomed later in life but rather a player who always had the ability but, until recently, did not find himself the right circumstances to flourish.

Having impressed in his homeland from an early age – he made his debut for his hometown team at 16 and was named Finland’s Young Player of the Year in his first season – Pukki caught the eye of several international scouts while playing for Finland in an Under-17s tournament in Portugal.

“What he had then was his incredible timing in his runs behind the defence,” says Flemming Berg, who was at that tournament working as a scout for Chelsea. “He has those qualities now and he had them as a teenager.” 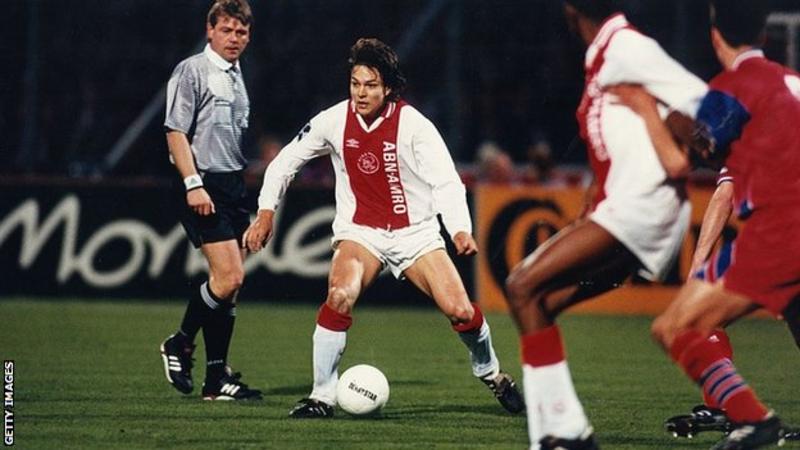 With the career of arguably Finland’s greatest player, Jari Litmanen, heading towards its end, clubs were on the lookout for the next Finnish superstar. Pukki was invited for a trial with Chelsea and although nothing came of it there was also rumoured interest from Juventus and Sevilla.

In the end it was the Spanish side who made their move and, in 2008, Pukki joined Sevilla. 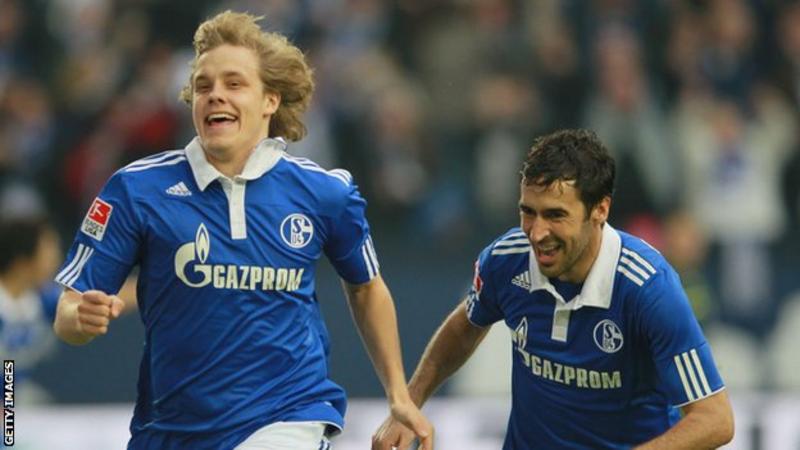 Pukki perhaps fell victim to getting too much too soon. He arrived in the Spanish city as a hopeful 17 year old, living with his mum in a small flat while being unable to speak the language.

After a couple of years in the La Liga side’s youth team, the manager who signed him – Diego Rodriguez – was sacked and Pukki found himself even more out of favour. He returned to Finland to try and kick-start his career.

After a successful spell at HJK Helsinki, Pukki was again offered the chance of playing in one of Europe’s big leagues – this time with German club Schalke.

Despite scoring twice on his debut, circumstances again hindered his progress. Ahead of Pukki were Spanish legend Raul and Dutch striker Klaas-Jan Huntelaar, who would go on to enjoy one of the most prolific seasons of his career with 48 goals in 48 games. Pukki was up against it from the outset.

A move to Celtic followed but there he struggled with both the physicality of the league and playing out of position.

“The thing with him at Celtic was that he was played off the left hand side, he wasn’t played in a central role or at least not very often,” former Celtic and Norwich striker Chris Sutton tells BBC Sport. “That certainly didn’t help – he is a number nine and he has such good movement.” 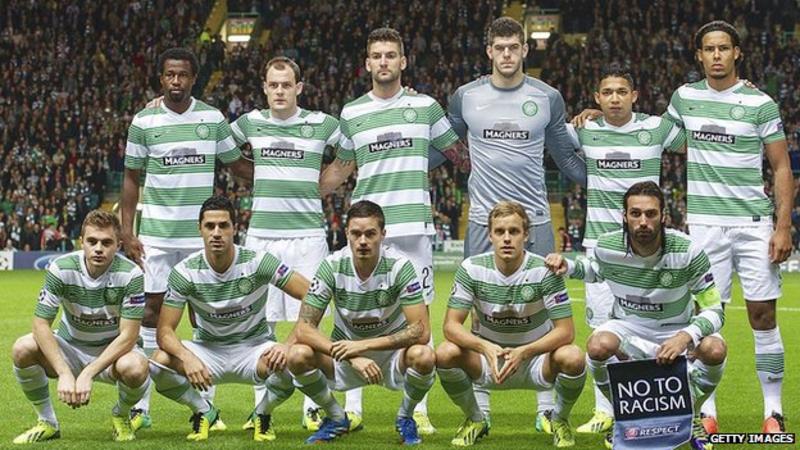 Keeping tabs on his progress, however, was Berg, who was now working as a scout for Brondby.

“The thing with Teemu is, even though he didn’t score many goals at Schalke and Celtic, his goals-per-minutes ratio was actually good at those clubs,” he says.

The statistics certainly spoke for themselves. At Schalke his goals-per-minutes ratio was almost on par with his record at Norwich, while at Celtic he still averaged around a goal every other game.

“I knew his agent and thought I’d try and get him to Brondby,” adds Berg. “I didn’t think there would be a chance because it was a bit of a step down but they said yes.”

A step down it may have been but ultimately it was the move that made Pukki the player he is today.

At the Danish club he would come to work under German coach Alexander Zorniger, who felt Pukki needed to become fitter so that he could do more defensive work- to drop deep, pick up the ball and help build attacks.

“I was probably a bit lazy,” Pukki told the Eastern Daily Press earlier this year. “I was not doing the defensive work I should have done, and that’s one thing Zorniger taught me. When I do defensive work well it always helps my offensive game.”

Suddenly, all that potential that had seemingly laid dormant for years was released. Pukki scored 48 goals in 90 games for Brondby and once again interest in his services was high.

Flying at the Canaries and fame in Finland 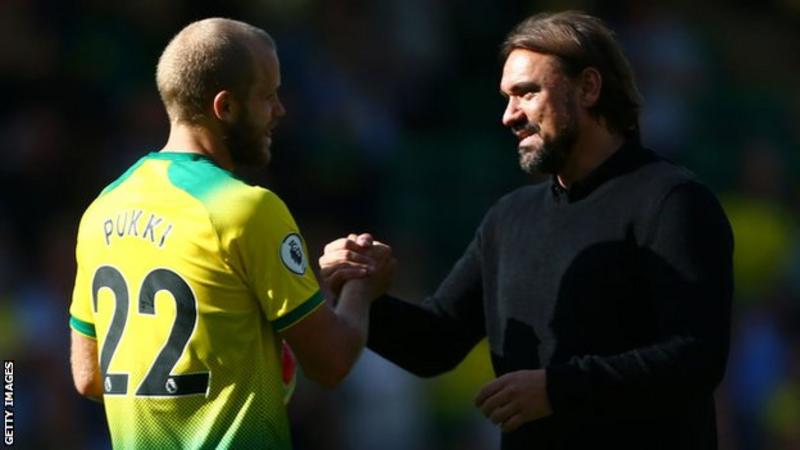 Unable to agree a new contract at Brondby, several clubs expressed an interest but it was Norwich who proposed the most attractive deal for Pukki, particularly given the expressive, passing style of football that the Canaries played that suited his game more.

After scoring 29 goals in 43 Championship games to help Norwich win promotion to the Premier League, he has six goals in eight games with Norwich continuing to keep faith in the system that has served them, and Pukki, so well.

“Am I surprised by how well he’s done? Yes,” Match of the Day pundit Alan Shearer tells BBC Sport.

“He has had a very good start in the Premier League but the task now is for him to maintain that. If you can find someone to score you 15 Premier league goals then you have got a very good chance of staying up. With six goals already he is well on his way to that.”

Pukki’s form over the last year has seen his popularity in his homeland soar.

He has a featured on the front pages of newspapers and magazines in recent months while his goalscoring exploits – and Norwich’s promotion – have given TV bosses in Finland one or two headaches.

Liverpool are by far the most popular team in the country but Pukki’s performances have led to an increase in demand for Norwich games to be shown live.

Tero Vaatainen is part of a group of supporters called ‘Finnish Canaries’, who gather in the Finnish city of Tampere to watch Norwich matches whenever they can.

“Right now he is massive,” he tells BBC Sport. “After every Norwich game there is at least one story on it in all the newspapers, focusing on how Pukki played.

“He is almost getting to Sami Hyypia and Jari Litmanen level in terms of a popular player in Finland.” 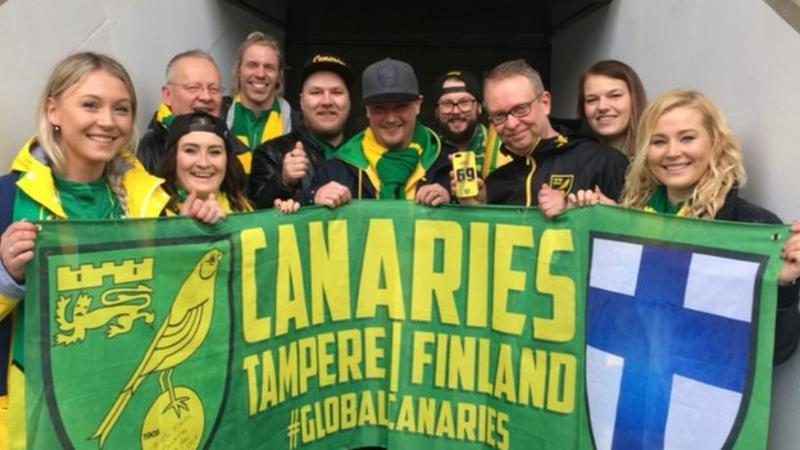 One thing that would elevate Pukki to the same level as those two would be if he can score the goals to fire Finland to Euro 2020.

After Saturday’s game against Bosnia and Herzegovina, Finland host Armenia next Tuesday. Victories from both of those games would all but guarantee automatic qualification for Markku Kanerva’s squad.

It would also push him closer to surpassing Litmanen as Finland’s record goalscorer. Pukki has 20 international goals, 12 behind the Finland legend.

“I think that would be the clinching point,” adds Vaatainen. “He would go past Litmanen and Hyypia and some of the others.”

From a player who looked destined to fail in his quest to succeed in Europe’s top leagues to being on the verge of perhaps becoming Finland’s greatest player is, by anyone’s standards, be some turnaround.

“If you look at his back-story, there have been quite a few clubs who have really fancied him and it has not happened for him,” BBC pundit and former Liverpool defender Mark Lawrenson says.

“That is the thing – eventually, if you have got that ability, which undoubtedly he has, it will happen for you. And obviously it has happened for him in the end.”