The future of Team Sky has been cast into doubt after its owner and sponsor, broadcaster Sky, confirmed it will end involvement in professional cycling after the 2019 season, the British-based outfit said on Wednesday.

The decision means the hugely successful team, which has won eight Grand Tours since 2012, will need to begin the search for another source of funding from the beginning of 2020 and continue to compete under a new name. 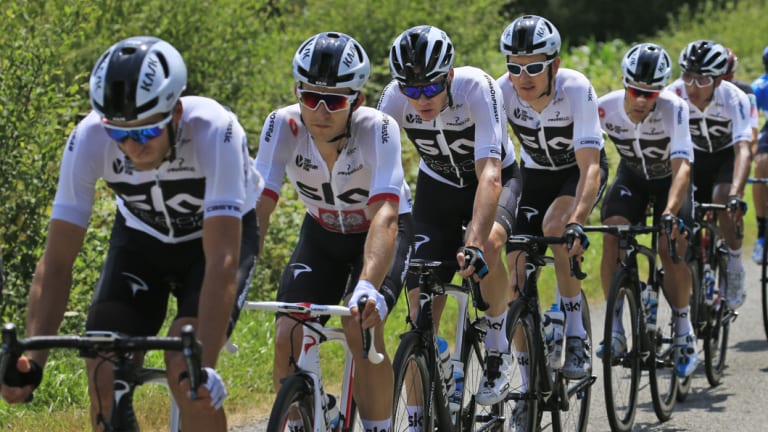 No more: The star-studded Team Sky will no longer race after the 2019 season.Credit:AP

"While Sky will be moving on at the end of next year, the team is open minded about the future and the potential of working with a new partner, should the right opportunity present itself," team principal Dave Brailsford said in a statement.

"We aren't finished yet by any means. There is another exciting year of racing ahead of us and we will be doing everything we can to deliver more Team Sky success in 2019."

Team Sky was founded in 2010 with an ambitious goal of securing a first Tour de France victory by a British cyclist within five years, a feat they achieved just two years later when Bradley Wiggins triumphed in Paris.

Chris Froome then claimed the first of four Tour de France wins a year later and became the first cyclist in more than 30 years to hold all three Grand Tour titles at the same time when he added the 2017 Vuelta a Espana and 2018 Giro d'Italia to his list of honours.

Earlier this year, Froome's team mate Geraint Thomas became the third Briton to win the Tour de France for Sky, who have amassed 322 overall victories since their formation.

"The end of 2019 is the right time for us to move on as we open a new chapter in Sky's story and turn our focus to different initiatives including our Sky Ocean Rescue campaign," Sky Chief Executive Jeremy Darroch said.

In an open letter to fans on Wednesday, Team Sky said changes at the satellite broadcaster had played a part in Sky's decision to withdraw from cycling.

The announcement follows news of the arrival of McLaren, one of the biggest names in motorsport, into the world of professional cycling in a bid to topple Team Sky.

In a move that could shake up the sport, the Woking-based company announced at the team’s winter training camp in Hvar yesterday that it is entering into a partnership with Bahrain-Merida, the team of 2014 Tour de France winner Vincenzo Nibali.

The partnership, which is being described as ‘‘long-term’’, will be with McLaren’s Applied Technologies and Marketing and Commercial divisions – which accounts for almost 700 staff – making Bahrain-Merida one of the best funded, and certainly one of the best resourced, teams in the sport. 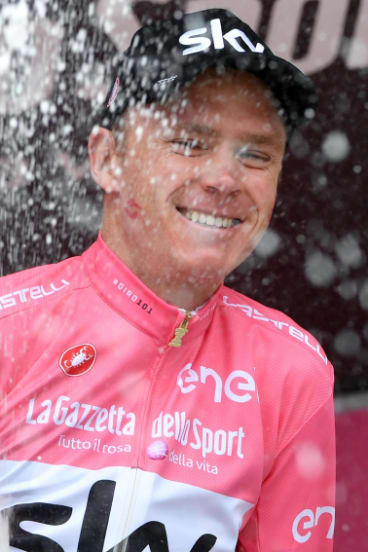 Chris Froome celebrates one of his many victories under Sky’s name.Credit:ANSA

Team Sky lead the way in terms of World Tour team budgets and last year’s was about £35 million ($60.7 million). Yet that is paltry by Formula One standards. McLaren’s racing programme costs upwards of $350 million a year.

And while the company will be putting only a fraction of that amount into this project in terms of hard cash – it would not discuss budgets beyond saying ‘‘there is no free ride’’ and its ‘‘commitment would match the team’s ambition to be the best’’ – even the use of its state-of-the-art facilities in Woking, including wind tunnel, plus access to Applied Technologies’ intellectual property, gives Bahrain-Merida the sort of backing of which other teams can only dream.

It is understood that an equity structure is being drawn up, making McLaren ‘‘50-50 joint venture partners’’, while a special project team, led by Applied Technologies’ health and human performance director Duncan Bradley, will spend the first half of 2019 working with Bahrain-Merida to pinpoint areas where McLaren can have the biggest impact.

It will not be McLaren’s first foray into cycling. Applied Technologies signed a deal with UK Sport in 2009, working with Team Sky and British Cycling in the build-up to London 2012. More recently, McLaren worked with the American firm Specialised to produce the S-Works+McLaren Venge bike Mark Cavendish used to win the green jersey at the 2011 Tour de France and that year’s world road race in Copenhagen.

John Alert, McLaren’s chief marketing officer and one of the driving forces behind the venture, denied that reservations about how the team might be received were behind the decision not to carry the McLaren name initially.

‘‘The name of the team in 2019 is already set as Bahrain-Merida,’’ he said. ‘‘We’re proud of the association. And I think there is certainly the possibility of the name McLaren being part of the team in the future in some way. We’re not coming in saying ‘Everyone else has been getting it wrong and we are going to get it right’. We’re looking for areas where we can make a difference.’’

Reuters and The Telegraph, London