EXCLUSIVE: At just 16, Anna Hursey has worked with the UN and helped President Biden’s bid to tackle the climate crisis… now the table tennis star is ready to light up the Commonwealth Games in Birmingham – just weeks after finishing her GCSEs

She has competed at the Commonwealth Games, worked with the United Nations and been approached by the White House – all by the age of 16. It is no wonder Anna Hursey is now planning world domination.

‘I hope to be No1 in the world and win the Olympics,’ the Welsh teenage table tennis sensation tells Sportsmail. ‘Then maybe one day I will go into politics.’

Hursey’s next stop is Birmingham 2022, where she will be competing just weeks after completing her GCSEs. Even that, though, makes her a relative veteran given she made her first Commonwealth Games appearance at the age of 11. 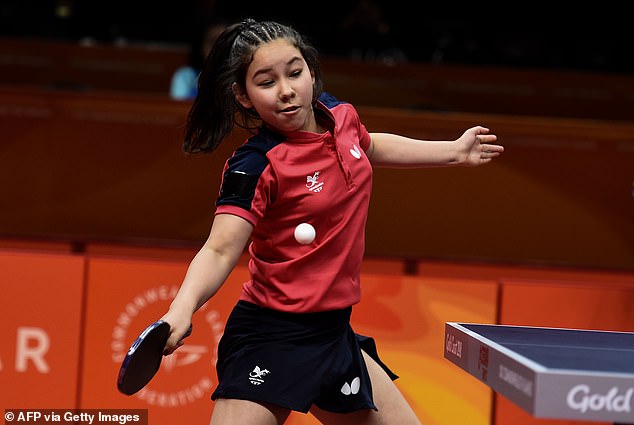 Her appearance at Gold Coast 2018 made her the youngest athlete in the history of the Games and also the youngest to represent Wales at senior level in any sport. Unsurprisingly, it also led to a lot of media attention, not that the Cardiff schoolgirl was fazed.

‘There was loads of interviews but it was quite cool because I got to have my own bodyguard!’ smiles Hursey, who appears on a giant poster outside Birmingham’s Bullring shopping centre.

‘I was really young but I loved being there and it was a great experience. I don’t know if I am a completely different person now but I know I have matured a lot.’

Such maturity is perhaps why Hursey has been courted by some of the most powerful political bodies in the world. When she was 13, the keen environmentalist was invited to become a United Nations ‘young champion’ for climate change.

Last year, aged 14, Wales’ answer to Greta Thunberg was emailed by the US Embassy asking for her to help with President Joe Biden’s bid to tackle the climate crisis.

‘It was very surprising to be emailed,’ says Hursey, whose interest in climate change started because of her struggle with asthma. ‘They said, “We have seen everything you are doing, we would really like to be involved with you”.

‘I had a meeting with them last year in lockdown. We are trying to work out what I can do for them in the future. Hopefully I can give some speeches. 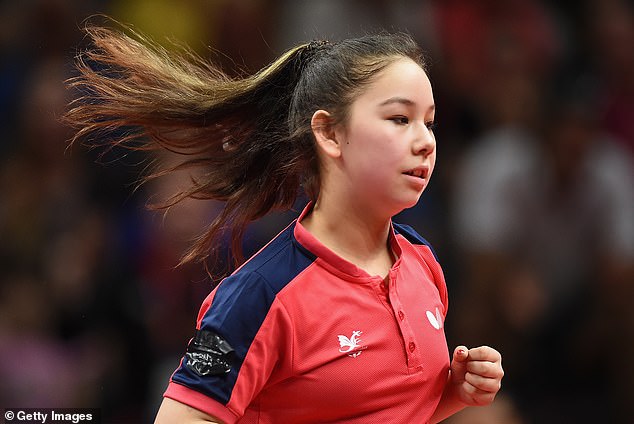 ‘Greta Thunberg has done a lot and she is very passionate about it and I look up to her. I am going to continue studying about climate change and seeing what I can do.’

For the next few days, though, Hursey will focus on her duties as an athlete not an activist as she looks to win a medal for Wales.

At the Gold Coast, she failed to get out of the group stage of the singles with one win and one defeat. In the team event, Hursey won two of her doubles matches to help Wales reach the quarter-finals, where they lost to hosts Australia.

‘The singles will be a very high level but I know I have improved a lot,’ she adds. ‘In the team, this time Wales are a lot stronger. We are going to try and win a medal. I am really excited.’

National Lottery players raise more than £30million a week for good causes including vital funding into sport – from grassroots to elite. Find out how your numbers make amazing happen at: www.lotterygoodcauses.org.uk and get involved by using the hashtag: #TNLAthletes.