STAR Gate looked out of this world in the Winter Novices' Hurdle at Sandown.

The youngster displayed an impressive turn of foot in testing conditions in the Grade 2 to preserve his unbeaten record. 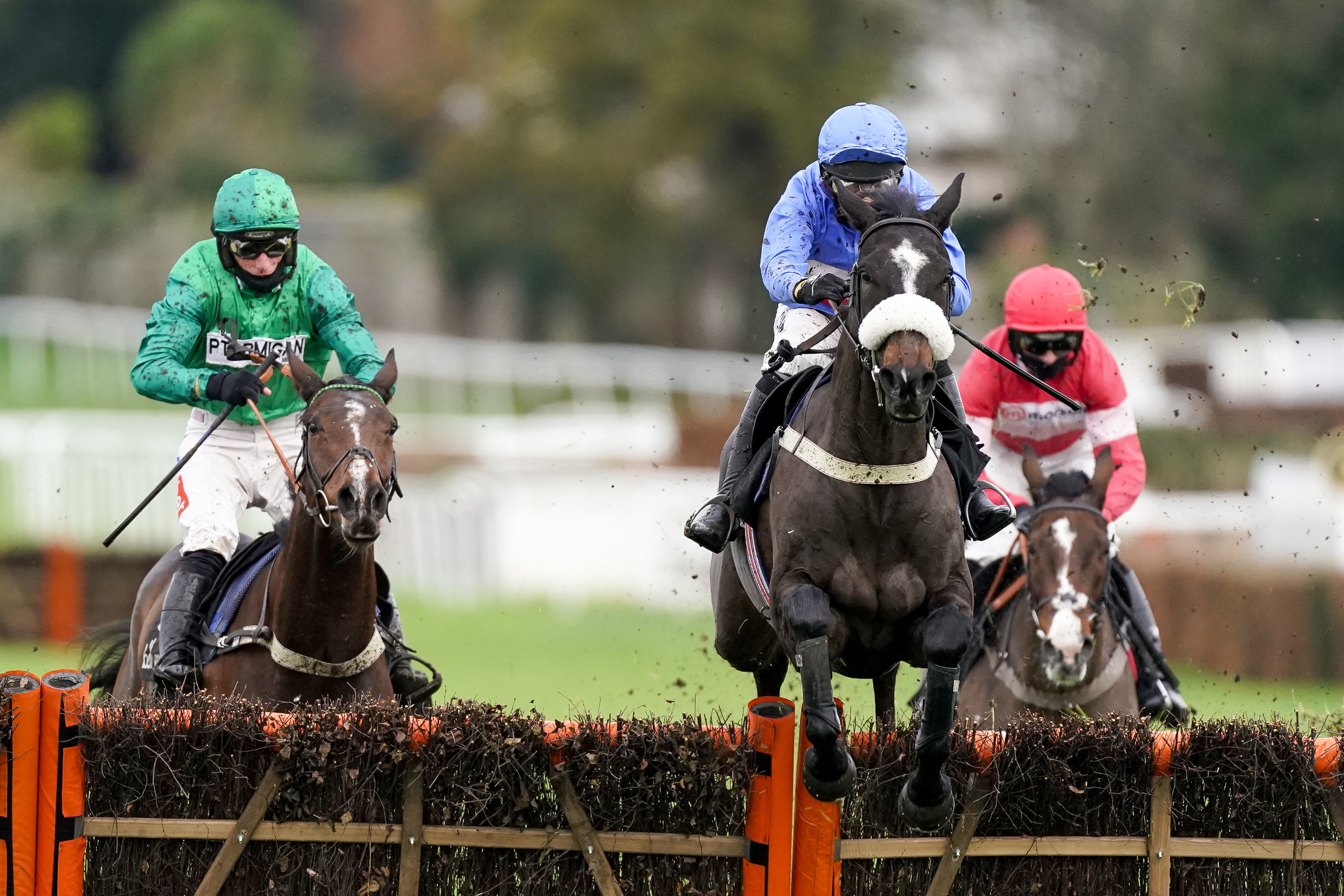 In front of 1,275 racegoers, Star Gate took a lead from Sending Love in the early stages in the classy three-runner field.

He was eight and a half lengths clear of Valleres (5-2) at the line, with Sending Love (2-1) a tired third.

Star Gate was introduced at 20-1 for the Ballymore Novices' Hurdle by Coral, but trainer Evan Williams is likely to take things slow and steady.

He said: "He is a nice horse. It's very difficult when there's such a small field, though.

"While he is a nice horse he's very much a baby so every step with him is an important step.

"I think we want to be careful with him. I don't want to say what we'll do or where we'll go.

"I don't think he's one I'd want to run again too quickly as that was very heavy ground and he is only a four-year-old."

Winning rider Nico de Boinville, who was having his first ride for Williams, said: "I was really impressed. We didn't go much of a gallop early on, but we certainly quickened up very well.

"He was very impressive over the last and quickened all the way to the line.

"He is still such a raw horse and there is still so much to come from him. As Evan said, he is a big baby still.

"It was just very much a case of looking after him and getting him jumping and away we went.

"We went no pace and that's why I decided to help Harry (Cobden on Sending Love) along otherwise we would have been going very quick to the last. It was great to see him run through the line like that.

"I think two and a half (miles) for now will be his trip."