TOTTENHAM record signing Tanguy Ndombele is already proving he was worth the £65million Spurs paid Lyon for his services.

The midfielder inspired Mauricio Pochettino's men to a pre-season 3-2 comeback win against Juventus – getting the better of new Juve star Matthijs de Ligt. 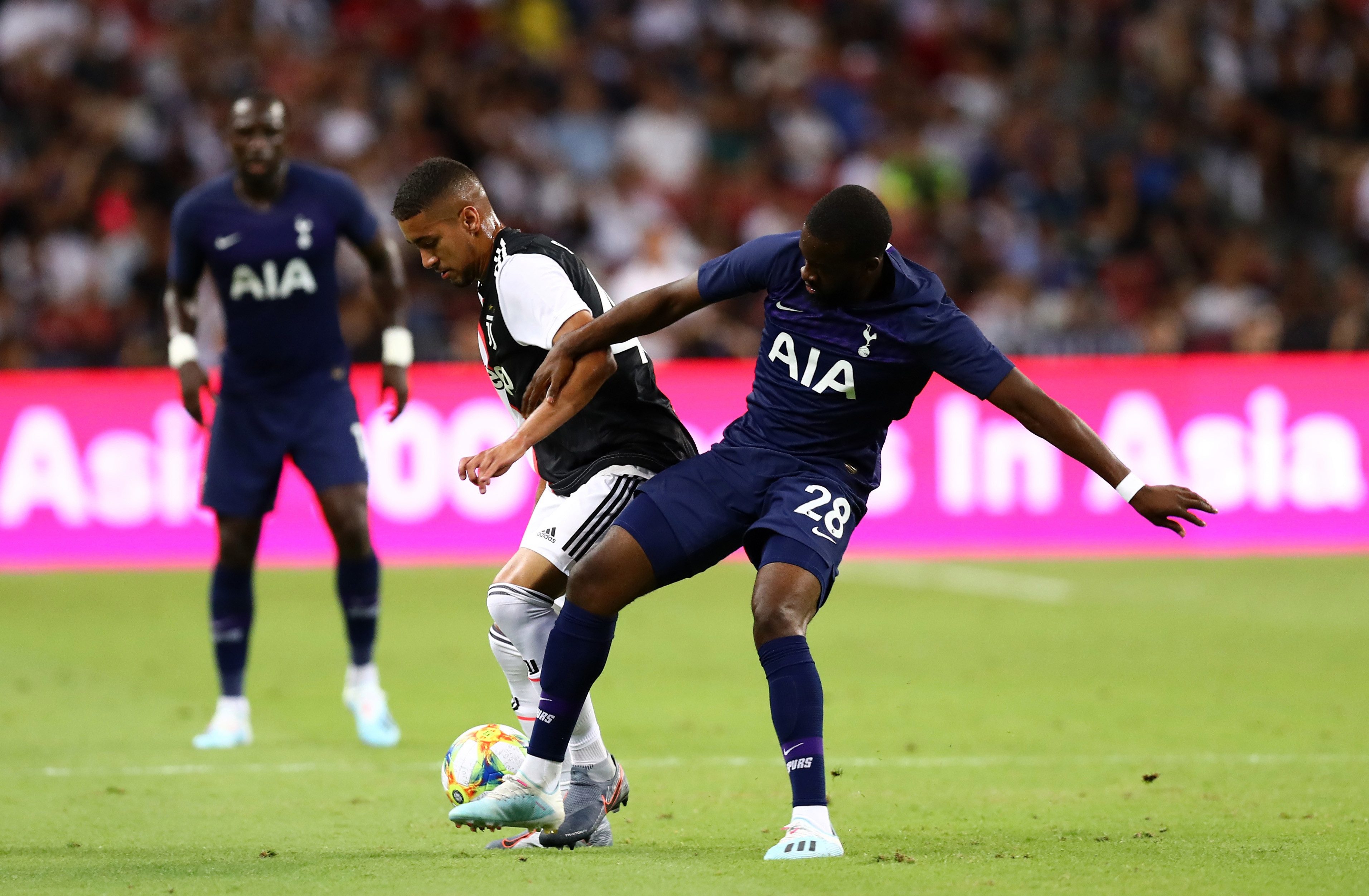 Tottenham fell 2-1 behind the Serie A giants after Gonzalo Higuain and Cristiano Ronaldo cancelled out Erik Lamela's opener.

But Ndombele, 22, fired Spurs right back on track, grabbing an assist with just his SECOND touch for the club.

The Frenchman intercepted a high ball around 40 yards out only seconds after coming off the bench.

And he charged towards Wojciech Szczesny's goal and threaded a precise ball past stunned De ligt and other Juve defenders.

Lucas Moura then slid past his marker and sent it into the net, drawing level at the National Stadium in Singapore.

Only for Harry Kane to bag a breathtaking worldie from the halfway line in the last seconds of the game.

And Spurs fans quickly took to social media to praise their new boy.

One wrote: "Not to be biased or overreactionary but Tanguy Ndombele is the best midfielder in the world."

While another added: "What a player Ndombele is going to be! First touch and an assist!"

A third tweeted: "Ndombele already top 3 midfielders in the world."

And one said: "Ndombele Sissoko link up play is a thing of beauty."