‘Why are you looking at me like that?’: Graeme Souness loses cool on air with Sky Sports host David Jones after Liverpool’s draw with Man United

Liverpool legend Graeme Souness was left furious with Sky Sports host David Jones after taking issue at a ‘look’ he was given during coverage of his former side’s trip to Manchester United.

Souness was asked for his analysis following the 0-0 draw and whether it impacts the club’s title bid when he stopped himself, angry at a look from Jones.

The on-air bust-up, which quickly consumed social media, began when Souness said: ‘Why are you looking at me like that? Do you not agree with me?’ 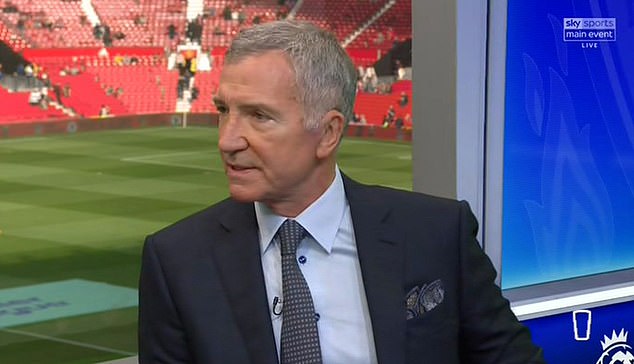 Souness has a reputation as one of the most fiery characters in football, often unforgiving in his assessments of players, and many football fans still to this day recall one standout moment during his time as Galatasaray boss.

Not afraid to stir tensions in the hostile Istanbul derby atmosphere, he planted a Galatsaray flag in the middle of the Fenerbahce pitch following the Turkish Cup final in 1996.

Before the game on Sunday, Souness urged the Liverpool players to seize any advantages and lay down a marker in the title race. 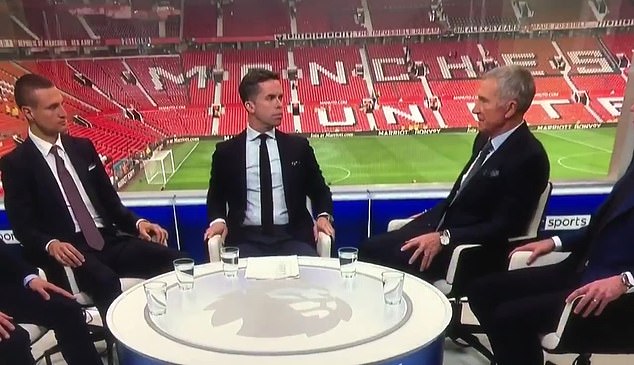 But despite their dominance for spells at Old Trafford, Jurgen Klopp’s side were largely stunted and on return to the studio, Jones quickly looked to get Souness’ take on whether they put in a good performance.

As he was about to continue to give his assessments he took issue with what he felt was a look of disagreement given by Jones – an issue he wanted to meet head on live on air.

Jones, experienced in bringing the best out of the pundits he works with, was left stunned at the reaction from Souness and quickly looked to return the former Liverpool man to football matters.

‘I was just wondering whether they agree with you,’ Jones said, in reference to the other pundits joining Souness on the broadcast. 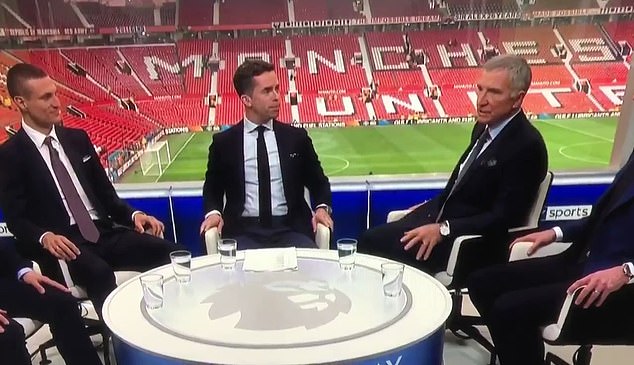 Souness then added: ‘It was just the way you looked.’

Fellow Sky pundits Jamie Carragher, Nemanja Vidic and Gary Neville looked in shock as they tried to contain any laughter building inside at the awkwardness of the exchange.

The crew later shared a photo watching the Carabao Cup final between Manchester City and Chelsea at Hotel Football, adjacent to Old Trafford, but Souness was not pictured.

Taking to Twitter to further clear up the exchange, Jones, along with a video of Forrest Gump frantically running away, joked: ‘Thanks for all your concern … Graeme Souness and I have sorted out our differences in the car park.’